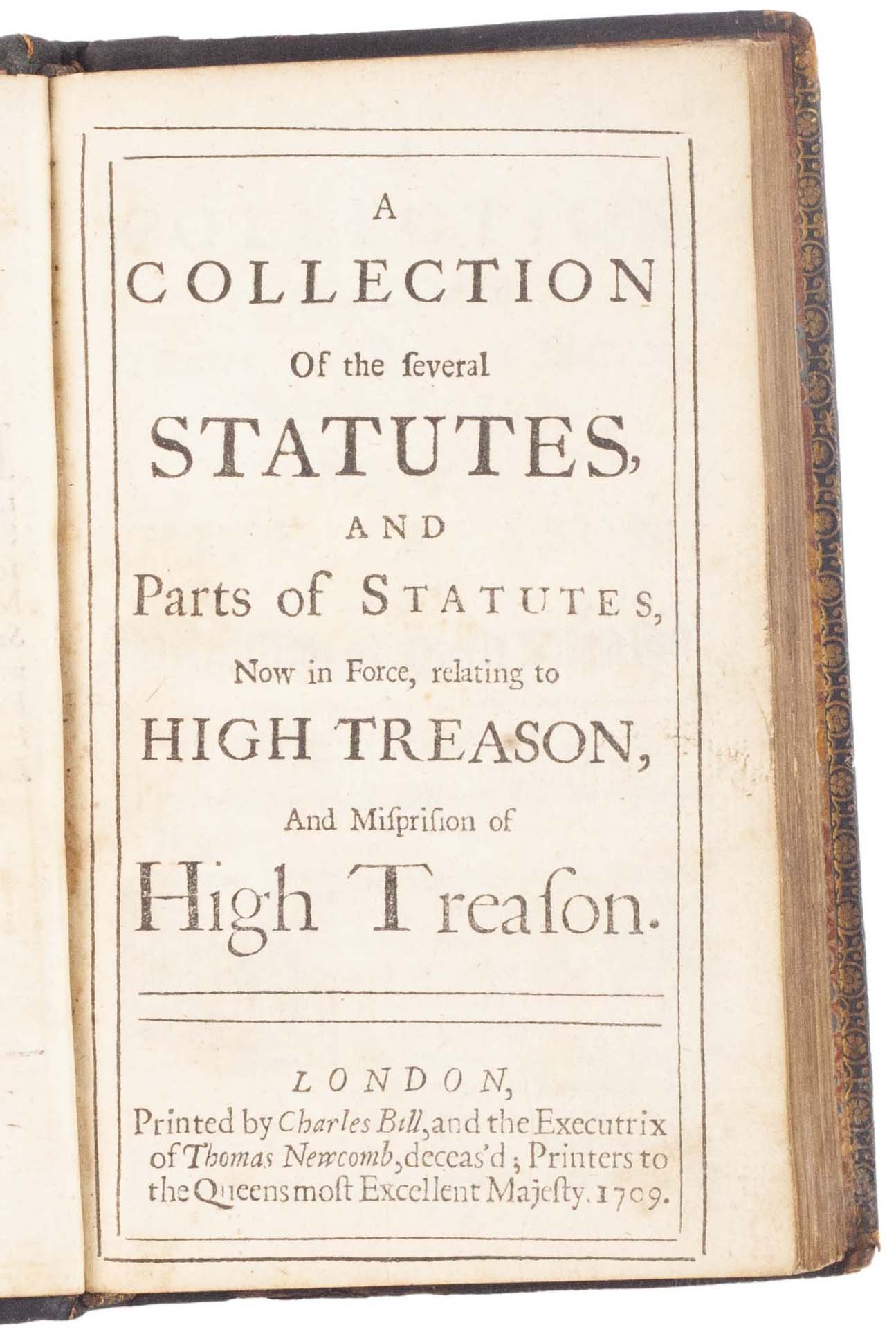 [TREASON.] A Form and Method of Trial of Commoners in Cases of High Treason and Misprision of High Treason, pursuant to the Statute made in the seventh Year of the Reign of the late King William the Third, of England, & c., intituled An Act for Regulating of Trials in Cases of Treason and Misprision of Treason, and also in Cases of other Treasons and Misprisions of Treason, not restrained to the Method directed in that Statute, but remain Triable and to be proceeded upon according to the Course of the Common Law. London, Charles Bill and the executrix of Thomas Newcomb, 1709.

Added to your basket:
A Collection of the several Statutes and Parts of Statutes now in Force relating to High Treason and Misprision of High Treason. 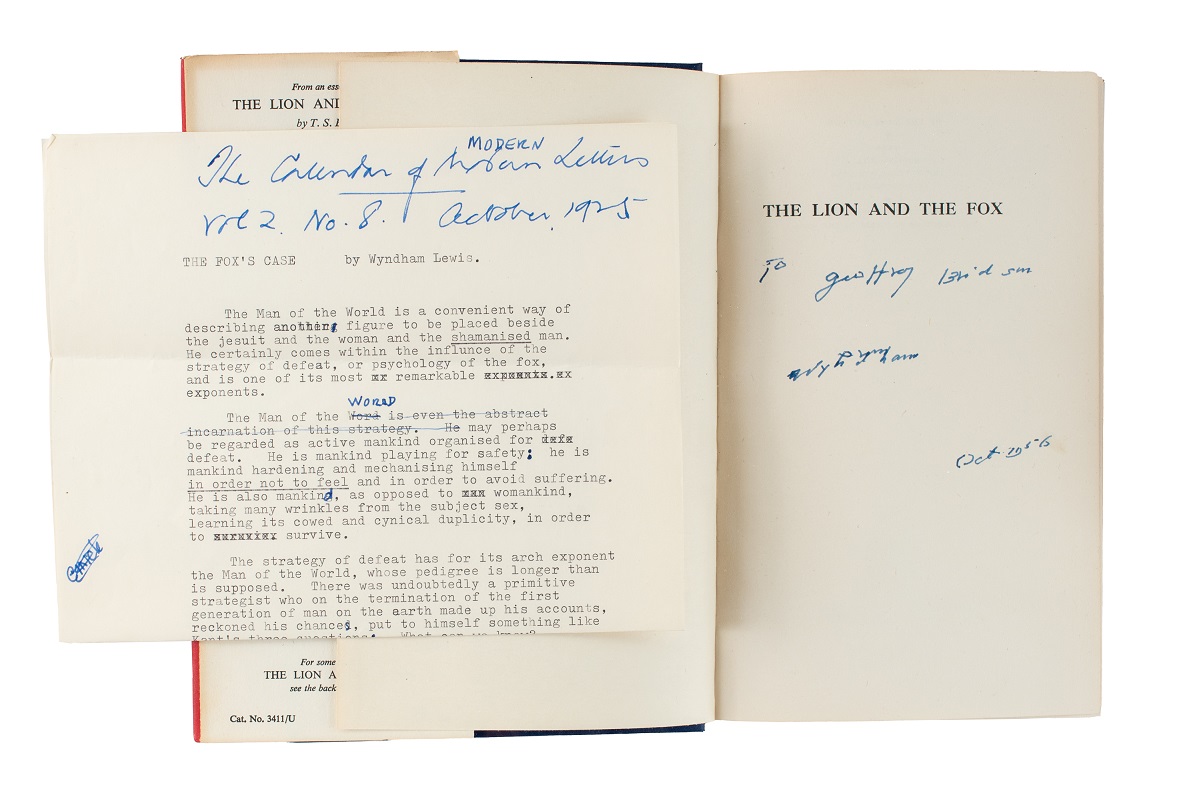