8vo, ff. 15, [1], 32, 127, [1]; first three leaves repaired in the lower margin (not touching text), light foxing to some pages, some waterstaining in the lower margin of the last few quires, but a good copy in early eighteenth-century stiff vellum, flat spine with red morocco lettering-piece; vellum on the spine cracked but repaired, somewhat soiled; early ownership inscriptions on the title-page, including the date 1717.

‘Venusti examines into the elements of a just price which he considers to be the one prevailing at the time and place of a contract - the circumstances of selling and buying, the quantity of goods and money, the number of buyers and sellers, and the convenience and usefulness of the bargain, according to the judgement of upright men incapable of dishonesty. [He] makes a minute analysis of these elements, illustrating them by the theory of supply and demand, and to some extent opposing this by the theory of cost of production, asserting that giusto prezzo springs from abundance or scarcity of goods, and of merchants and money, not from cost, labour, or risk’ (Palgrave III, p. 618). 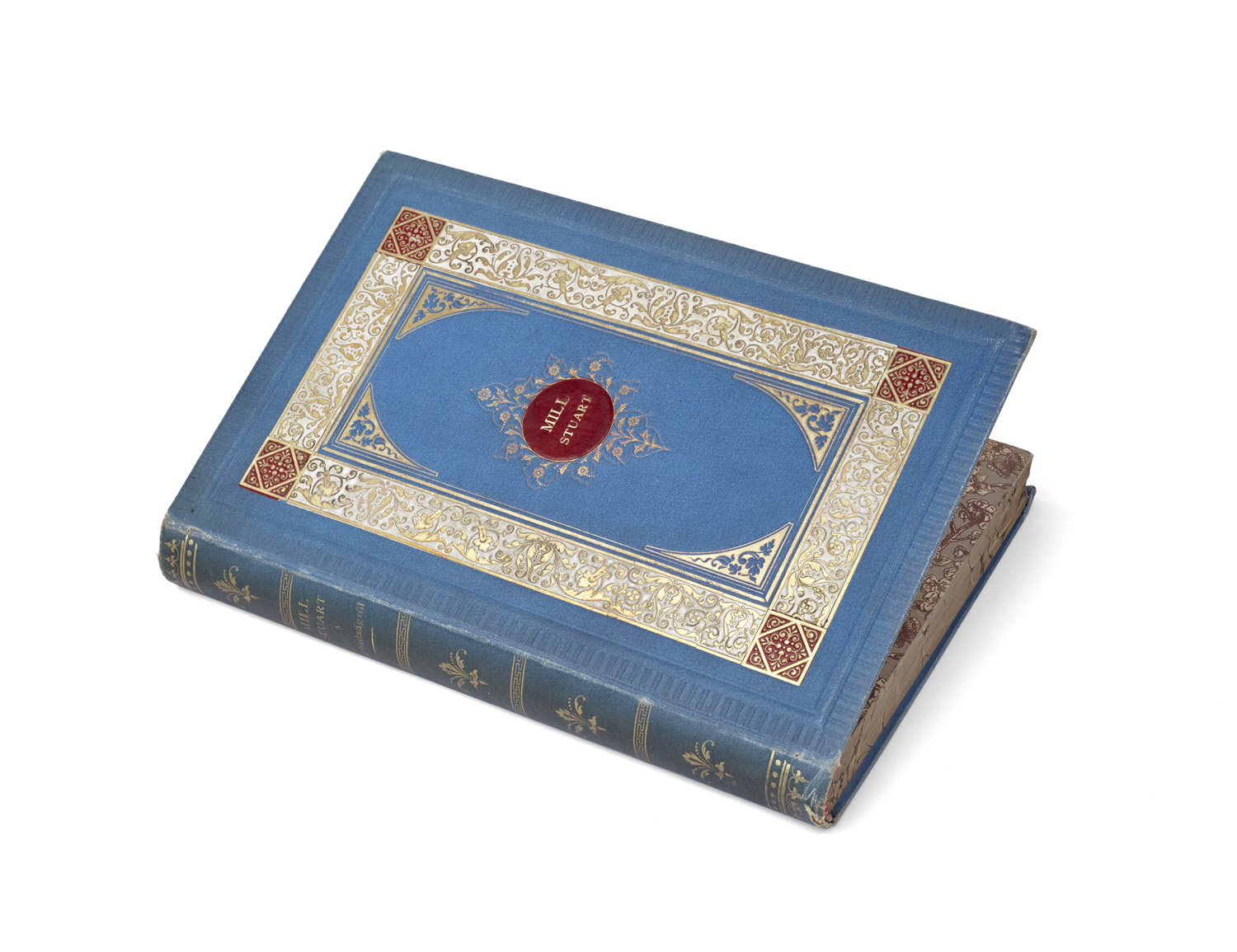 ‘ON LIBERTY’ IN HUNGARY, AT THE RIGHT TIME MILL, John Stuart.

Extremely rare (1 copy worldwide) first Hungarian edition of John Stuart Mill’s On Liberty.
This translation, published in Pest, came out as the Habsburg Emperor accepted the consequences of a twenty-years-long strife for autonomy and rights on the part of Hungarian subjects. Mill’s anti-paternalistic view of liberty, which claimed a threefold understanding of the concept (the “inward domain of consciousness,” liberty of tastes and pursuits, and the freedom to unite with others) would have rung clear that year on the occasion, in the same year 1867, of The Austro-Hungarian Compromise, or Composition, which partially re-established the sovereignty of the Kingdom of Hungary, separate from, and no longer subject to, the Austrian Empire.