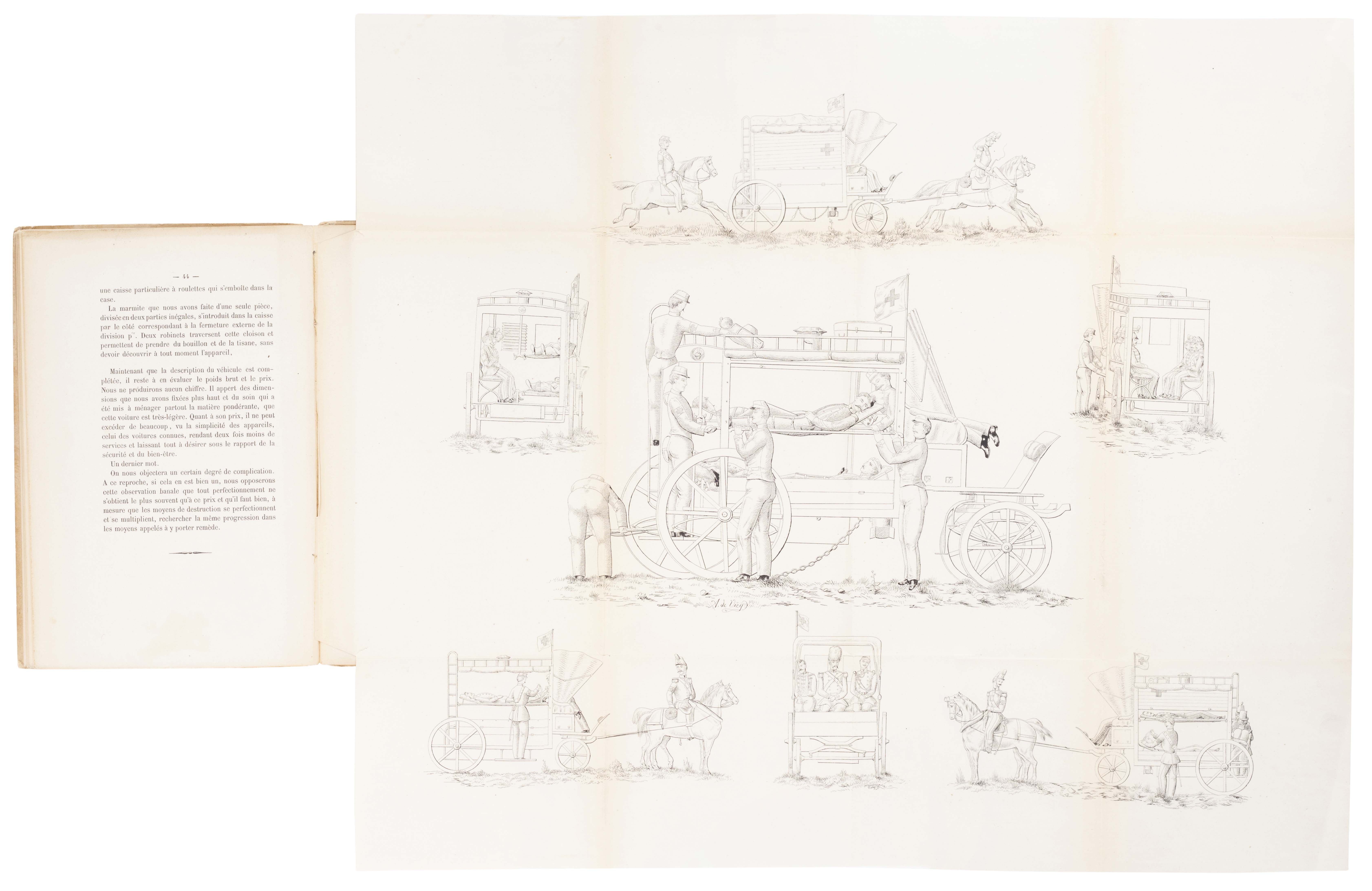 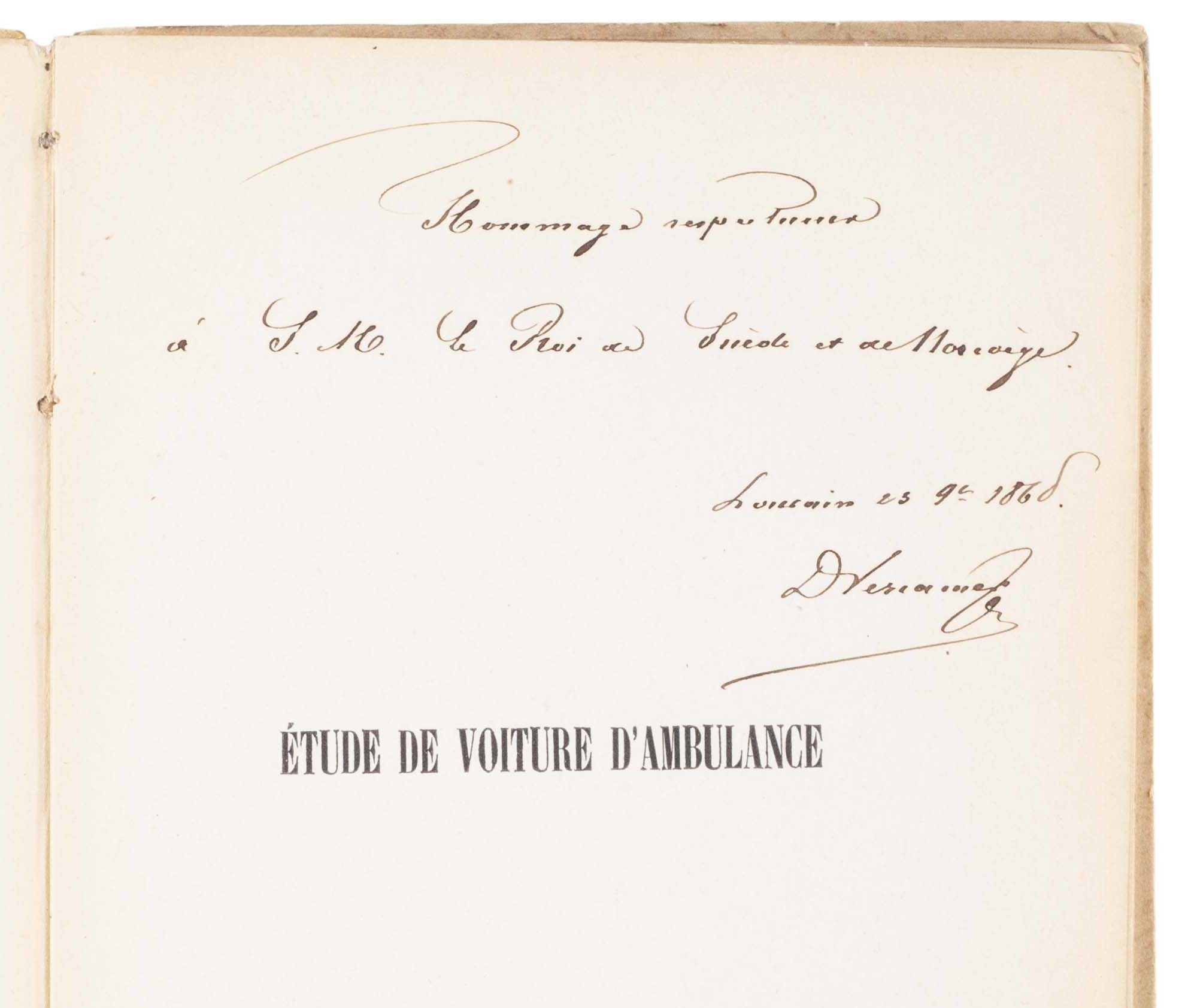 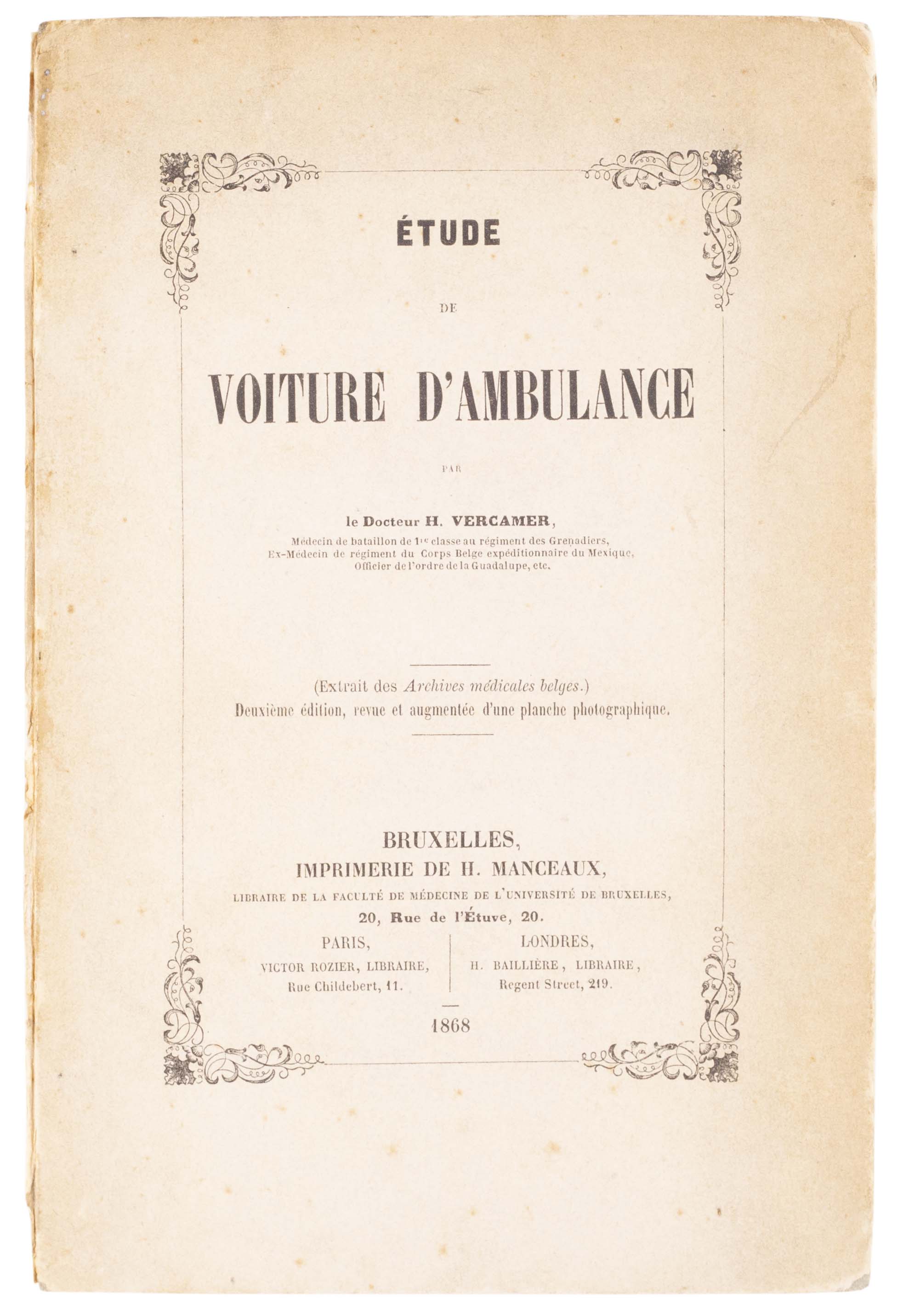 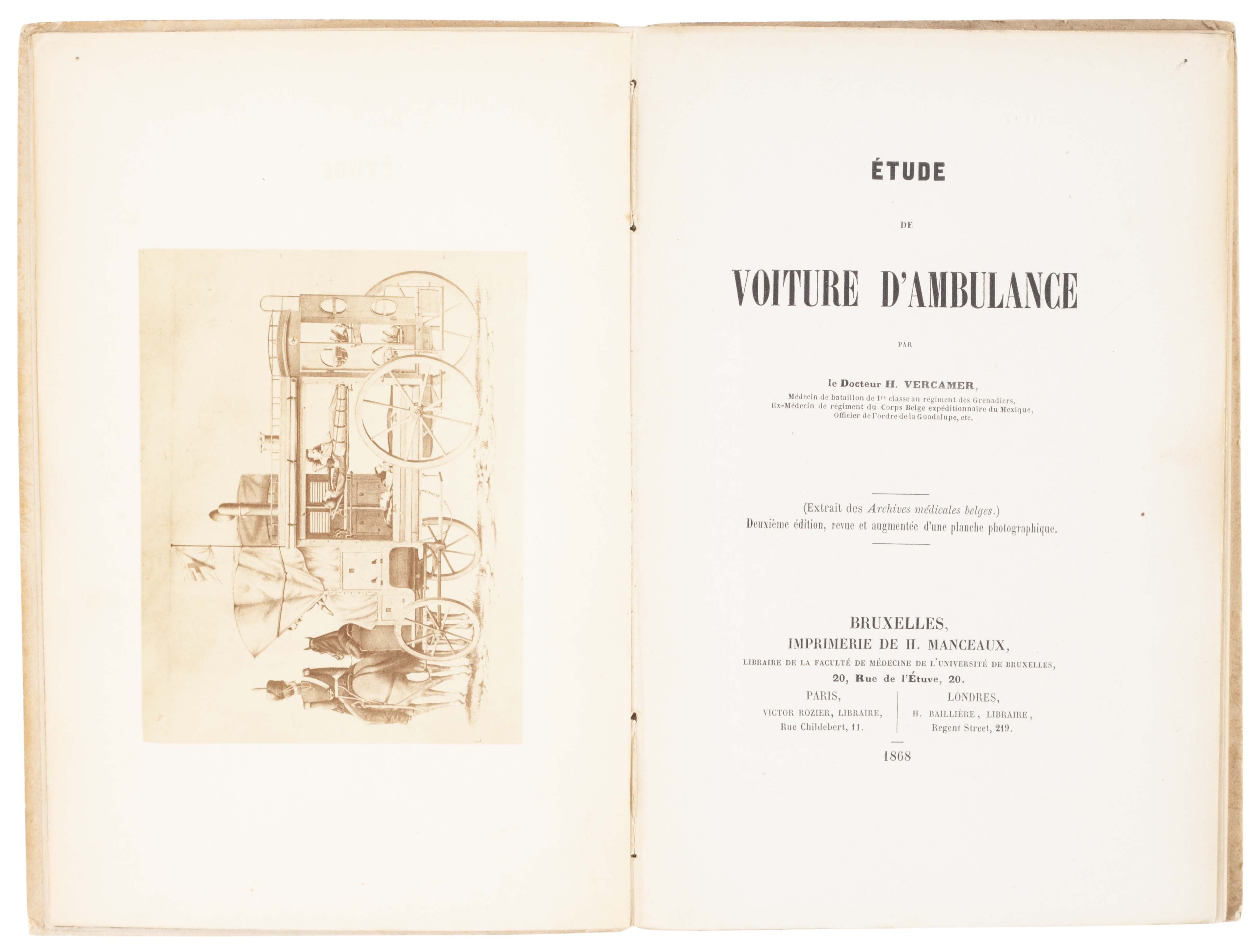 8vo, pp. 44, with photographic frontispiece and two large folding plates; presentation inscription from the author to Karl XV of Sweden, with the latter’s monogram stamped in blind on title-page; clean and fresh in the original printed boards; spine largely lacking, and some light marking, but still an attractive copy.

Second edition, but the first in book form, of this rare study of the ideal form of ambulance for use in military contexts, by the Belgian army physician Henri Vercamer (1831–1870).

Vercamer’s experiences of the various methods of removing the wounded from battlefields left him with an awareness of the differing requirements of particular circumstances, but also of the need to have one single type of ambulance, which must be as versatile as possible. The recent Exposition universelle in Paris included a number of different types of field ambulance, which allowed Vercamer to study the different approaches and take the best parts of each. The model he proposes is especially influenced by the American model at the exhibition, which featured detachable litters which hung on shock absorbers. Here he describes his proposal, and illustrates it not only with two large folding plates (the first a technical diagram of the carriage, the second an illustration of the various contexts in which it might be used), but also with a photographic frontispiece of a drawing of Vercamer’s ambulance in use. The bulk of the text had previously appeared earlier in the year in the Archive médicales belges, but the details are here fleshed out, and the photograph is new.

Outside continental Europe, OCLC records three copies, at Duke, NLM, and the Wellcome.

The constant mistress ... with engravings by Eric Gill.

No. 174 of a limited edition of 300 copies. Enid Clay was Eric Gill’s sister; he also provided engravings for her Sonnets and Verses (1925). Gill’s collaboration with the Golden Cockerel Press was enormously successful: ‘For a while the Golden Cockerel was Eric Gill’ (Fiona MacCarthy, Eric Gill p. 187). ‘No other wood-engraver of the period comes near to Gill’s originality and verve’ (ODNB).