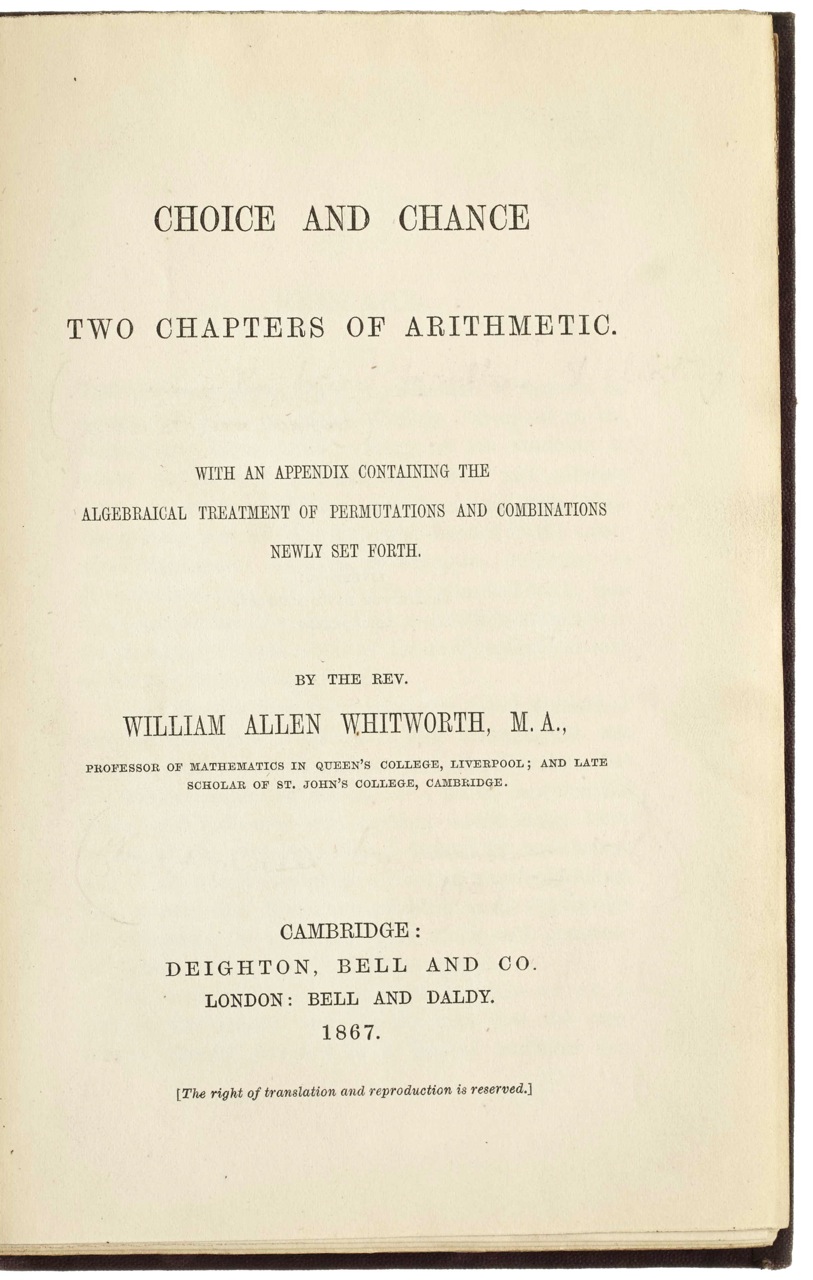 Added to your basket:
Choice and chance.

First edition, scarce especially in good condition, of a key work in the history of probability and statistics. Whitworth’s best-known book, an accessible presentation of problems of probability and associated areas, was derived from a series of lectures delivered before the women of Queen’s College, Liverpool, in 1866, the year of the first appearance of Todhunter’s History. Whitworth was both an able priest and mathematician, serving in Liverpool and London, and at his death was the vicar of All Saints, Margaret Street, in Marylebone.

OCLC finds only 4 copies in North America (including Chicago) and 6 in the UK (BL, Cambridge, NLS, St Andrews, Leicester, Manchester).

On the Development of exponential Functions, together with several new Theorems relating to finite Differences … from the philosophical Transactions.