Added to your basket:
A Practical View of the prevailing religious System of professed Christians …  the seventeenth edition.

A presentation copy, inscribed on the front endpaper: ‘To my Old College Friend Robt Holford Esqr this Book is presented as a slight pledge of the Cordial Regard of his Brother Johnian WWilberforce / Brighston 1st Oct 1830 Isle of Wight’.

Robert Holford (1758–1838), was admitted fellow-commoner at St John’s 1775.  ‘At College he made the acquaintance of his lifelong friend Sir Henry Oxenden, with whom he travelled in Europe.  Tierney and Wilberforce [who matriculated in 1776] were also his intimate friends’ (Alum. Cantab.).  He was widely read, but pursued no career other than that of a country gentleman and philanthropist; he was a member of the Royal Society and the Royal and London Institutions, and succeeded to the Westonbirt in estates Gloucestershire in 1804.  He ‘resided latterly chiefly at Niton, Isle of Wight’, where he had an ‘extensive and valuable library, and splendid collection of prints and paintings’.

After some disastrous financial missteps Wilberforce was forced to let out his house Highwood in 1830 and split his time between the vicarages of his two sons.  Samuel was then incumbent at Brighstone on the Isle of Wight, just up the coast from Niton, and Wilberforce obviously took the opportunity to reconnect with his fellow Johnian. 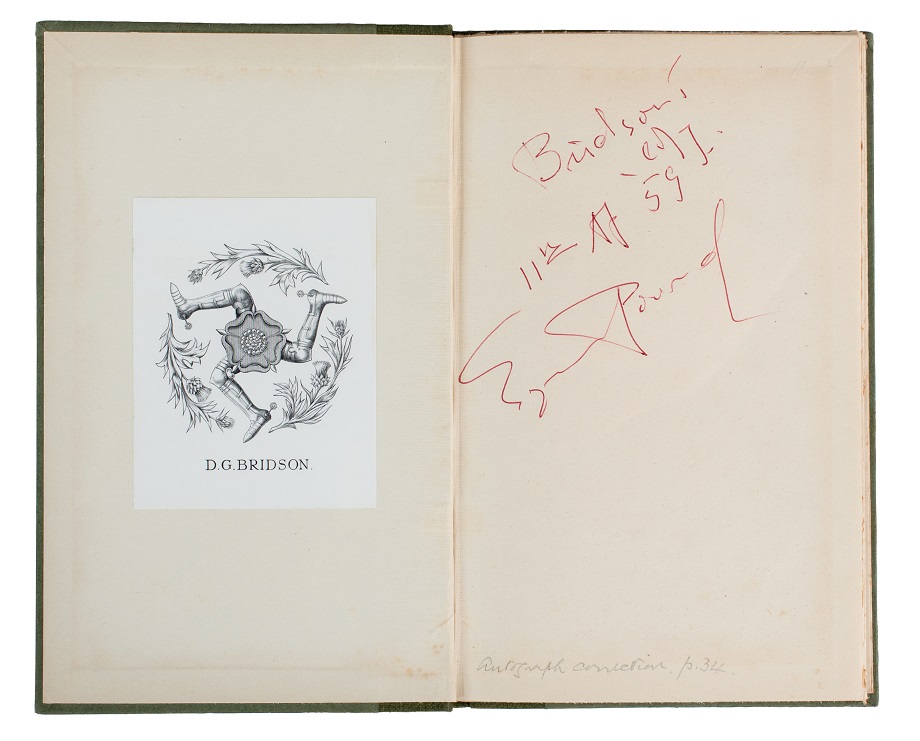 First edition, one of 500 ordinary copies (there were also 100 signed copies on handmade paper’, inscribed ‘Bridson / 11 April ’59 / Ezra Pound’. This work contained the first English publication of Cantos I-III, not printed in that order.