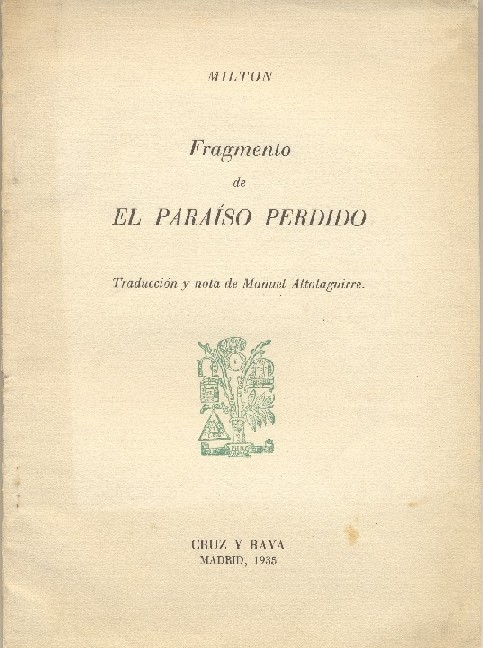 A rare off-print from Cruz y Raya, the periodical edited by José Bergamín. This is the first appearance in print of Altolaguirre’s translation from Book II of Milton’s Paradise Lost.

The visions of Dom Francisco de Quevedo Villegas, Knight of the Order of St. James. Made English by Sir Roger L’Estrange, Knt. . . . The tenth edition, corrected.

First published in 1667; the first, and very popular, complete translation into English of Quevedo’s satirical Sueños. The hugely prolific Sir Roger L’Estrange (1616–1704) also made translations of Cervantes’s Novelas ejemplares (as The Spanish Decameron, 1687) and some lighter pieces from Spanish, besides his various translations from the classics. ‘L’Estrange’s method of translation was closer to that of the Augustan “imitation” than what Dryden called “metaphrase”: its aim is always to bring the author into a racy English present’ (Oxford DNB).