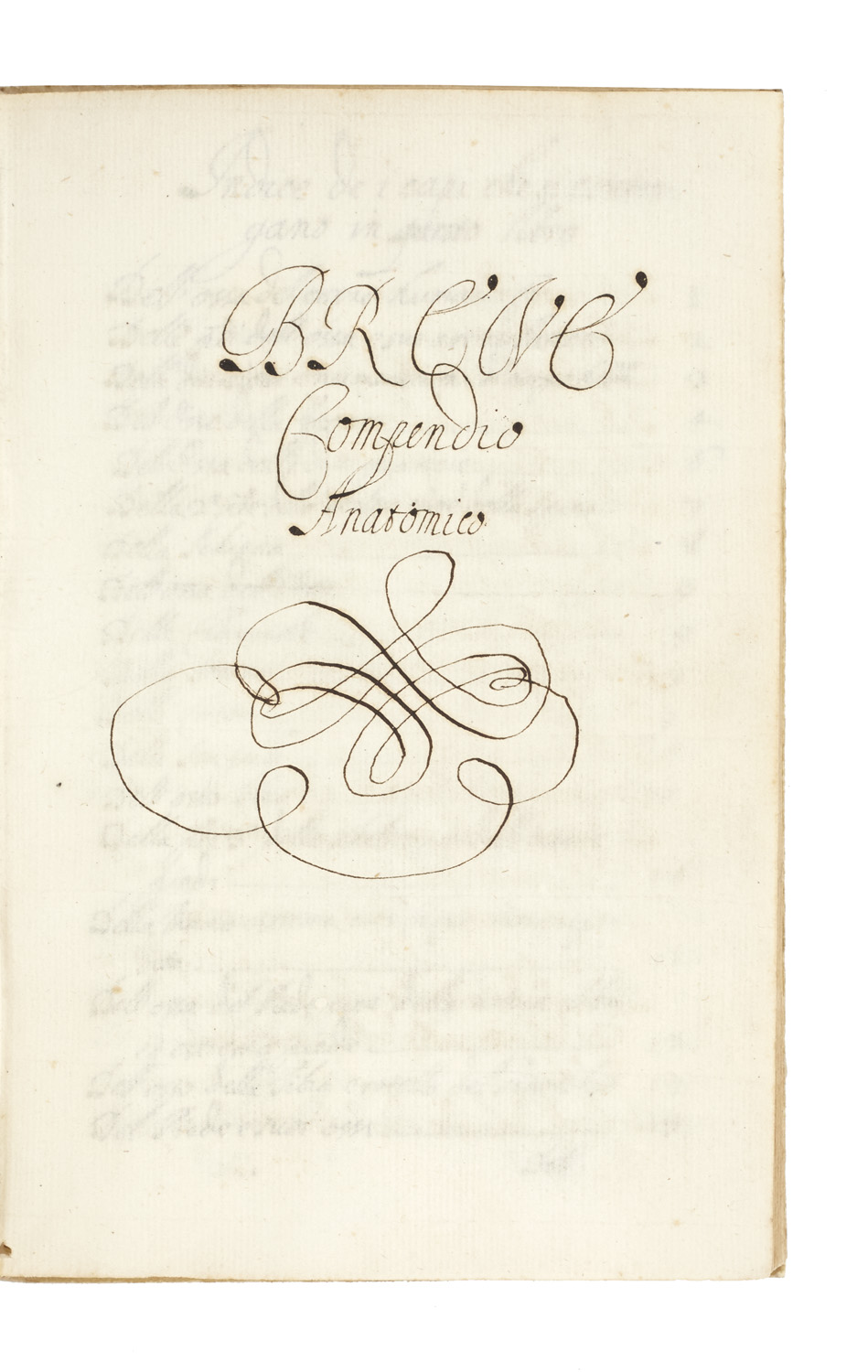 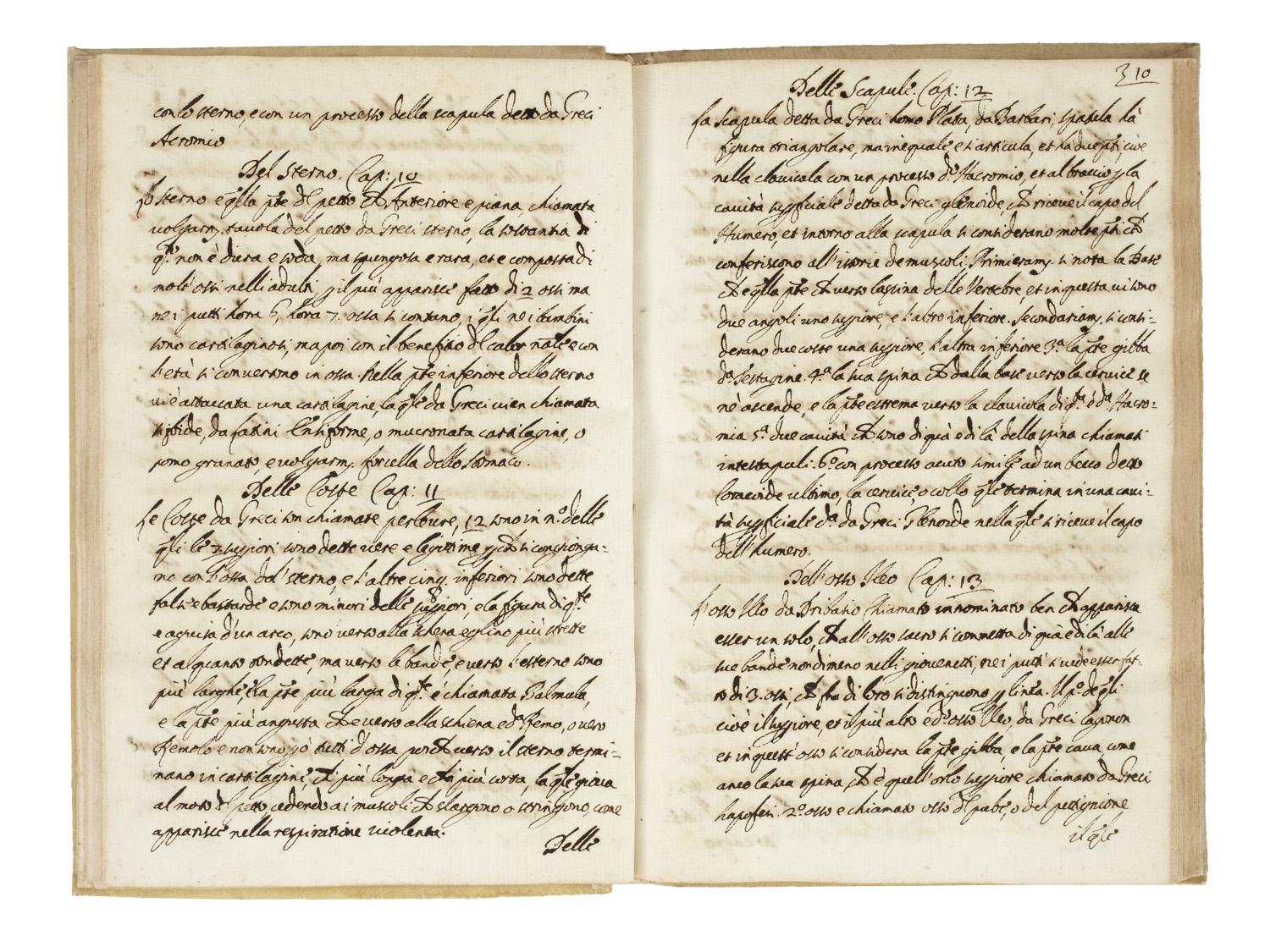 A handsome set of apparently unpublished notes on orthopaedics by an anonymous medical student, compiled in Italy in the early eighteenth century, covering bones, cartilage, ligaments and muscles. The manuscript opens with a detailed analysis of the human skeleton, its bones and articulation, from head to toe, including the spine, clavicle, sternum, ribs, scapulae, hip bone, and hyoid bone, before discussing cartilage (ears, nose, spine &c.) and ligaments (e.g. shoulders and elbows, legs, fingers and toes). The section on muscles covers, inter alia, the eyelids, nose, ears, lips, jaw, tongue, head and neck, and back. Other areas covered by the author include the peritoneum, ventricles, intestines, vena cava, heart, larynx, pericranium, pia, brain, and nerves.

In addition to citing Aristotle, Avicenna, Galen and Hippocrates, the author refers to the sixteenth-century Italian anatomists Niccolo Massa and Realdo Colombo, and to the French physician André du Laurens (1558–1609), who served as personal physician to Marie de’ Medici and then to her husband Henry IV of France.

A fascinating volume of manuscript verse by an otherwise unknown poetaster, probably based in Southwark. In his grandiloquent Preface, Hogg explains that his poems are designed to excite in the reader the pleasurable contemplation of heaven, via ‘the Study of Nature’ and of our souls. ‘Celestial Scenery, Elegies, Tales, &c will be found in this little work!’