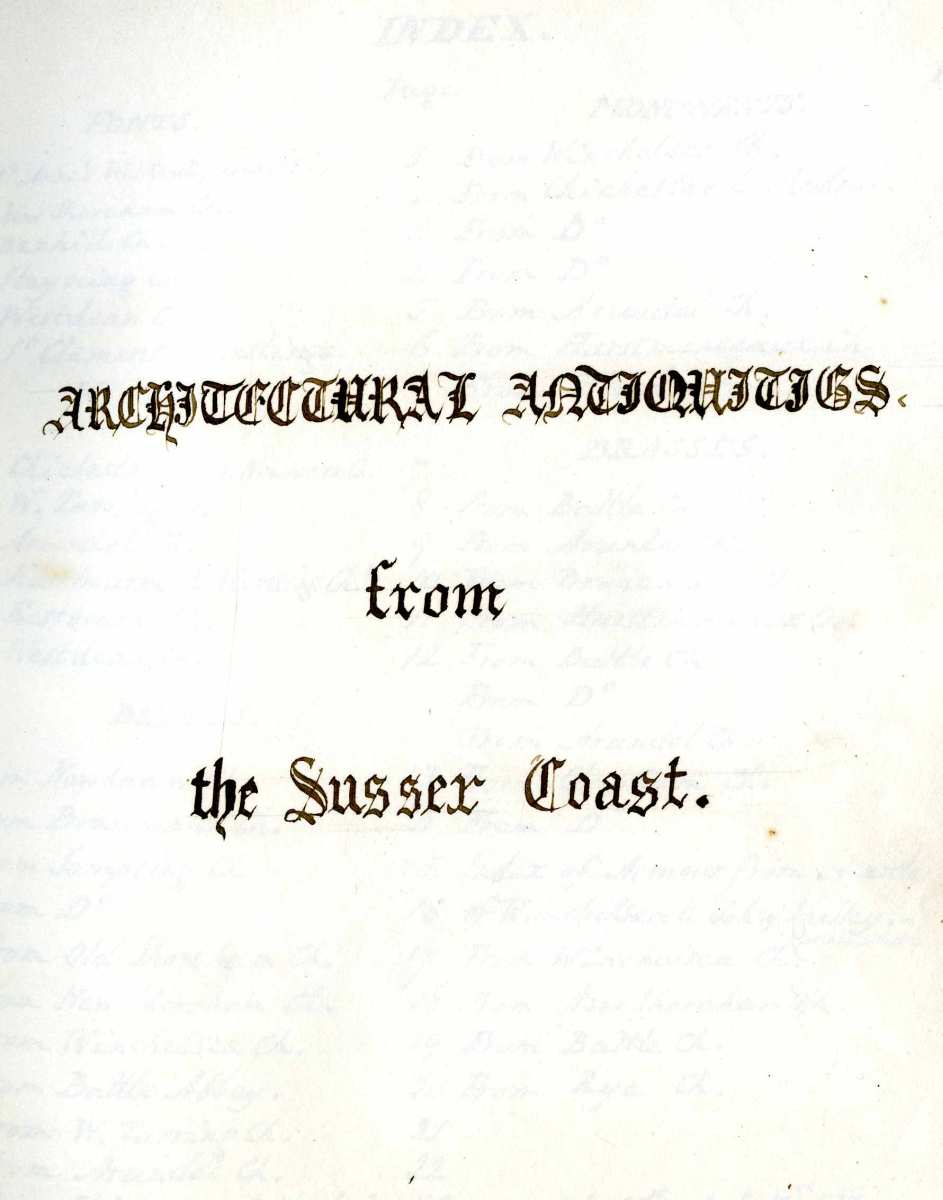 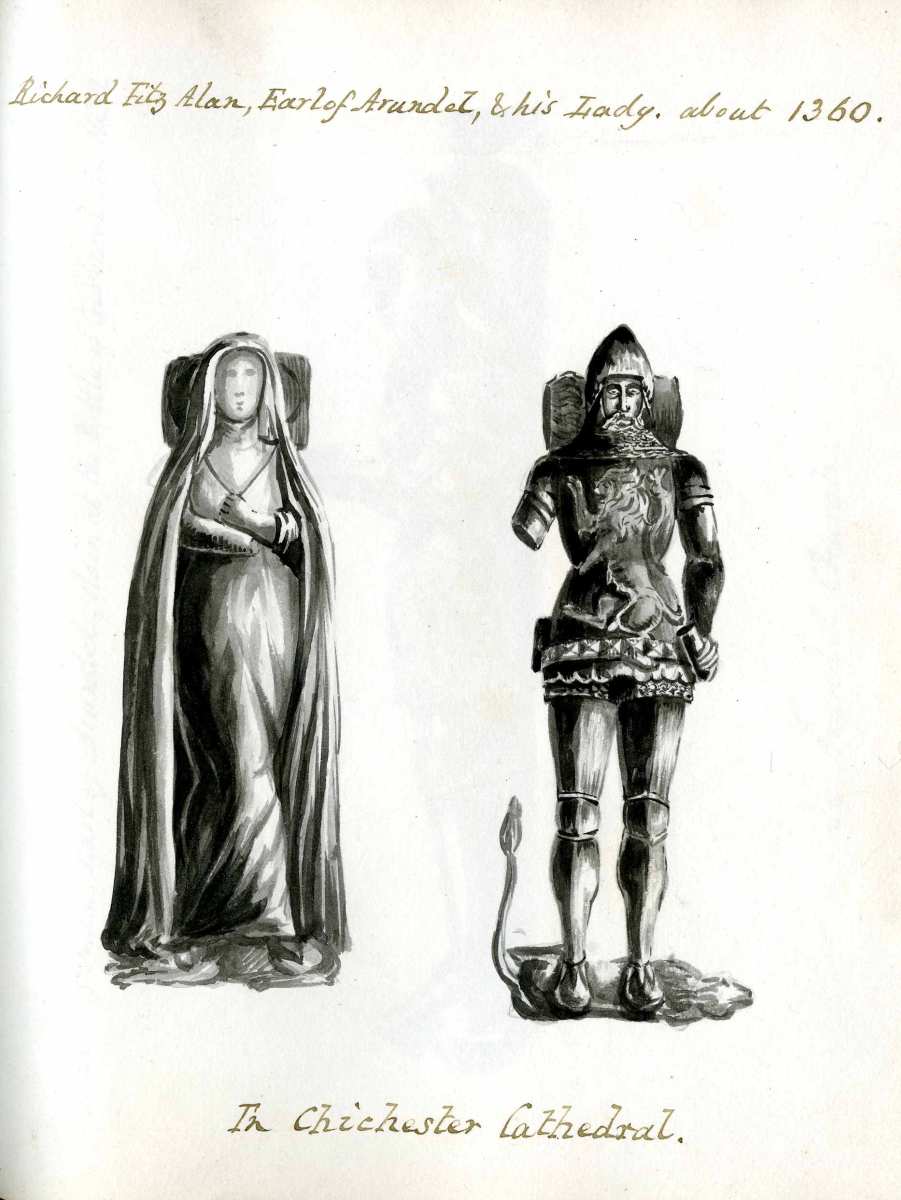 Small 4to (218 x 180 mm), manuscript in pen, black ink and wash, text in brown ink in the same hand, ff. [4] (first blank), 44, of drawings and some manuscript text; in very good, clean and crisp condition; in contemporary half calf and marbled boards, front cover with decorated black morocco label, lettered in gilt ‘Antiquities'.

Added to your basket:
Architectural Antiquities from the Sussex Coast.

An interesting and charming antiquarian manuscript illustrating medieval fonts, gothic windows, brasses, architectural details, and funerary sculptures found in churches along the Sussex coast. The anonymous author/draughtsman gives provenances and historical detail to the drawings, which capture the medieval artefacts before enthusiastic Victorian do-gooders got to them and over-restored them. The volume records much detail now lost or worn to obliteration. Churches visited are in Lewes, Arundel, Bexhill, Steying, Westdean, Hastings, Battle, Chichester, Eastbourne, Winchelsea, and Rye.