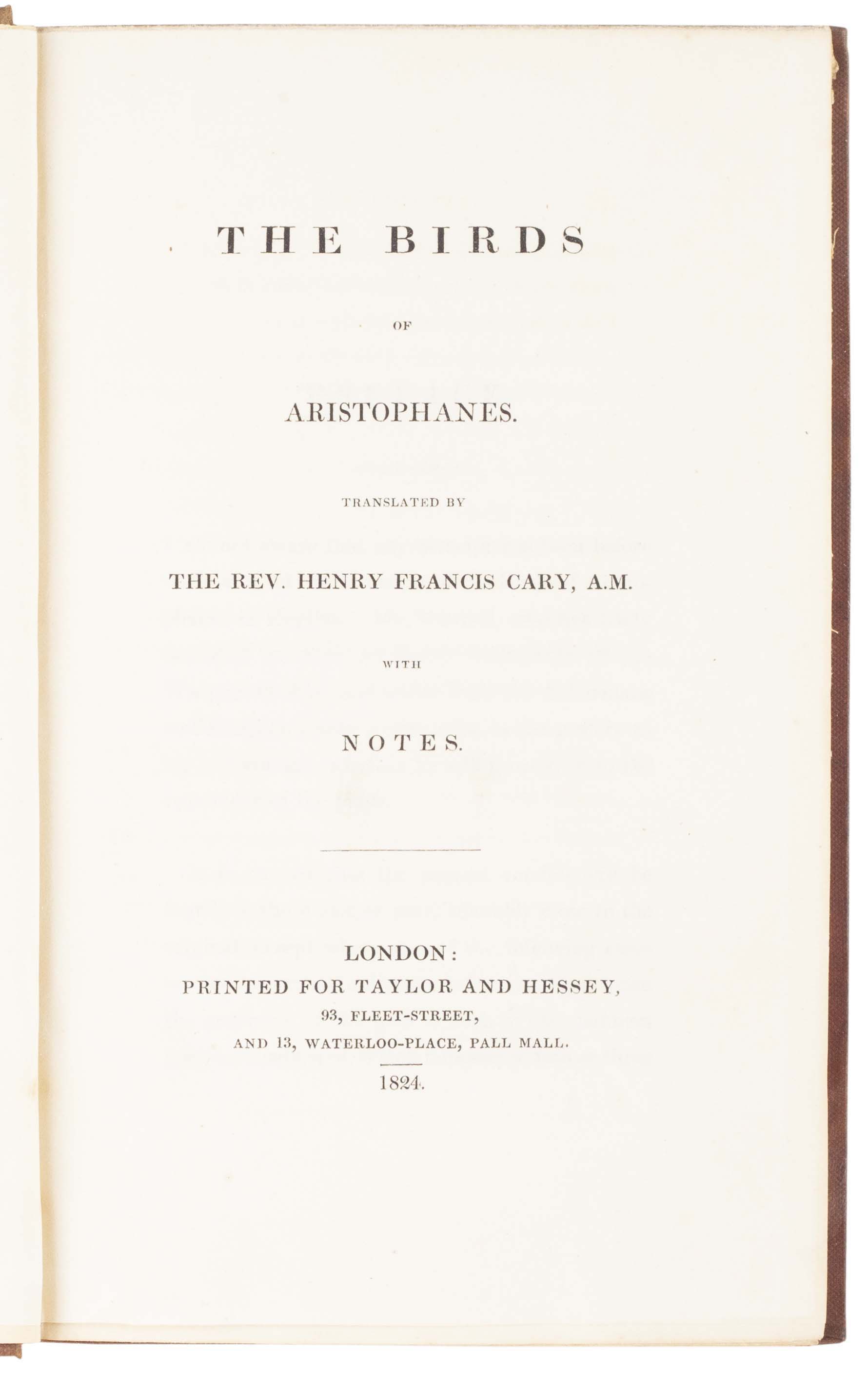 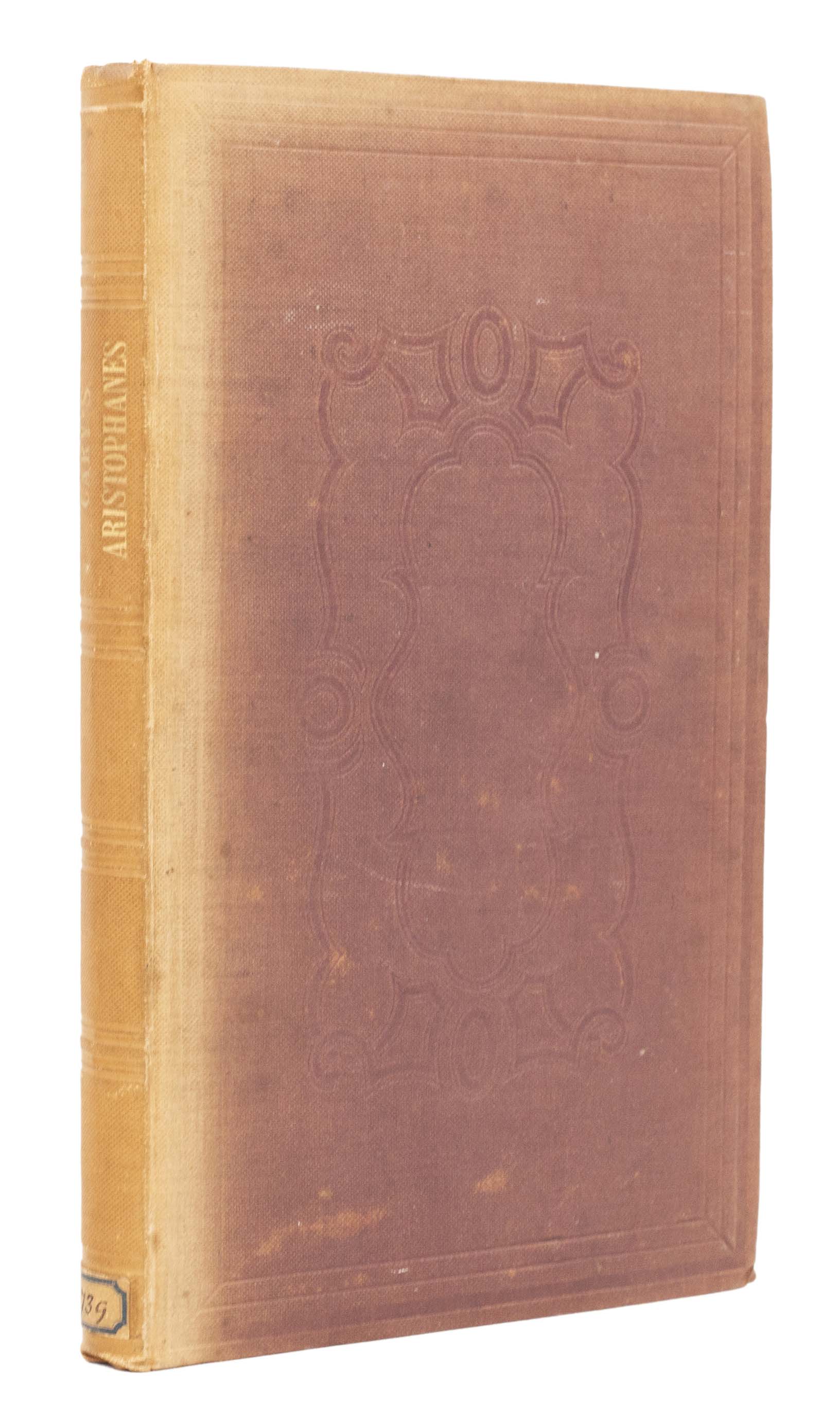 Added to your basket:
The Birds … Translated by the Rev. Henry Francis Cary … With Notes.

First edition. ‘Given how much there is in Aristophanes to outrage and violate nineteenth-century manners and sensibilities, it may seem surprising how popular he was. The popularity came at the price of bowdlerizing much of the “grossness”, but there was admiration and even a certain yearning for his unbuttoned earthiness as well as for his aerial levity …

‘Henry Francis Cary, translator of Dante, turned out the first metrical version of The Birds in mainly iambic heptameters (“fourteeners”). This was one of many attempts to match the rollicking rhythm of the Greek’ (The Oxford History of Literary Translation into English IV, p. 184). It also contains the first appearance of the word ‘Cloudcuckooland’ (p. 76).

The Merchant of Bruges; or, Beggar’s Bush. With considerable Alterations and Additions. Now performing, with universal Applause, at the Theatre Royal, Drury Lane.

First edition of the only literary work by the intimate friend and banker of Lord Byron, who dedicated Hebrew Melodies to him in 1815. The play was produced at Drury Lane where both served on the Committee, dedicated to Lady Caroline Lamb’s brother-in-law (who contributed three songs), and has a prologue and epilogue by John Cam Hobhouse.

‘THE MOST SEDITIOUS BOOK THAT EVER WAS WRITTEN’ ROBERT, Southey.

First edition of Southey’s republican verse drama, written at Oxford in three days in 1794. The manuscript had been left with Thomas Spence in prison for possible publication, but Spence had misgivings. Many years later ‘a mischievous publisher obtained a copy … and printed it. The publication was enormously successful, and was acutely embarrassing to a poet laureate, although he defended himself forcefully’, arguing ‘that his basic convictions had never changed’ (ODNB).