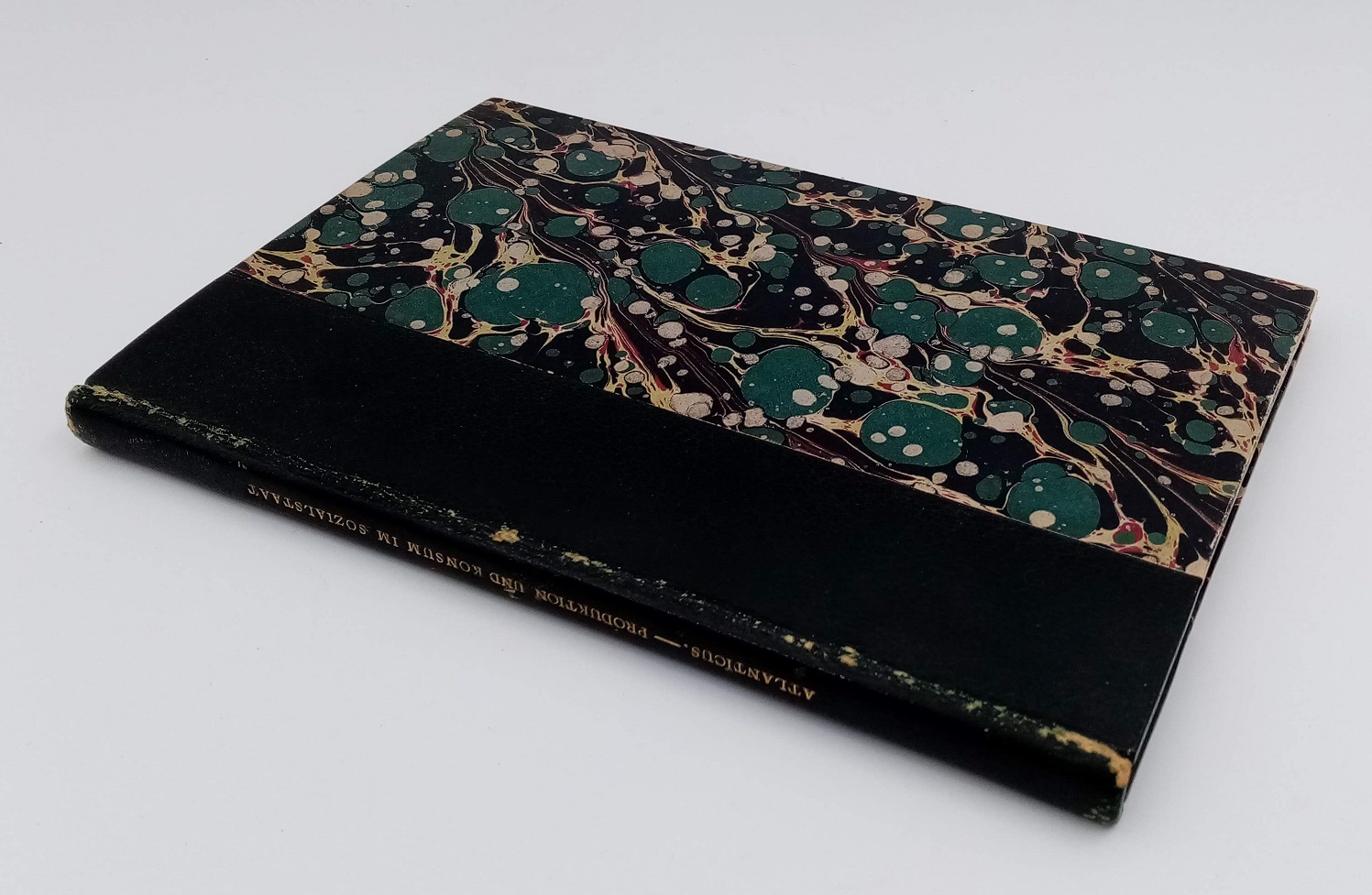 8vo, pp. xxiv, 104; lightly browned throughout, a very good copy in quarter green morocco over marbled boards, original wrappers bound in; extremities a little rubbed; with the bookplate of Baron and Baroness Ernest Seillière on the front paste down and a contemporary French newspaper review pasted to the front flyleaf.

First edition of this utopian discourse on the industrial and commercial composition of the ideal socialised state. The most common attribution is to the Latvian-born economist Carl Ballod, though some, including the British Library, suggest the author Gustav Jaeckh. There is a significant foreword (pp. V-XXIV) by the Czech-German philosopher and Marxist theoretician Karl Kautsky (1854-1938).