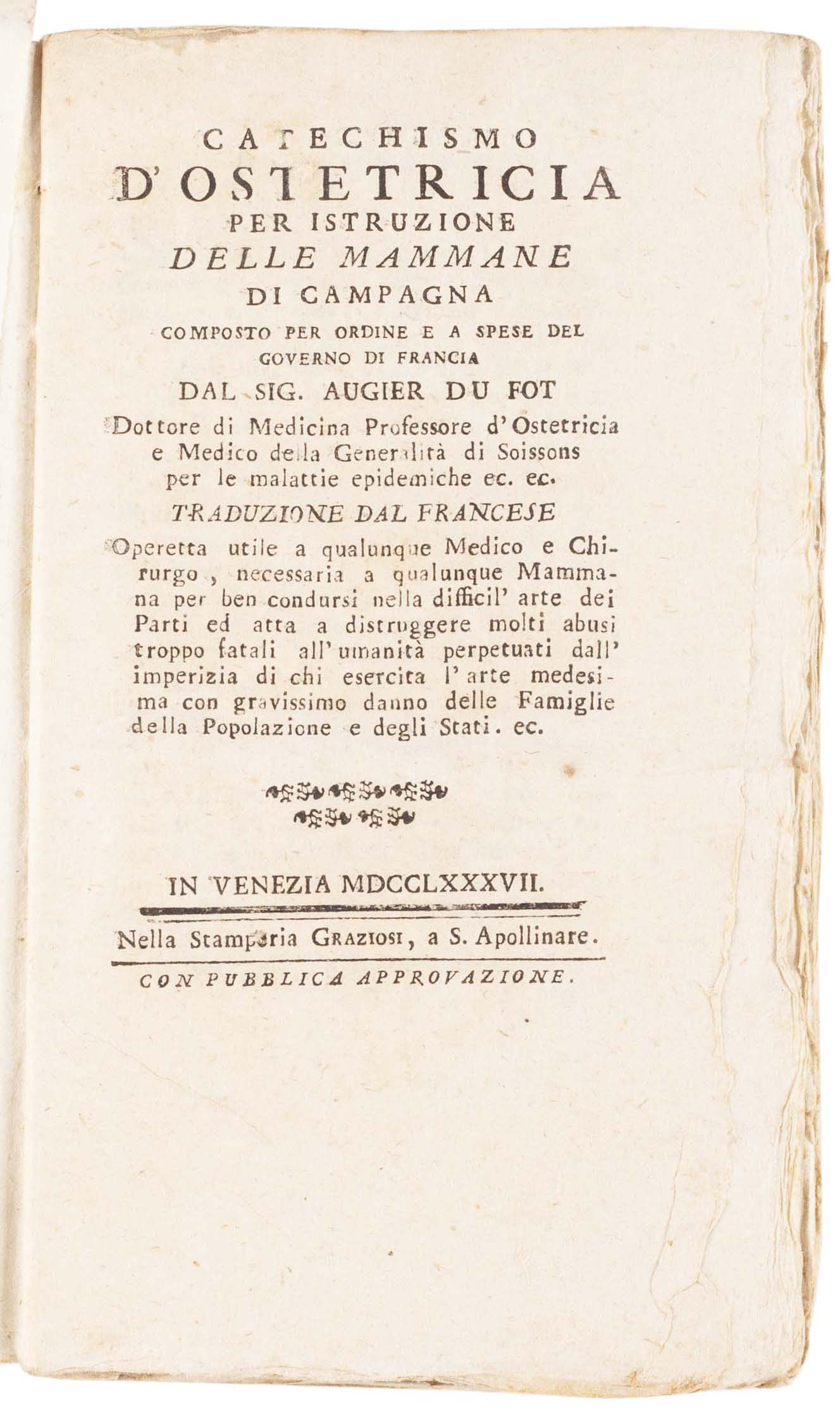 Uncommon first Italian edition of this handbook of obstetrics, initially published in France at the behest of Turgot in 1775 and distributed gratis to French midwives.

The Catechisme was compiled by Augier du Fot (1733–1775), a Soissons physician, largely from the work of Jean-Louis Baudelocque, drawing in turn on that of Solayres de Renhac, although there seems to have been some dispute about the extent to which du Fot’s publication was authorised by Baudelocque, who published his own version in 1787. The work itself is designed expressly for midwives in rural areas, where excessive rates of mortality in childbirth could reasonably be attributed to a lack of education. In five parts, the work explains the basics of childbirth, the duties of the midwife, the types of birth which are impossible without a trained midwife, and the appropriate response to them, the cases where the use of instruments is necessary, and the illnesses to which pregnant women are prone.

Outside Italy, OCLC records copies only at the Huntington, NLM, and the Wellcome.

On the Processes for detecting Blood in medico-legal Cases.

Taylor’s own offprint of this interesting article on detecting blood ‘for the purposes of pathology and legal medicine’, in which he publishes, for the first time, a description of the spectroscopic process developed by the eminent microscopist and geologist Henry Clifton Sorby (1826–1908), written by Sorby at Taylor’s request.