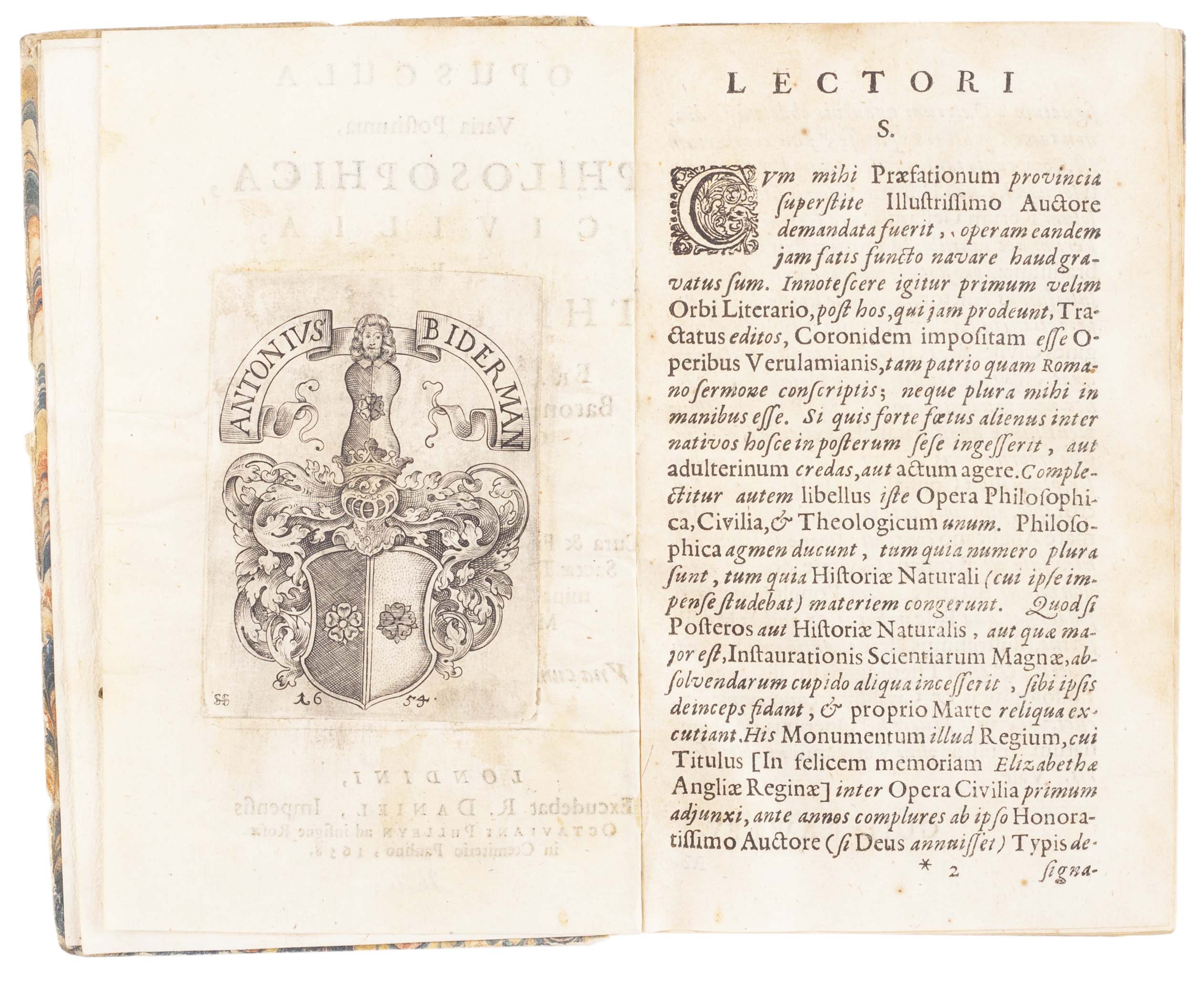 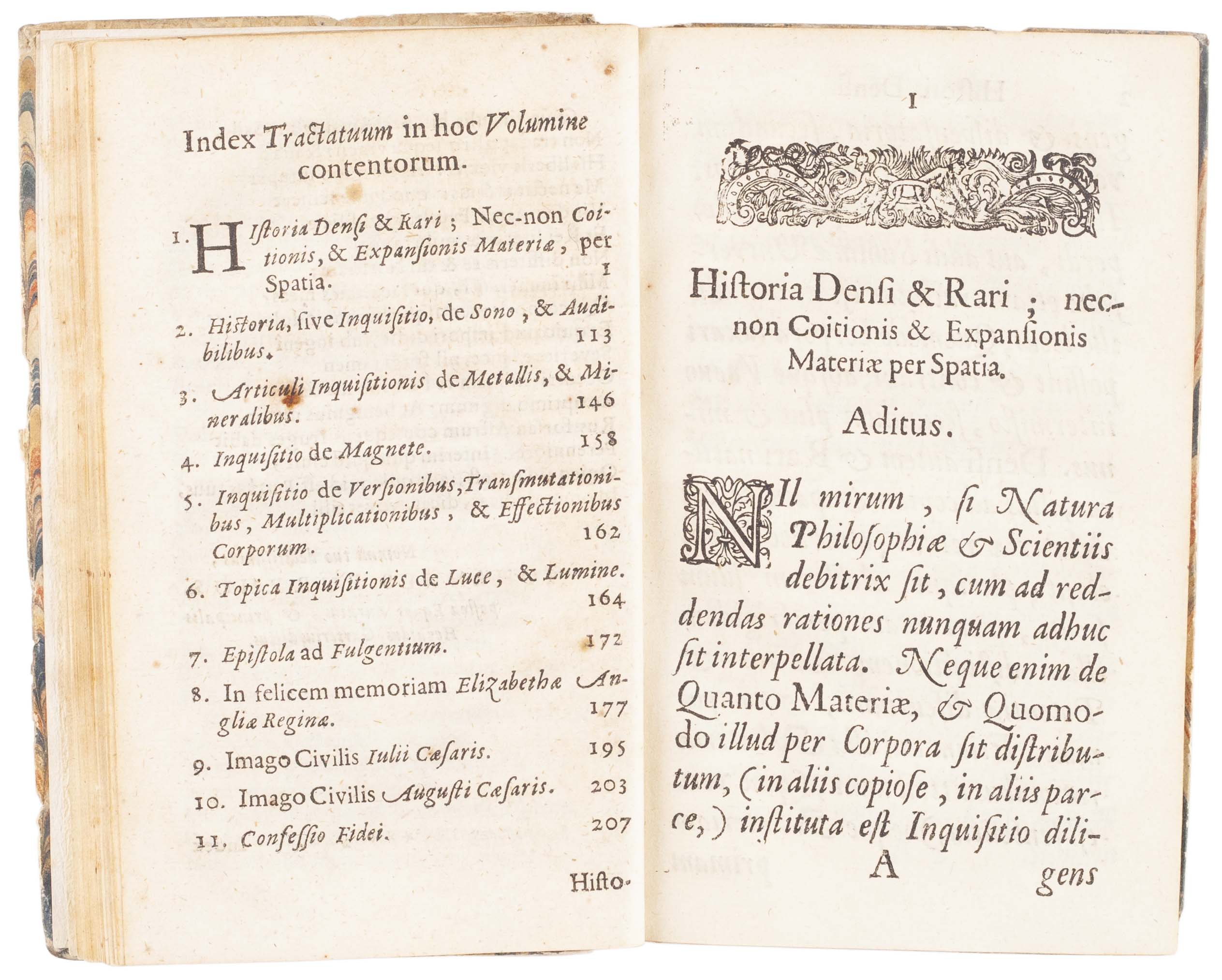 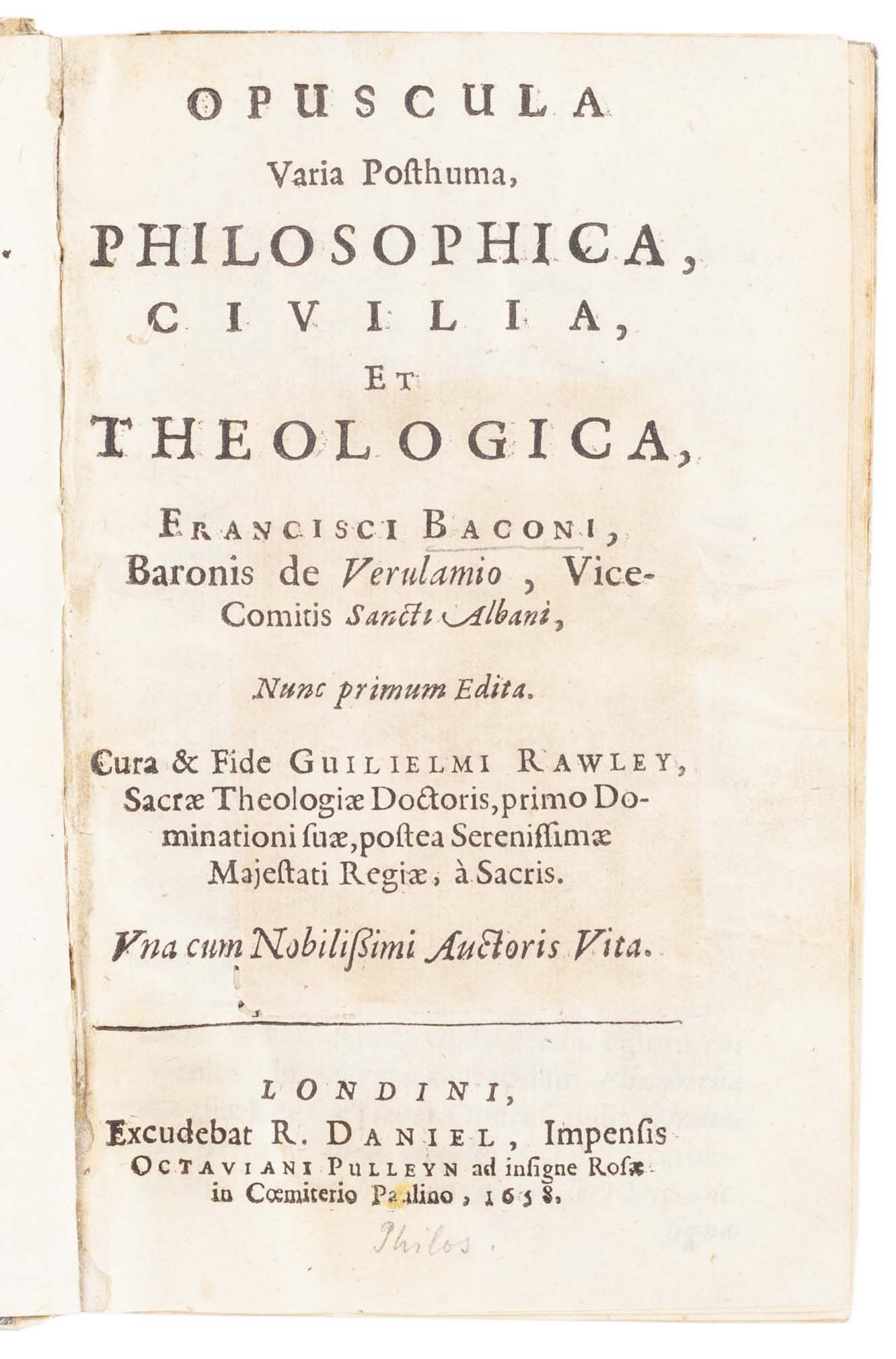 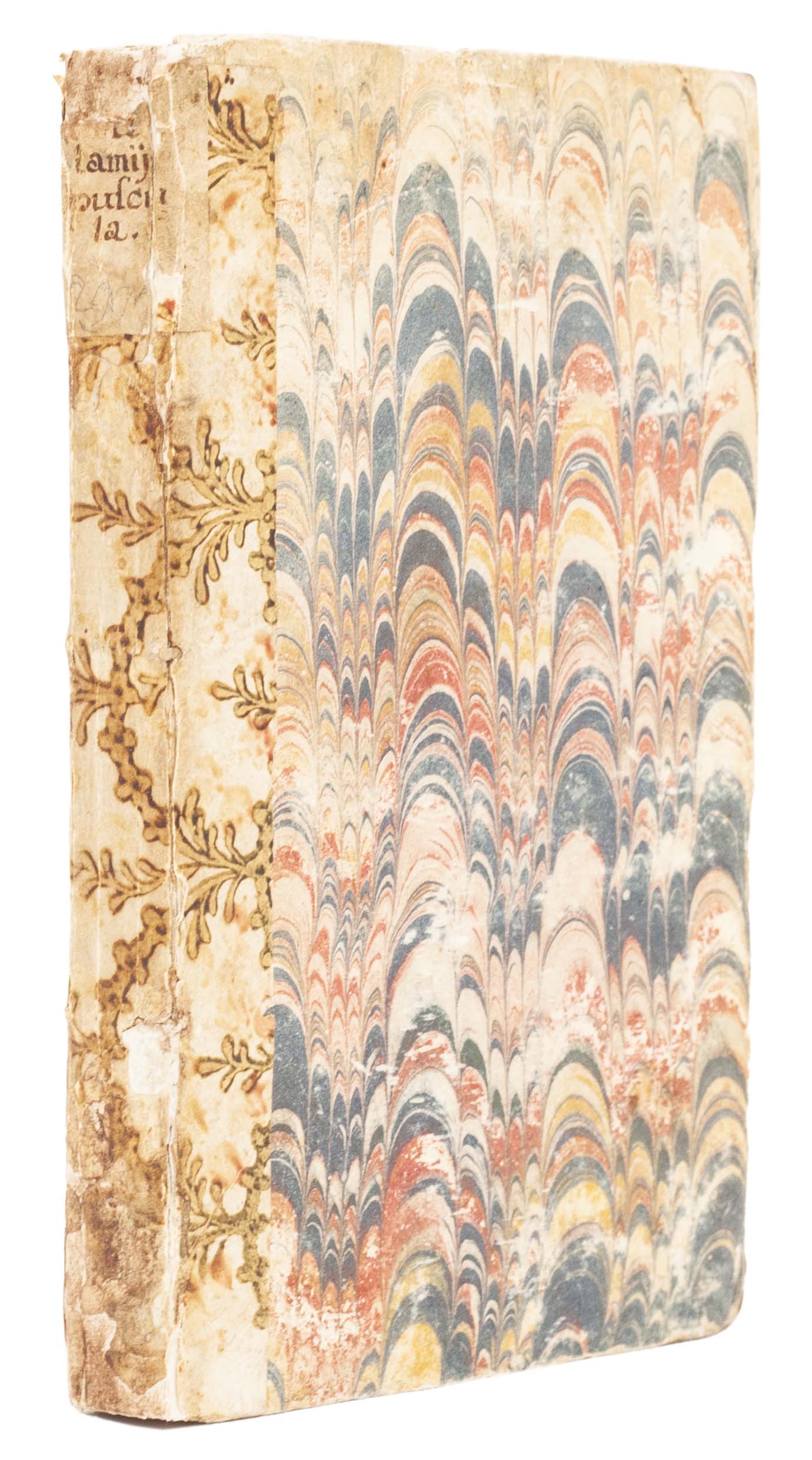 8vo, pp. [xxxvi], 216; woodcut headpieces and initials; some spotting and browning in places, but largely fresh; with seventeenth-century engraved bookplate of Antonius Biderman on verso of title (leading to small hole on title, not affecting text); in later marbled boards with floral paper spine, handwritten label at head of spine; later endpapers; some rubbing and wear to extremities.

This copy bears the book-plate of Antonius Biderman (d. 1679), a governor in the service of the Fürstenberg family; the bulk of his collection went to that family’s library at Donaueschingen on his death, although the present copy bears no Donaueschingen stamps. 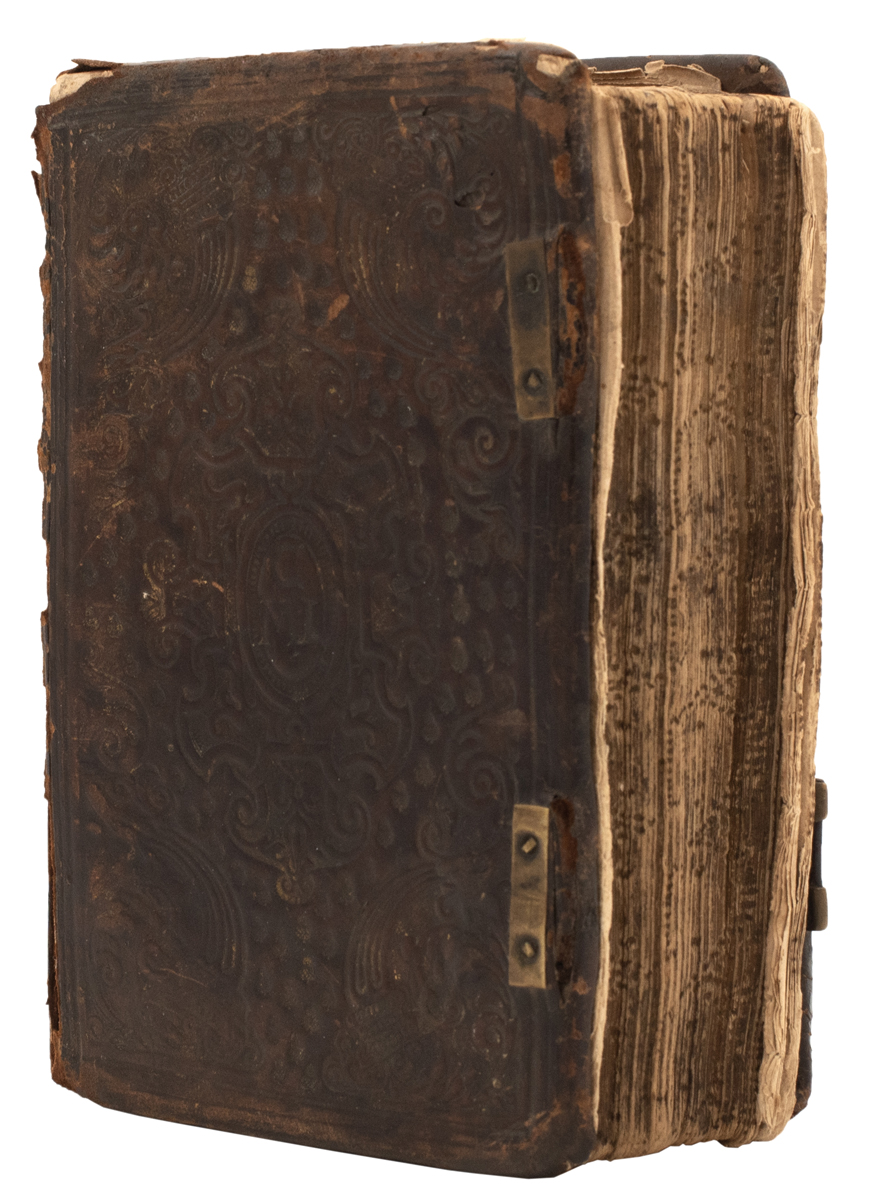 [The CL Psalms of David in Metre, with the Prose.  For the Use of Kirk of Scotland …]

A substantial fragment, the main text largely complete, of an attractive Dutch printing of the Scottish Book of Common Order.  Originally drawn up by John Knox in Geneva for the use of the English-speaking congregations there, the liturgy known as the Book of Common Order quickly made its way back to Scotland where it was made official in 1562 and expanded into its lasting form in 1564.  It was normally published, as here, alongside the Sternhold and Hopkins version of the metrical psalms, and a translation of Calvin’s Catechisme de l’Eglise de Genève; there were editions in Edinburgh, Geneva, and Middelburg in the sixteenth century, and a few in Aberdeen in the seventeenth. 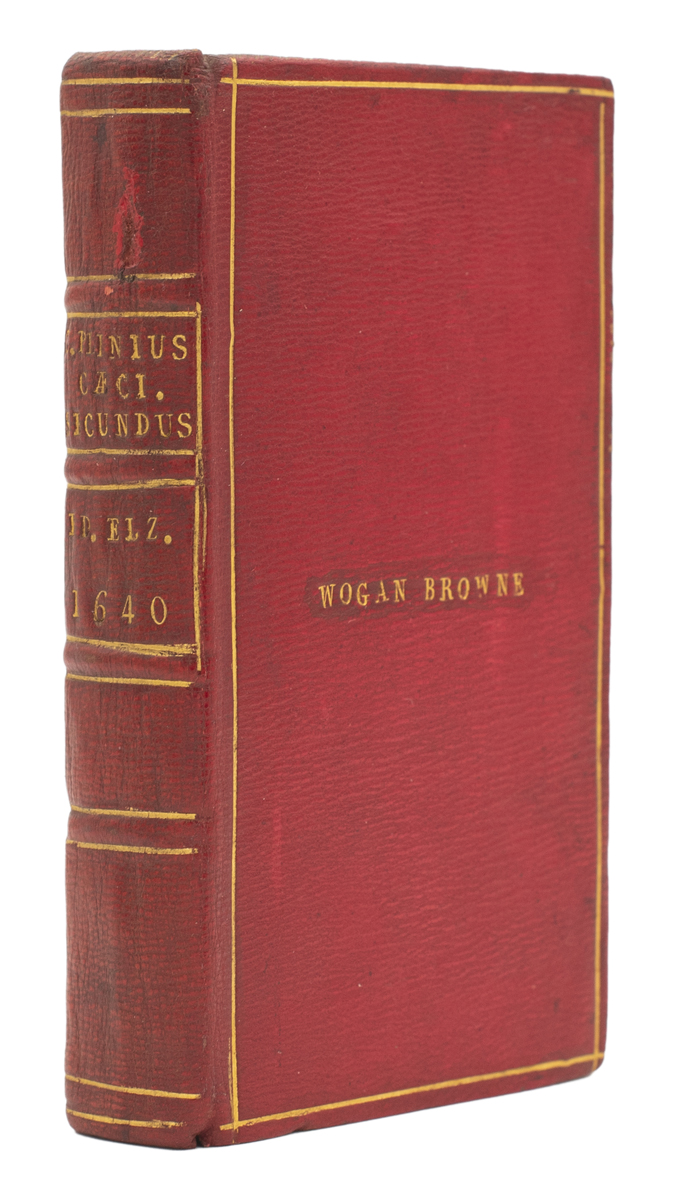