First edition of the polymath Barbieri’s treatise in which he argues that the soul is an ‘active power’. Barbieri’s text tackles the interrelation of the body and soul, the nature of space, will and freedom, argues for the superiority of the spiritual over the corporeal and against the theory of innate ideas, and attempts to provide proof of the soul’s immortality. In the course of his discussion, Barbieri confronts Leibniz’s ‘monads’ and doctrine of pre-established harmony, and sets himself in opposition to Locke and, in particular, to Antonio Genovesi.

Barbieri (1719–1791), a native of Vicenza, had a long-running interest in the soul. In addition to the Trattato, he published De coniunctione animae et corporis in 1742, attributing the union and separation of soul and body to divine will, and Nuovo sistema intorno l’anima delle bestie in 1750. But his publications covered an enormous range, including works on Virgil’s Aeneid, the nature of lightning, pleasure and pain, motion, rivers, the Immaculate Conception, Stoic philosophy, natural religion, and time in relation to man and God. His theories were consistent with the fundamental principles of the Catholic religion and opposed to rationalism, sensualism, and materialism.

Rare: in the UK and US we have only traced copies at the British Library, Chicago, New York Public Library, and Yale.

An essay on man… with illustrations, and notes, by S. R. Wells.

First edition thus: Pope’s Essay on man edited, with many notes, by the phrenologist Samuel Wells. ‘Looked at from a phrenological stand-point, this Poem exhibits rare beauties not seen, or rather not fully appreciated, by other eyes’ (preface). Phrenological thinking was influential in 19th-century psychiatry. Wells’ notes here combine his discipline’s mixture of neuroanatomy and moral philosophy with textual criticism in a remarkable, if idiosyncratic, reading of a classic. 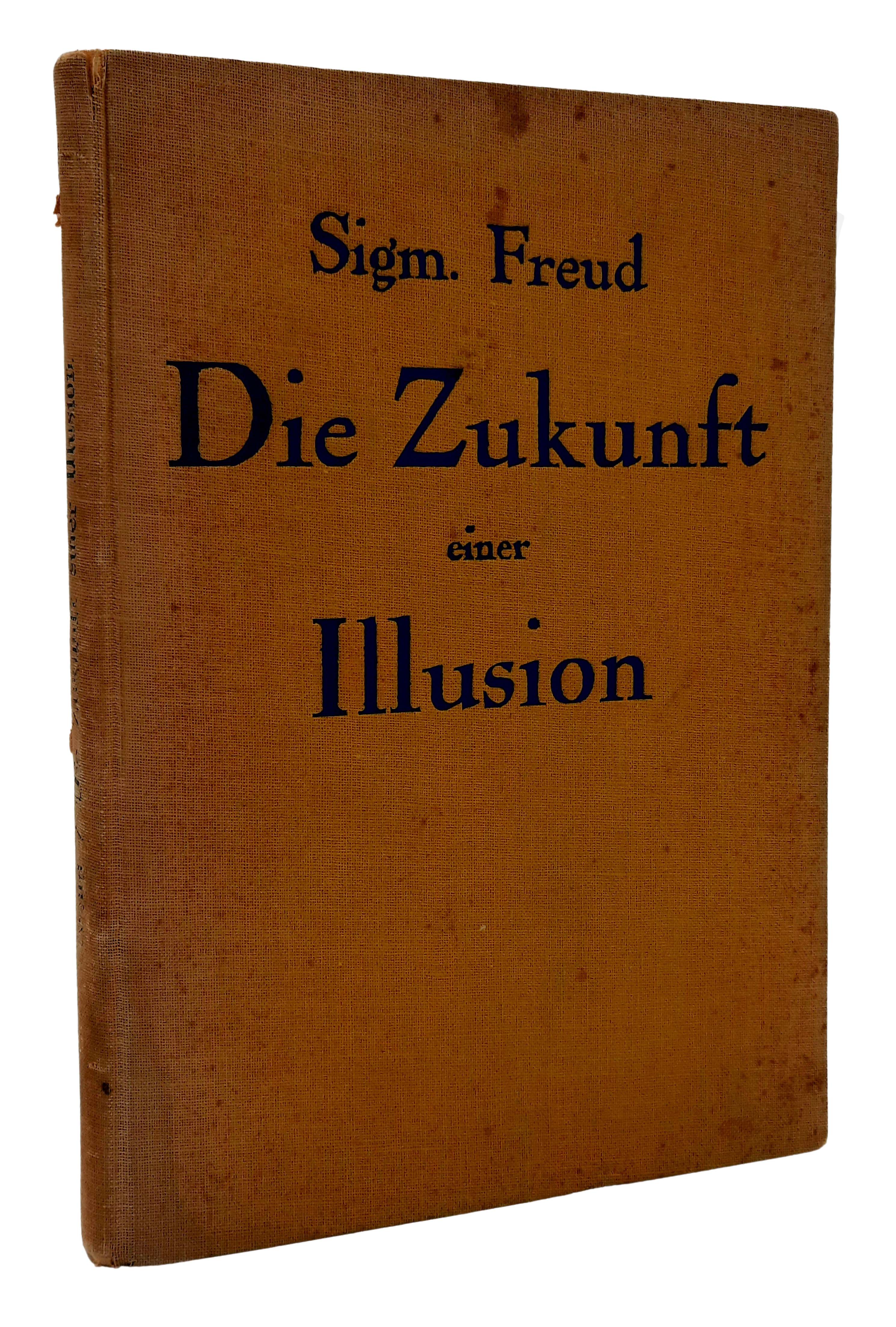 First edition, in the first issue of 5000 copies, of Freud’s work on the origins and future development of religion (the ‘illusion’ of the title), centred on the notion of religion as, in one form or another, wish-fulfilment and the longing for a paternal figure as a response to a realisation of helplessness. In some ways a condensation of many of the themes found throughout Freud’s work, its reputation is mixed: Harold Bloom, in The American Religion, called it ‘one of the great failures of religious criticism’.