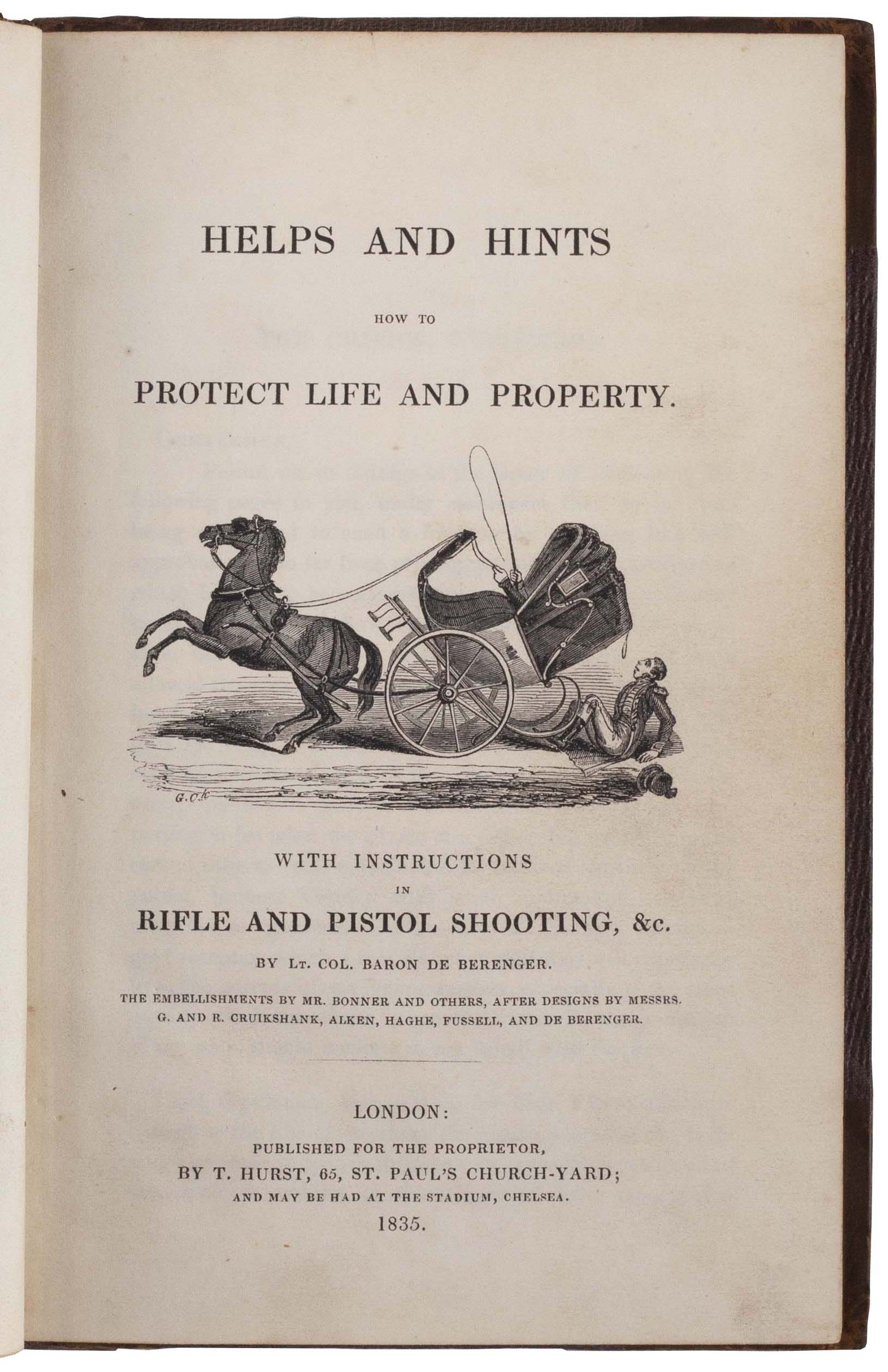 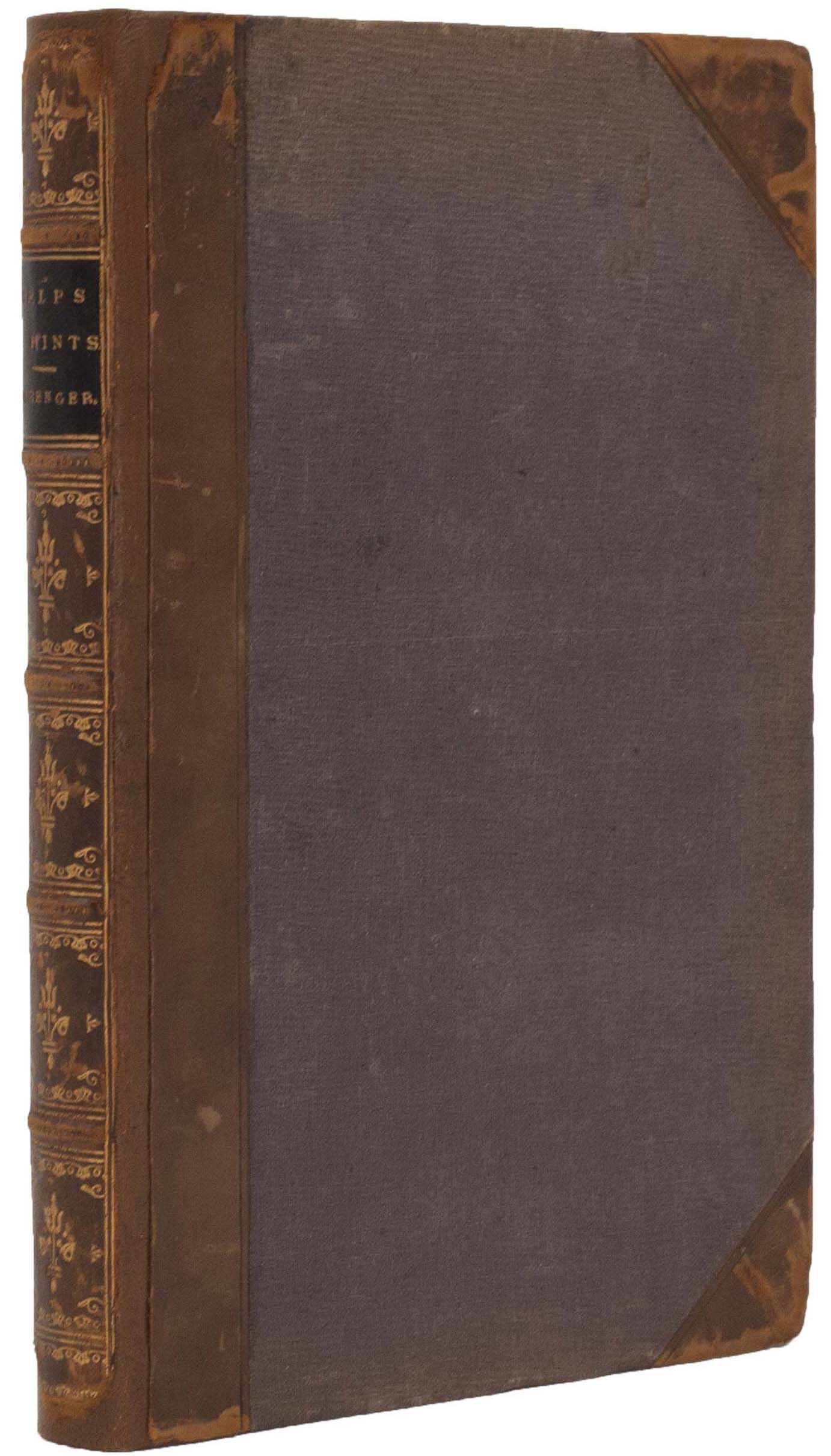 8vo, pp. vii, [1], 286, [2]; with woodcut title vignette, 10 plates (of which 2 folding), and numerous woodcut illustrations in text; very short tear to fold of one plate; a very good copy in near-contemporary half calf with pebble-grained cloth sides, spine gilt in compartments with gilt black morocco lettering-piece in one, marbled edges and endpapers, sewn on 3 sunken cords; skilfully rebacked, rubbed and slightly sunned, bump to top-edge of upper board; printed booklabel of J.C. Lowe, St Louis, to upper pastedown.

Added to your basket:
Helps and Hints how to protect Life and Property, with Instructions in Rifle and Pistol Shooting, &c.

First edition, with advice on riding and driving, illustrated by George and Robert Cruikshank. A marksman and inventor with an ‘inclination to self-publicity and aggrandisement’ (Credland), Charles Random de Berenger (1772–1845) in 1830 established ‘the Stadium’ or ‘British National Arena’ at Chelsea, where he encouraged ‘manly and defensive exercises, equestrian, chivalric and aquatic games, and skilful and amusing pastimes’, as detailed (or rather advertised) in the present volume.

The Baron de Berenger’s memory is marred, however, by his involvement in a fraud of the stock exchange in 1814, in which he artificially raised the value of Government stocks by falsely reporting the death of Napoleon.

A prize copy of La Bruyère’s famous Caractères awarded to a student at the Royal Naval College in Portsmouth by the educator and linguist Peter Edmund Laurent (1796–1837). First published in 1688, the Caractères comprises illustrations of various human follies, corruptions, and abuses, and is followed here by La Bruyère’s translation of Theophrastus’ Characters.

Scarce first edition of Schlözer’s auto-biography, which covers the period he spent in St. Petersburg as a private teacher and as scientific assistant to Gerhard Friedrich Müller, and subsequently as professor of Russian history at the Academy. A second part was intended, but was never published. In 1828 Schlözer’s son Christian undertook a more complete biography of his father, which was issued in two volumes.