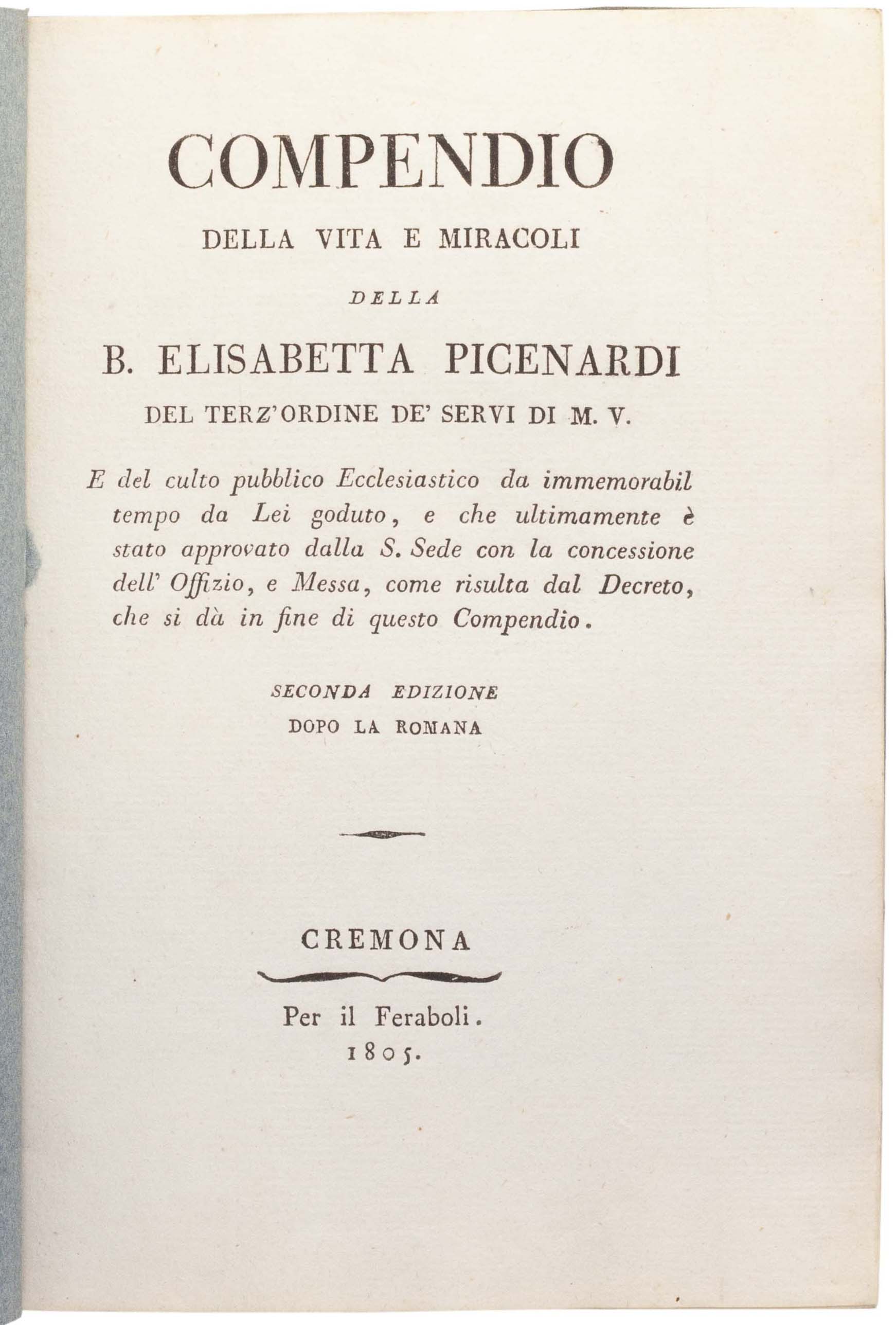 Second edition (first Rome 1804) of this account of the life and miracles of Elisabetta Picenardi (1428–1468) of the Servite Order, who was beatified in November 1804 after Pope Pius VII issued confirmation of her local cultus. The work is attributed to the Camaldolese monk Isidoro Bianchi (1731–1808). Another edition was published in Picenardi's home town of Mantua in the same year.

No copies traced outside Italy. OCLC records one copy of the Mantua printing (at the BL), but none of this Cremona edition.

first edition, the publisher’s archive copy with red stamp on front wrapper. ‘Based on a course Peano began teaching at the University of Turin in 1885 [it] contains the beginnings of his “geometrical calculus,” new forms of remainders in quadrature formulas, new definitions of length of an arc of a curve and of an area of a surface, the notion of a figure tangent to a curve, a determination of the error term in Simpson’s formula, and the notion of the limit of a variable figure’ (DSB). 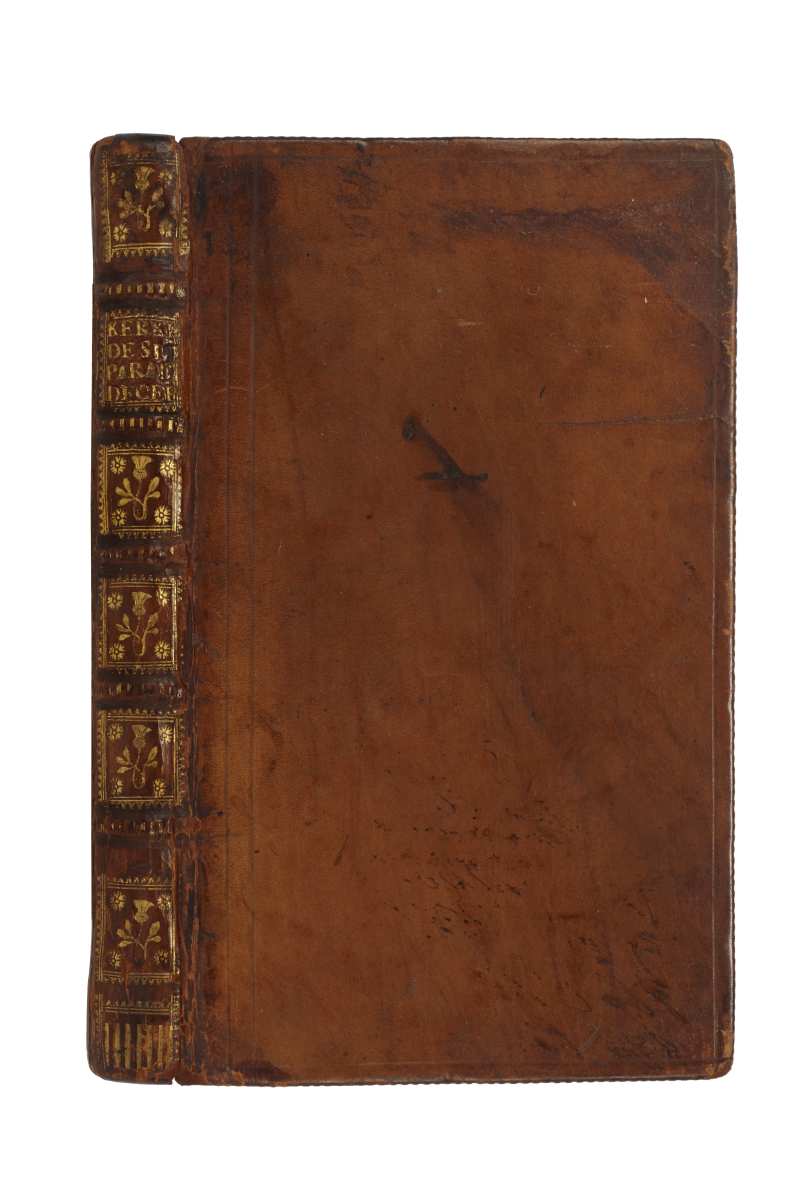 First edition. Kerkherdere addresses the question of the location of the Garden of Eden, the earthly Paradise, accompanying his conjecture with a map engraved by P. E. Boultats of Antwerp; the perusal of various sources, geographical studies and toponymic considerations lead the author, an Imperial historian, to placing Eden in the area of Mesopotamia directly South of the river Euphrates, not far from Babylon. The treatise is preceded by another tract addressing a passage in St. Paul’s letter to the Galatians, seemingly evidence of conflict between Peter and Paul. While some of the Fathers and early doctors (Origen, Chrysostom and Jerome) saw the episode as a ‘staged’ conflict, a rhetorical device meant to illustrate the issues at stake, Augustine read the disagreement as genuine, and saw in it Paul’s claim of the superiority of the Word over Peter’s office and authority.