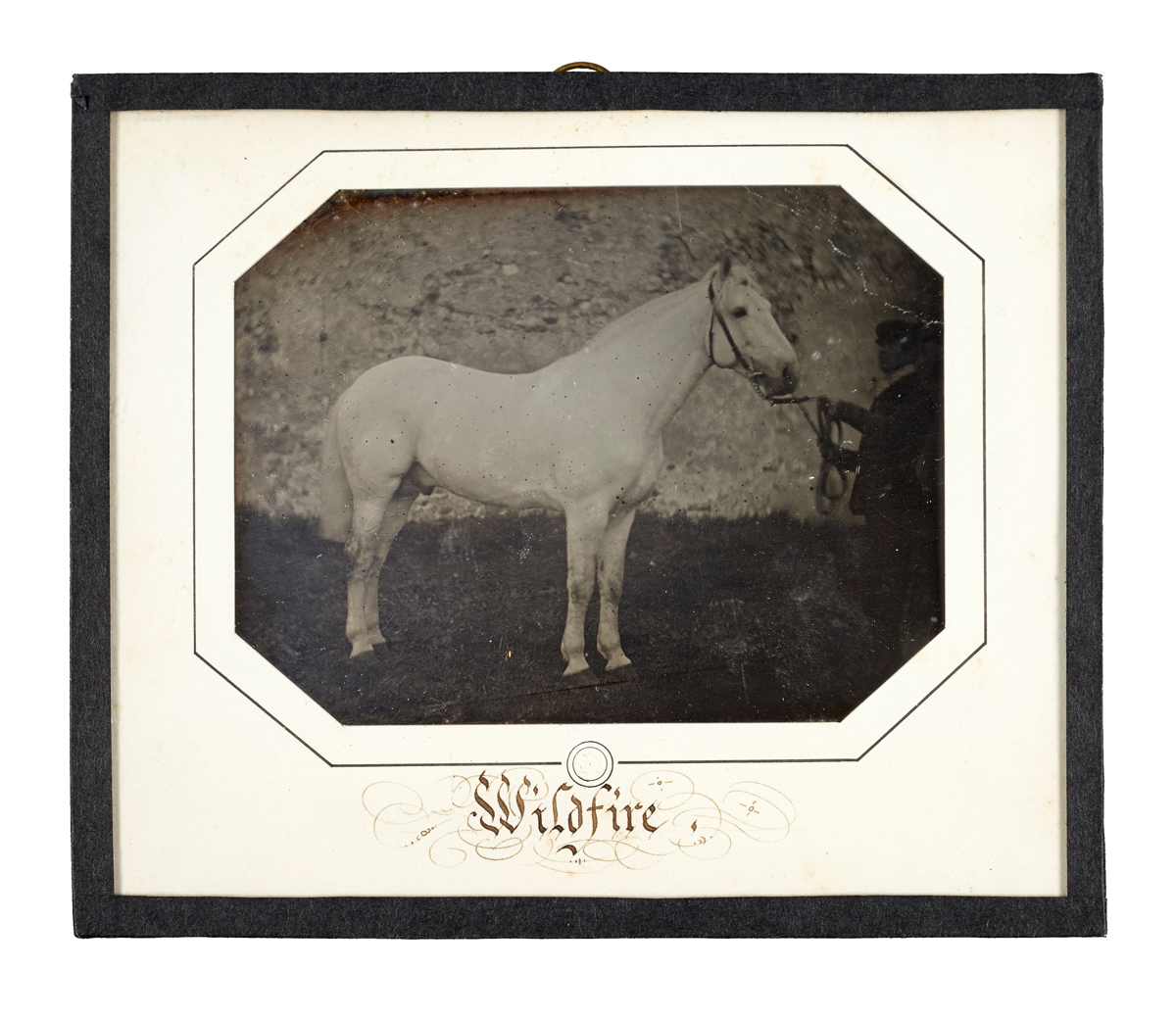 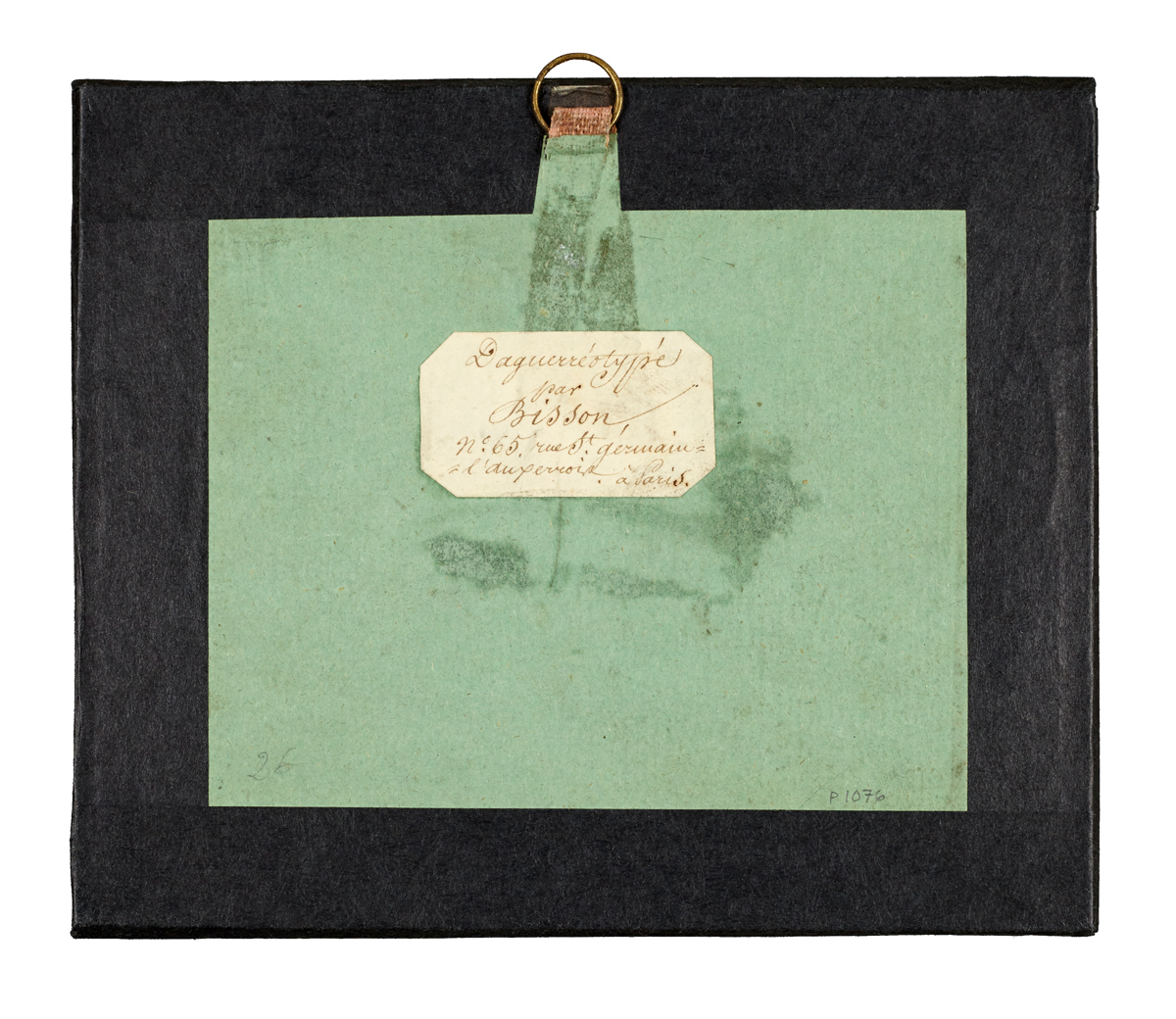 Added to your basket:
‘Wildfire’.

Having learned from Daguerre himself, Bisson opened his own photographic studio in 1841, and made improvements to Daguerre’s chemistry which increased sensitivity.  He highlighted his achievement by advertising daguerreotype portraits that could be taken within seconds indoors.  His pioneering animal portraits were particularly impressive as an example of this instantaneity and went on to influence a tradition of equine portraiture.  Here, the pose of the horse in profile, with the groom stood at its head, is rich in anatomical detail.

Provenance: formerly in the collection of the artist Marie-Rosalie Bonheur, who was adopted by the Bisson family after the death of her mother in 1842.  She had a menagerie, and her passion for painting, which focussed on dogs and horses, would have developed alongside Bisson’s skills as he improved the technicalities of the daguerreotype process.

Gerald Lang and Lee Marks, with Elizabeth Atwood Lawrence, The Horse: Photographic Images, 1839 to the Present (1991).

‘NO MAN IS AN ISLAND’
DONNE IN CONTEMPORARY VELVET DONNE, John.

Devotions upon Emergent Occasions, and severall Steps in my Sicknes ...

Natures Embassie: or, the Wilde-mans Measures: danced naked by twelve Satyres, with sundry others continued in the next Section ….

First edition of a substantial collection of satires, elegies and eclogues. The structure is somewhat chaotic, as is common with Braithwaite, and different sections are dedicated variously to Thomas Huett, Lady Philadelphia Wharton (daughter of Robert Carey, Earl of Monmouth), and Thomas Ogle.