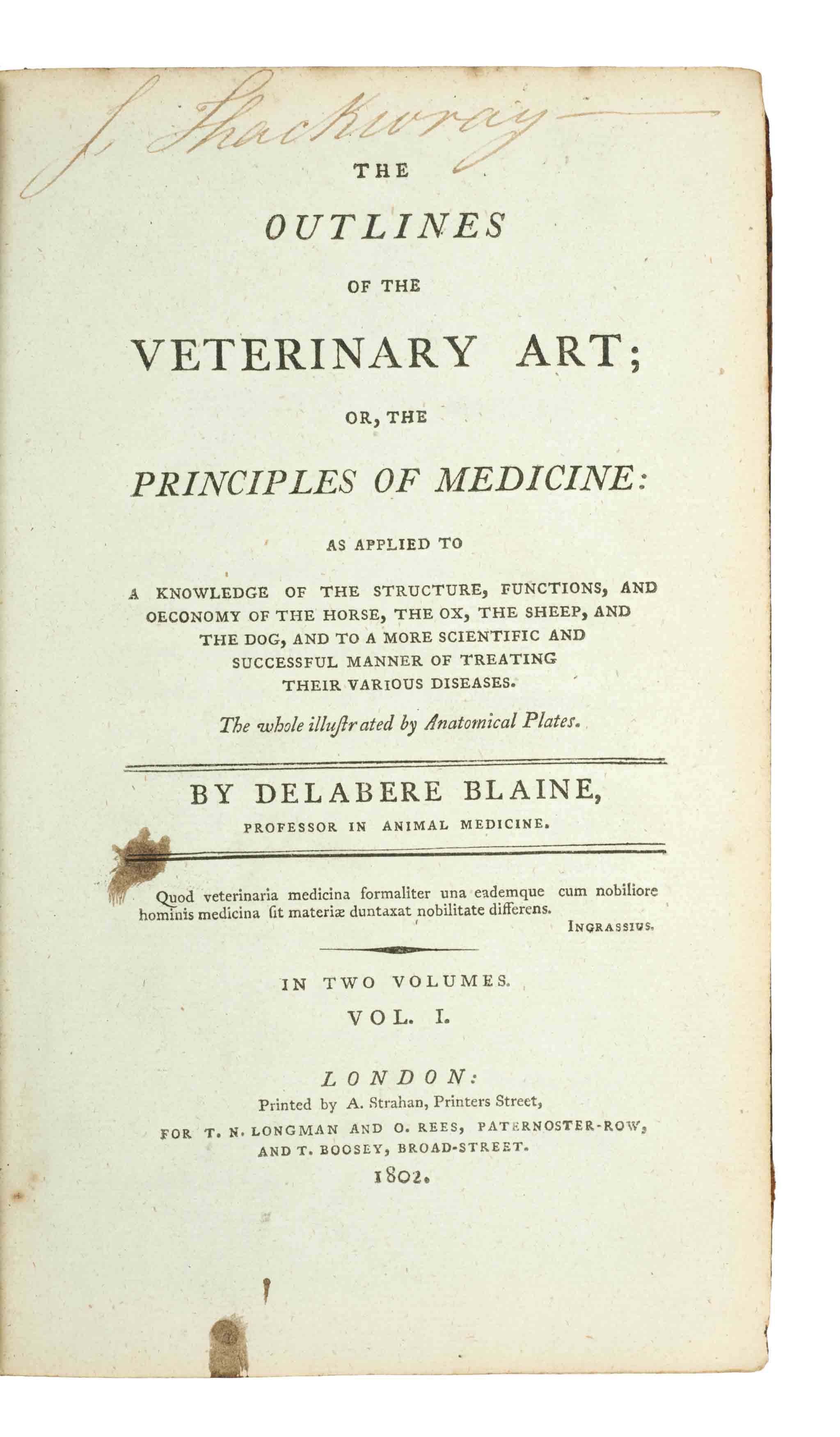 Added to your basket:
The Outlines of the veterinary Art, or the Principles of Medicine as applied to a Knowledge of the Structure, Functions, and Oeconomy of the Horse, the Ox, the Sheep, and the Dog, and to a more scientific and successful Manner of Treating their various Diseases, the whole illustrated by anatomical Plates.

Very rare first edition, with contemporary manuscript notes. Blaine’s most comprehensive work, The Outlines of the veterinary Art is written in three parts, discussing the history of veterinary science, anatomy, and the practice of veterinary medicine. ‘The earliest record in the English language of the origin and growth of veterinary literature’, Blaine’s history ‘is not without error, but nevertheless presents a very good account of the subject’ (Smith).

Among the first officers of the Veterinary College after its foundation in 1791, Delabere Blaine (1770 – 1845) was appointed translator to Professor St Bel, who led the College despite his lack of English. Disagreements with the controversial Professor, however, arose the following year: “Some impolitic attempts of mine to correct the anatomical errors of St. Bel made him wisely conclude that it would not be prudent to retain anyone about him who knew more than himself (which, as an anatomist, was little indeed) and I was, in consequence, dismissed” (Pugh). An attempt soon afterwards to establish his own veterinary practice in Sussex was obstructed by the College, which published notices against him in the Lewes Journal, but his is subsequently recorded practising near Oxford Street in partnership with William Youatt, from 1812 until 1825.

Though including veterinary remedies, the majority of the notes on several leaves at the front and rear of the second volume record methods of preserving harnesses.

Copac records only one set in the UK, at Nostell Priory. 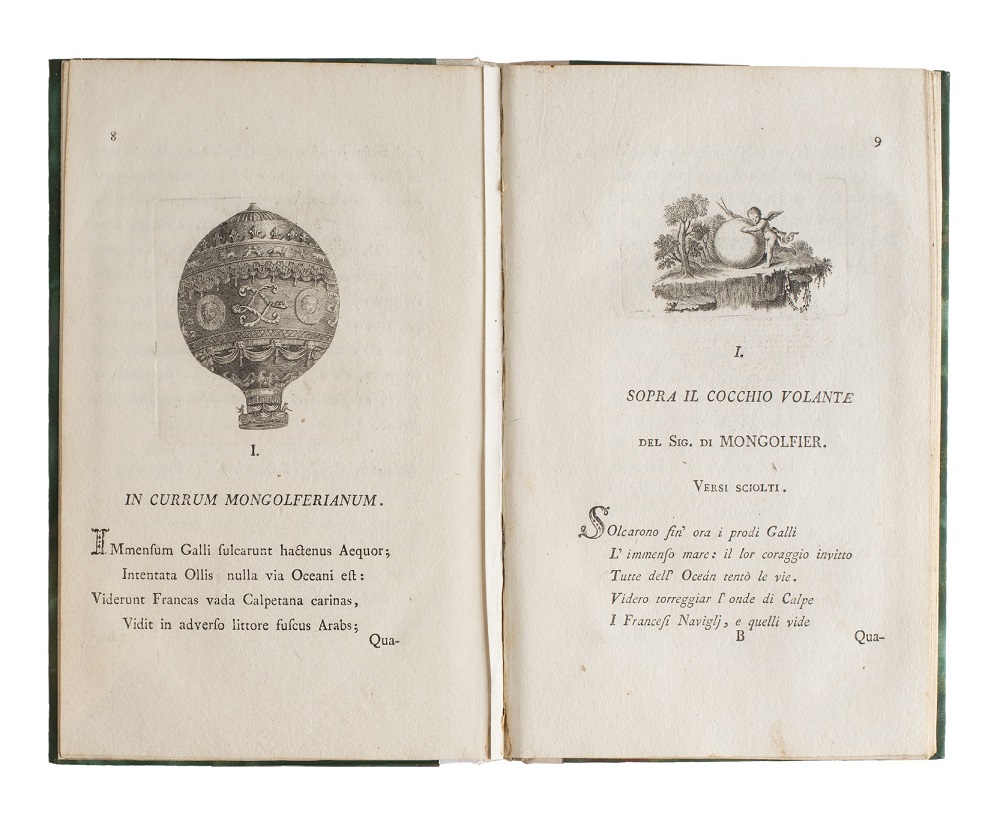