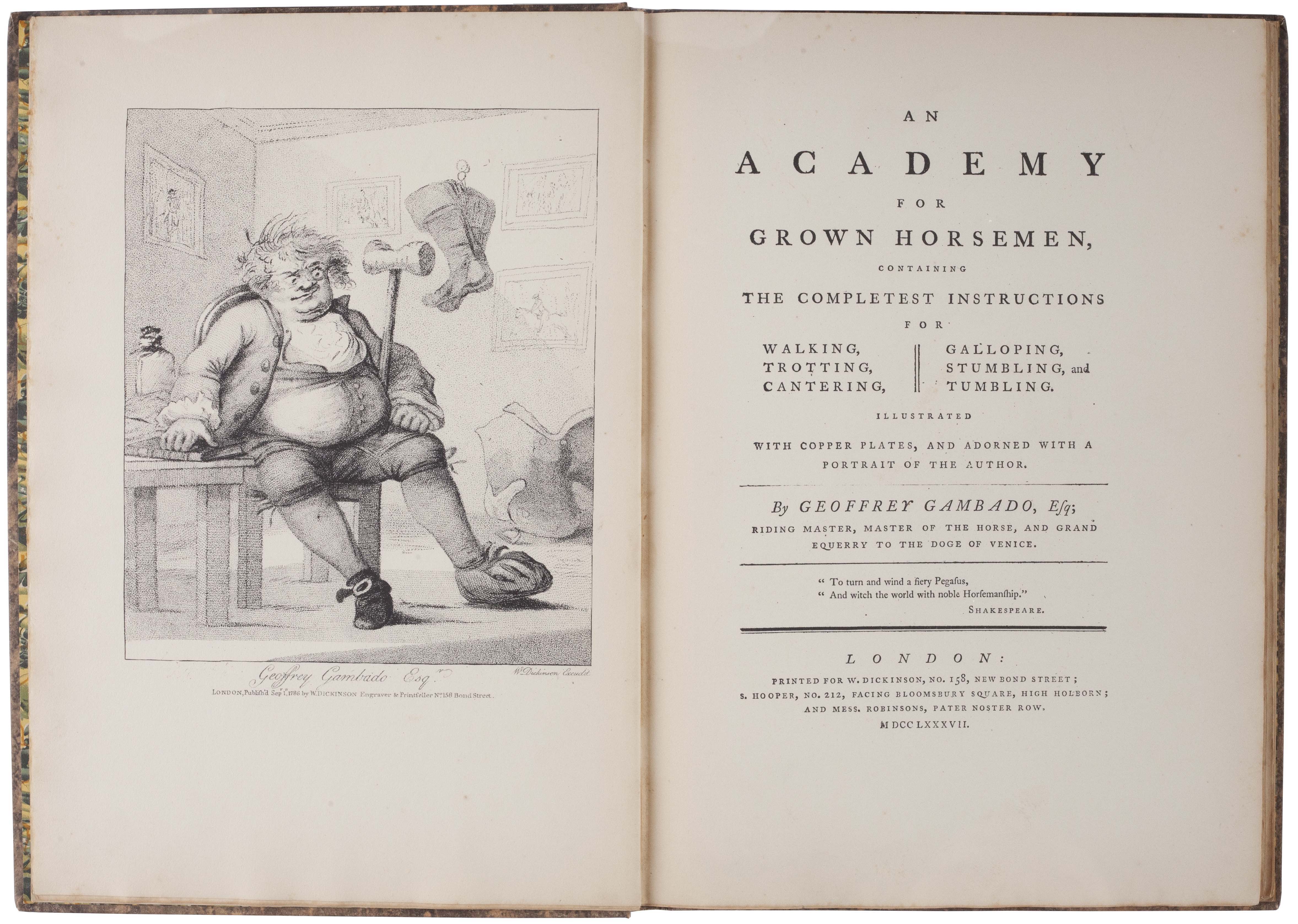 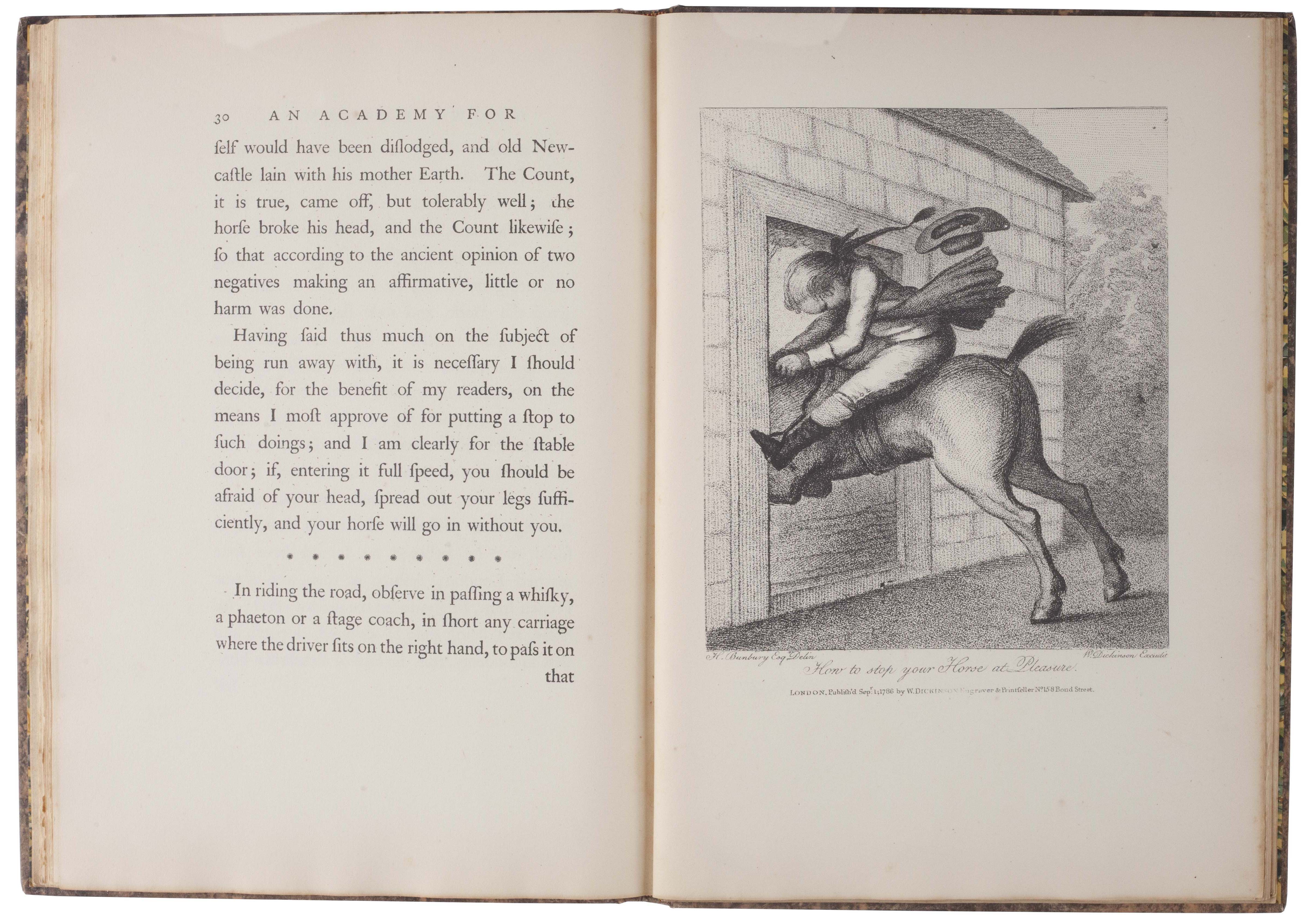 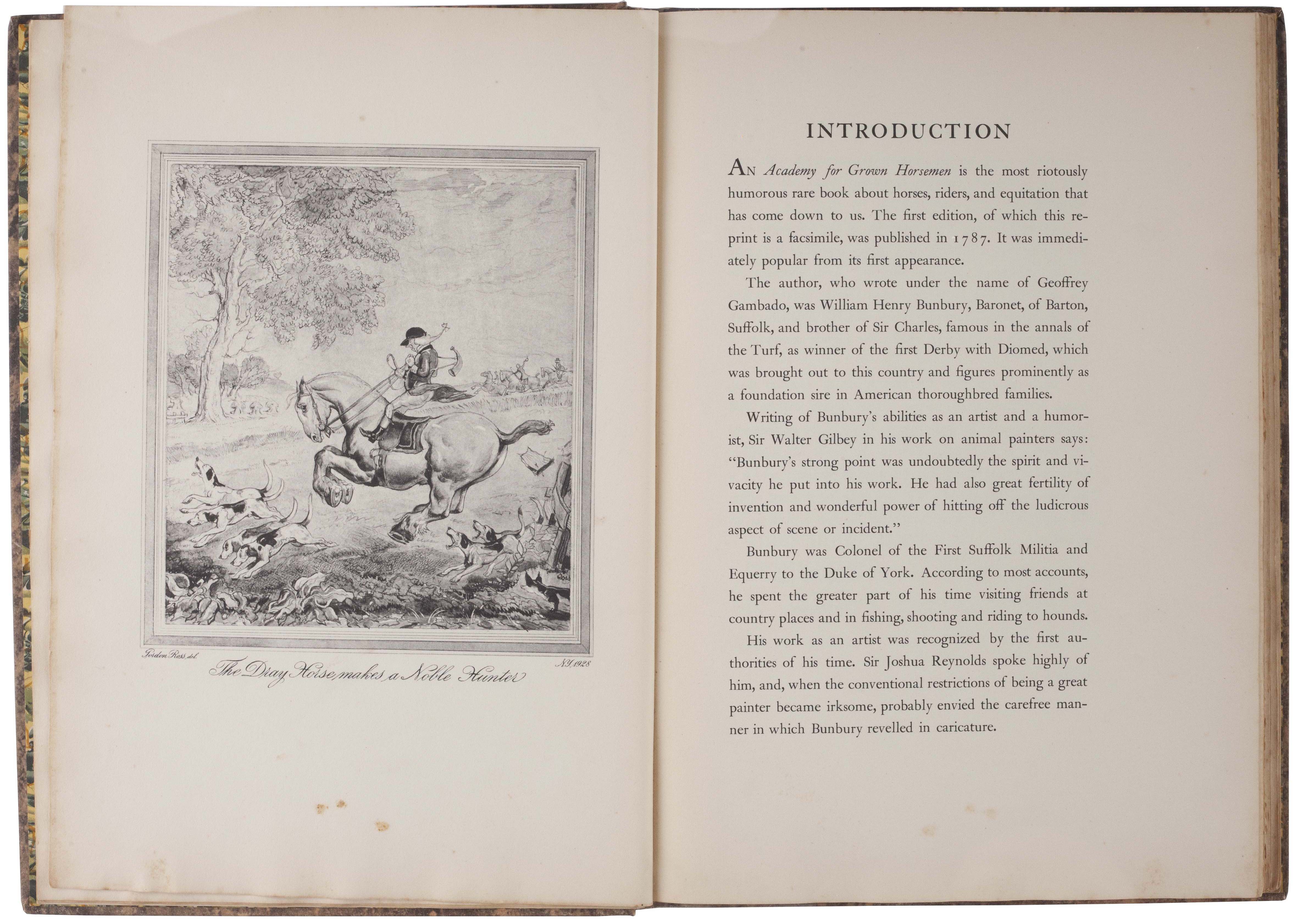 Added to your basket:
An Academy for grown Horsemen, containing the completest Instructions for Walking, Trotting, Cantering, Galloping, Stumbling, and Tumbling, illustrated with Copper Plates, and adorned with a Portrait of the Author.

Limited edition, reprinted from the first, numbered 142 of 400 copies. A humorous parody of the manuals on horsemanship so fashionable in the late eighteenth century, Bunbury’s text was published pseudonymously as Geoffrey Gambado but the plates credited to his own name, with reference to the illustrator as ‘my ingenious elucidator’ (p. 28).