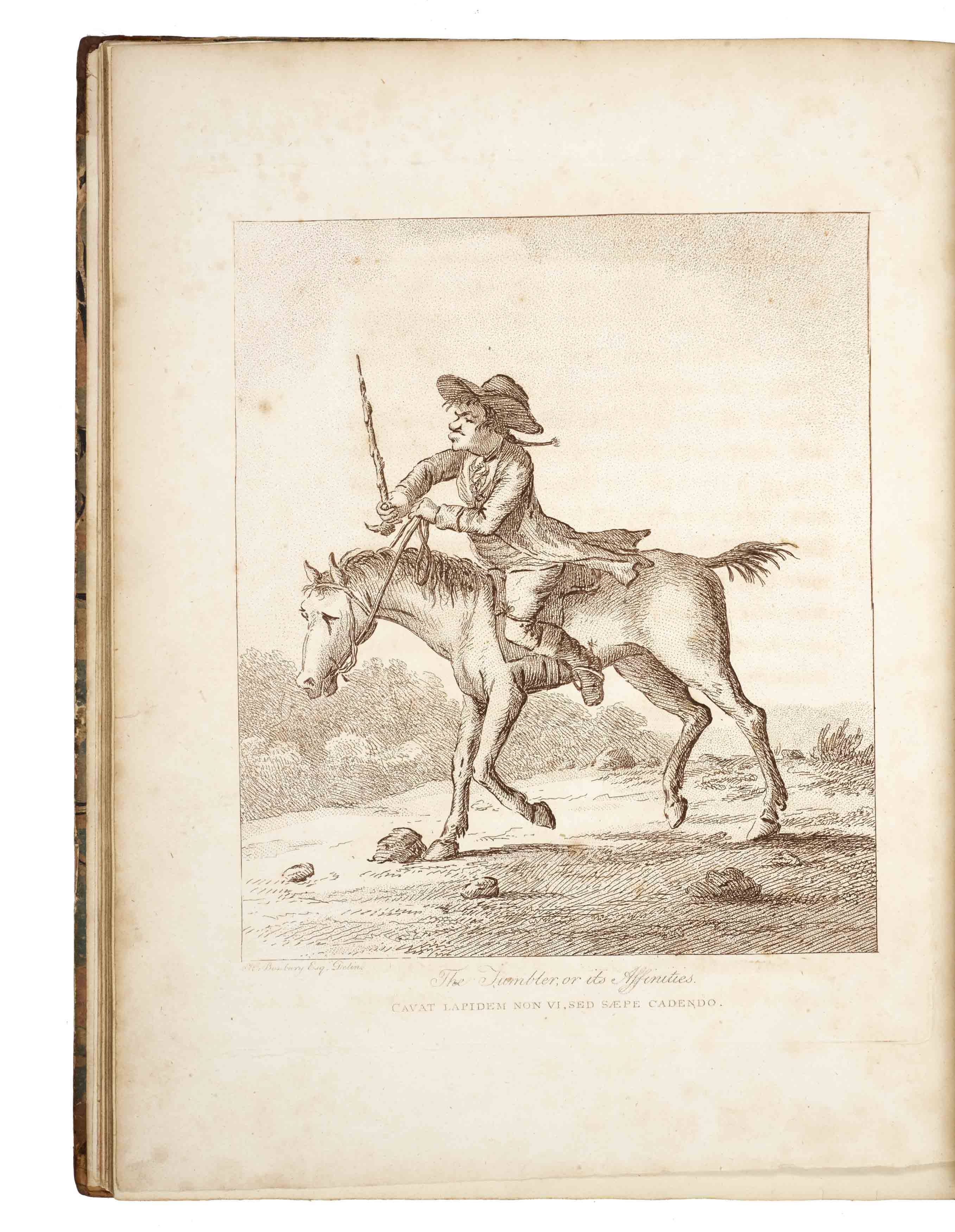 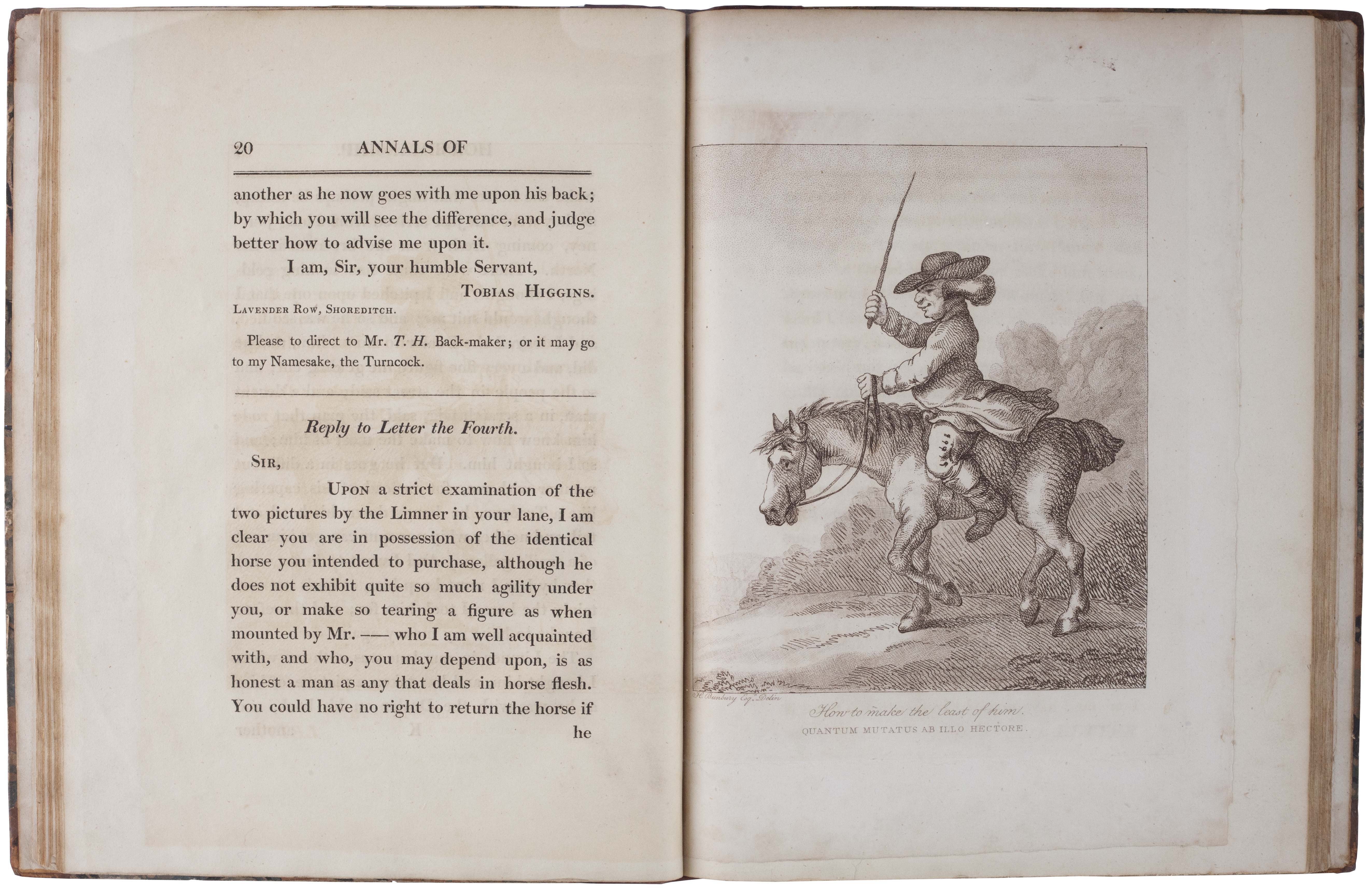 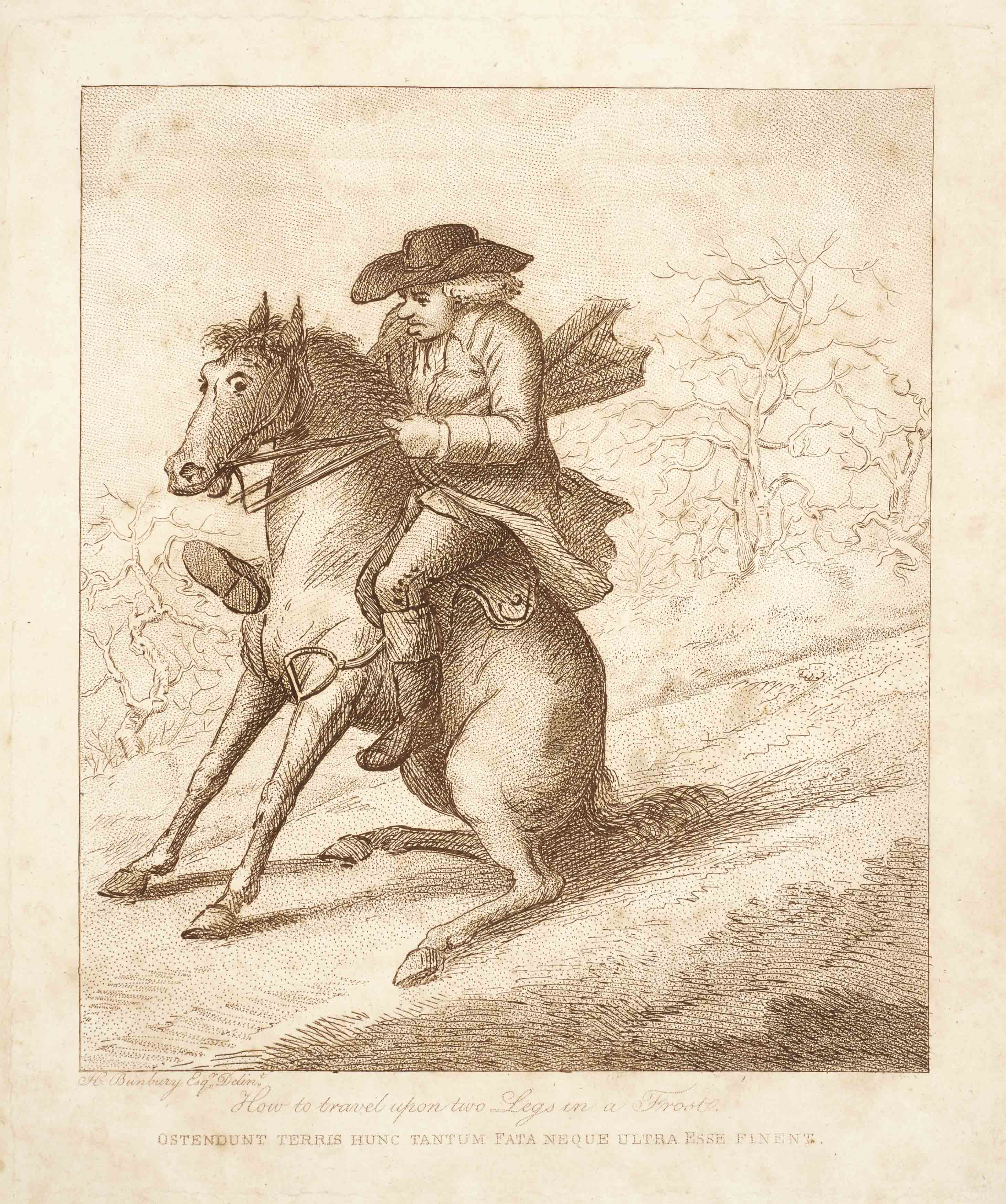 Added to your basket:
Annals of Horsemanship, containing Accounts of accidental Experiments and experimental Accidents, both successful and unsuccessful, communicated by various Correspondents … together with most instructive Remarks thereon, and Answers thereto ... first published … illustrated with Cuts by the most eminent Artists.

Third edition of Bunbury’s satirical work with humorous etchings. First published in 1791 and often presented as a continuation of Bunbury’s Academy for grown Horsemen (published in 1784 also under the name Gambado), the Annals of Horsemanship is a parody of Arthur Young’s Annals of Agriculture, a periodical published in forty-five volumes from 1784 to 1815, though by the early nineteenth century increasingly struggling to produce sufficient material. Presented as ‘Master of the Horse to the Doge of Venice’, the pseudonymous Gambado receives and responds to letters with bizarre proposals for riding and horsemanship, illustrated by Bunbury’s famous etchings.

Hailed by Horace Walpole as ‘the second Hogarth’ (Anecdotes of Painting in England IV, p. viii), Henry William Bunbury (1750–1811) avoided politics and controversy to produce satires and caricatures drawn largely from his tours of Europe, though several works show a keen interest in equestrianism, perhaps under the influence of his elder brother Sir Charles Bunbury, co-founder of the Oaks and the Derby and long-serving Steward of the Jockey Club.

From the library of Sir Francis Freeling (1764–1836), a fellow of the Society of Antiquaries and founding member of the Roxburghe Club.

Cf. Mellon 89 (for a separate edition of the plates); Evans, Catalogue of the curious, choice, and valuable Library of the late Sir Francis Freeling (1836), lot 1294 (this copy, with Academy for grown Horsemen).

The History of America ...

First edition of this important work which from its first publication ‘held its place as the standard history of the discovery of the New World until the 1840s. In it the views of sixteenth-century and later writers are synthesized clearly and cautiously, with due allowance for bias’ (Honour).