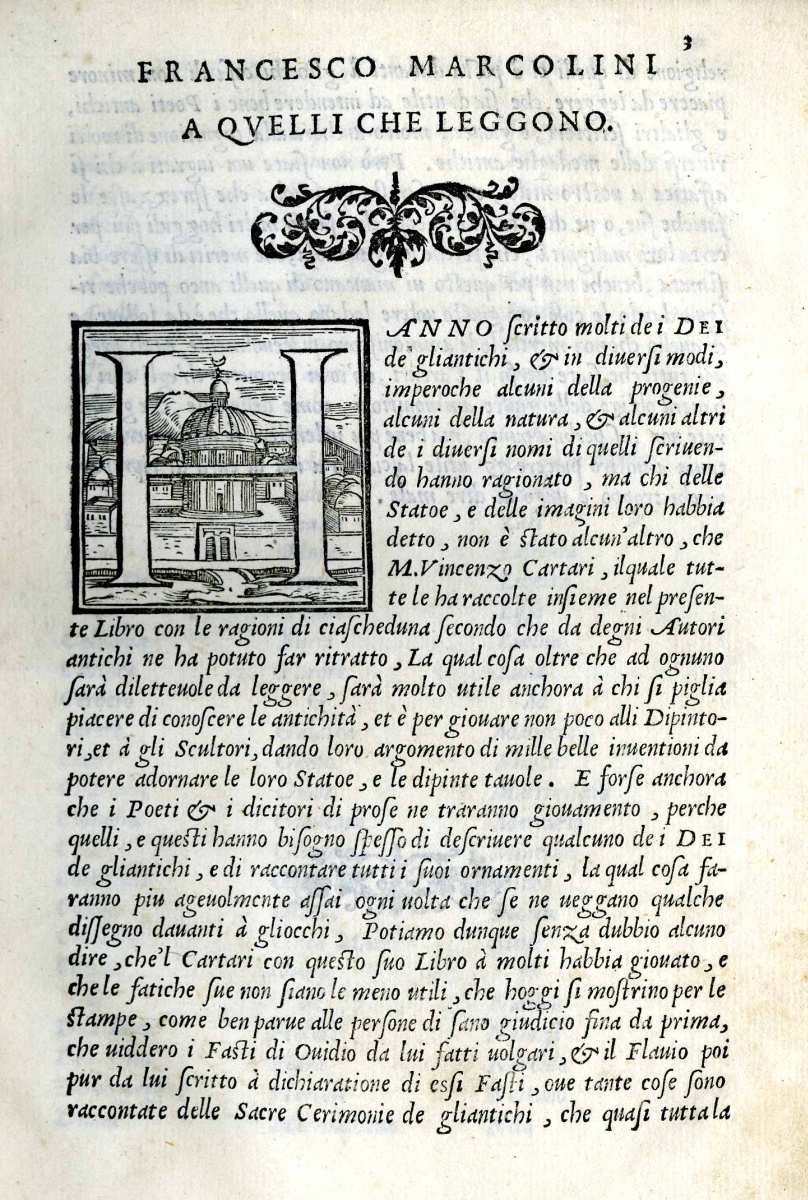 First edition of Cartari’s influential and successful treatise on the mythology of the ancients. Cartari concentrated on the iconography of the gods, explaining their guises and detailing their several attributes. His book was expressively written to aid artists, painters and sculptors, to understand and chose subject matters (see the publisher’s preface, f. 3). The book was an immense success, it went through numerous editions, some illustrated, and was translated into many languages, including English in 1599. It became the iconographic handbook of painters throughout Europe for the next 250 years.

Sale catalogue of the print and drawing collection assembled by the Prussian general Baron Rolas du Rosey (d. 1862). In all 7160 lots were sold. The prices achieved were moderate. 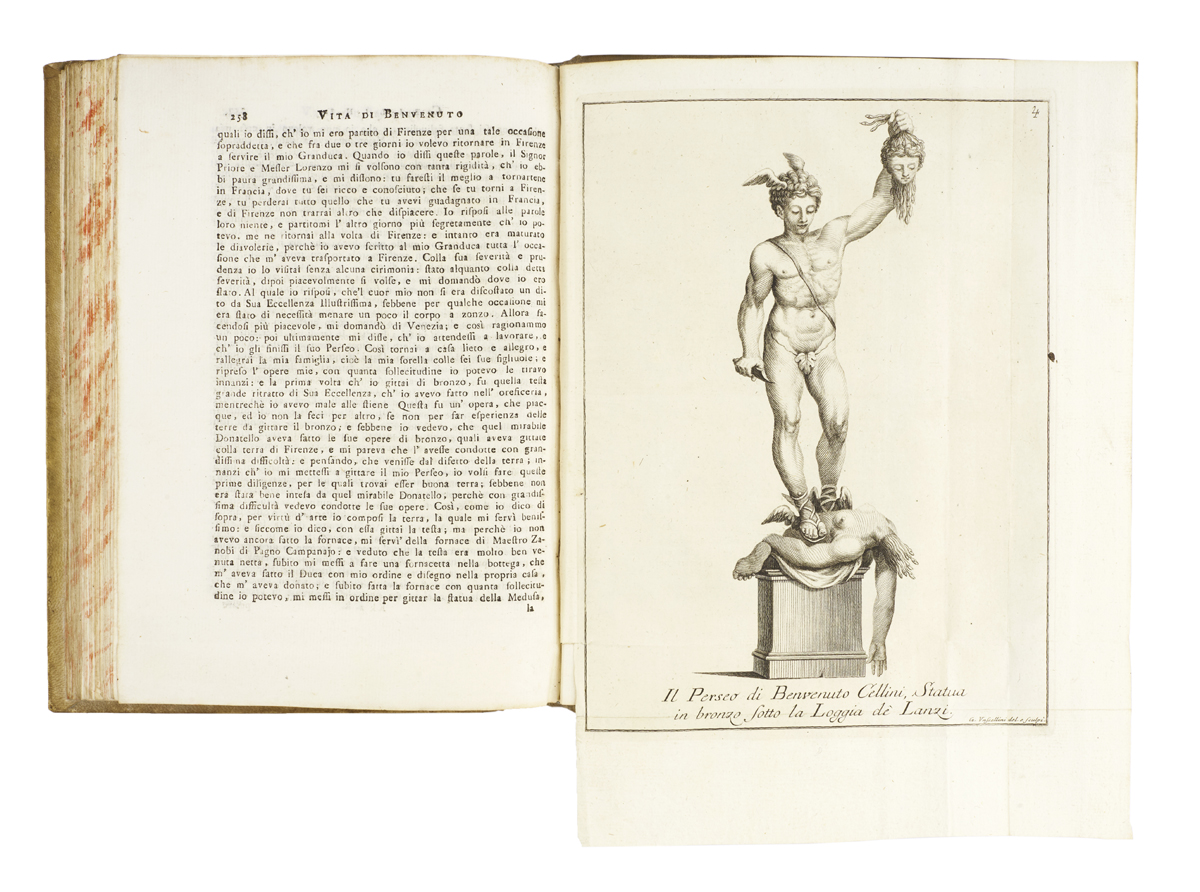 The counterfeit edition of Benvenuto Cellini’s seminal autobiography, extra-illustrated with two large engravings illustrating his ‘Perseus and Medusa’ and the ‘Hercules and Cacus’ of his rival sculptor Bandinelli.