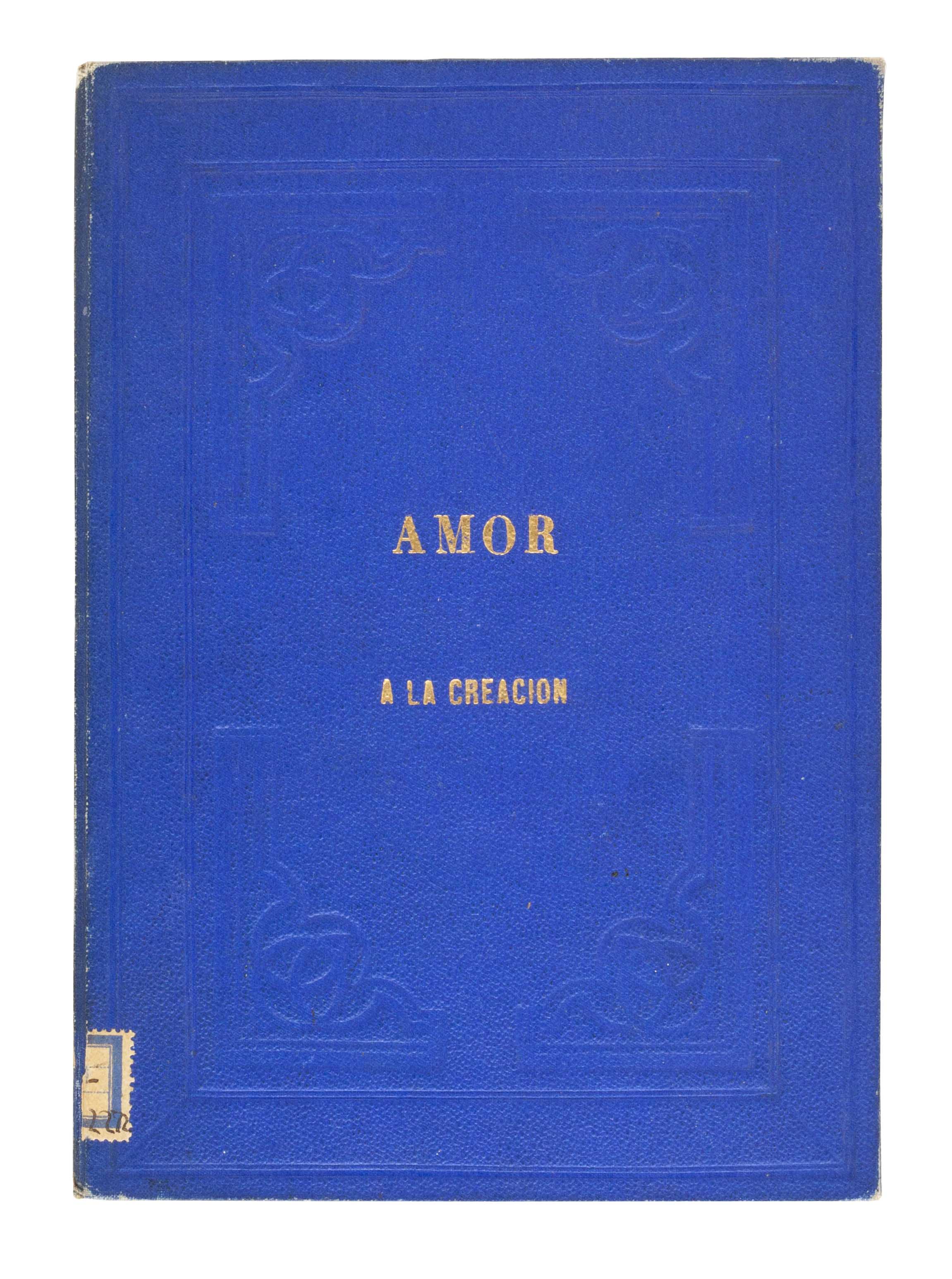 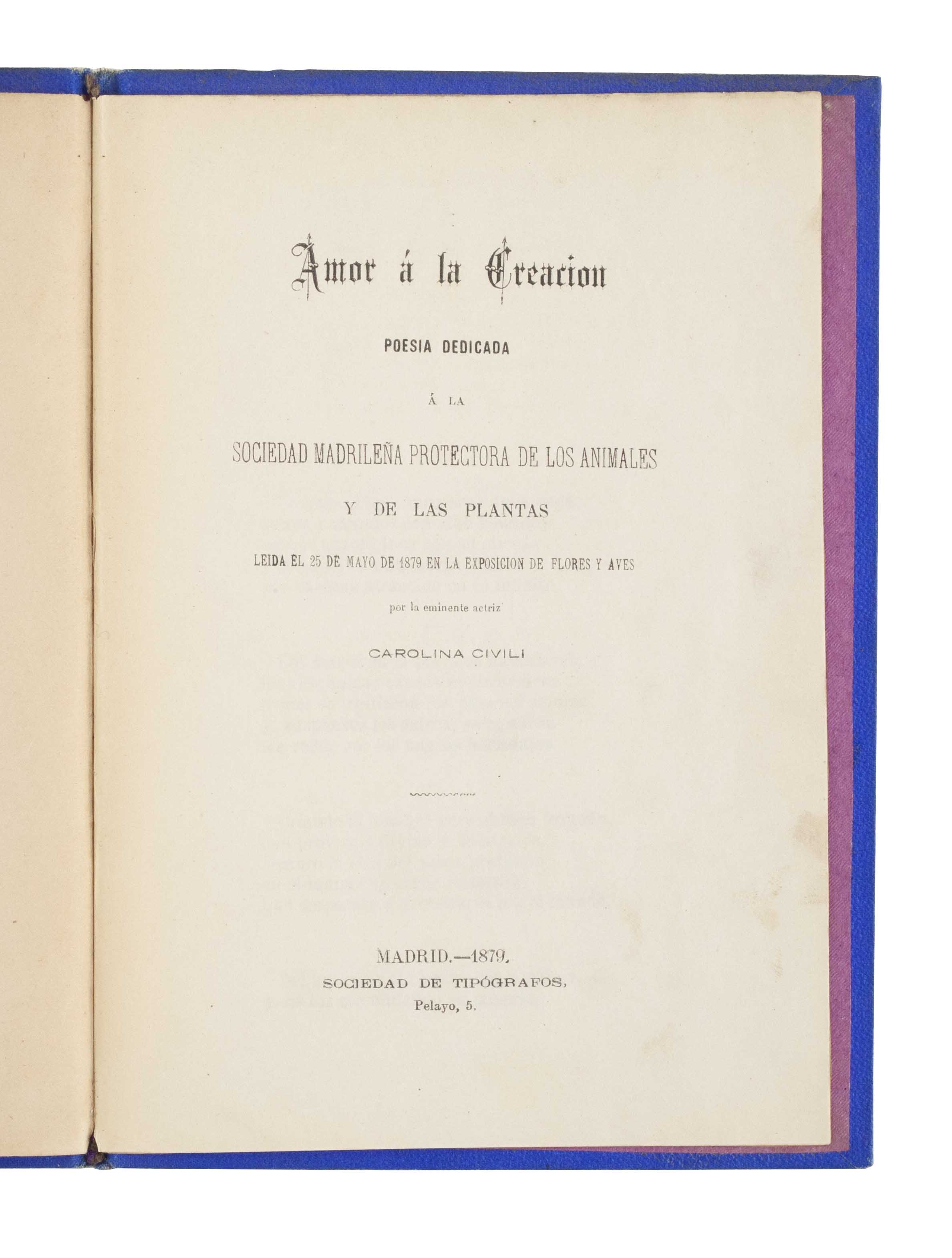 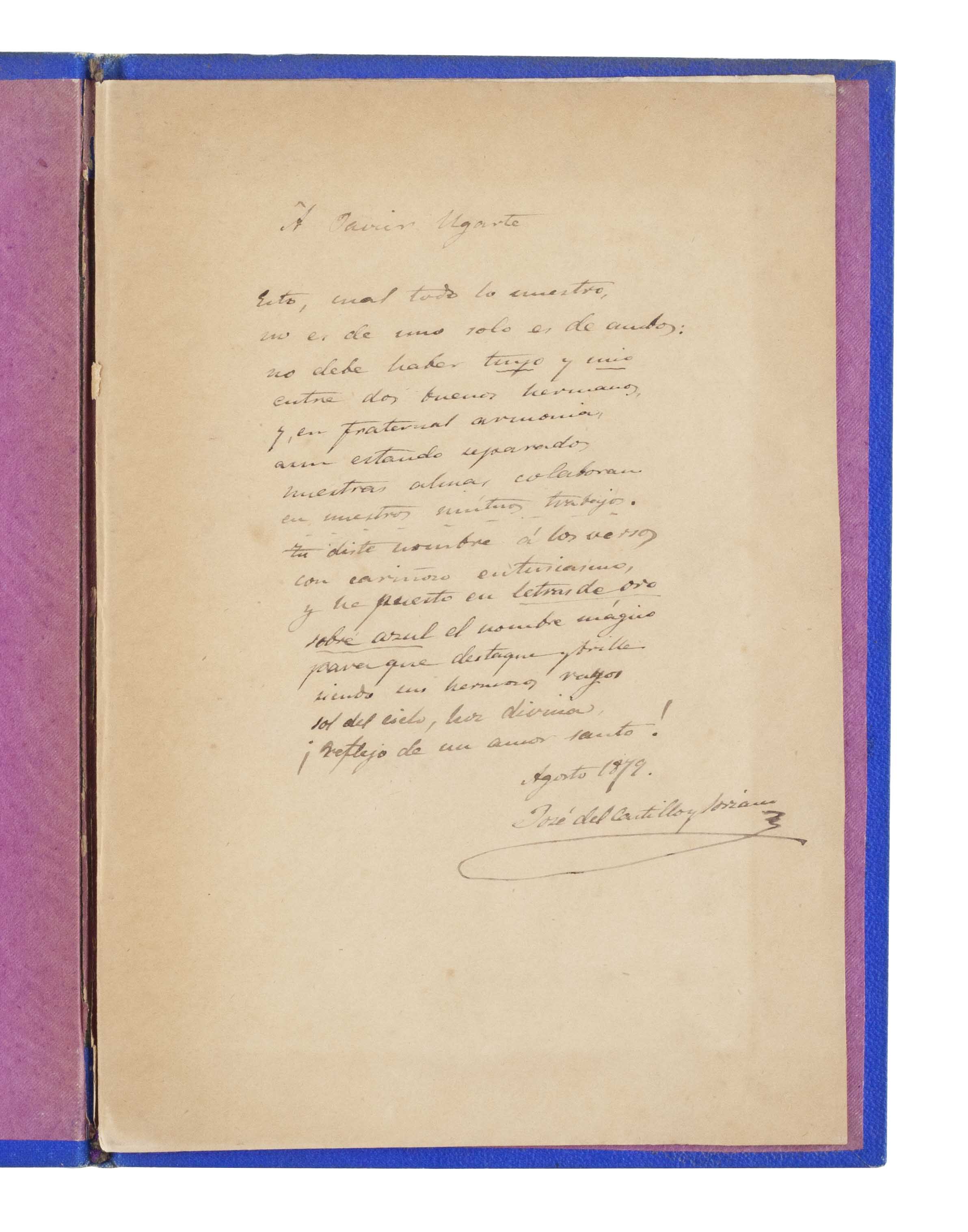 8vo, pp. [8]; a very good copy in the original blue blind-panelled cloth, upper cover lettered in gilt; a little rubbed at the extremities; author’s dedication inscription dated August 1879 to Francisco Javier Ugarte Pagés (lawyer and politician, who would serve in the government of Maria Cristina Habsburg) on the front free end-paper.

Very rare survival: a poem in twenty-four stanzas each of five lines devoted to the celebration of animals and plants, dedicated to the Madrid Society for the protection of nature, and publicly read by the actress Carolina Civili on the occasion of the May 1879 exhibition of plants and birds. This copy was inscribed by the author, a prominent essayist and publicist, for a young Francisco Javier Ugarte Pagés, whose commitment to public life would come to full fruition within the government of Maria Cristina.

OCLC finds a single copy, at the National Library of Spain; not on Library Hub.