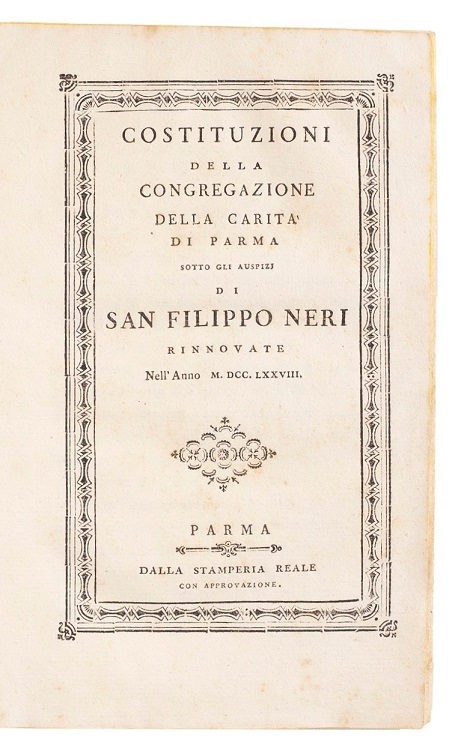 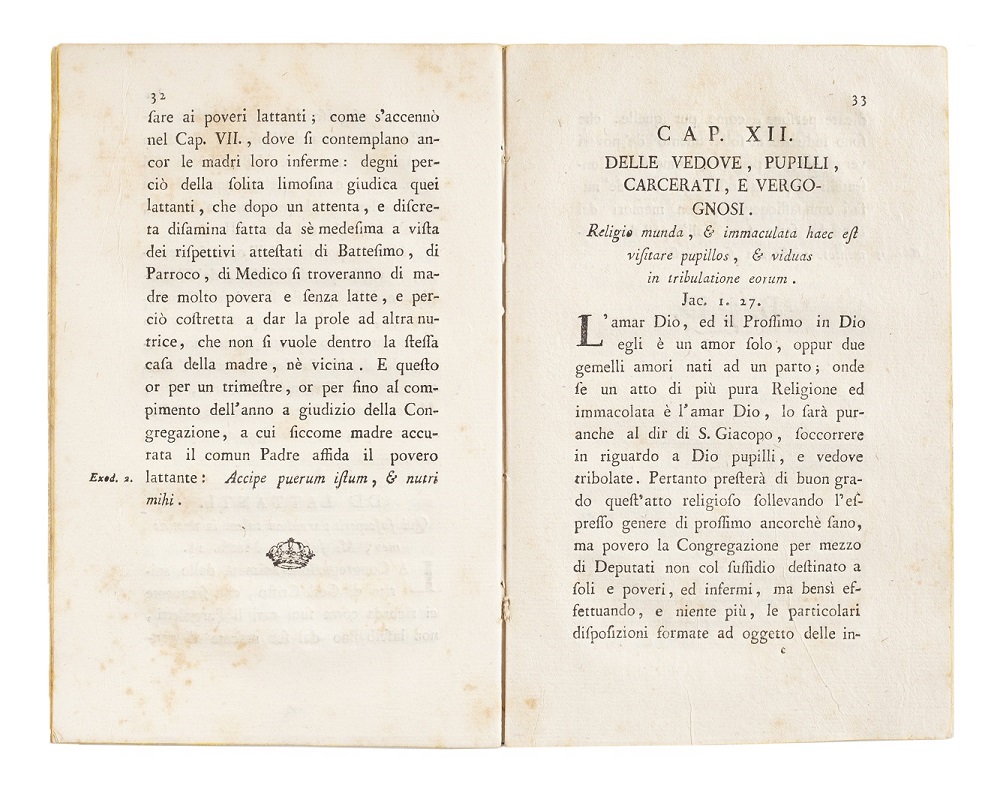 Uncommon set of constitutions for the Congregazione della Carità of Parma, printed after its refoundation in 1777. After a brief introduction, the constitutions set out the procedures for the election of the confreres and their reception, the times and order for meetings, discipline within the confraternity, looking for the poor and infirm within the city, the distribution of alms, the administration of medicines, the role of physicians and surgeons, and the care of new mothers, widows, orphans, prisoners, and the shamed. A final section sets out the order of service for the reception of new confreres.

OCLC records two copies outside Italy, at Oxford and UCLA.

FOR THE ENGLISH CHURCH IN AMSTERDAM DE WITTE, Petrus.

Catechizing upon the Heidelbergh Catechisme, of the Reformed Christian Religion … now after the sixtienth Impression, translated for the English Reformed Congregation in Amsterdam …

First edition in English of De Witte’s Catechizatie over de Heidelbergschen Catechismus (first published in Hoorn in 1652), translated by Mauritius Bohemus for the congregation of the English Church in Amsterdam. De Witte’s work is an exhaustive explanation of the Heidelberg catechism, with replies to any rival opinions on the doctrine contained therein, and was much reprinted – there were thirty-one editions by the end of the century.