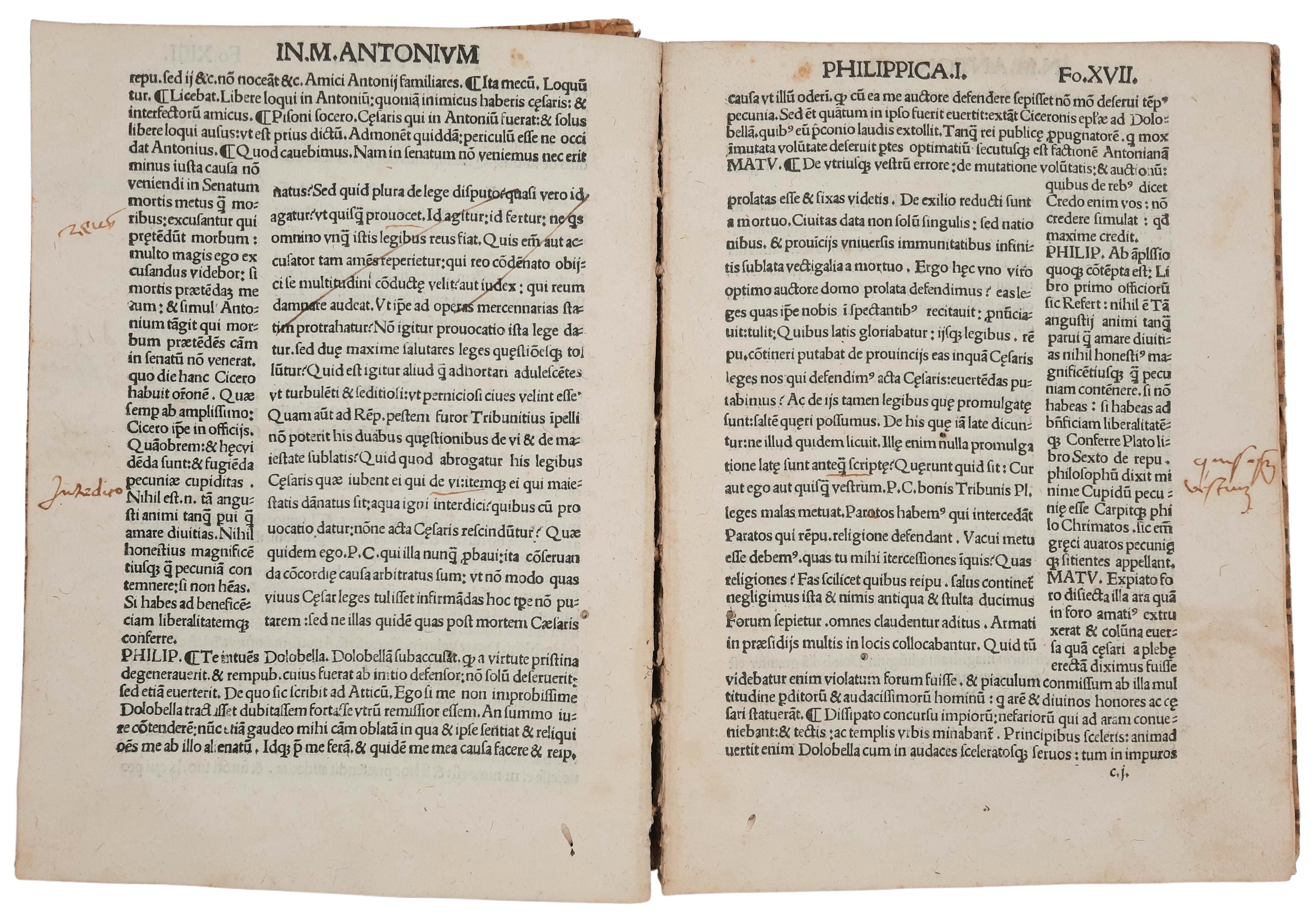 Rare edition, attractively printed and with occasional contemporary annotations, of Cicero’s Philippics, comprising Cicero’s text along with the commentaries of the Cretan humanist George of Trebizond (1396–1486), the Bolognese rhetorician Filippo Beroaldo (1453–1505), and the Perugia historian Francesco Maturanzio (c. 1443–1518). The printer, Thomas Caseus (or Kees) was active in Paris between 1507 and 1516.

The commentary attributed to Trebizond was first printed in Venice around 1475, and deals principally with factual and linguistic aspects of Cicero’s speeches, rather than rhetorical ones; Joachim Classen has argued that they are unlikely to be the work of Trebizond, but that their publication under his name testifies ‘to his fame at least in the years immediately following his death’. Maturanzio’s and Beroaldo’s commentaries had previously appeared together, for instance in 1501 in Bologna.

OCLC records five copies in Europe, at Strasbourg, Mazarine, Erfurt, the Spanish National Library, and the Biblioteca nazionale centrale in Rome, with two in North America, at Princeton and Illinois. Library Hub (Copac) adds one copy at Aberdeen. 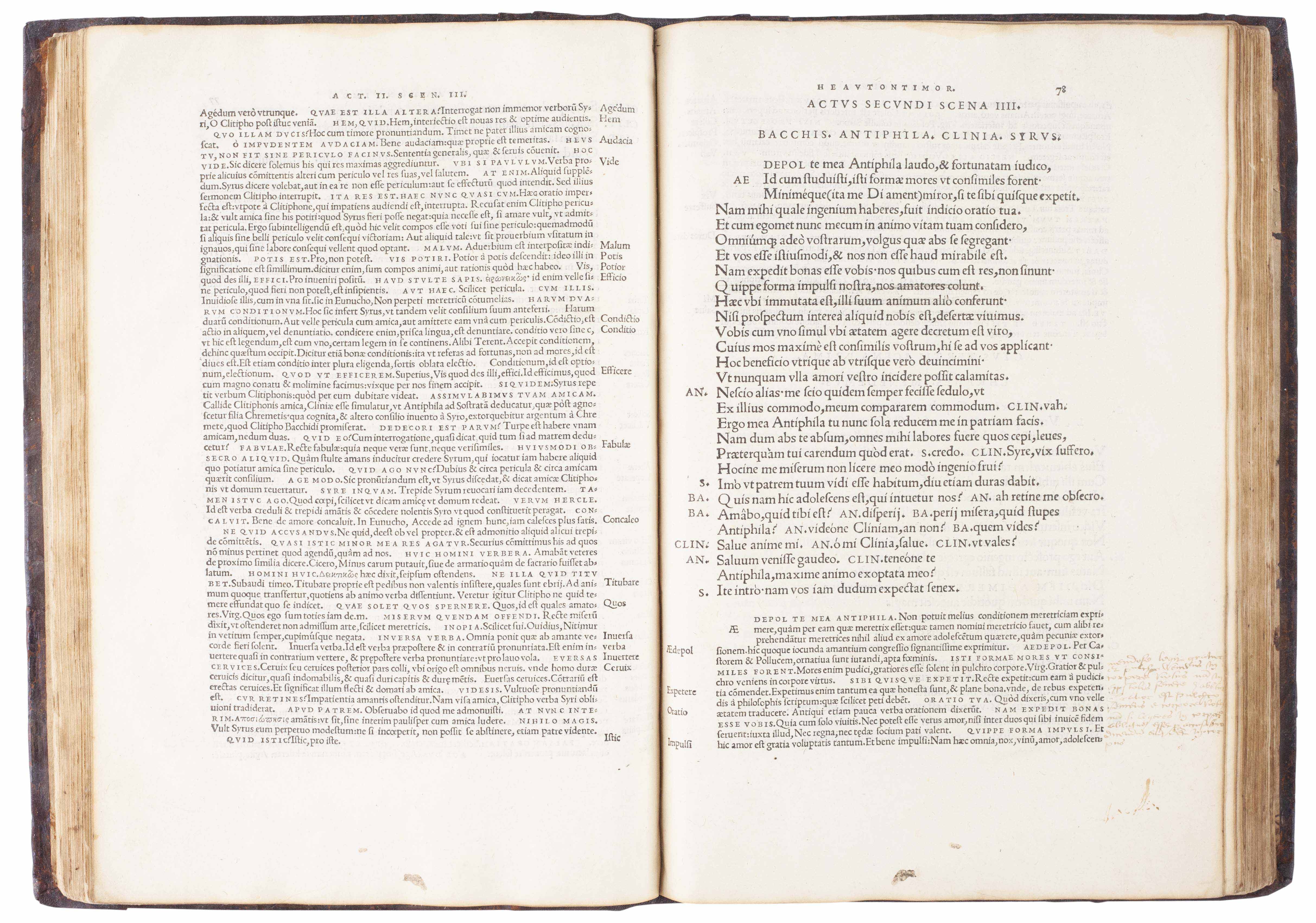 First folio edition of Terence’s comedies by Robert Estienne.  The printer had already produced a small, octavo edition of Terence’s works in 1526.  Confident in its success, and through access to an excellent and ancient manuscript of the fourth-century commentary by Aelius Donatus, ‘in 1529 he published a more ambitious edition of the comedies with the commentaries of Donatus’ (Armstrong, p. 79).