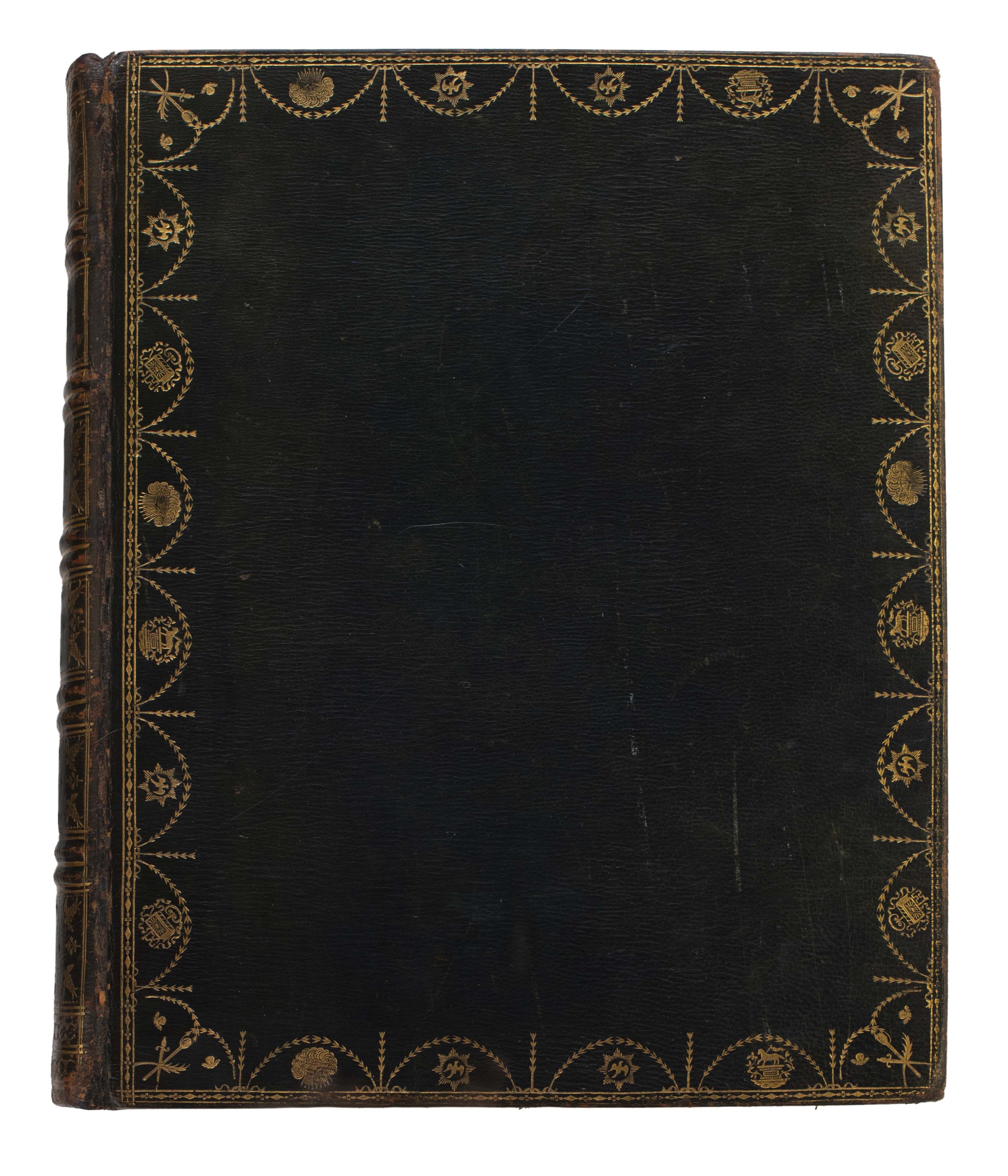 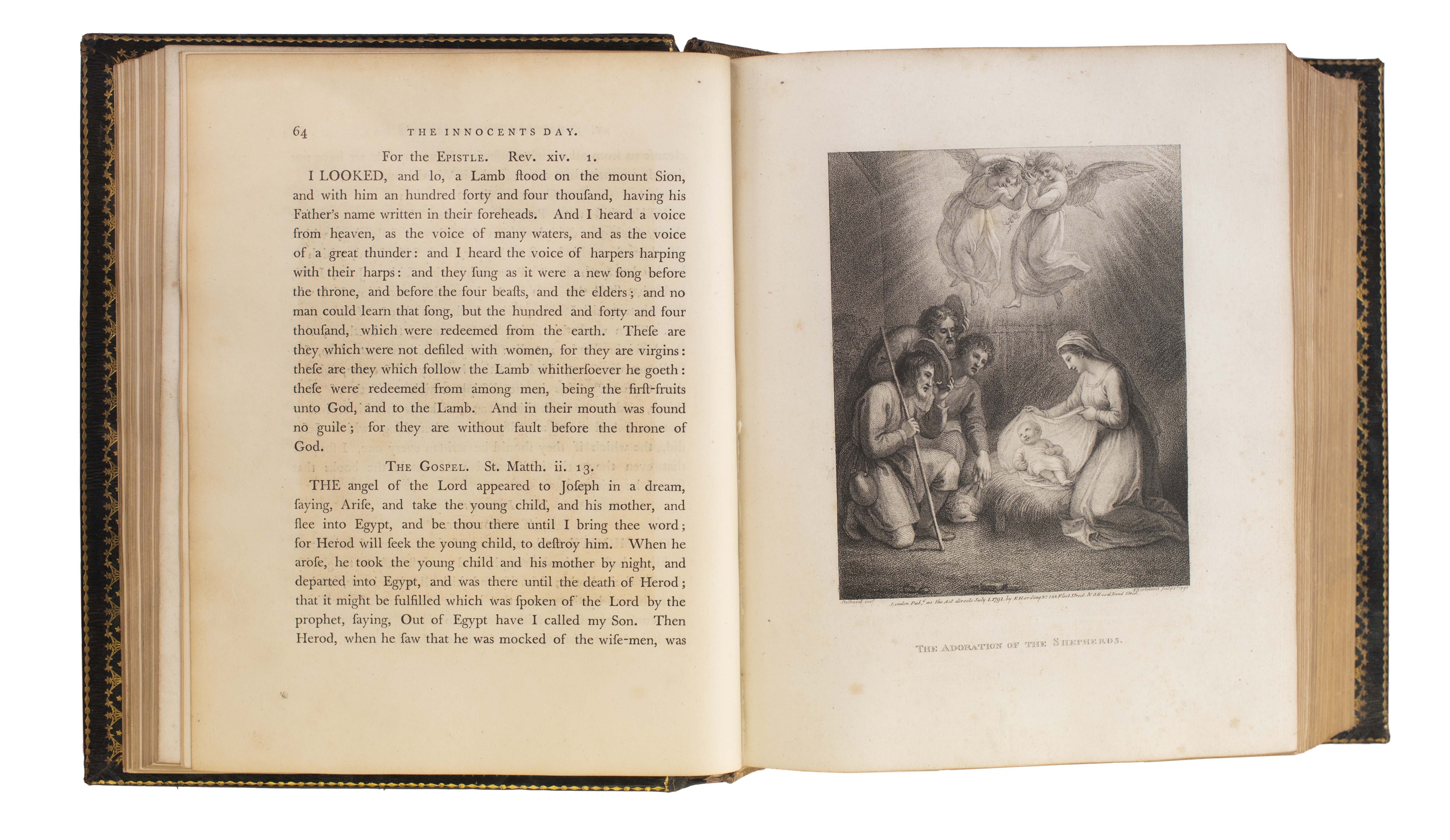 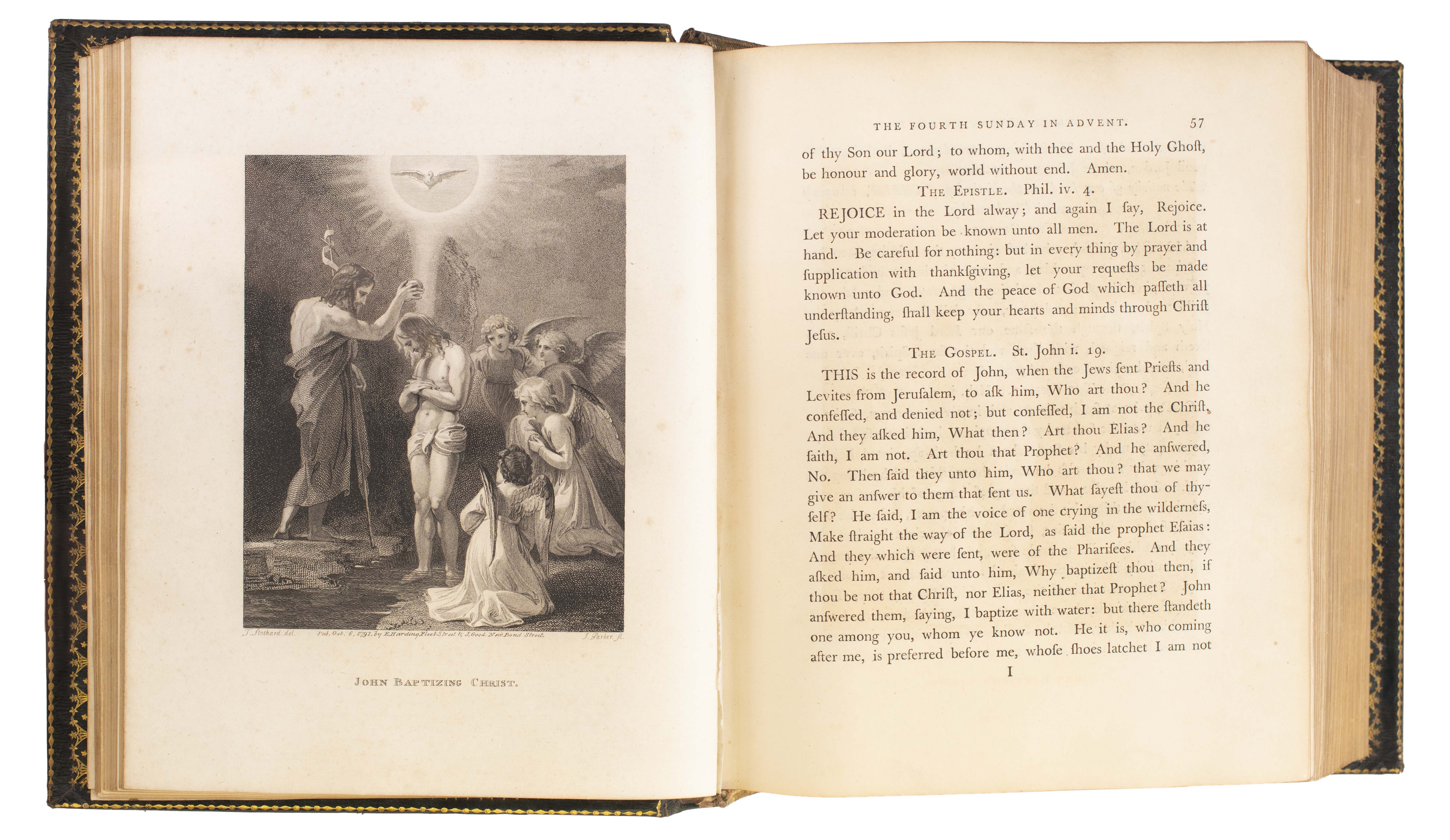 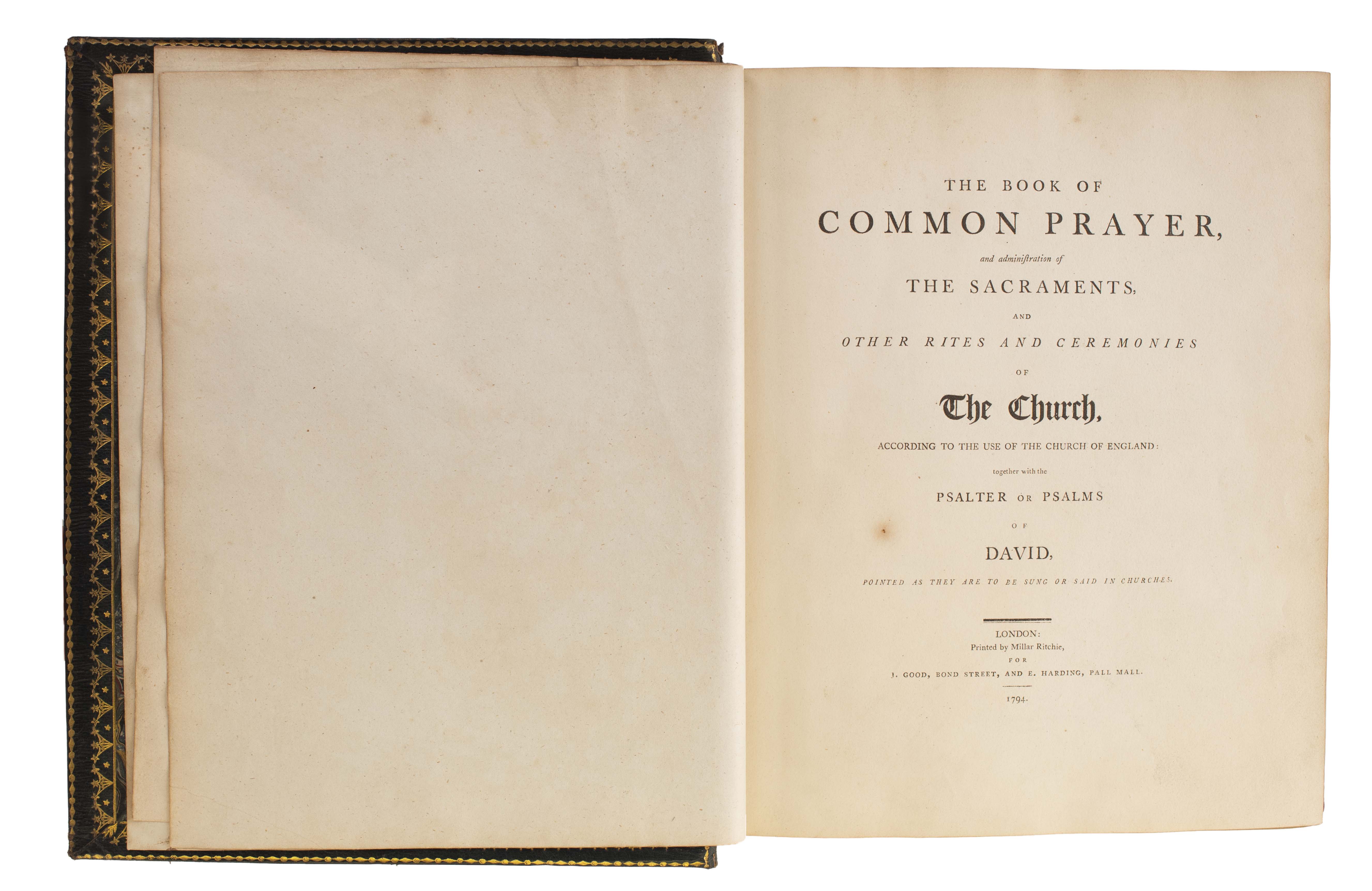 Added to your basket:
The Book of Common Prayer, and Administration of the Sacraments, and other Rites and Ceremonies of the Church, according to the Use of the Church of England, together with the Psalter or Psalms of David, pointed as they are to be sung or said in Churches.

The London bookbinder John Lovejoy (fl. c. 1781–1812) is known by his distinctive Masonic bindings, employing an array of Masonic tools often arranged in striking compositions. He was himself a Mason, from around 1791 until 1812. His practices as an employer, however, earned him a certain notoriety among binders and the nickname ‘the Tyrant’: as a journeyman in 1781 he advocated a reduction in the working day (from fourteen to thirteen hours) but, when a master binder, he bitterly opposed such a change and was among the employers who prosecuted the leaders of the 1786 strike. Although it is accepted that Lovejoy was not, as previously thought, the only binder using Masonic motifs, close comparison of the tools with other examples of his work suggests this binding to be his.

Good and Harding’s 1794 Common Prayer appeared in two settings, one octavo and the other a splendid large quarto, as here. The fine series of stipple-engravings shows both biblical and liturgical scenes, including several by Federico Bartolozzi and Luigi Schiavonetti after Thomas Stothard and Silvester Harding. The plates are variously dated between 1791 (the date of the dedication) and 1794, suggesting the work was several years in progress and perhaps issued in parts; copies are rarely seen with all fifteen engravings.