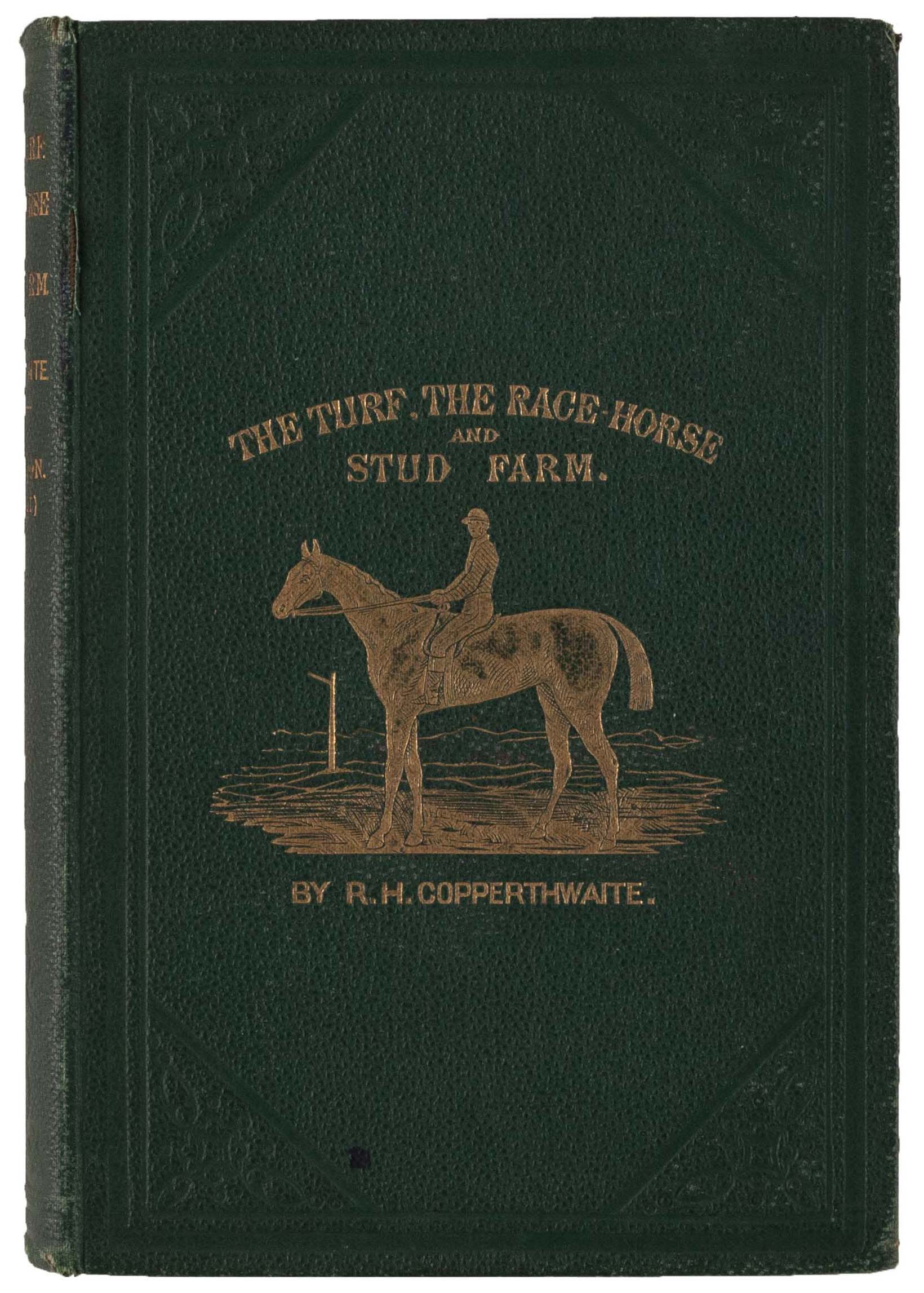 Added to your basket:
The Turf and the Racehorse, describing Trainers and Training, the Stud-Farm, the Sires and Brood-Mares of the Past and Present, and how to breed and rear the Racehorse.

First edition of a scarce account of mid-nineteenth-century race horses, including notes and anecdotes on breeding, buying, training, and racing, and with an extensive table of ‘the tried brood mares of the day’, showing their pedigrees and progeny.

An Essay on Man, in four Epistles to Henry St. John, Lord Bolingbroke …

A very fine edition, one of two hundred copies according to Lowndes.  The four plates in the text were engraved for a forthcoming parallel-text English–Portuguese edition published by Charles Whittington – the prints here being proofs before lettering.  Their inclusion along with ‘the present perfection of the typographic art’ should make ‘a specimen of excellence which will be equally acceptable to the collector, the connoisseur, and the admirer of our philosophical poet’ (Advertisement).