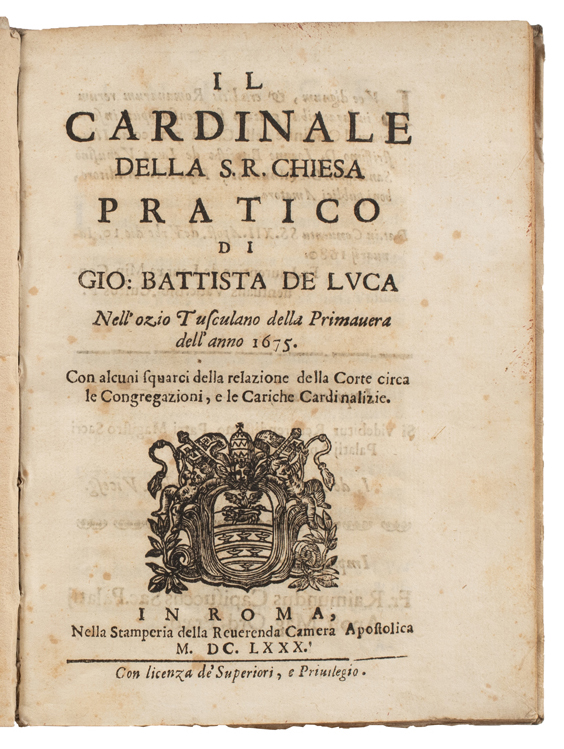 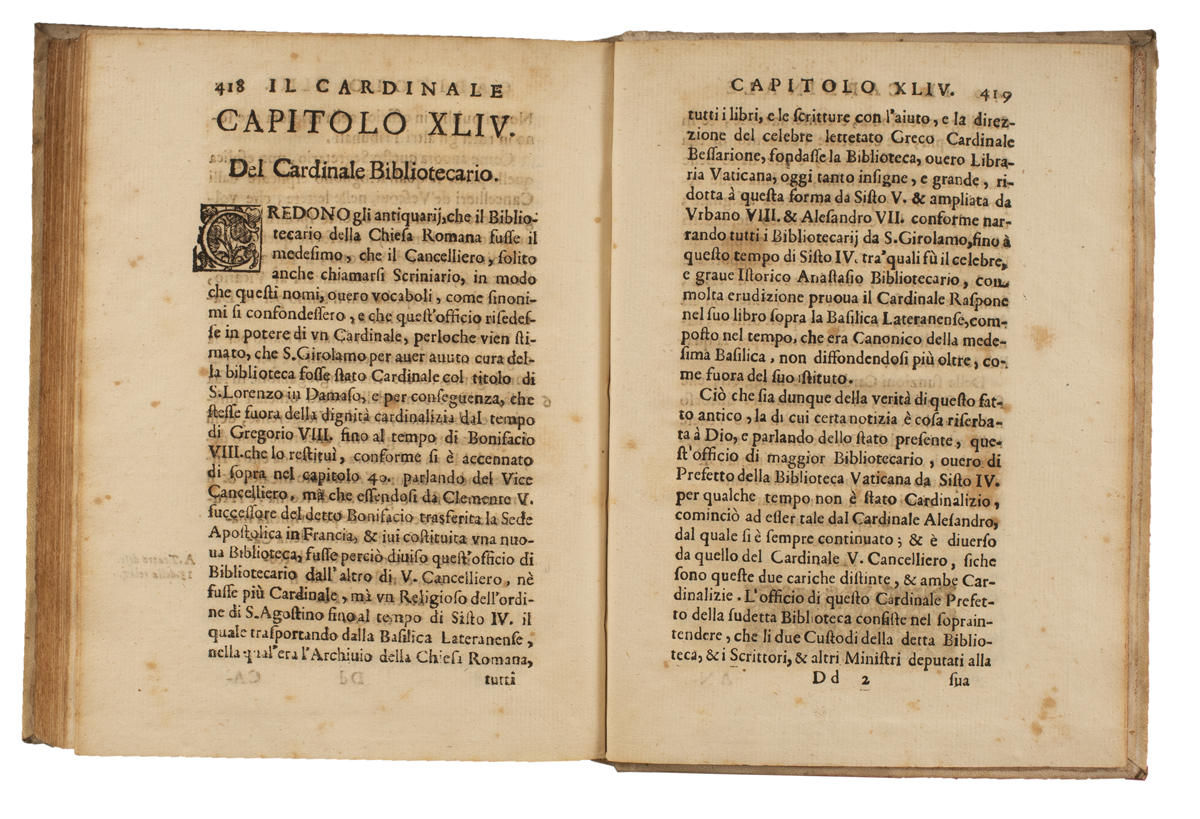 Scarce first edition of this thorough work on the cardinalate by the Italian jurist and cardinal De Luca (1614–1683).  De Luca studied and practiced law at Naples before moving to Rome in 1645, where he established his reputation as one of Italy’s pre-eminent jurists and worked closely with Innocent XI to reform the Roman Curia.

A prolific writer, De Luca here shines the light of his knowledge and experience on all matters to do with cardinals.  Beginning with the College of Cardinals, he discusses, for example, their number, the manner of their election and removal from office, their dress, their powers, jurisdiction and emoluments, the qualities and knowledge required of them (here he names several cardinals distinguished for their erudition in theology, literature, and law), and their role during sede vacante and in the election of Popes.  De Luca then examines the various Congregations of the Roman Curia, such as those for the Holy Inquisition, for Sacred Rites, for the Index of Forbidden Books, and for the Propagation of the Faith, and ends by detailing the roles of special types of cardinals, such as the Camerlengo and the Cardinal Librarian (referring to the Vatican Library).

Scarce later issue of this wonderful suite of engravings depicting the Passion of Christ by the noted engraver Sébastien Le Clerc (1637–1714), running from Christ’s arrival in the Garden of Olives to the Holy Spirit descending upon the Apostles. 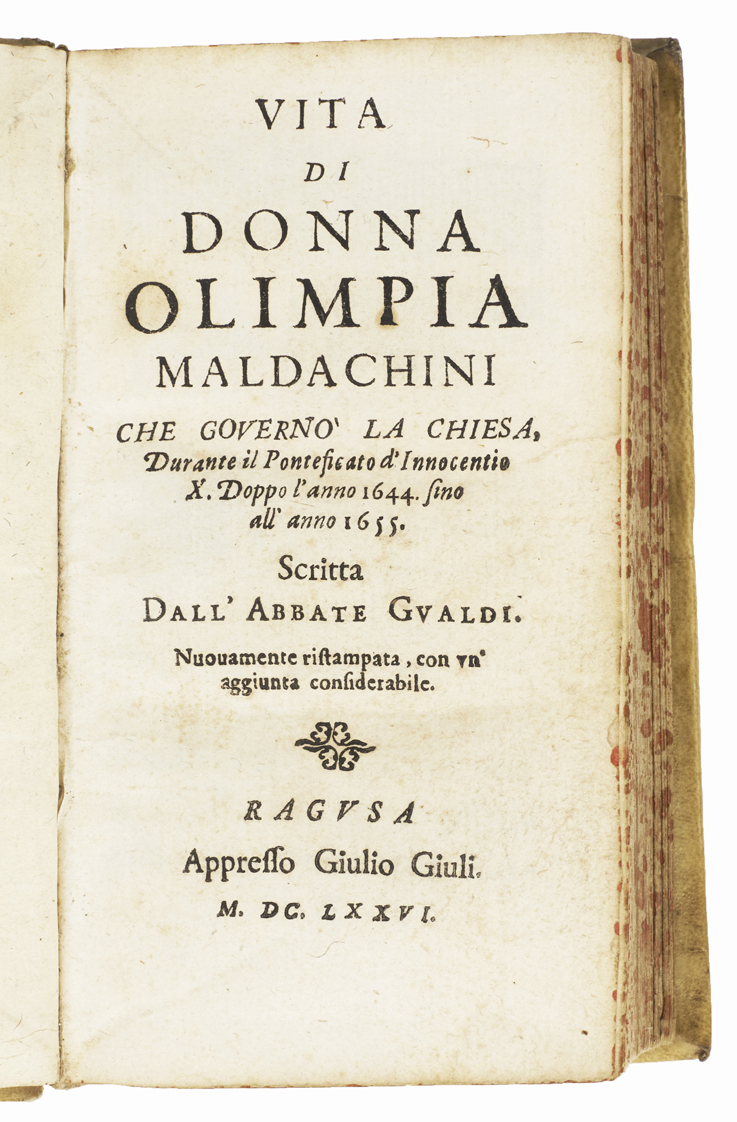 Scarce expanded edition of Gregorio Leti’s salacious life of Olimpia Maidalchini Pamphilij, the infamous sister-in-law of Innocent X dubbed ‘Pope Olimpia I’ for her extraordinary influence on the Papacy.