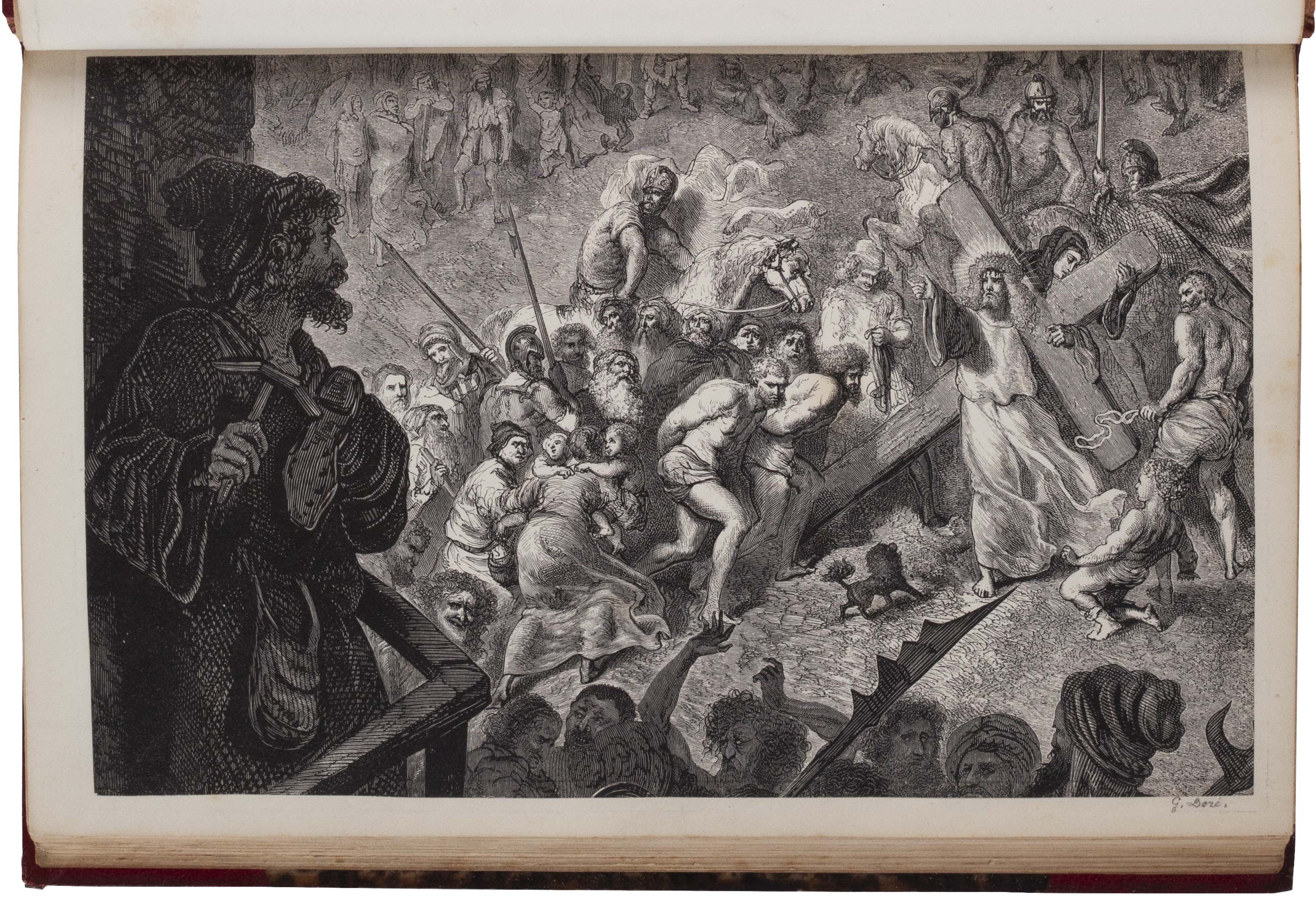 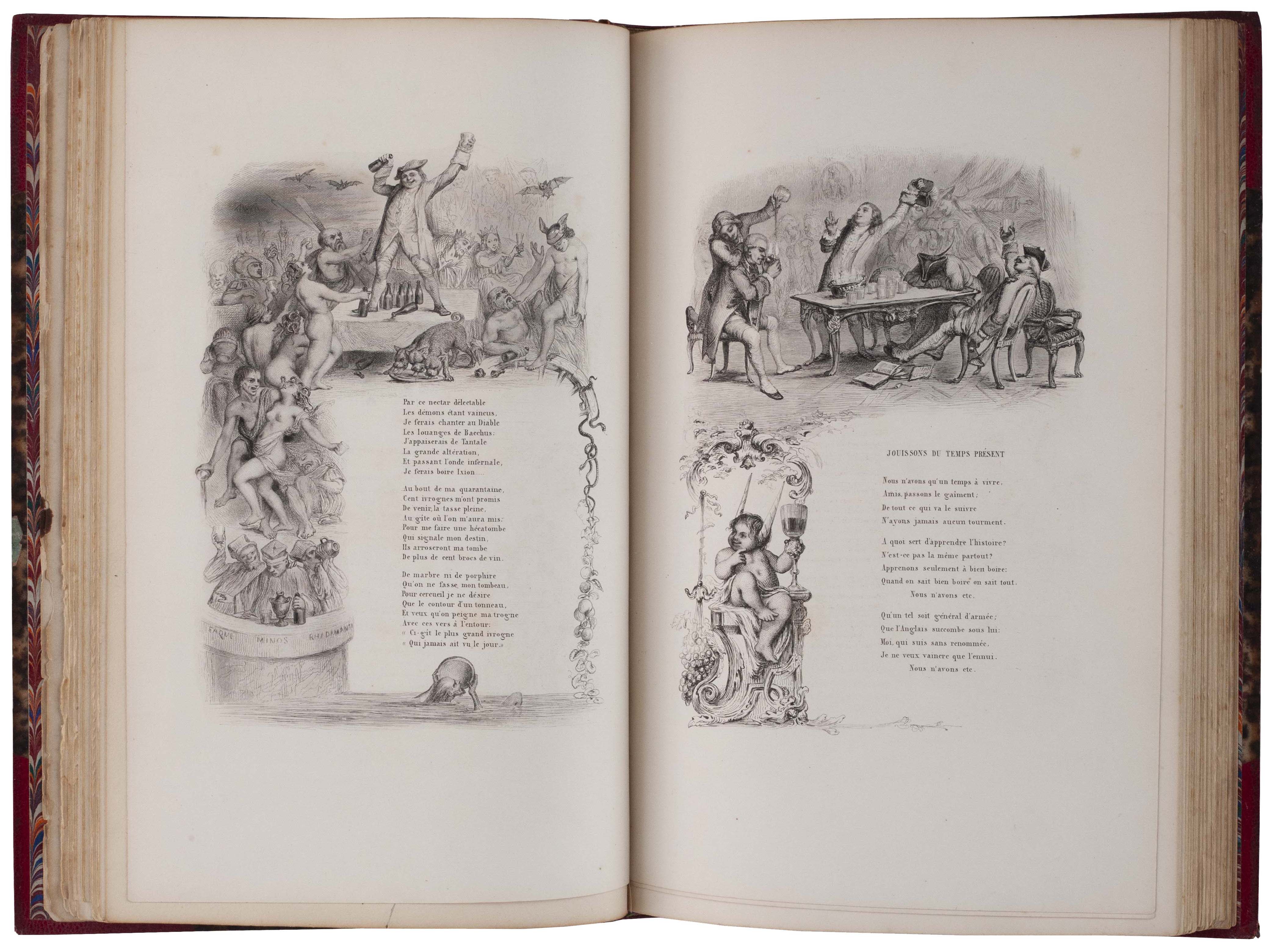 111 (of 112) issues in 4 vols, large 8vo, engraved throughout and copiously illustrated with large steel-engraved vignettes, with 8 pp. prefatory material to each volume, vols I-III with engraved titles and extra-illustrated with two plates each, vol. IV with frontispiece; spotting in places; a very good set in contemporary half red roan with pseudo-marbled sides by Brany, spines gilt in compartments and lettered directly in gilt, non-pareil marbled endpapers; rubbed with light chipping at extremities; early twentieth-century gilt-embossed red paper booklabel with monogram ‘JN’, bookplates of Antoinette Corwith Dangler to upper pastedowns, inscription dated 1968 to flyleaf vol. I.

First edition of a finely illustrated, serially published collection of French music, broad-margined, extra-illustrated, and accompanied by the later fourth series. Formed of four series of twenty-eight issues, sold individually at sixty centimes from February 1842, the Chants et chansons populaires are considered by Carteret to be an ‘admirable publication, printed on papier vélin fort, deservedly highly esteemed as one of the most beautiful of the nineteenth century, which can be compared to the handsome illustrated books of the eighteenth century’ (trans.).

Each issue consists of two pages of engraved text, four pages of lyrics surrounded by illustrations, and two pages of music. Each volume is prefaced by eight additional pages and an engraved title, provided to subscribers.

The present set is extra-illustrated with six plates, among them Gustave Doré’s Juif errant (1856).