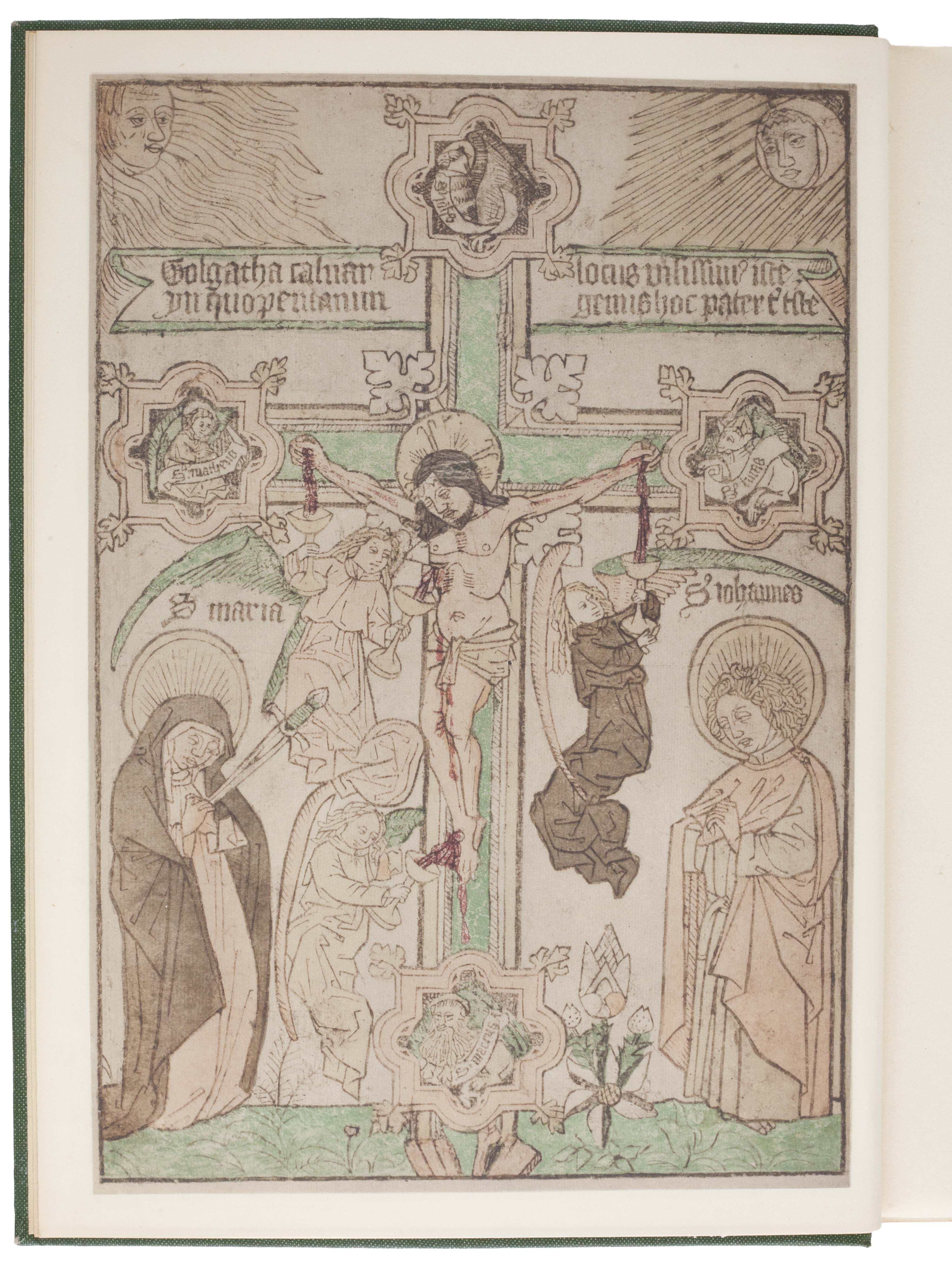 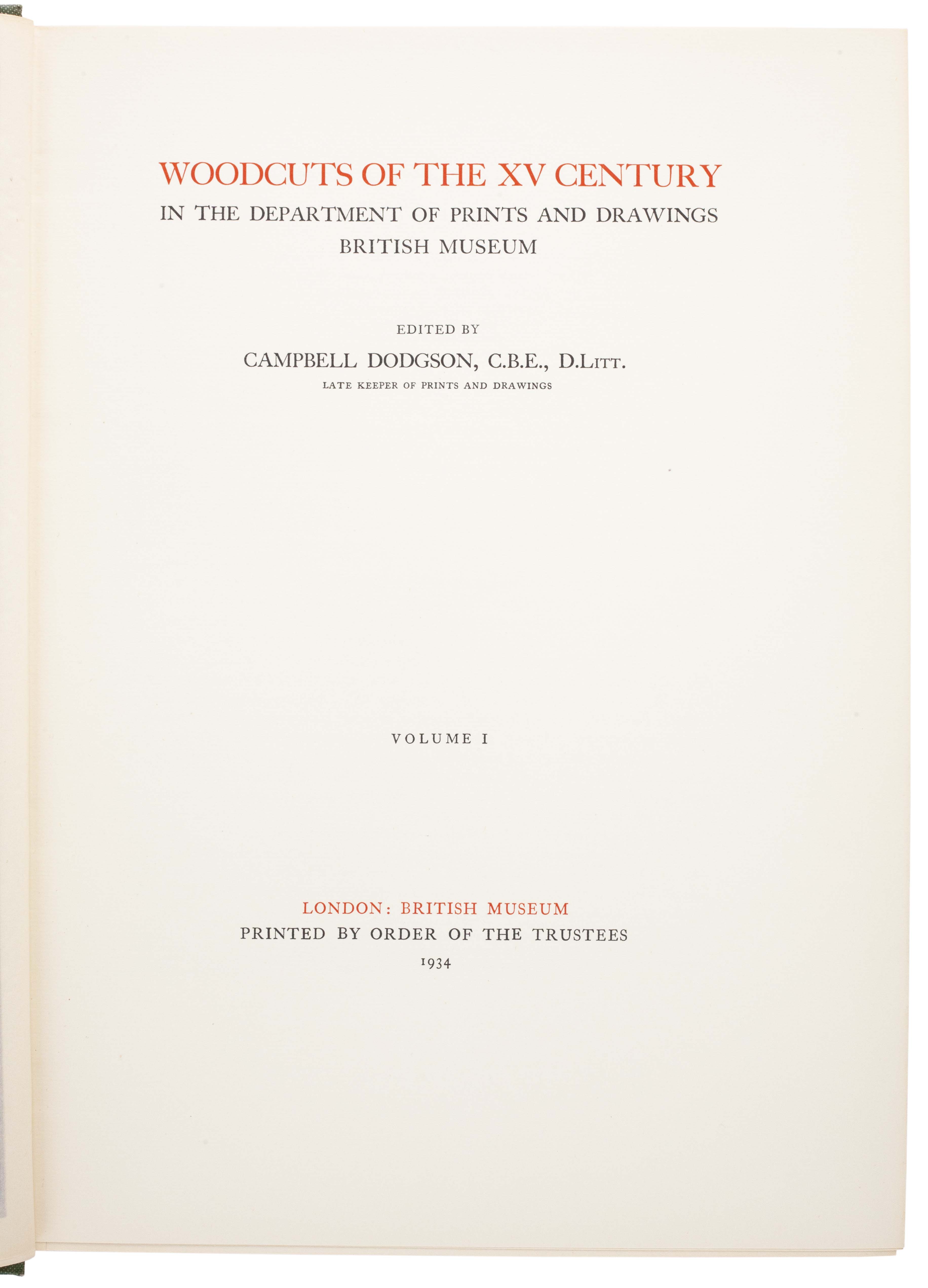 2 vols, folio, pp. I: 28, II: 33, [3]; each volume with colour-printed frontispiece and tissue guard, in all 131 plates (numbered 1-117 with seconds) of which 17 double-page; titles printed in red and black; an internally excellent set in publisher’s green buckram, spines lettered in gilt; endcaps a little rubbed and bumped, a few very slight marks to boards; front free endpapers inscribed ‘JEB'.

Added to your basket:
Woodcuts of the XV Century in the Department of Prints and Drawings, British Museum.

First edition, scarce, of Dodgson’s authoritative and thoroughly illustrated catalogue of fifteenth-century woodcuts in the British Museum. Published after two decades as Keeper of Prints and Drawings at the British Museum, the monumental Woodcuts of the XV Century is considerably scarcer than Dodgson’s earlier Early German and Flemish Woodcuts. 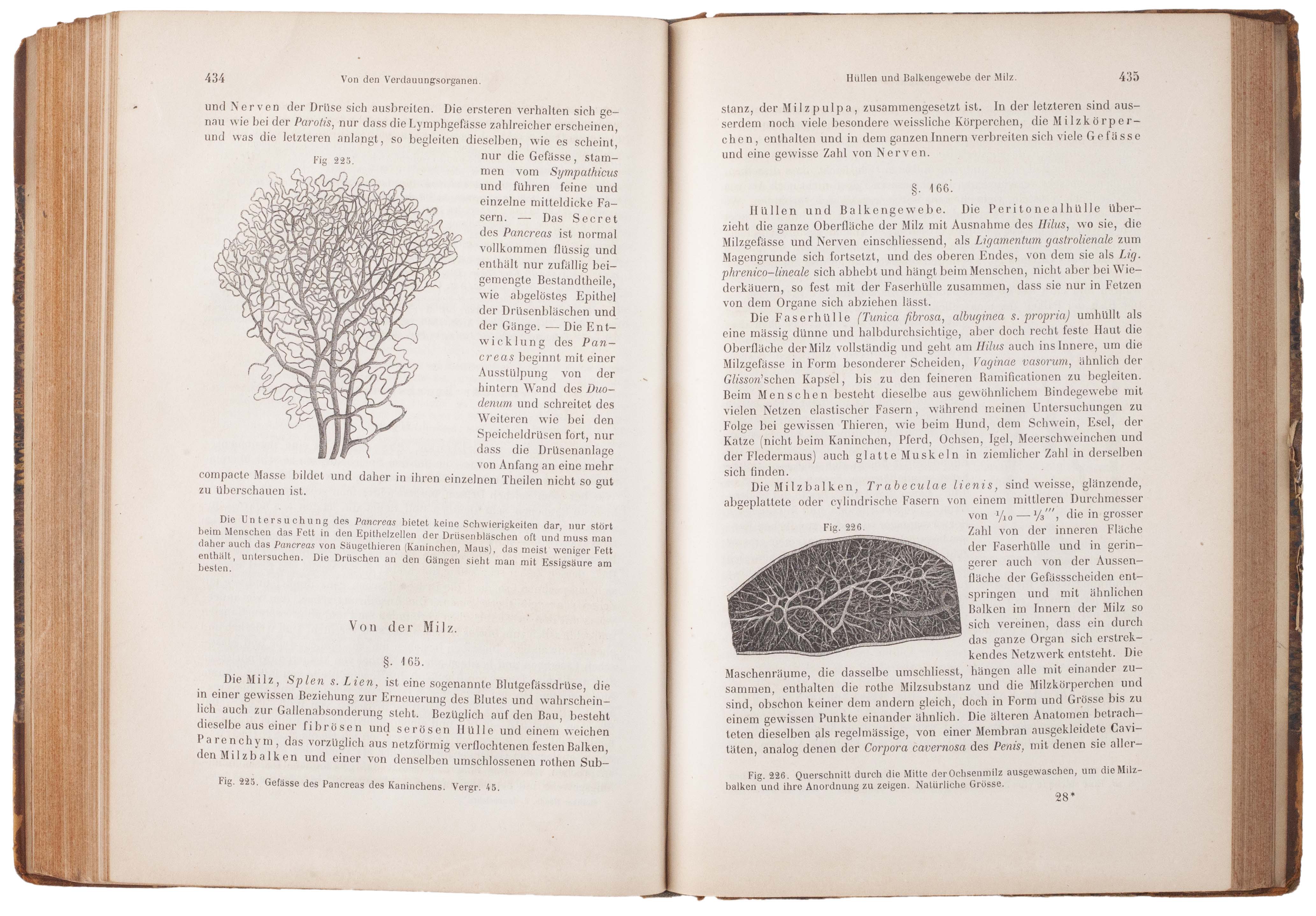