First edition of this exposition of Aristotle’s dialaectics, moral, and natural philosophy by ‘one of the major transmitters of culture in cinquecento Italy’ (Ronnie H. Terpening, Lodovico Dolce: Renaissance Man of Letters, 1997). 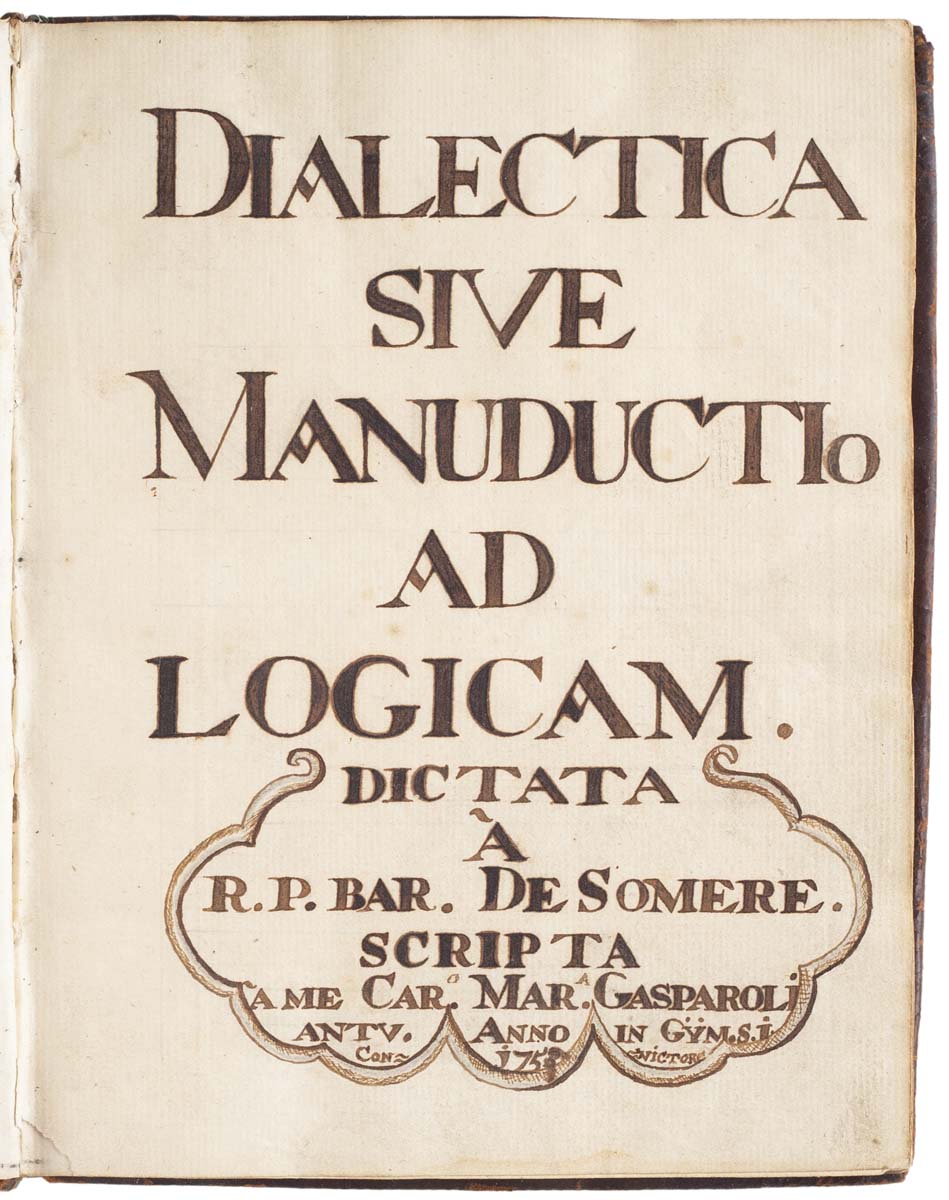 A handsome manuscript comprising a thorough course in logic and dialectic, executed by a student at the Jesuit college in Antwerp, and illustrated with an extraordinary decorative programme inspired by printed emblems.