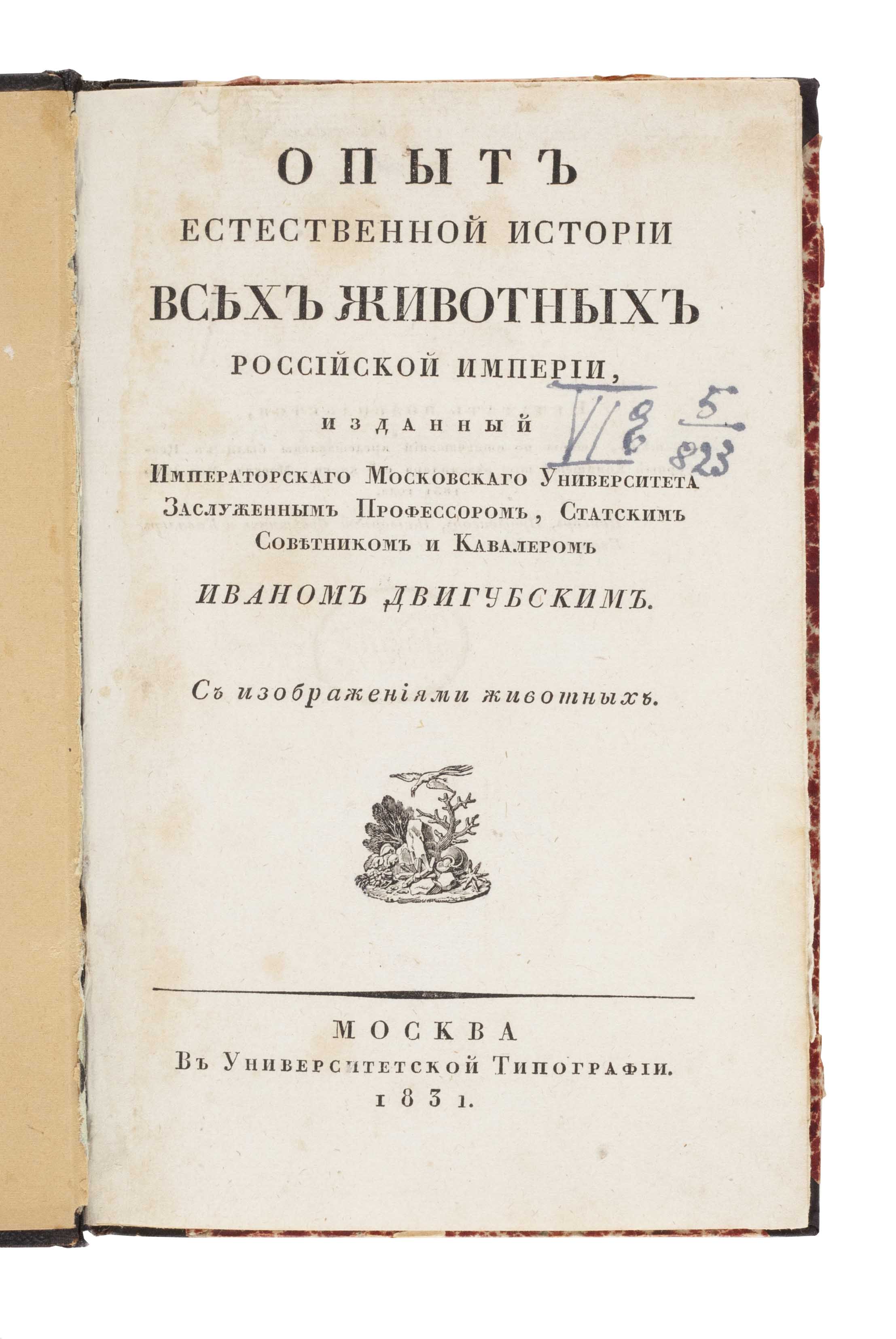 8vo, pp. 72, [10], with a terminal errata leaf and twelve leaves of engraved illustrations (an octopus, slugs, snails and shellfish); the two index leaves, giving Russian and Latin names, are bound in error before the final text leaf; title and following leaf repaired at inner margin, old repair to tear to foot of Б8, without loss, some minor spotting to text, outer edge of one or two plates shaved just touching captions; a good copy, lacking endleaves, in early quarter cloth and marbled boards, rebacked; old shelf mark to title, stamped monogram to verso of title.

First edition, rare, one of a series of six works on the flora and fauna of the Russian Empire, published 1829-1833 under the same general title. The present volume covers molluscs, including cephalopods and gastropods.

Dvigubsky (1771-1839) was Professor of Physics at the Imperial Moscow University, but his scientific interests ranged through biology, chemistry and medicine. He was also the University rector for 7 years. His surveys of Russia’s flora and fauna were among the first attempts at a coordinated catalogue of the country’s wildlife.

OCLC shows copies at Minneapolis Public Library and Illinois; not in COPAC or KVK. There is also a set of the complete series at the National Library of Russia.

The Travels and Adventures of William Bingfield, Esq; containing, as surprizing a Fluctuation of Circumstances, both by Sea and Land, as ever befel one Man ... with an accurate Account of the Shape, Nature, and Properties of that most furious, and amazing Animal, the Dog-Bird. Printed from his own Manuscript ... Vol. I [-II].

First edition of one of the most entertaining imaginary voyages of the eighteenth century.