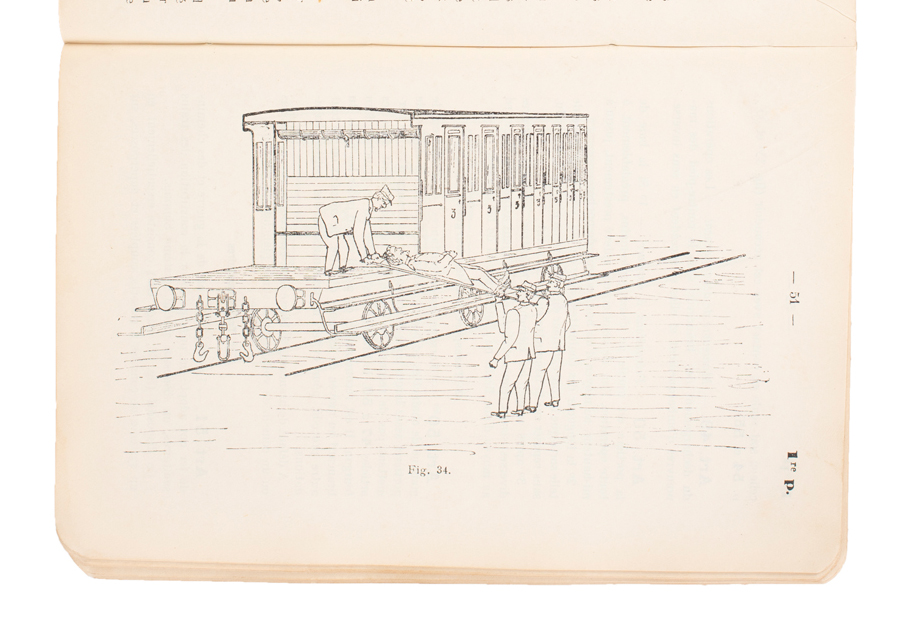 Designed for every type of railway worker, and also published in Flemish (similarly rare), the comprehensively illustrated work gives an introduction to human anatomy before giving instruction in the treatment and transport of injured parties, the uses of dressings and compresses, general first aid, and the use of first aid and medical equipment supplied by the railway company.  In case these fail, there are also procedures to follow in case of a death on the railway.  A final part describes the training courses offered; the work concludes with tables showing where first aid kits are located throughout the railway network (rather fewer than one might hope).

Not in OCLC or KVK.