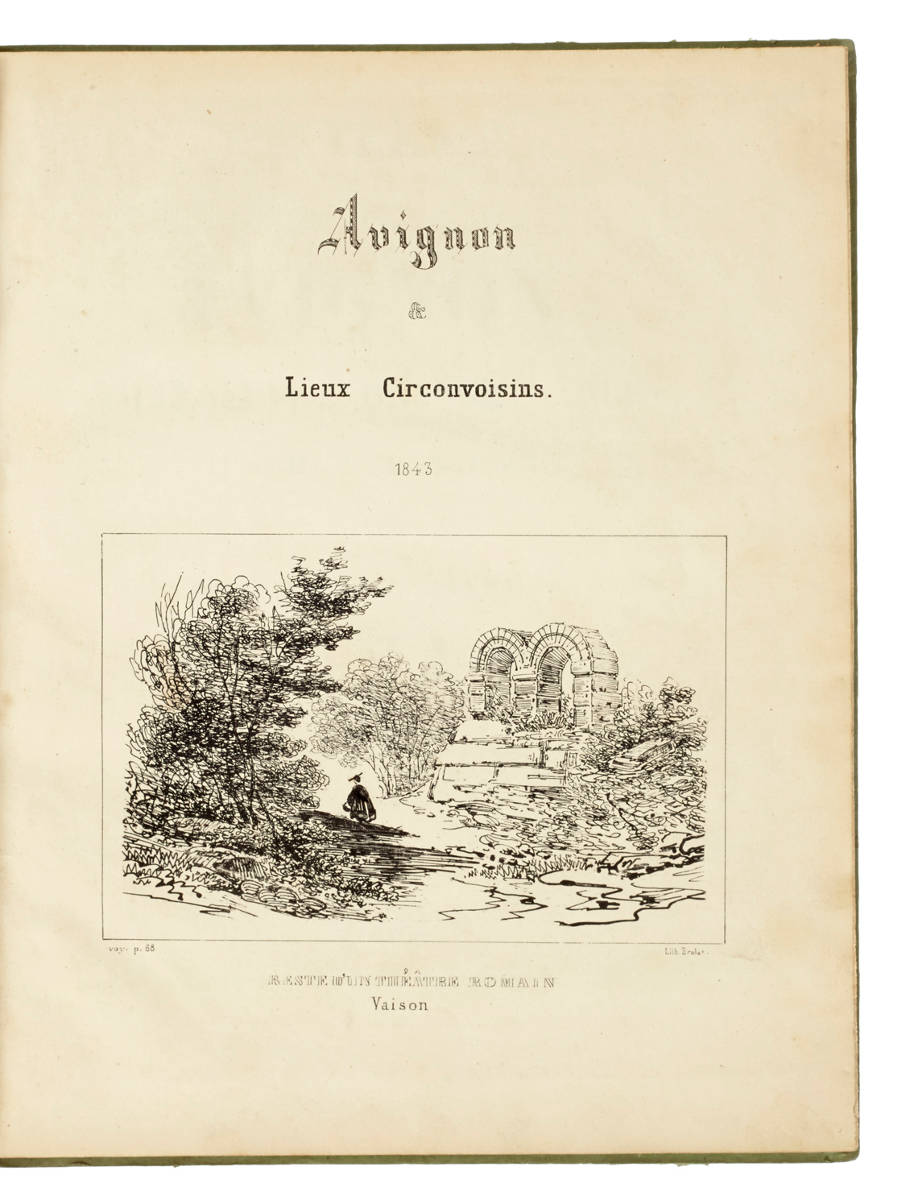 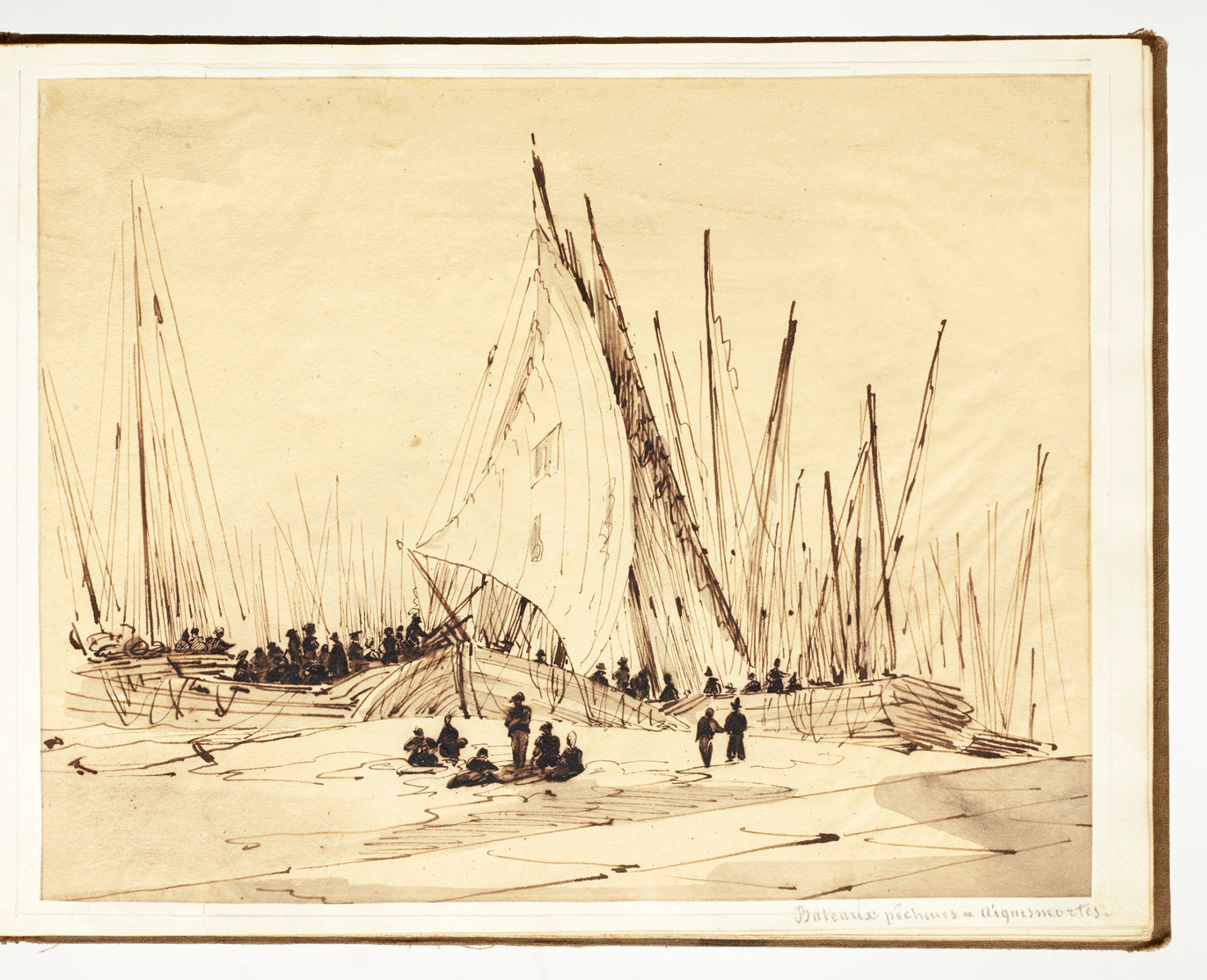 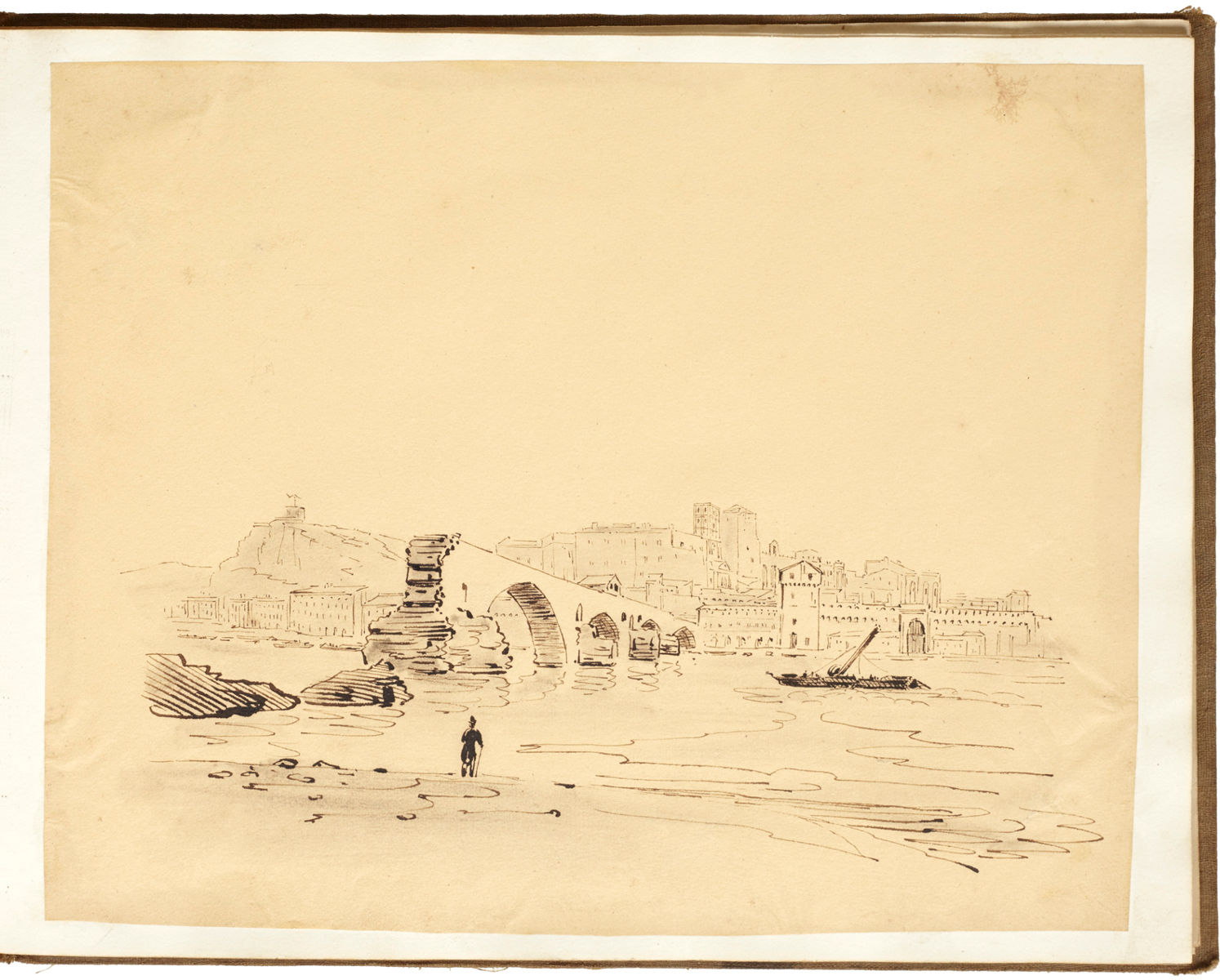 4to., pp. 87, [1], with a half-title, an additional lithographic title (‘Avignon et lieux circonvoisins. 1843’), a map, and ten lithographic plates; a little spotting to text leaves, but a very good copy in the original pale green boards, large printed cover labels; along with an oblong album of 32 original pen drawings, on thin coloured paper, mounted, rectos only; original buckram.

The attractive lithographic plates comprise lively architectural sketches of the famous Pont St. Benezet in Avignon, the ramparts, the papal palace, the Roman amphitheatre, and scenes of local life. Of the 32 pen-and-ink drawings in the accompanying album, three are represented among the finished plates – the remainder include scenes of Villeneuve, Nîmes, Aiguemortes, fishing boats and local women going about their work

Louis Frossard (1798-1873) was a Protestant clergyman from a Vaudois (Waldensian) family. His brother Émilien, another clergyman, was also a talented amateur artist, and published a volume of lithographs, 25 vues prises dans les Pyrenées françaises (1829). Shortly after the present work, in 1847, Frossard emigrated to the Caribbean, where he was a pastor on Saint-Martin and then Guadeloupe.

OCLC shows copies at V&A (2), Dresden, and Bibliothèque nationale; to which we can add Avignon and Marseille. 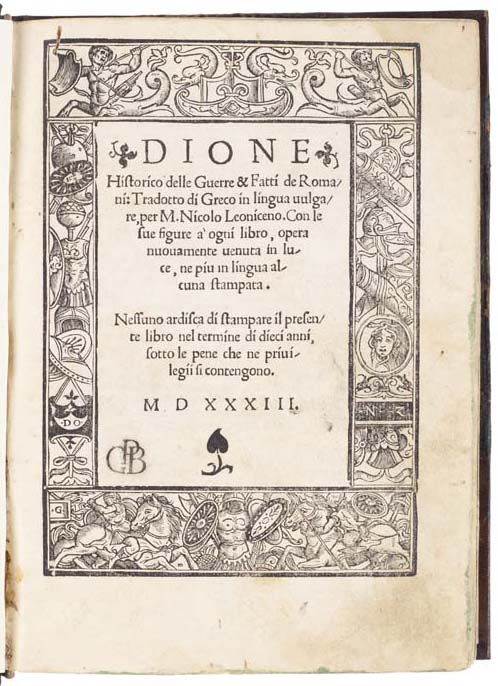 First edition of Dio’s Roman History in any language, translated into Italian from the original Greek by Niccolò Leoniceno and preceding the Greek editio princeps, printed by Robert Estienne in 1548, by some fifteen years.