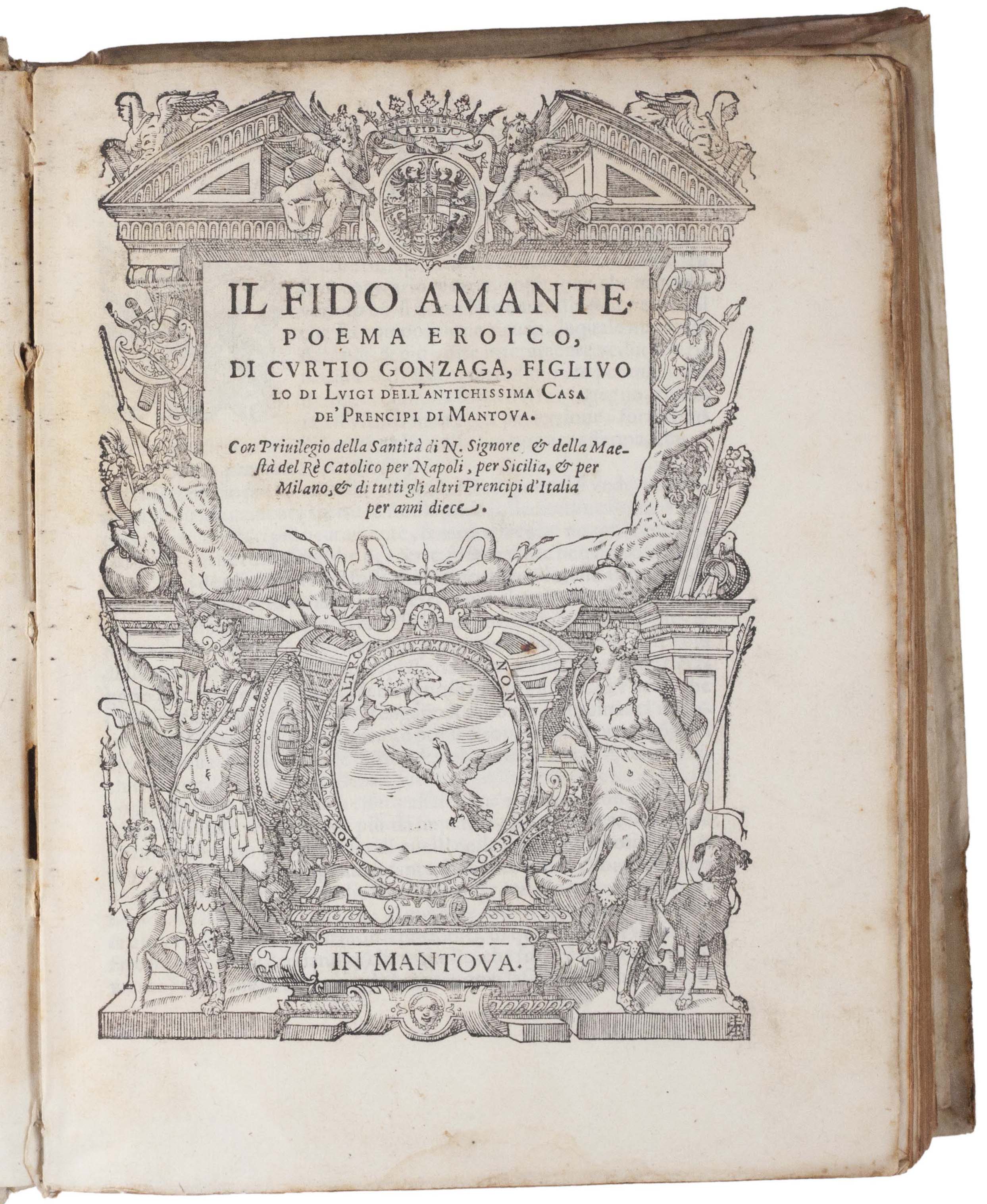 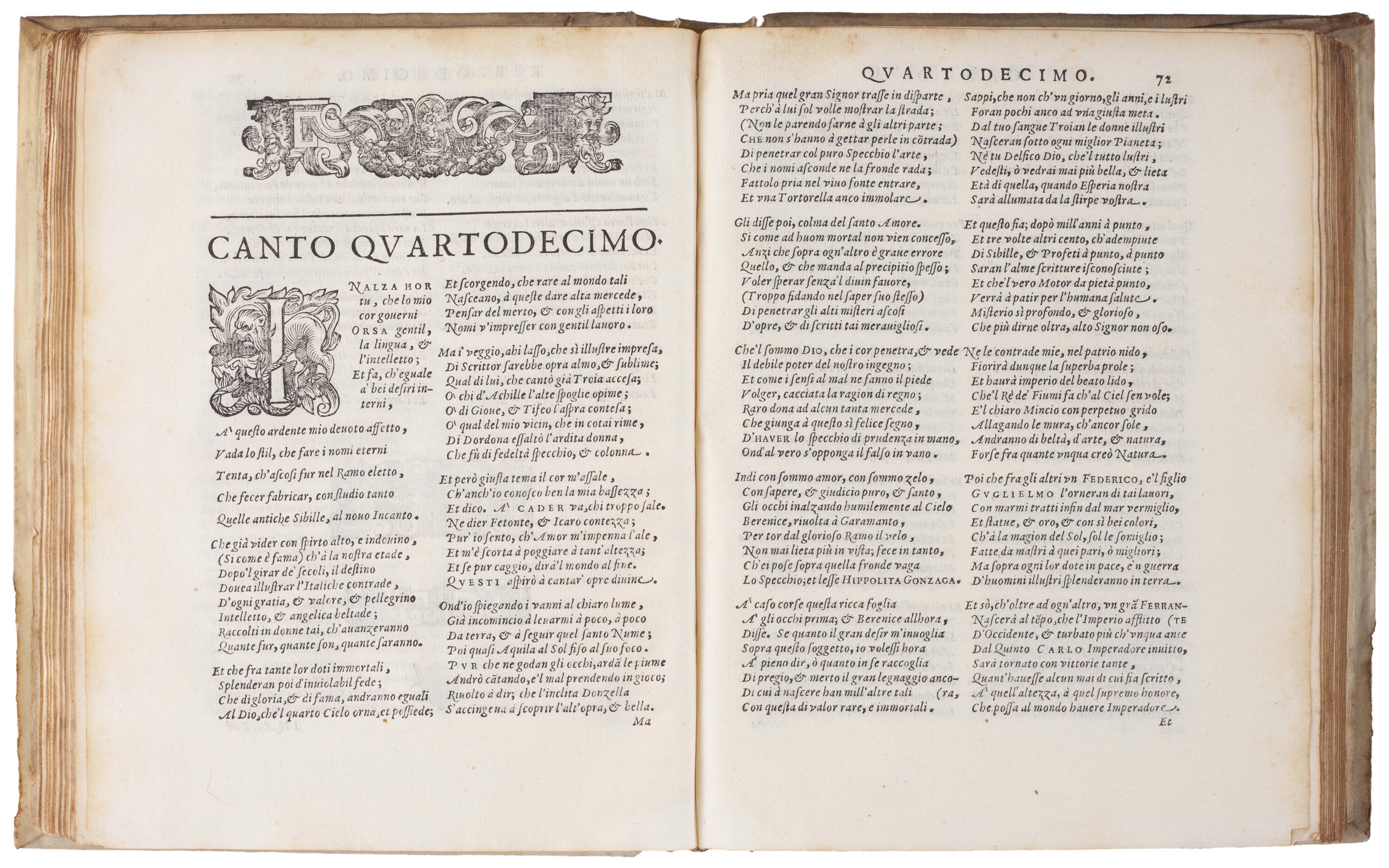 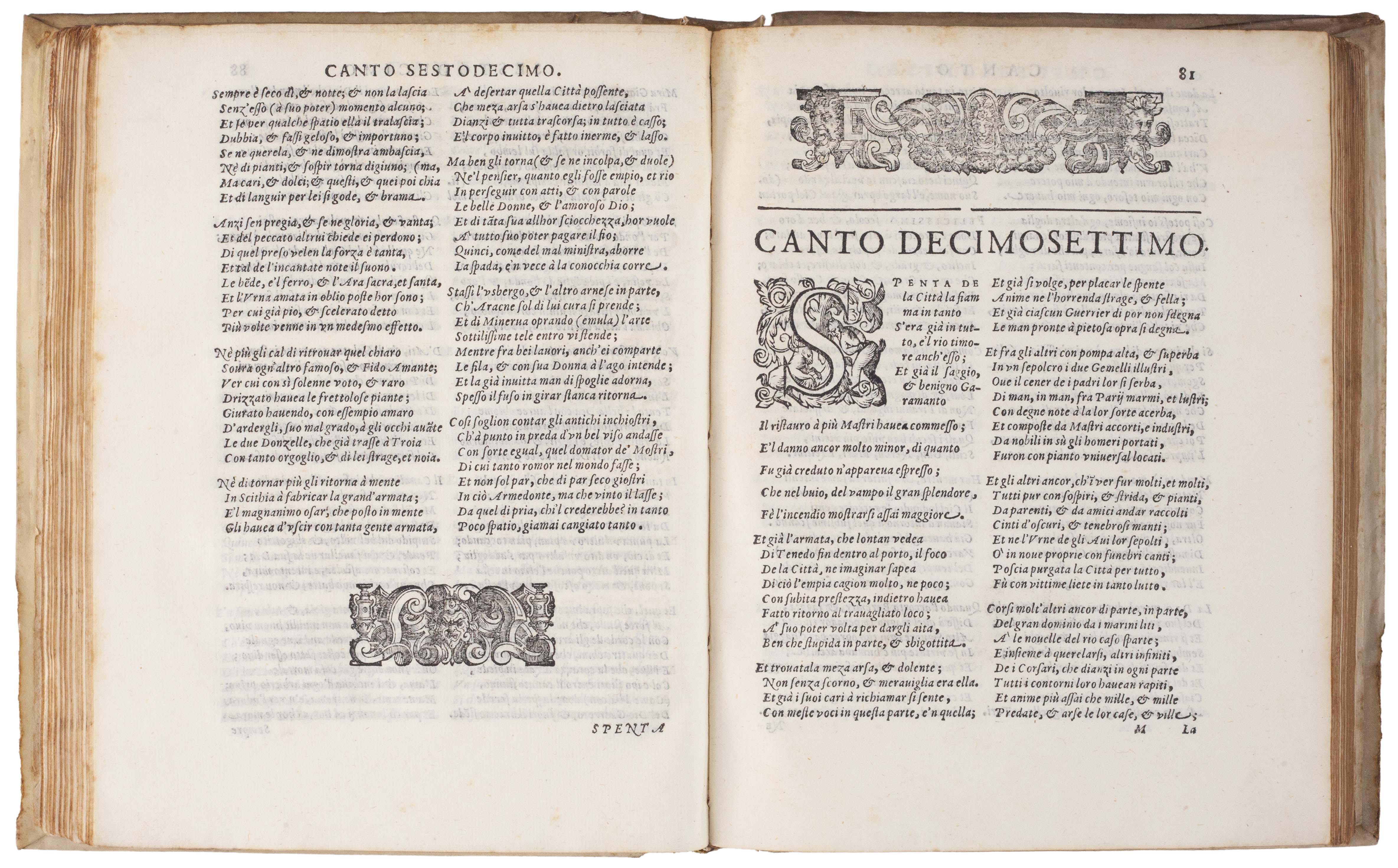 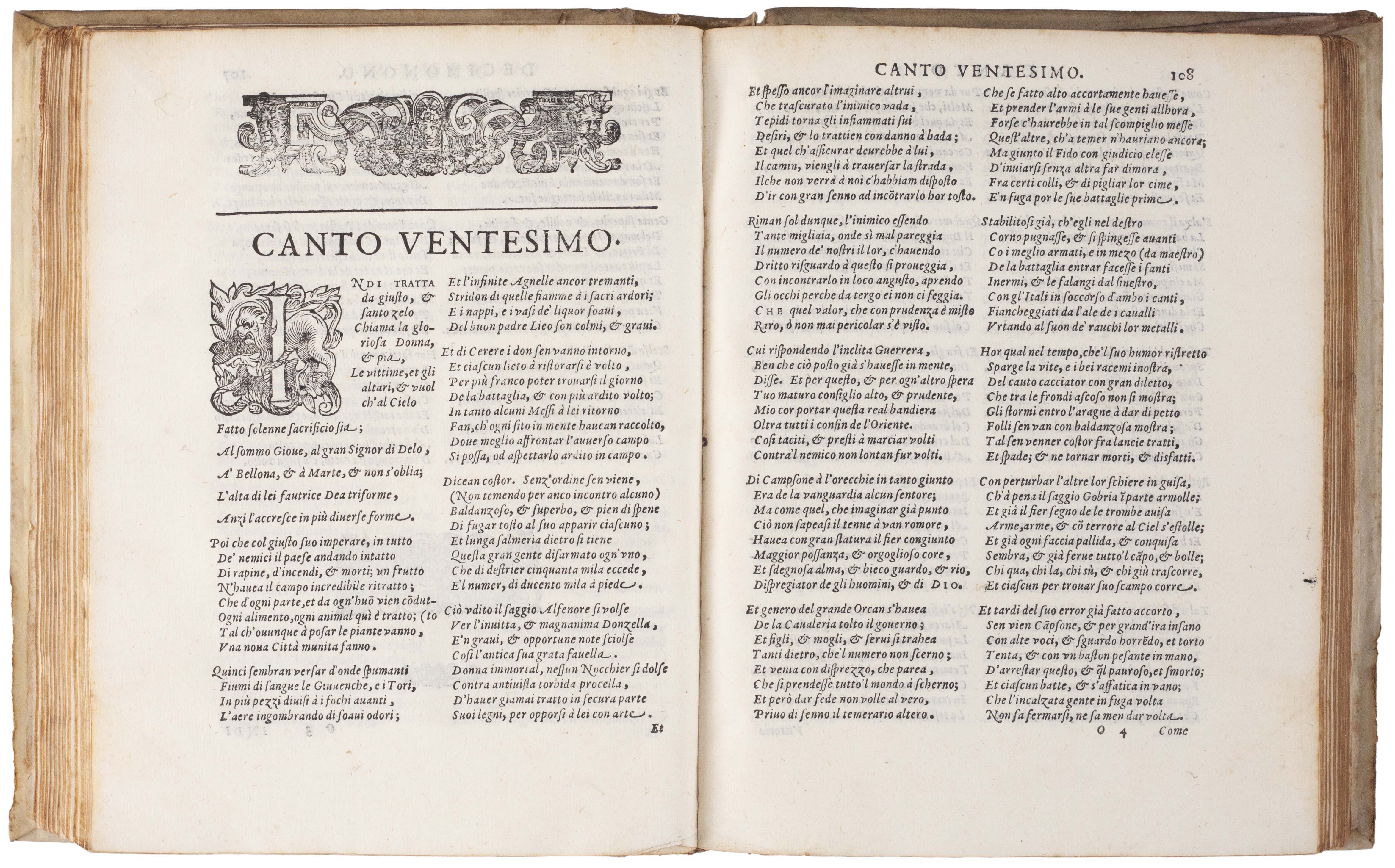 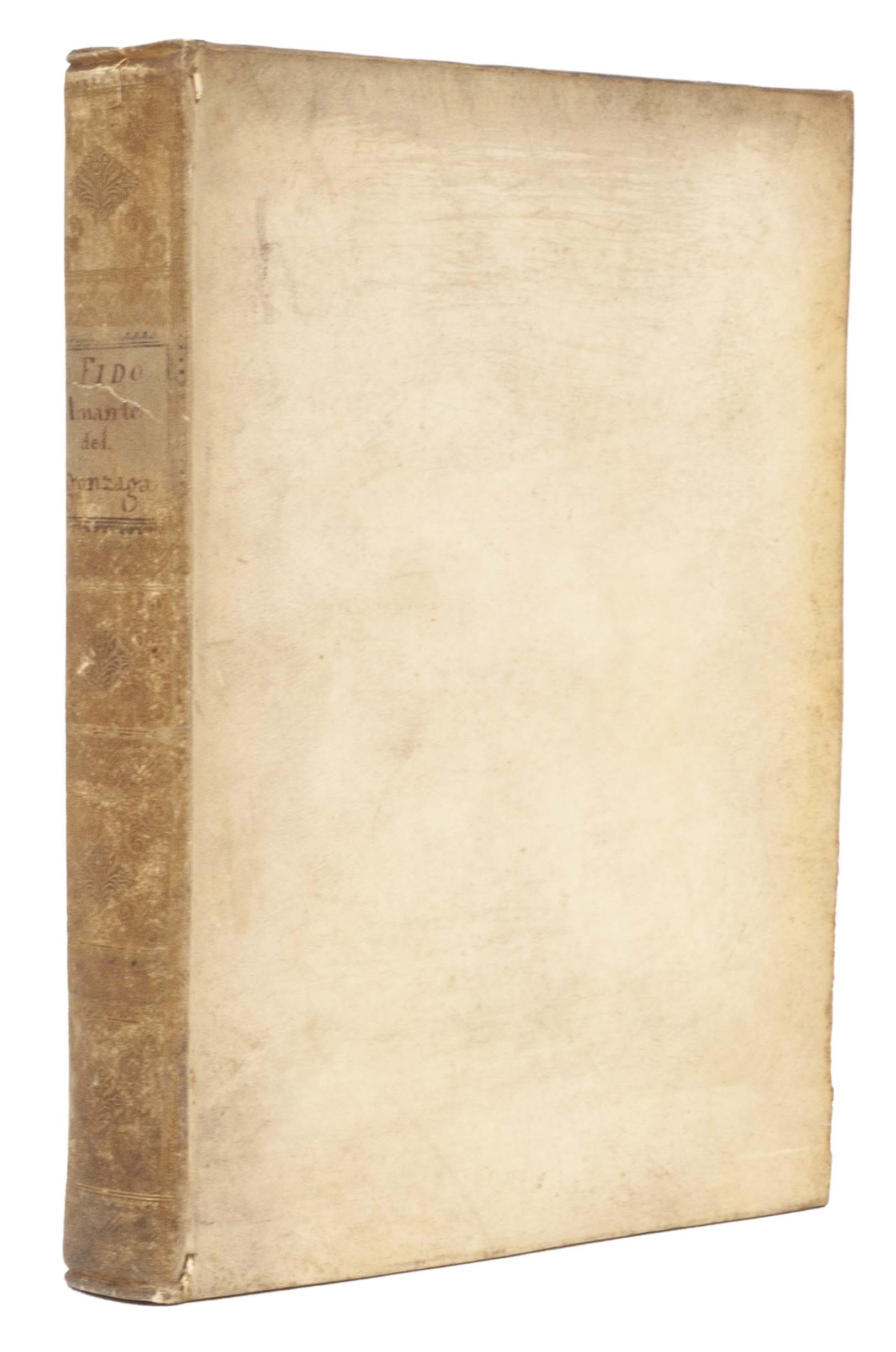 First edition of an Italian Renaissance heroic poem in thirty-six cantos, much appreciated by Tasso and published the year after the first authorized edition of the Gerusalemme liberata.

‘Composed to celebrate the lineage of Gonzaga, [Il fido amante] sings the deeds and trials of brave knight Gonzago, in his attempts to deserve the favour of his beloved Ippolita-Vittoria. [In a tradition championed not long before by Ariosto,] the quest is entwined with supernatural events, wizards, and evil powers’ (DBI, trans.).

A handsome manuscript compendium of a selection of the witty Novelle galanti of the Italian poet and satirist Casti, apparently compiled at Vienna two years before the first partial edition was printed at Rome in 1790. An interesting witness to the Novelle’s circulation in manuscript prior to publication, which would repay careful textual analysis.