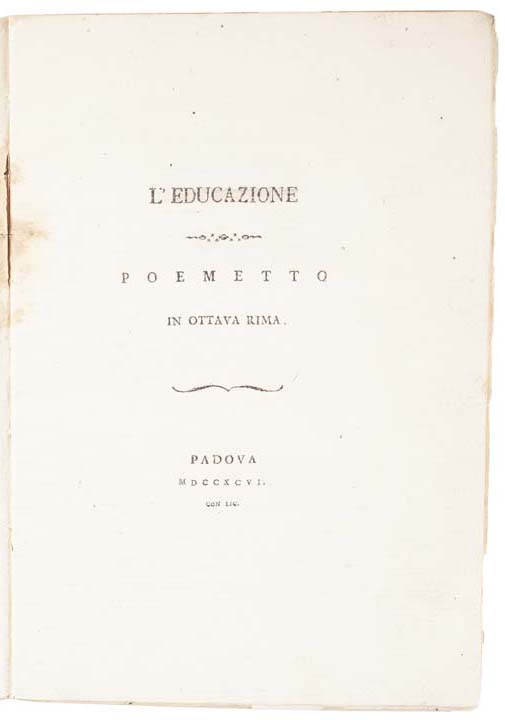 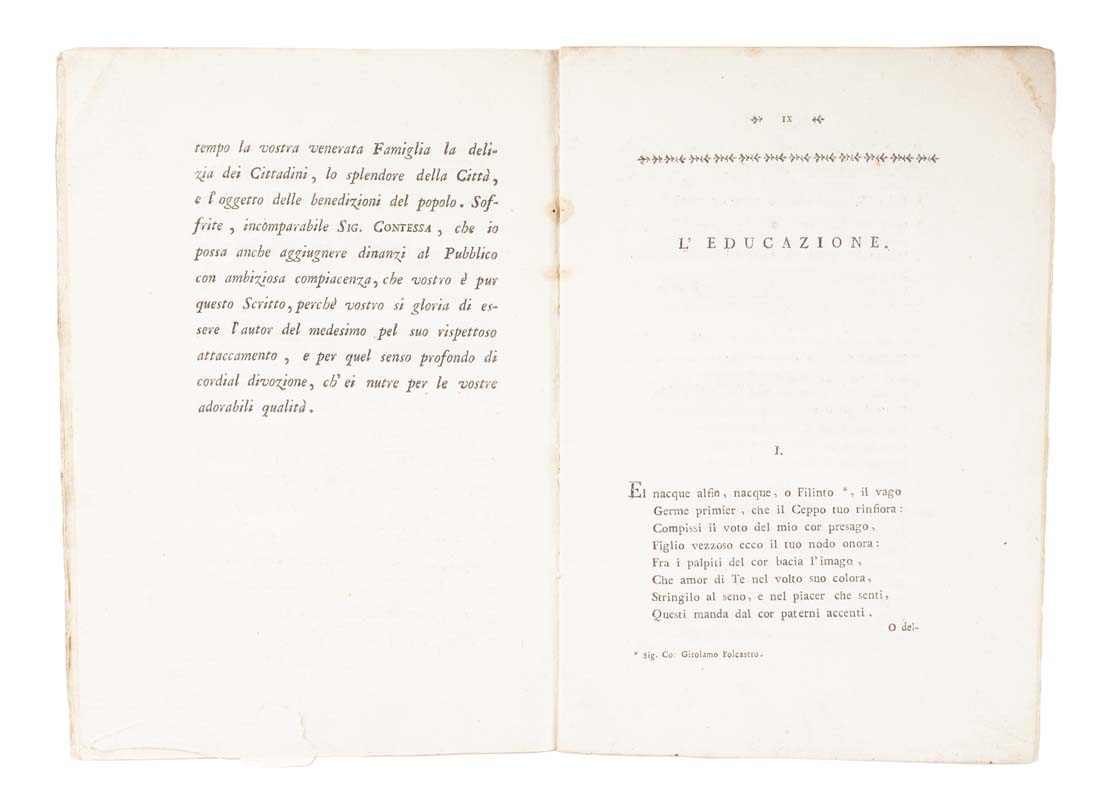 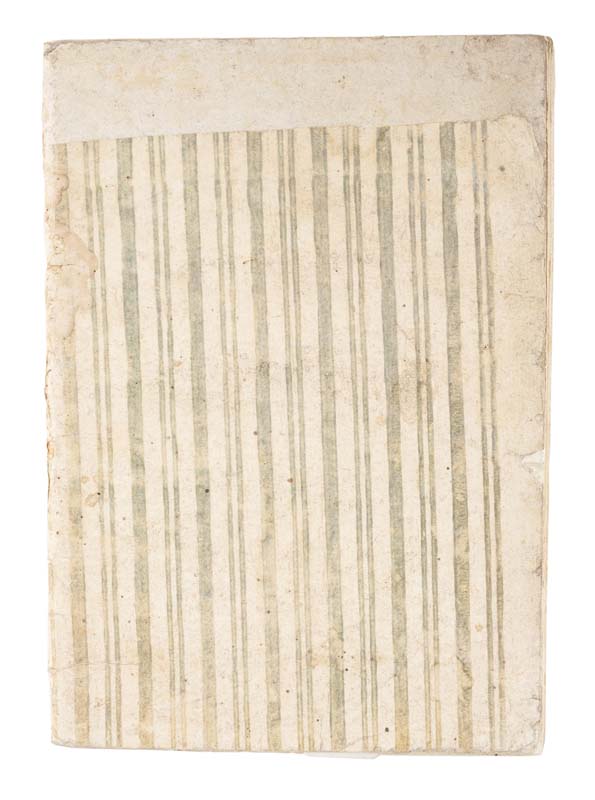 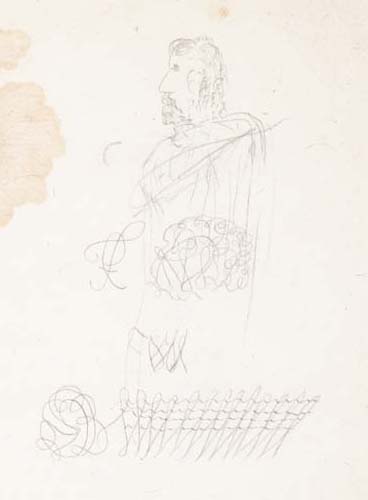 Added to your basket:
L’educazione: Poemetto in ottava rima.

Giuseppe Greatti (1758–1812), a native of Friuli, had a varied career as priest, teacher, poet, government official, and librarian, and as the author of works on subjects ranging from public intellectuals to the use of fords.  The present poem was not his only writing on education: his Saggio di un Programma di studi, written in 1796 and posthumously published in 1879; the editor claimed that Greatti ‘had the merit of understanding and applying a natural method which is repeated in the present reawakening of pedagogy necessary in giving new life and true efficiency to our schools’ (trans.).  L’educazione, written on the occasion of the wedding of Arpalice’s daughter Laura, echoes over sixty-nine stanzas some of the themes of his essay, in emphasising the ways in which education can prepare people for life and the necessity of providing wise guidance, citing Cicero, Thomas Moore, and Isaac Newton.

ICCU records copies in five Italian libraries; no copies recorded by OCLC or Library Hub.  This poem is not to be confused with an 1830 Lugano-printed work of the same name.