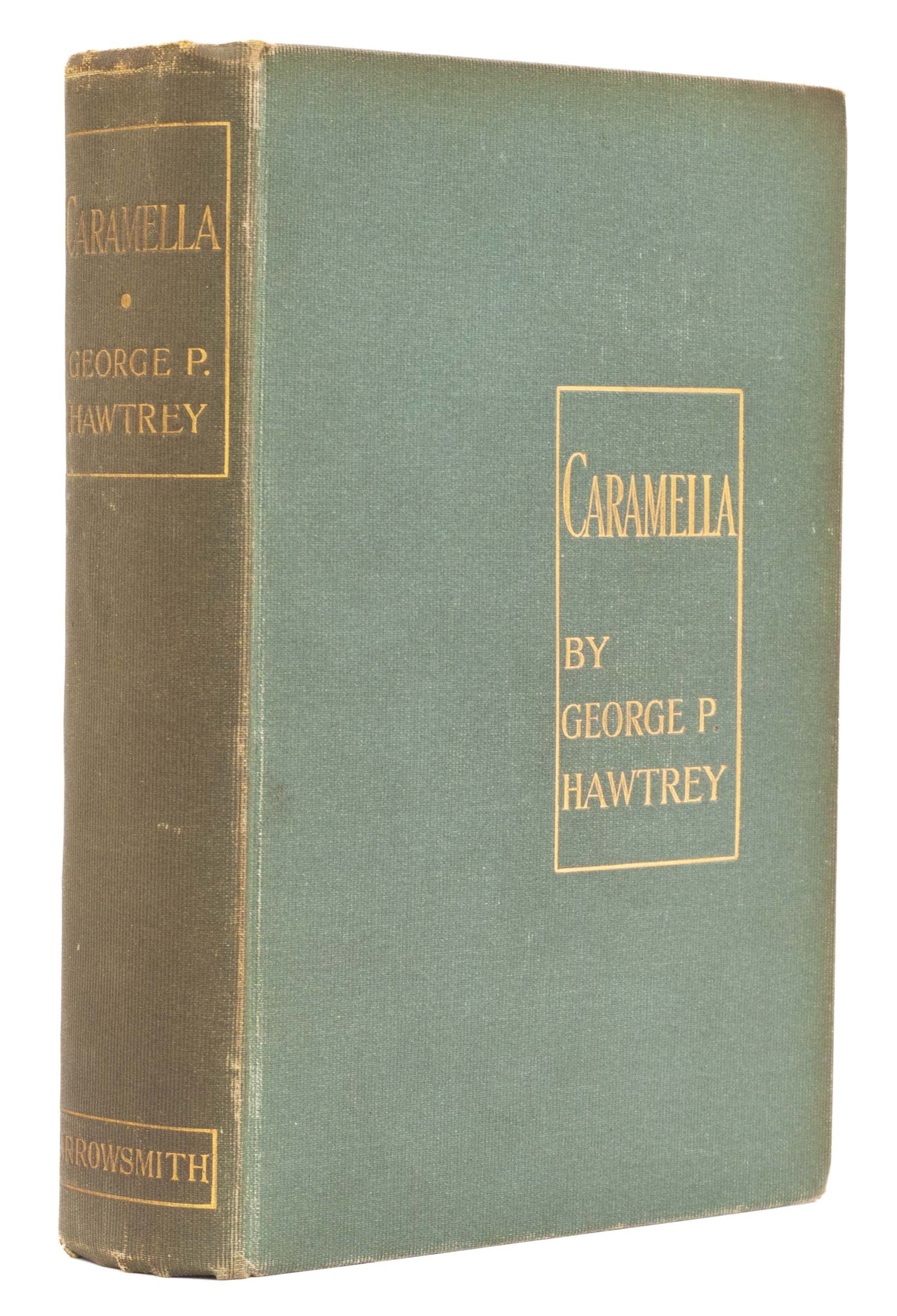 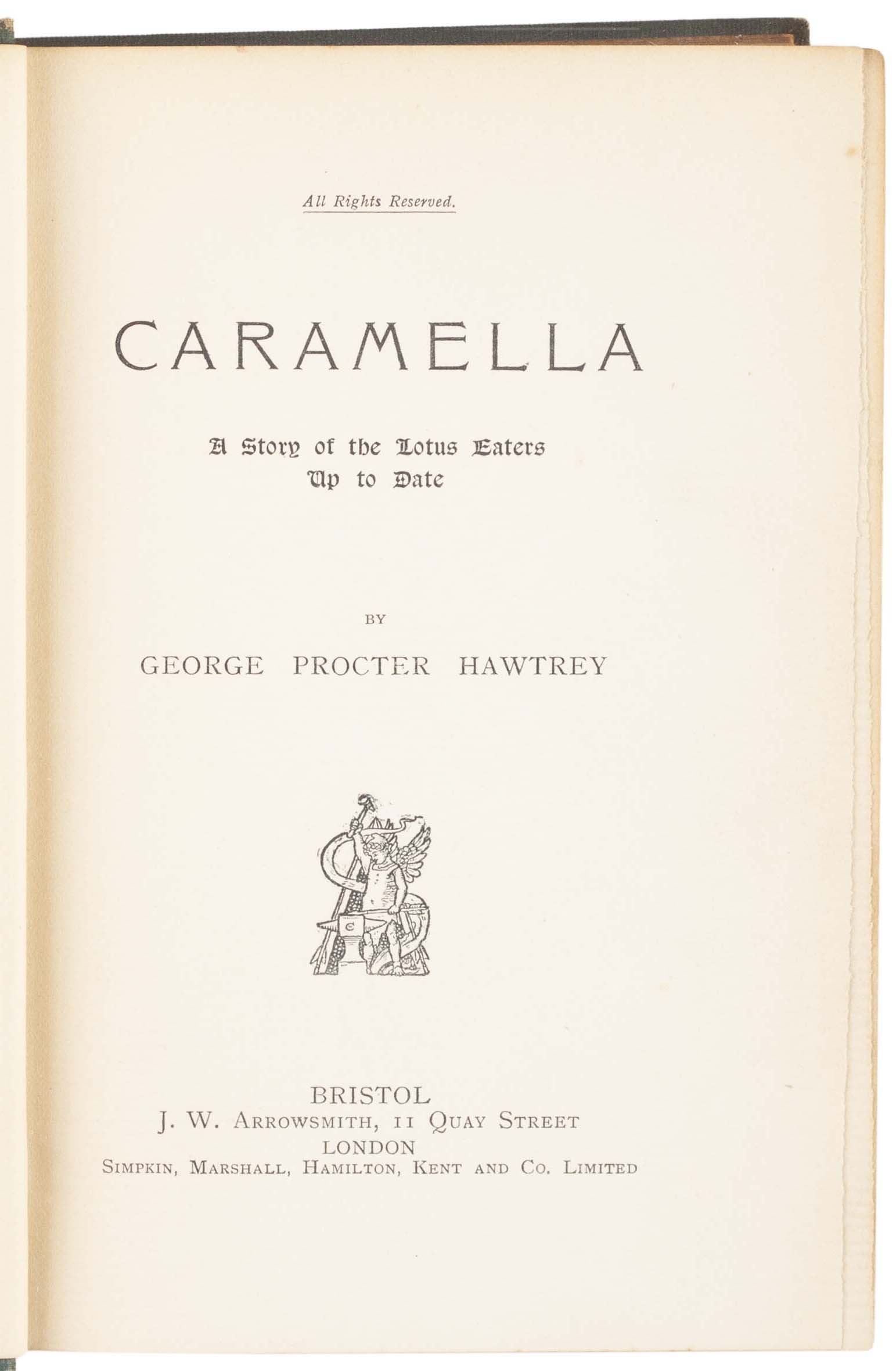 Added to your basket:
Caramella. A story of the lotus eaters up to date.

First edition of this utopian novel exploring the bliss of Caramella. Caramella is a land visited by Odysseus who sent crew members ashore, where they consumed the lotus fruit and became addicted, ‘forgetting all thoughts of return’ (Odyssey IX). In Hawtrey’s novel, this fruit makes Caramella an island of utopian bliss, in which little work is required: ‘the fruit-gatherers struck for a three hours’ day, and of course claimed an hour for dinner in the middle’. This utopian world is used as a contrast to European society. Caramella thrives under a system of paper money separated from gold reserves – this removes the need for national debt or taxation as money is simply printed as required. Inflation is apparently unknown. Additionally, Hawtrey uses the island to attack militarism. The Caramese disdain soldiers, who are not received in polite society, as ‘the very idea of strife was utterly repugnant to the national character’.

The army provides the antagonist and is opposed by Jack Fanshawe, an able but indolent young man who journeys to Caramella after being cast out by his family. Jack is viewed as a workaholic in the blissful ease of Caramella, and rapidly rises to become the President’s secretary. He discovers plans for a coup, and foils them, securing the island and annexing it to the British Empire. The writing style is continually funny and colloquial: when Jack queries that ‘the Caramese army is divided into two portions,—the real and the imaginary’, he is told ‘Efficient and non-efficient are the usual terms’.

OCLC finds three copies only in the UK and one in the US; Library Hub (Copac) finds one further copy in Oxford.

THE FALL OF ROMEPRESENTED WHILE PARIS FALLS MILBANK, Augustus Sussex.

A Treatise upon the political & social Condition of Europe, from the Fall of the Roman Empire, down to the Beginning of the sixteenth Century.

First and only edition of a rare Yorkshire-printed treatise of social history by an amateur historian and educational enthusiast, inscribed by the author to the Countess of Sandwich.