Added to your basket:
Unpolitische Lieder.

Perhaps Hoffmann’s best known poem is Lied der Deutschen (sometimes referred to by its opening line, ‘Deutschland, Deutschland über alles’), the final verse of which still serves as Germany’s national anthem, with its tune taken from Haydn’s Kaiserquartett. Written at the same time as the present work, it was first printed separately, with the music, in 1841, and was then included in Hoffmann’s Deutsche Lieder aus der Schweiz (Zurich & Winterthur, 1842).

A SAMMELBAND ON PEACEINCLUDING RARE PAMPHLET ON WILLIAM PENN AND WILBERFORCEAND A RARE UTOPIA BY A HAREL, Charles.

1. First edition of this work by the entrepreneur and inventor Charles Harel (1771-1852), a friend and disciple of Charles Fourier’s. This plan describes Harel’s project for the founding of a community of 200 celibates: a utopia of communal life detailing rules (‘love’, ‘the library’etc.) and practical advice (the influence of specific foods, magnetism, exercise). It is accompanied by a facsimile of an autograph letter from Charles Fourier to Harel. 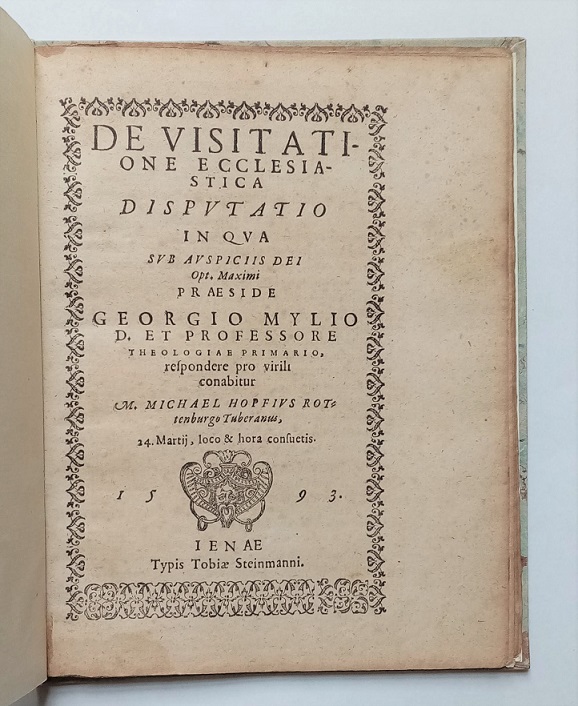 First edition, rare, of an early work on the nature, scope, limits and jurisdiction of canonical visitations, the visitationes ecclesiasticae, a key element in the outline of jurisdiction, responsibility and control established by the Catholic Reformation in the last decades of the sixteenth century.