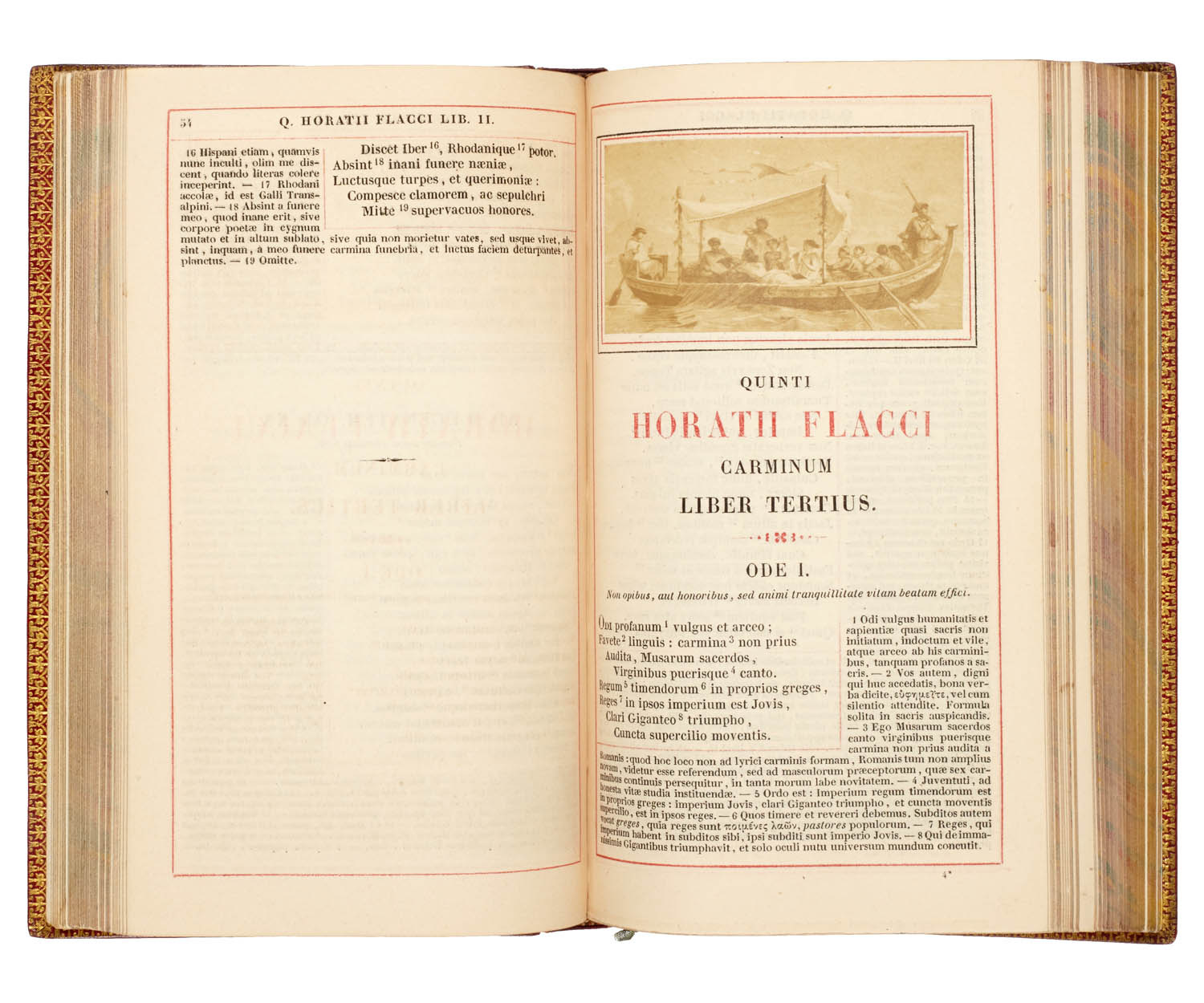 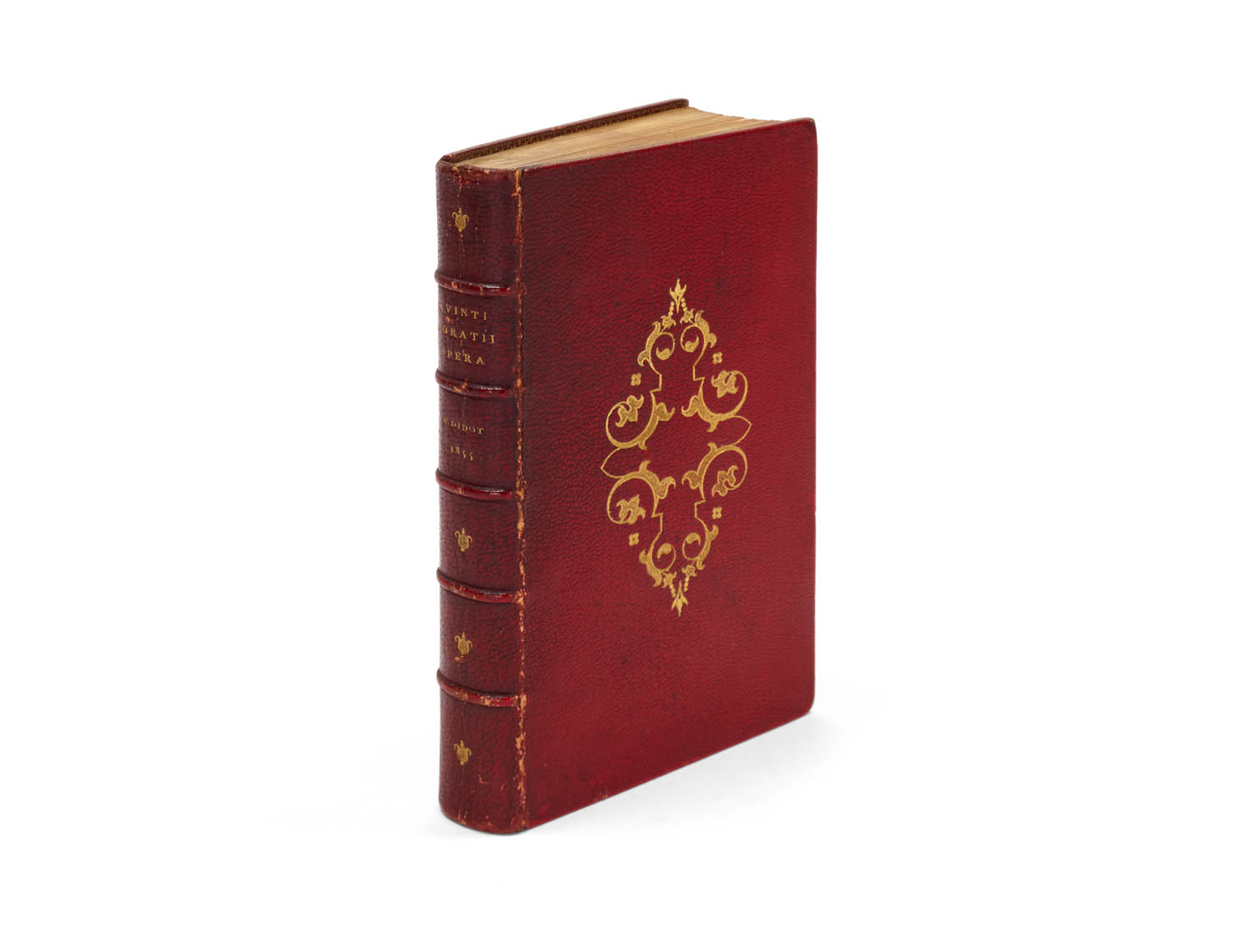 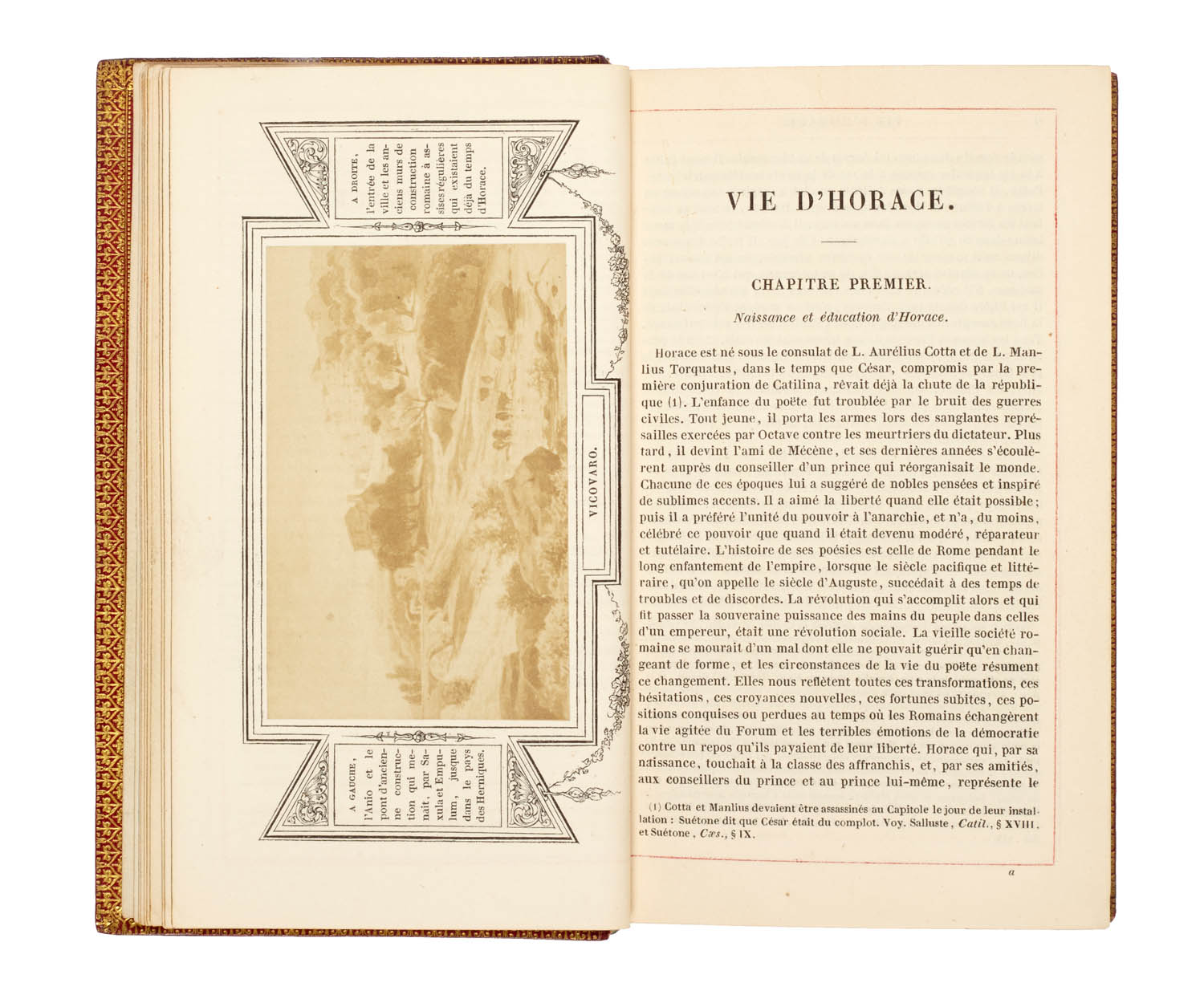 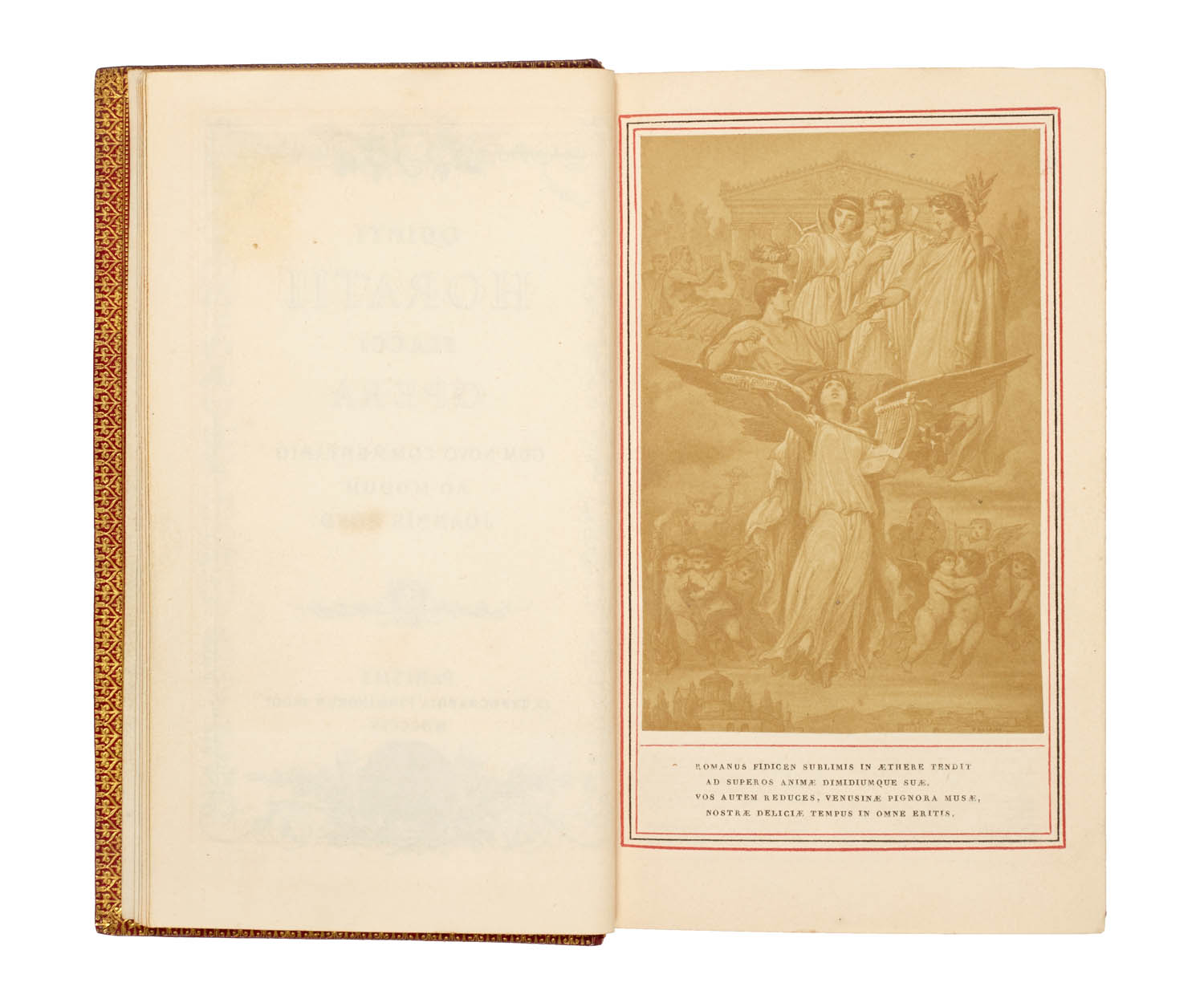 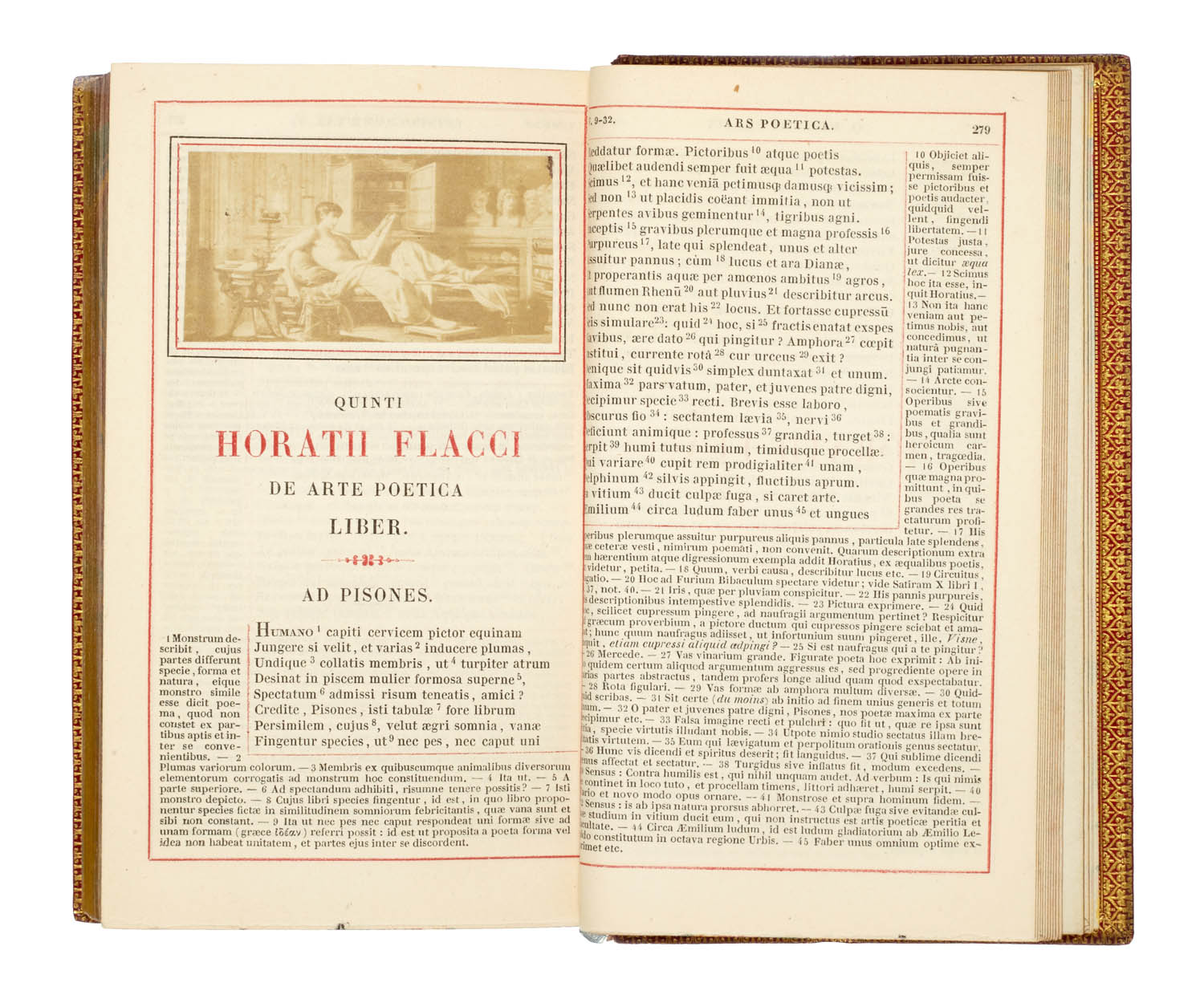 The deluxe issue of Didot’s Horace, a fine early photographically-illustrated work, complete with all the photographic plates, headpieces and maps, and printed on fine paper.

This copy is inscribed by Henry Yates Thompson, the collector of illuminated manuscripts, to James Welldon (1854–1937). The inscription was most probably penned in 1898, when Welldon, who was fond of the Classics and had translated Aristotle, left the headmastership of Harrow for his new post in Calcutta ‘Lord Bishop of Calcutta, in grateful recognition of much kindness & many good offices in connection with the establishment of the Art School at Harrow and with the very best wishes for his new career’. 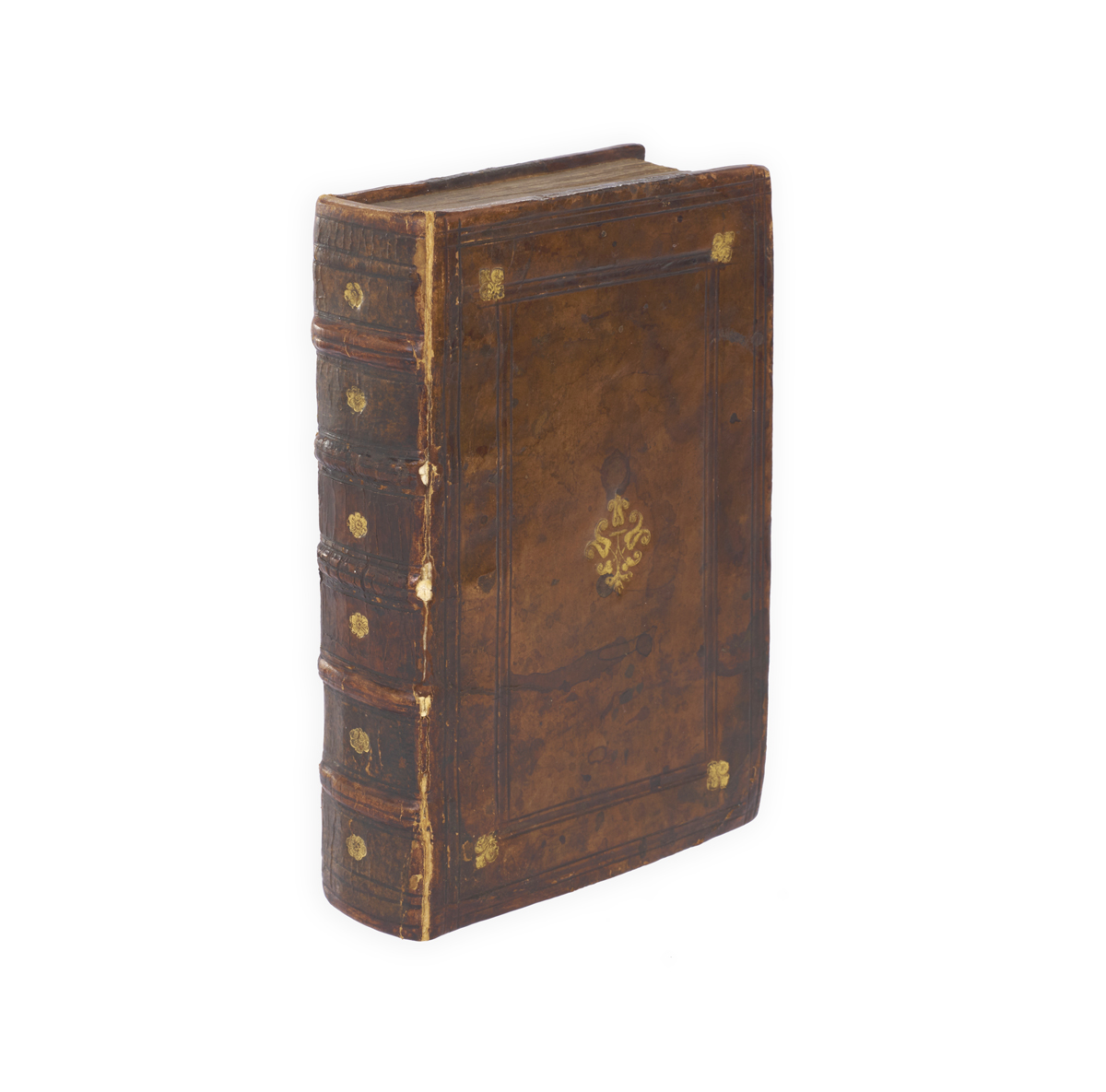 Second editions of Ramus’s extensive commentaries on Virgil’s two poems on country life, written in reaction to the dry doctrines of several French schools who based their teaching of nature on Aristotle’s Physics.  Ramus wanted to keep in contact with the concrete realities of nature and in this spirit composed his commentaries, in which he often refers to Pliny and the Roman agronomers.  The two commentaries were first published by Wechel in 1556 and 1555 respectively; a third edition of the Bucolics was issued in 1564.