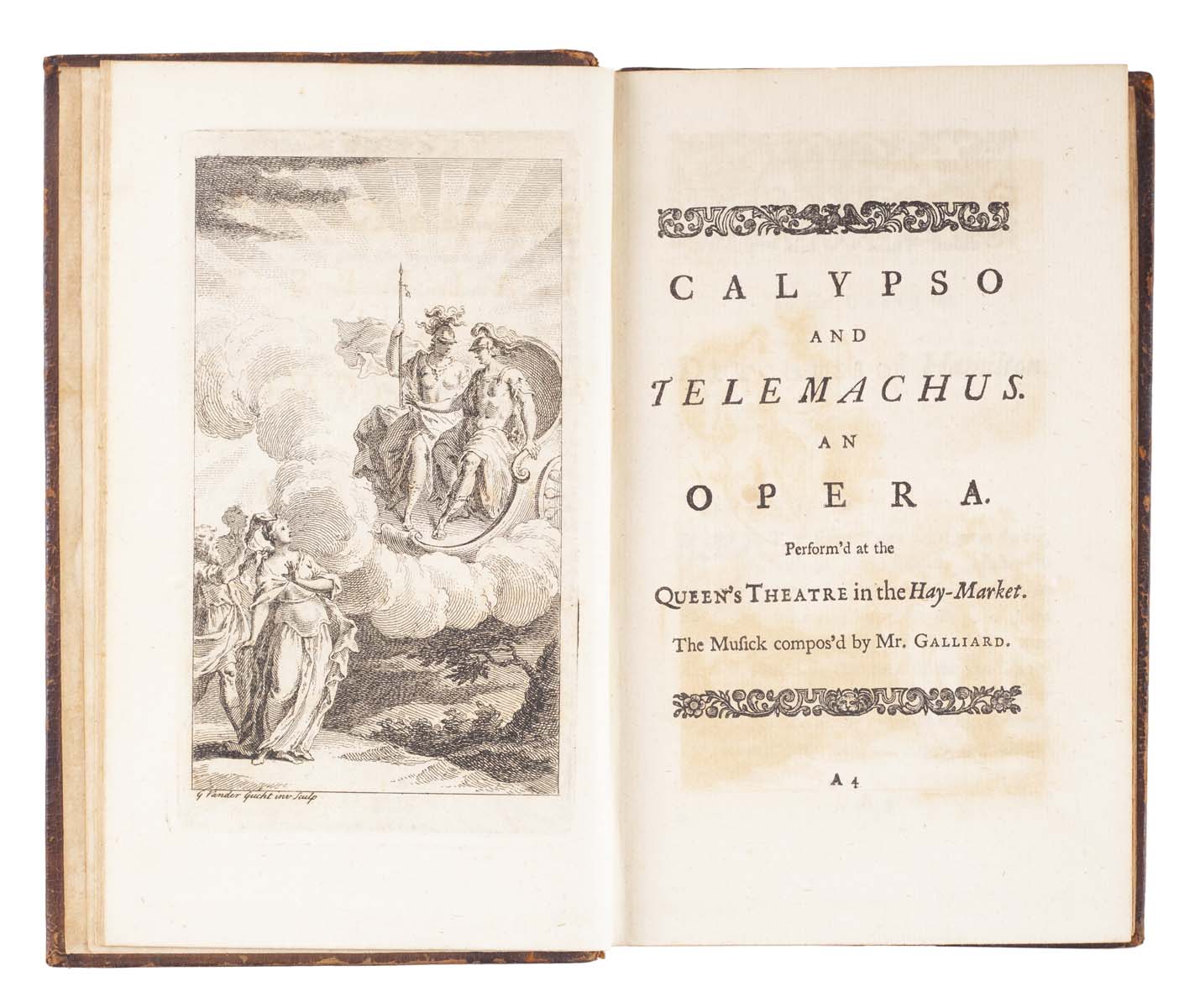 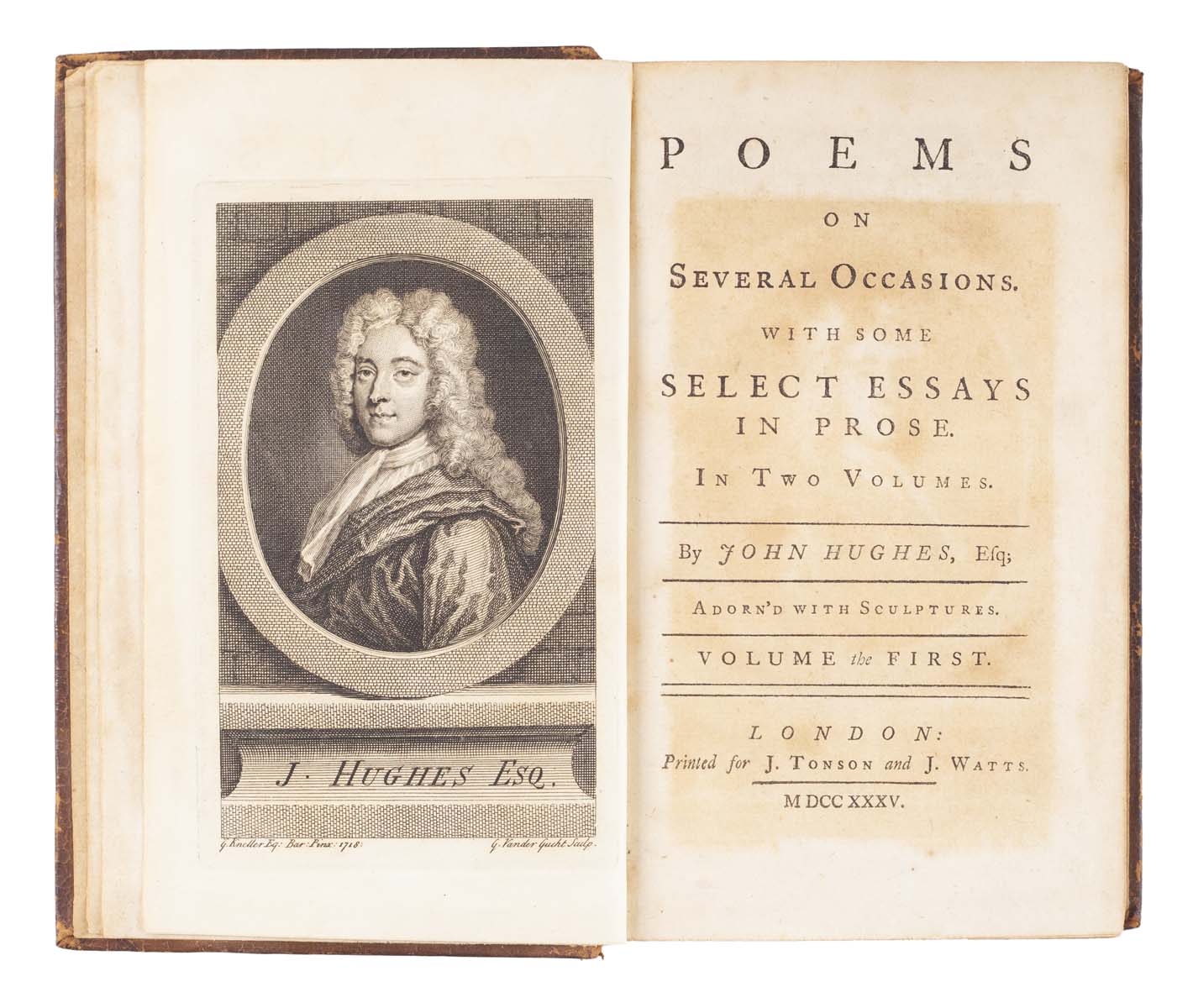 Added to your basket:
Poems on several Occasions. With some select Essays in Prose. In two Volumes …

Most of the poems here are cantatas, songs, and other lyrics, but the collection opens with three occasional poems, previously published, celebrating King William III and the House of Nassau; there are also imitations of Horace, a translation from Molière, ‘Advice to Mr. Pope, on his intended Translation of Homer’s Iliad,’ and ‘To Mr. Addison, on his Tragedy of Cato’ (a play Hughes did much to encourage). The literary essays include ‘On the Affectation of Mirth and Raillery,’ ‘On Fear in Women,’ ‘On Love,’ ‘On Descriptions in Poetry,’ and ‘On Human Life.’

The list of subscribers includes the names of both Pope and Swift, and, unexpectedly, Voltaire. Swift was taken aback to receive a copy, as he explained in a letter to the Earl of Orrery: ‘I have been turning over Squire Hughes’s poems, and his puppy publisher one Duncombe’s preface and life of the author … celebrating a fellow I never once heard of in my life …. Duncombe put in a short note in loose paper to make me a present of the two volumes and desired my pardon for putting forward my name among the subscribers. I was in a rage when I looked and found my name.’ Johnson, in Lives of the Poets, reports that Swift wrote to Pope in a similar vein: ‘A month ago was sent over, by a friend of mine, the works of John Hughes, Esquire. They are in prose and verse. I never heard of the man in my life, yet I find your name as a subscriber. He is too grave a poet for me; and I think among the mediocrists [mediocribus], in prose as well as in verse.’ Pope replied: ‘what he wanted in genius, he made up as an honest man; but he was of the class you think him.’ The anecdote serves as a reminder that famous names in lists of subscribers need to be viewed with some scepticism. Despite the opinions of Pope and Swift, and Johnson as well, this is an interesting collection.

The portrait and plates are engraved by Gerard Vandergucht, the portrait after Vandergucht’s tutor Godfrey Kneller and two of the plates after designs by Joseph Highmore. Copies on ordinary paper do not have the full complement of plates.

Rare first edition of this collection of twenty-one sermons on the seven deadly sins by the fiery Franciscan preacher Antoine Farinier.