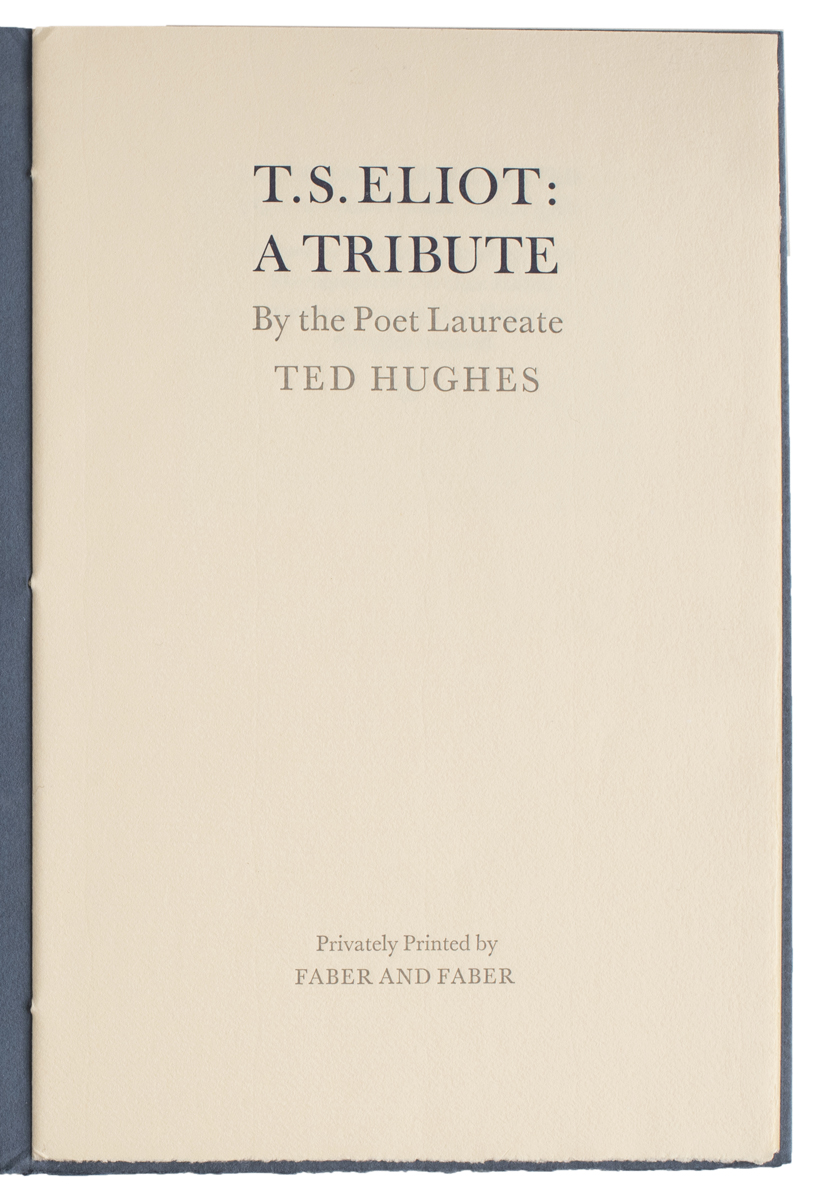 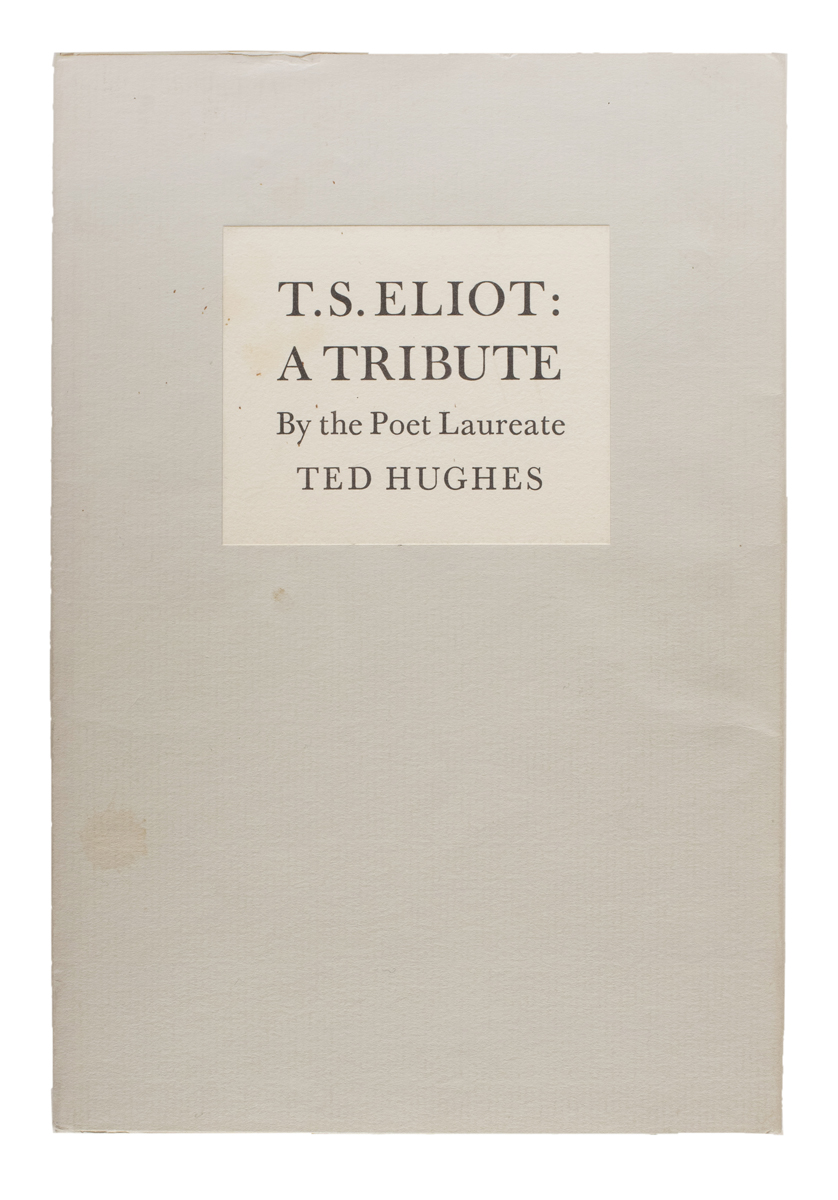 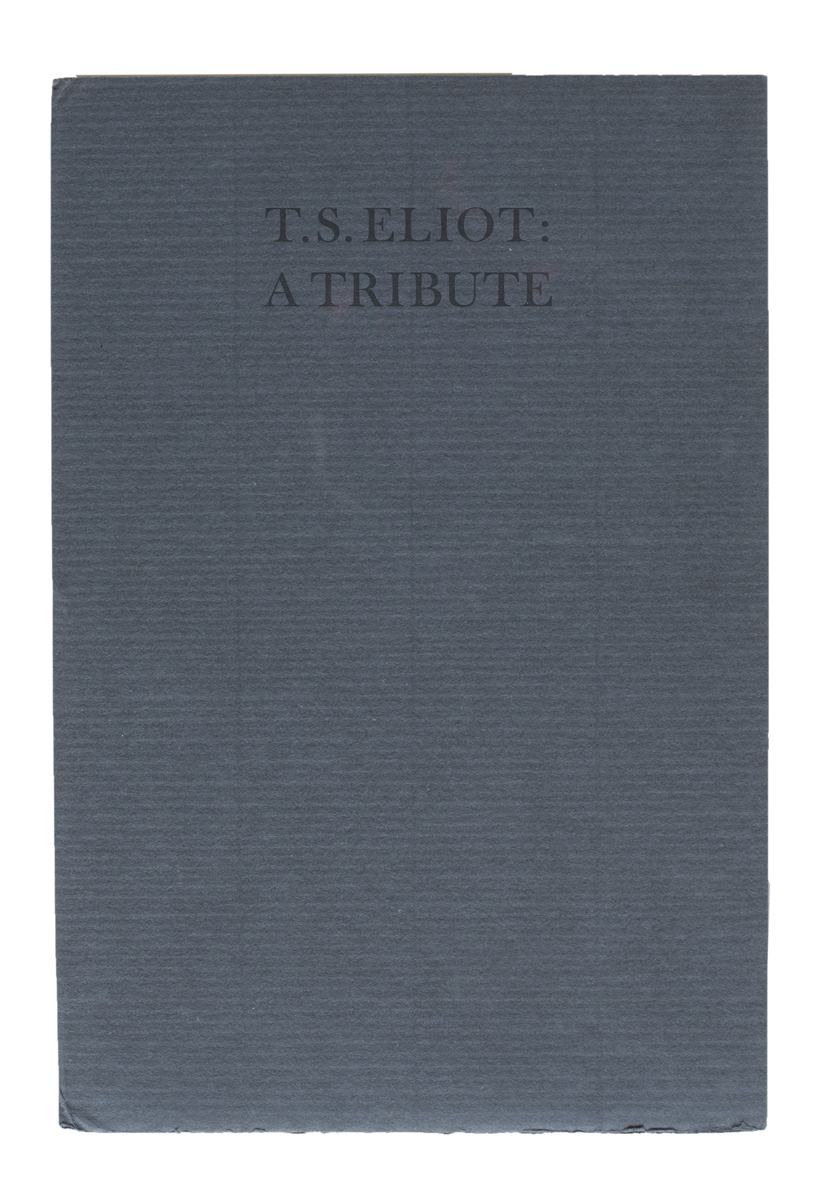 Added to your basket:
T.S. Eliot: A Tribute by the Poet Laureate.

A privately printed tribute to T.S. Eliot, limited to 250 copies signed by Ted Hughes. The text comprises an address given by Hughes on 26 September 1986, at the unveiling of Eliot’s blue plaque at Kensington Court Gardens.