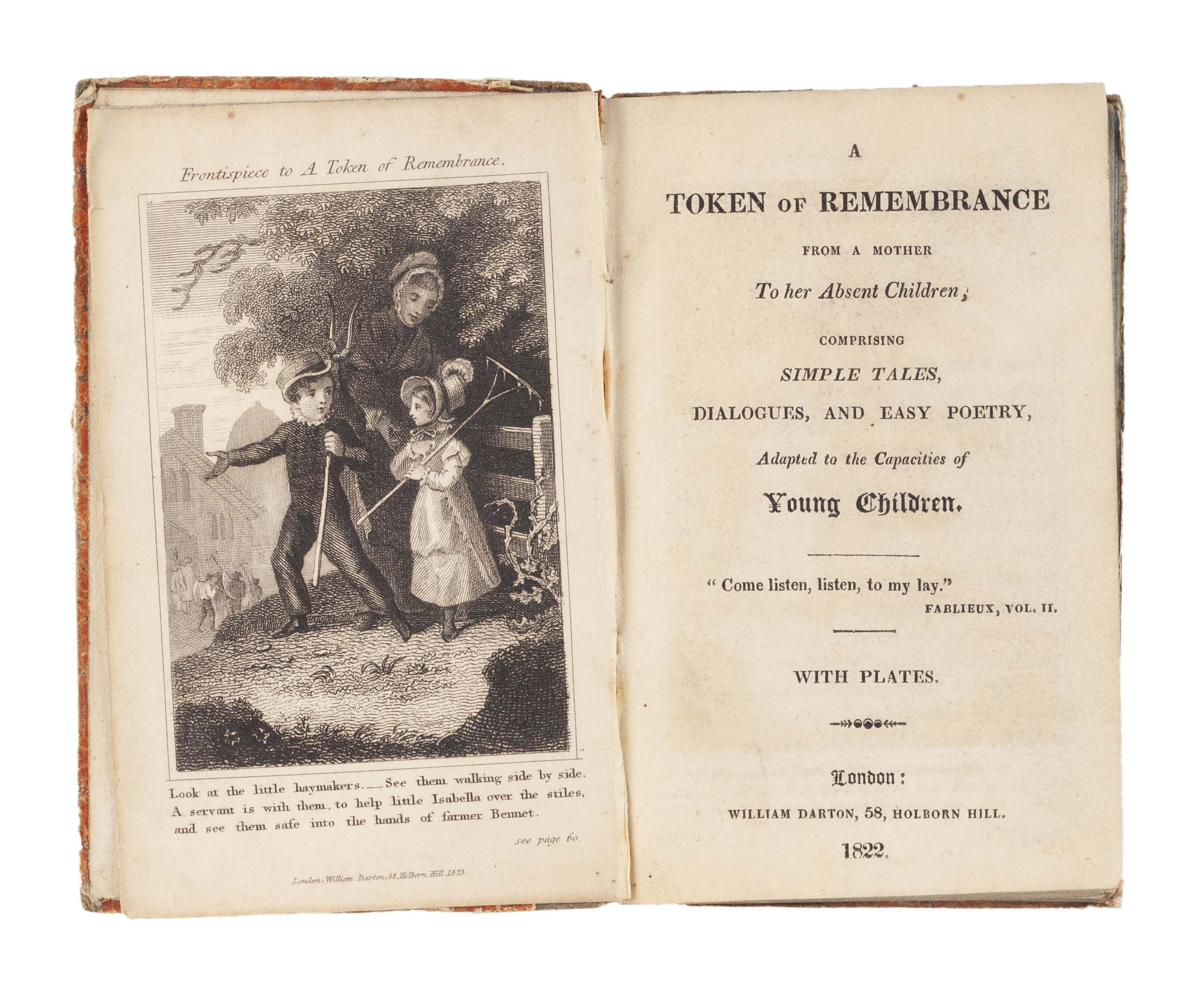 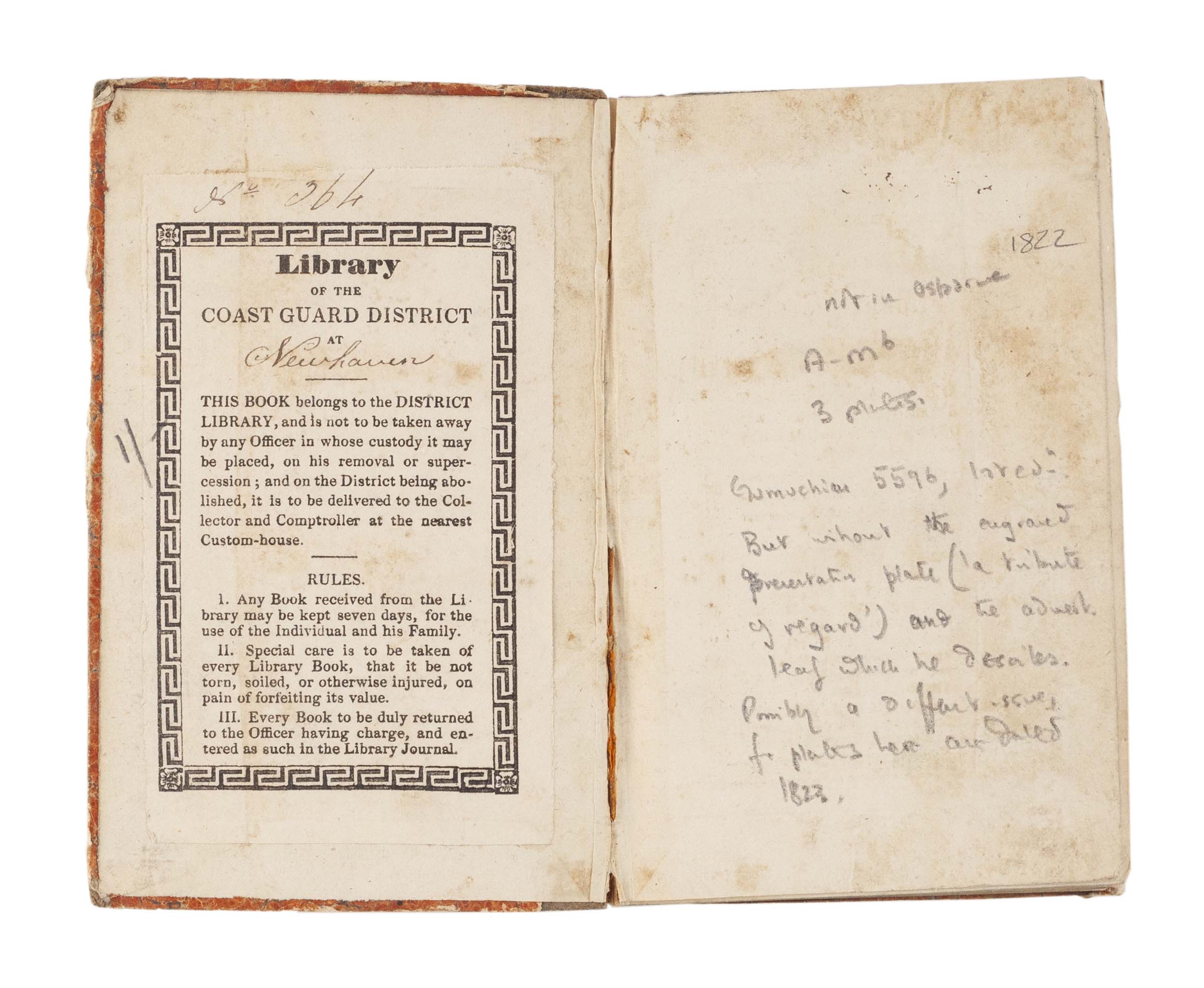 12mo, pp. 144, with engraved frontispiece and 2 plates; bound without the publisher’s advertisement at the end, and a further engraved leaf, a ‘Tribute of Regard’, at the beginning, as called for by Gumuchian but often missing; a good copy, bound in contemporary boards, rebacked, front hinge split but holding; bookplate of the Library of the Coast Guard district of Newhaven, with list of rules, to front pastedown (with shelf mark ‘nº 364’ and ‘Newhaven’ filled in in manuscript).

Added to your basket:
A Token of Remembrance from a Mother to her absent Children, comprising simple Tales, Dialogues, and easy Poetry, adapted to the Capacities of young Children.

First edition of this collection of moral tales and poetry for children, compiled by a mother for her young daughter, from the lending library of the newly established Coast Guard.


It includes a series of dialogues with Clara and her mother as protagonists, each ending with a lesson on the different meaning of words with almost identical sound; tales, such as ‘The noise in the wood’, ‘The little hay-maker’, and ‘The butterfly’, poems, and songs.

This copy bears the extremely rare bookplate of the lending library of the Coast Guard. Established in 1822 (the same year as the publication of this book), the British Coast Guard was initially placed under the authority of the Board of Customs, dealing mainly with the prevention of smuggling as well as being responsible for giving assistance to shipwrecks.