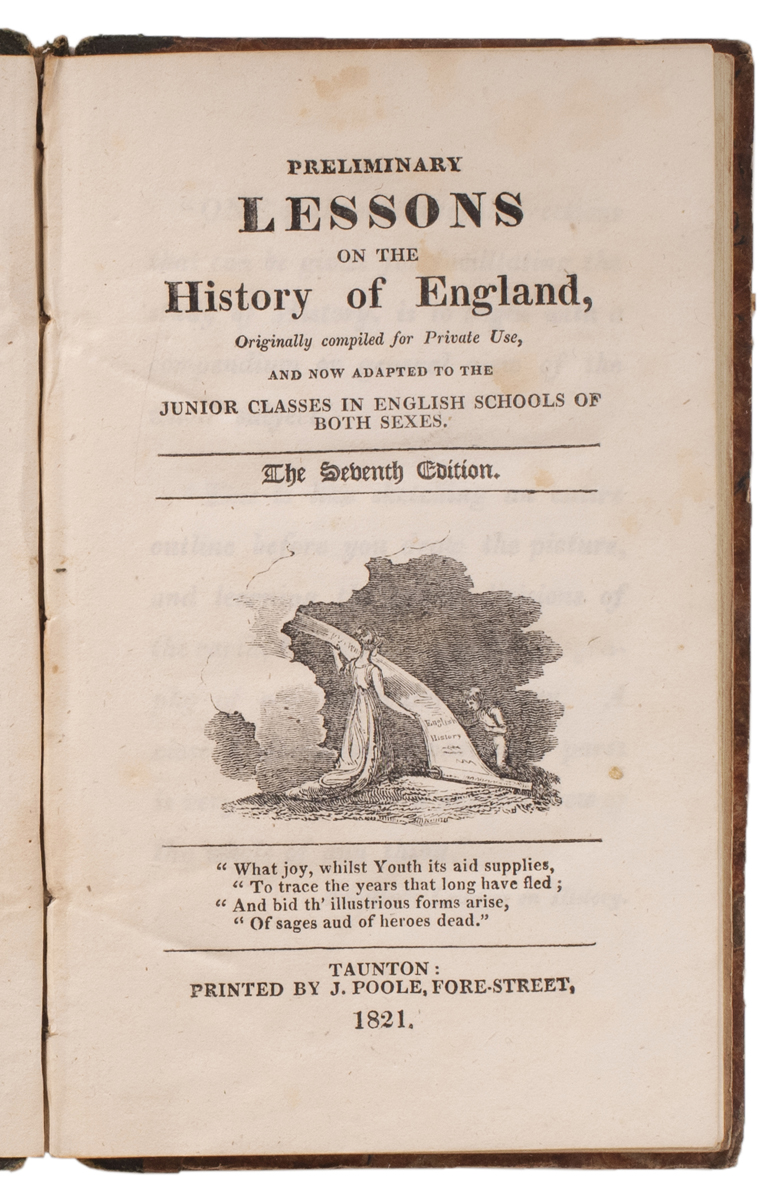 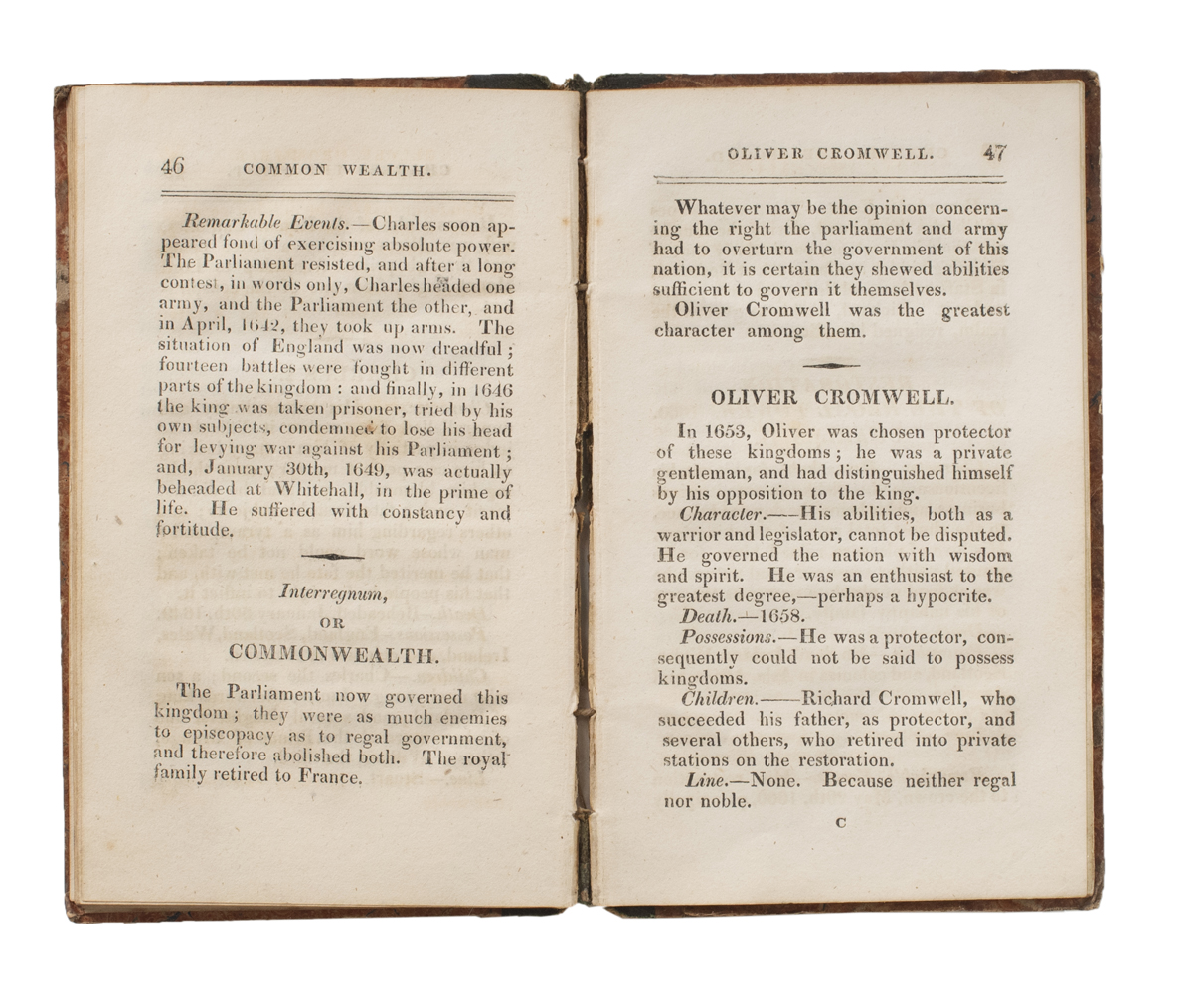 Added to your basket:
Preliminary lessons on the history of England, originally compiled for private use, and now adapted to the junior classes in English schools of both sexes.  The seventh edition.

The work concludes with an outline of the British constitution and the role of parliament, the great offices of state, and the legal system.

All editions are rare: the present edition is recorded by Library Hub at the V&A and BL only, while no other edition is held by more than two libraries.  The latest edition we can locate is the twelfth of 1836, also at the BL.

A Treatise on the Culture and Management of Fruit-Trees, in which a new Method of Pruning and Training is fully described, to which is added, a new and improved Edition of “Observations on the Diseases, Defects, and Injuries, in all Kinds of Fruit and Forest Trees,” with an Account of a particular Method of Cure, published by Order of Government.