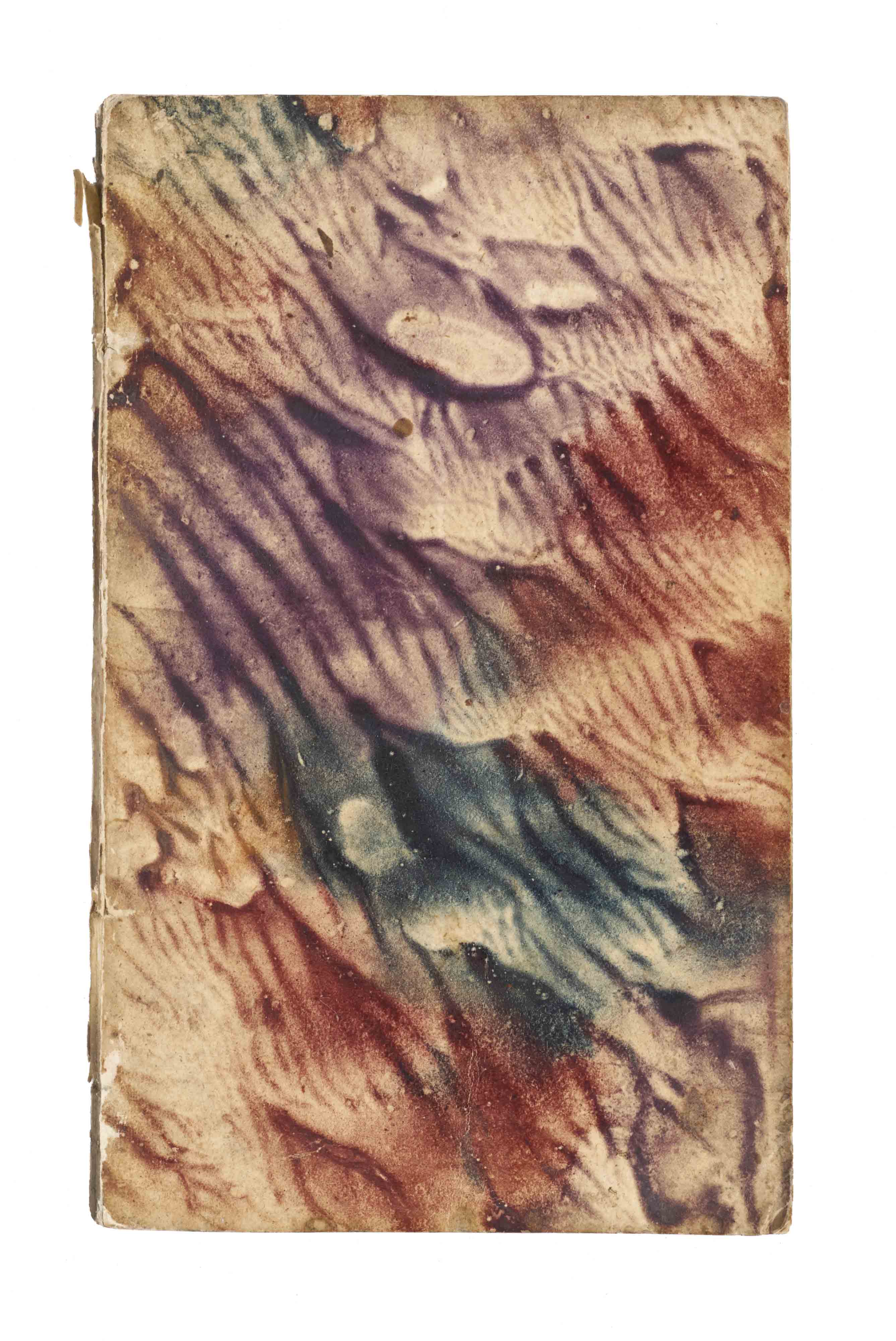 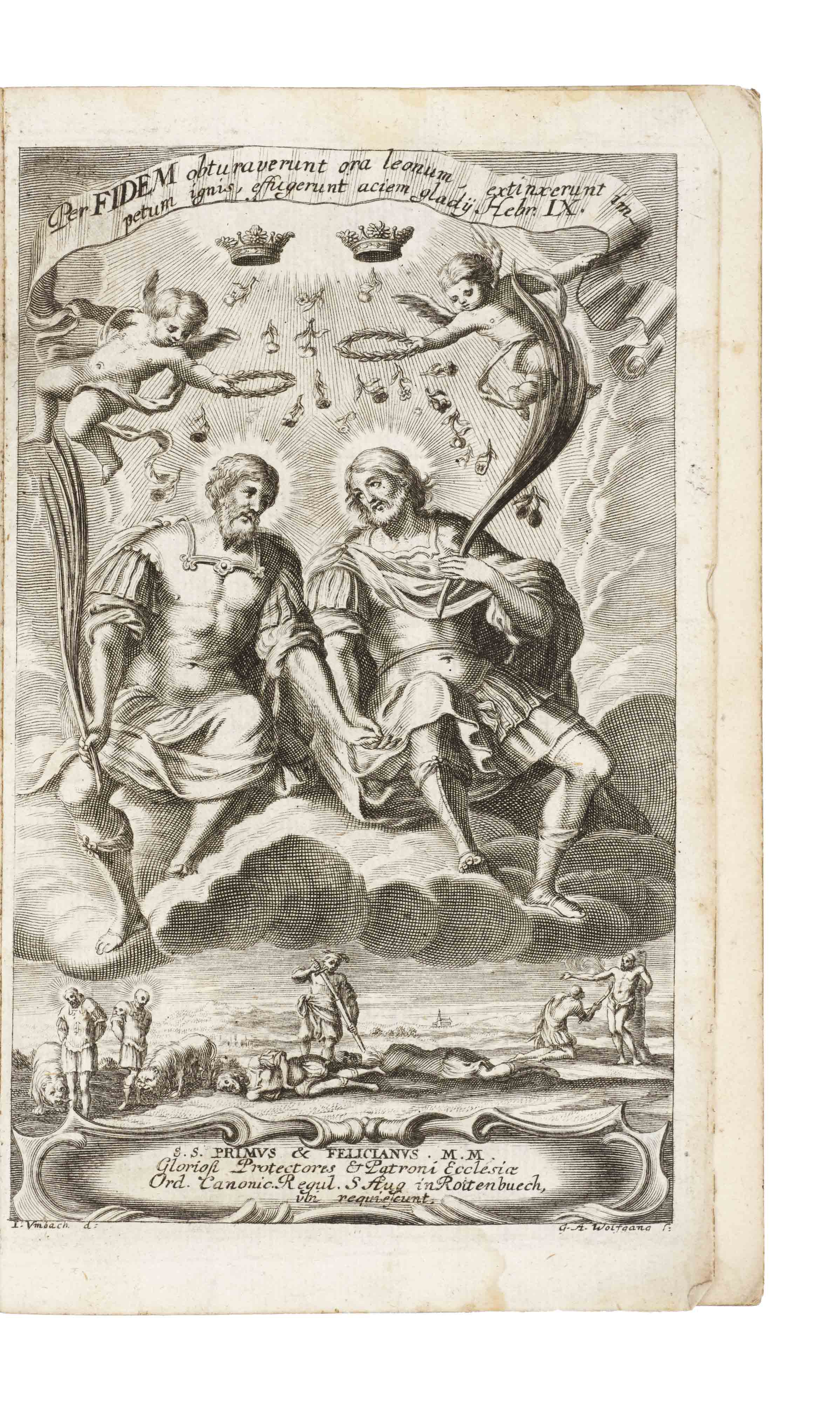 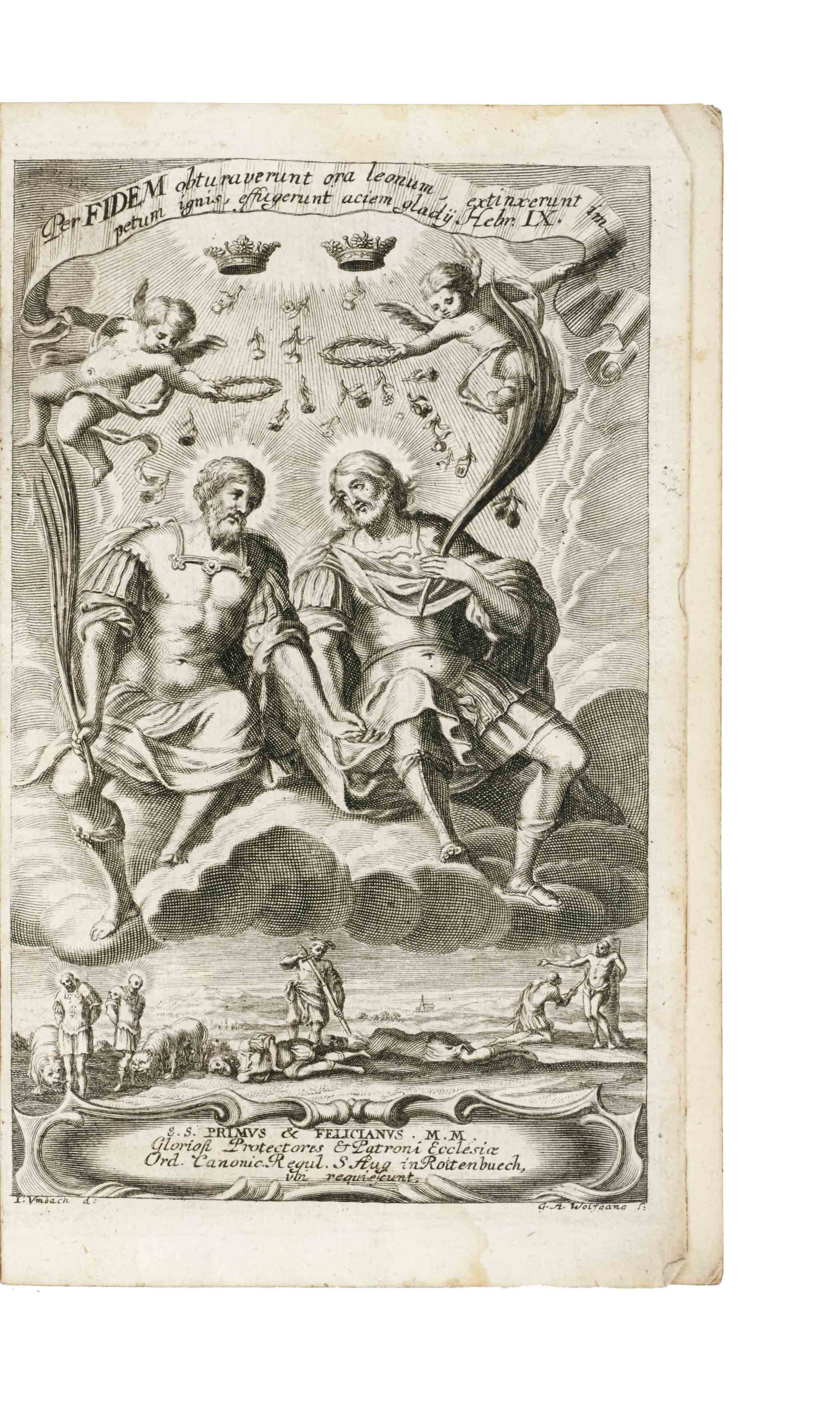 8vo, pp. [viii], 96, with engraved frontispiece portraying SS. Primus and Felicianus, by; woodcut head- and tailpieces and initials; small paper flaw to last leaf of prelims not affecting text, occasional marginal staining, but otherwise clean and crisp throughout; in contemporary coloured pastepaper wrappers; some loss to spine, but still an attractive copy.

A good copy of this rare dissertation from the Augustinian college at Rottenbuch in Bavaria, attempting to reduce logic (the science of reasoning) to one hundred numbered paragraphs. Describing the function and limits of logic, the authors, both Austin canons at Rottenbuch, explain the use of syllogisms, the relationship of logic to epistemology, the theory of universals, necessity and contingency, and more.

Outside Germany, OCLC records just one copy, at Cambridge.

Observations by Alexander Trotter, Esq., of Dreghorn, in Illustration of his modified Plan of a Communication between the new and old Town of Edinburgh.

First edition of the Observations, issued with the corrected and enlarged second edition of the Plan, here linked to the first work by a new leaf (printed on pink paper stock) which reads: ‘What follows is Mr. Trotter’s original plan of 1828, now abandoned, as mentioned on first page of the preceding observations’.