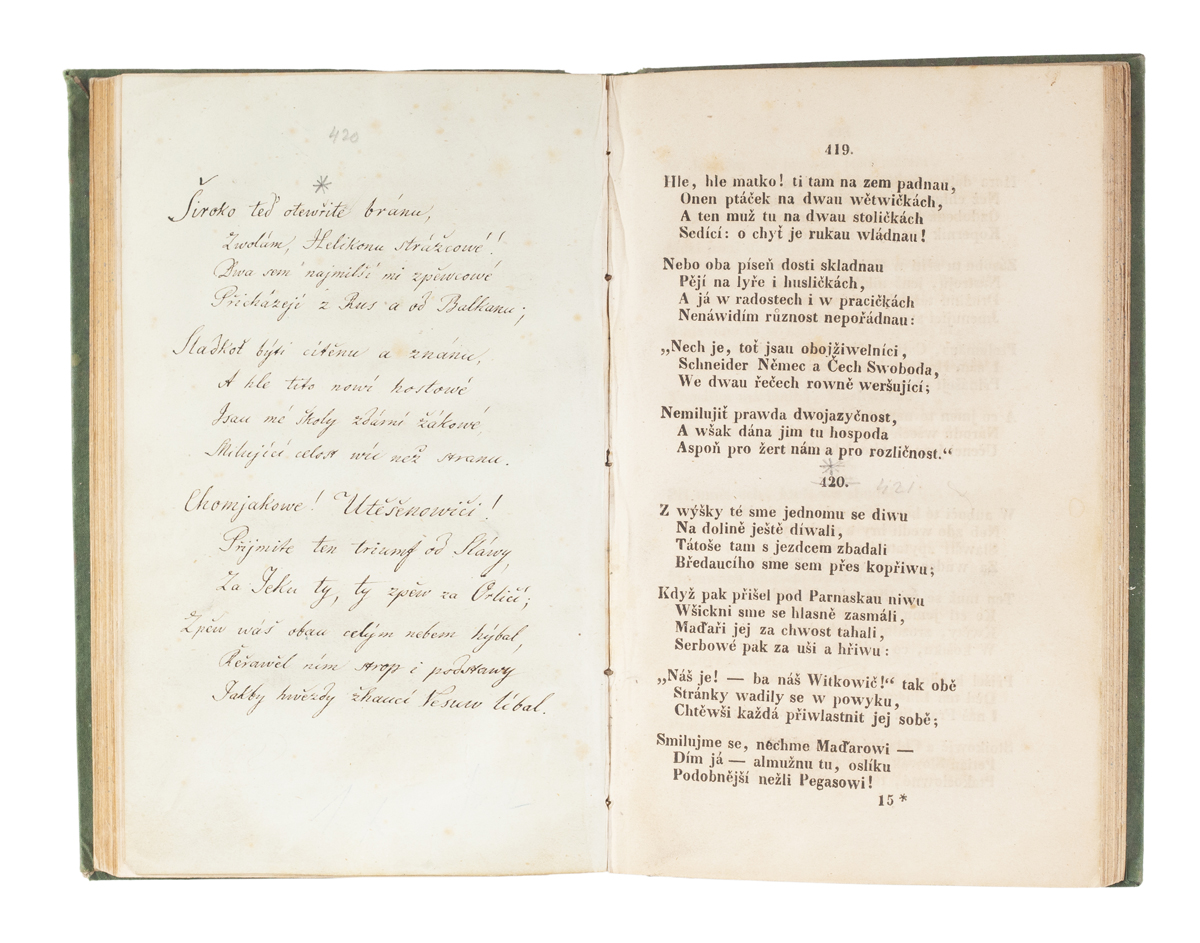 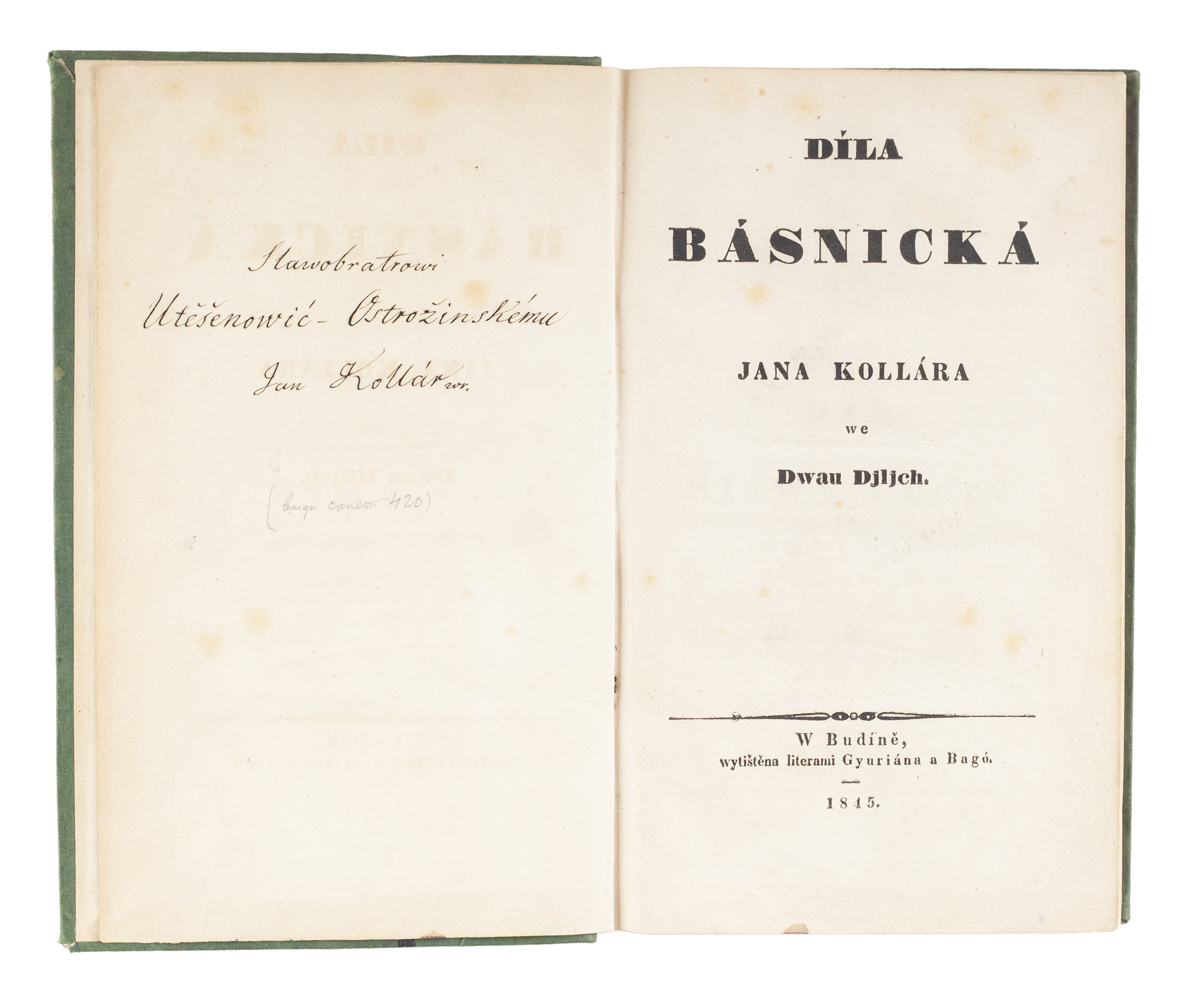 Added to your basket:
Díla básnická … we dwau djljch [‘A Collection of Poems … in two parts’].

Kollár (1793–1852) is the first great Slovak poet and one of the leading Czech-language poets of the nineteenth century. He is best known for the epic sonnet cycle ‘Slavy dcera’ (‘Slava’s Daughter’, first published in 1824, but greatly added to over subsequent editions), which forms the first, and major, part of this edition. The second part contains shorter lyrics. In ‘Slavy dcera’, ‘the poet’s beloved Mína [an embodiment of Kollár’s ideal of love] becomes daughter of a mythic Slavic patron Goddess, and a pilgrimage is conducted through Slav lands and, in Dante-like style, into a Slav paradise and hell’ (Naughton, p. 141). As such, it is an early expression of the ideal of cultural unity among all the Slavic peoples.

Kollár was an active Slavophile campaigner (de Bray calls him the ‘crystallizer of the ideal of Slavonic brotherhood’) during the Revival period, and it is fitting that this copy is inscribed to Utješenowić-Ostrožinski (1817–1890), a Croatian Serb writer, who had inspired Kollár with his poem ‘Jeka od Balkana’ (‘The Cry of the Balkans’) and his views on South Slav unity and co-operation. Kollár even pens an additional sonnet in his and A.S. Khomyakov’s (1804–1860, Russian poet and early Slavophile) honour, bound in specially in this copy, and which was published in the final edition of ‘Slavy dcera’ in 1852.