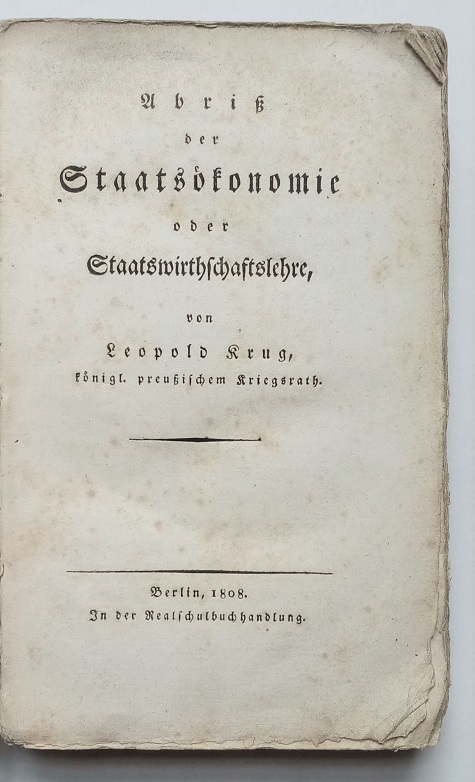 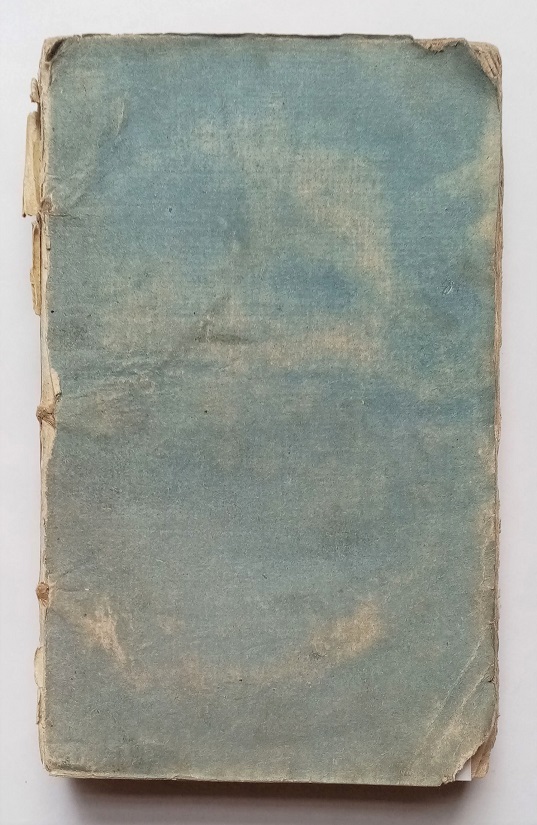 8vo, pp. xx, 276; some light foxing in places, but a very good copy in the original blue wrappers, corners chipped, spine worn off at the extremities, edges rubbed.

His political economy stems from the theories of the physiocrats Quesnay and Mirabeau, James Stuart, Adam Smith and British classical economists.

Humpert 857; Kress B. 5385. Very rare: OCLC reveals only a handful of copies in Germany and 2 in Denmark, no copies in the UK or US (except the Baker copy cited in Kress). 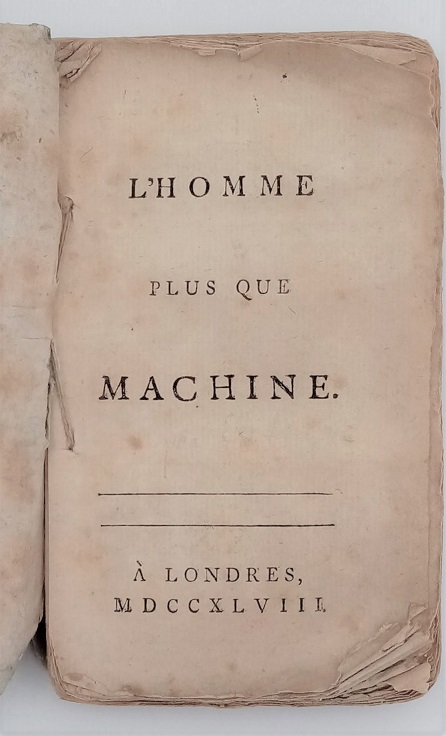 First edition of this attack against materialism and La Mettrie’s L’homme machine, published in the same year. The work was included in the 1774 edition of the Oeuvres of La Mettrie, volume III.

‘A PROFITABLE BOOKE’ FOR GENERATIONS OF LAW STUDENTS PERKINS, John.

A profitable booke of Master Iohn Perkins, Fellow of the Inner Temple. Treating of the lawes of England.

An attractive copy of the 1601 edition of Perkins’ Profitable book. Perkins, who died around 1545, had a troubled career – allegedly having his heels ‘turned upward’ in Westminster Hall for being a dishonest attorney and later being imprisoned and banished from Oxford for accusing two local abbots of treason and vice – but he became a ‘household name for generations of law students by reason of his little book on land law, called Perkins’ Profitable Book, which first appeared (in law French) in 1528 under the Latin title Perutilis tractatus magistri Johannis Parkins interioris Templi socii’ (ODNB). The first English translation appeared in 1555 and ran through seventeen editions and reprintings before 1660, with an edition appearing as late as 1827. ‘The English versions are divided into eleven chapters (dealing with grants, deeds, feoffments, exchanges, dower, curtesy, wills, devises, surrenders, reservations, and conditions) and 845 numbered sections. The Profitable Book was intended as a kind of supplement to Littleton’s Tenures ... [It] has a thoughtful jurisprudential preface, is clearly written, and was considered authoritative’ (ibid.).