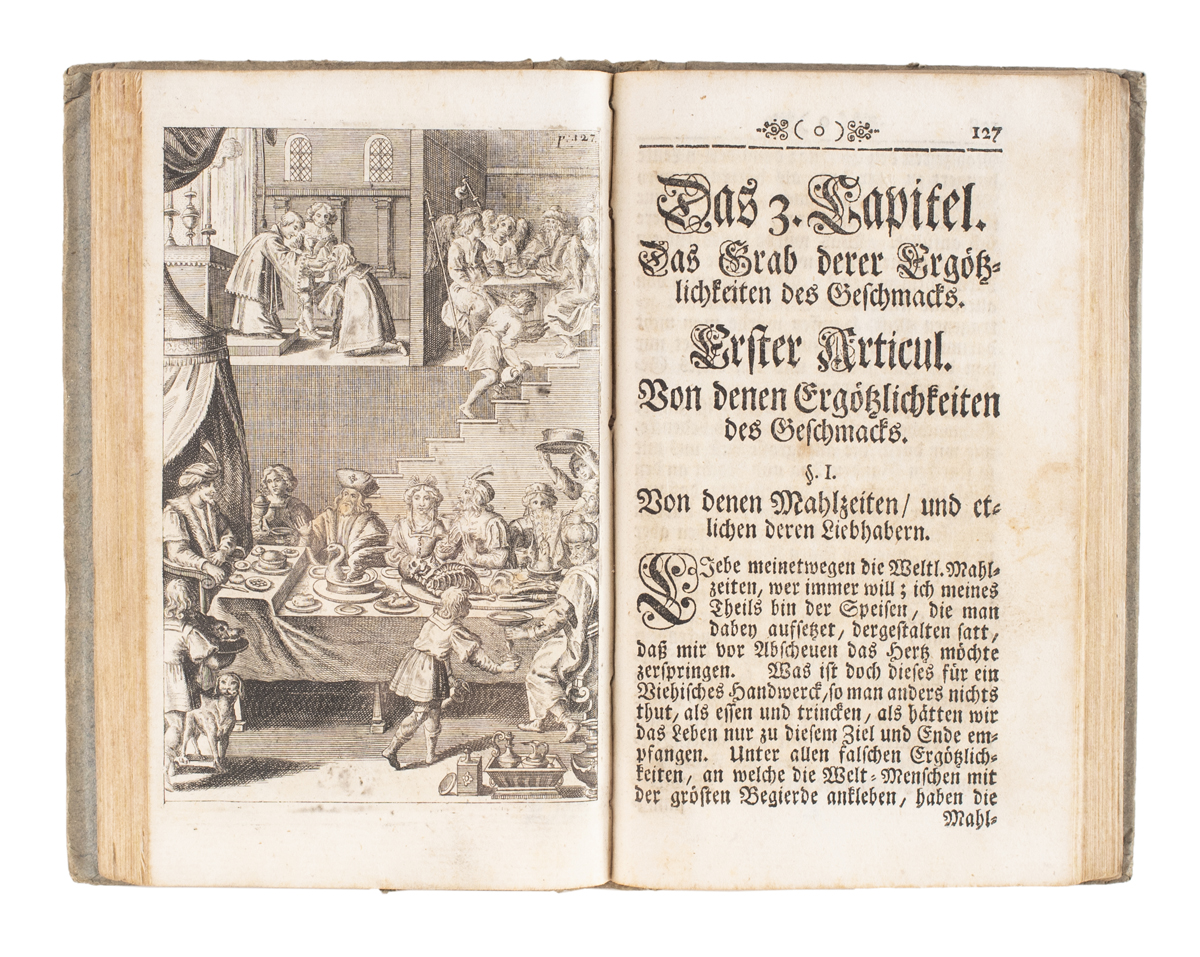 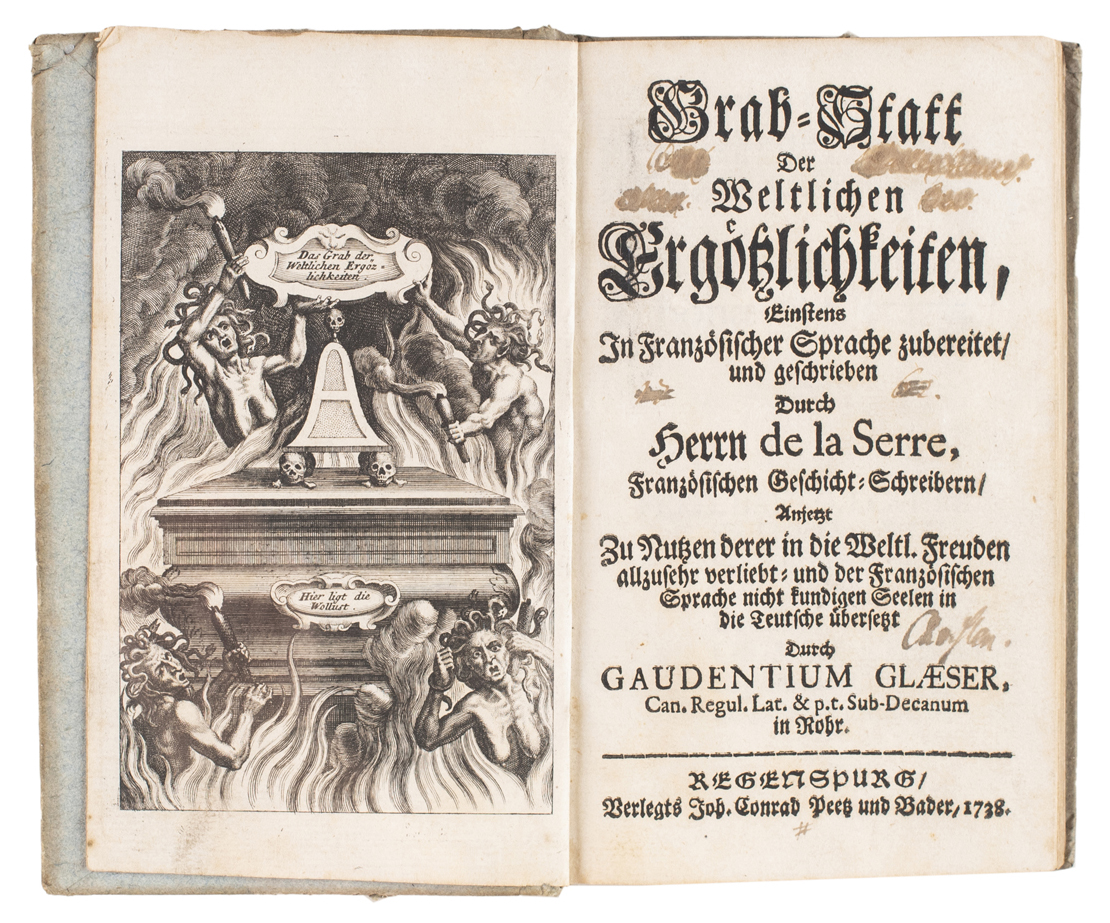 12mo, pp. [6], 231, [1 (blank)]; with engraved frontispiece, engraved portrait on verso of imprimatur leaf, and 5 further engraved plates; some light spotting and browning in places, but largely clean throughout; in later eighteenth-century blue boards, paper label (partly detached) on spine, and crossed out manuscript marks (title?) on spine; some wear and staining, with slight loss to head of spine, contemporary ink ownership marks on title, deleted.

First published in 1630, and here in a version by the Bavarian priest and prolific translator Gaudentius Glaeser, the Tombeau details the temptations and hazards of five types of earthly delight. Each chapter is devoted to one of the senses, starting with sight and concluding with touch, explaining ways in which the vanity of the senses leads to moral and spiritual decay. Although essentially a work of asceticism, La Serre’s book is also an interesting essay on aesthetics, discussing inter alia female beauty (and how we might better thrill to something more appropriate), the seven wonders of the world, the pleasures of music both sacred and secular, gastronomy, and the nature of luxury. Each sense is illustrated with an engraving offering a hint of its associated dangers.

OCLC records no copies outside Germany.

THE LIFE OF THESEUS MEURSIUS, Johannes.

First edition of this posthumously published work by the eminent Dutch classical scholar and antiquary Meursius (1579–1639), giving an account of the life and deeds of Theseus, the mythical hero and king of Athens, including a chapter on his slaying of the Minotaur.