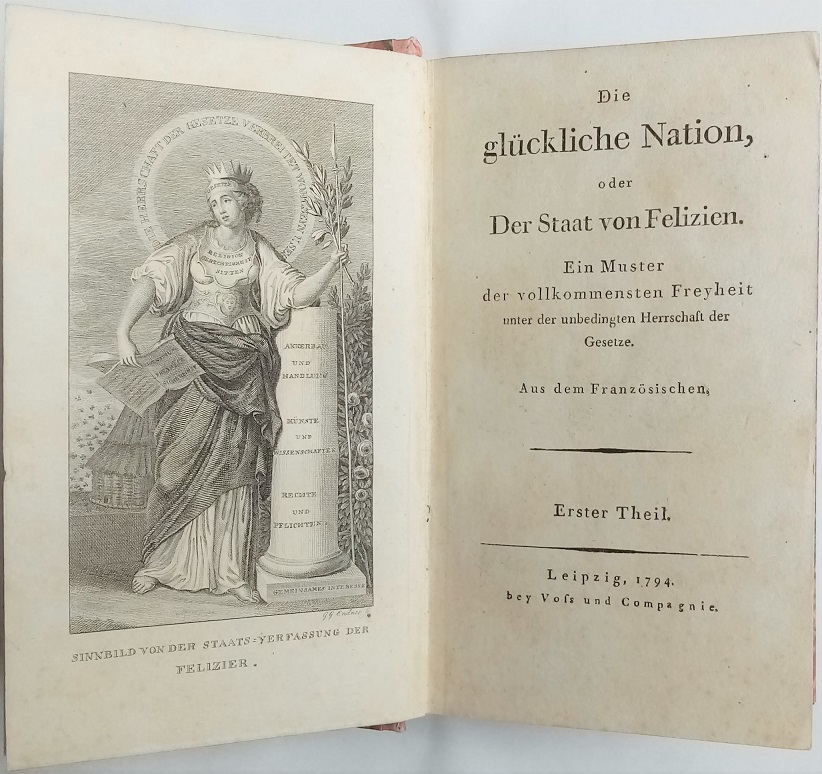 Two vols, small 8vo, pp. [2], 542 + engraved frontispiece; [2], 484; small inkstamps on versos of title-pages; ownership stamp ‘F’ and some soiling to the title in vol. II; light browning and offsetting throughout, more so to the final few leaves in vol. I, but still a good copy in recent marbled boards.

Le Mercier had long been conscious of the fact that his writings on physiocrat economics and political theory may have been rather too dry to gain much traction with the general public; he had attempted to mitigate this with more pedagogical works such as De l’instruction publique and Lettre sur les économistes, but realised by the 1790s that a utopian novel might prove the best way of spreading his ideas more widely. The present result, which was le Mercier’s last published work, explores the economic and political state of an imaginary world, Félicie, explaining its constitutional arrangements and institutions and articulating the philosophical and moral precepts upon which these institutions are based. The themes are very much similar to those found in le Mercier’s theoretical works, with an emphasis on enlightened despotism; it is fair to remark that it was not wholly in keeping with the mood of the times.

Le Mercier (1719-1801) was an associate of Quesnay and Mirabeau, and spent seven years as governor of Martinique, among other government positions under the ancien regime.

The present German translation is extremely rare: OCLC records only one copy outside Continental Europe, at NYU, and it is not found in Einaudi, Goldsmiths’ or Kress; for the (also uncommon) Paris edition of 1792, see Einaudi 3304, INED 2790, Negley, Utopian Literature, 774, and Quérard V, 140. 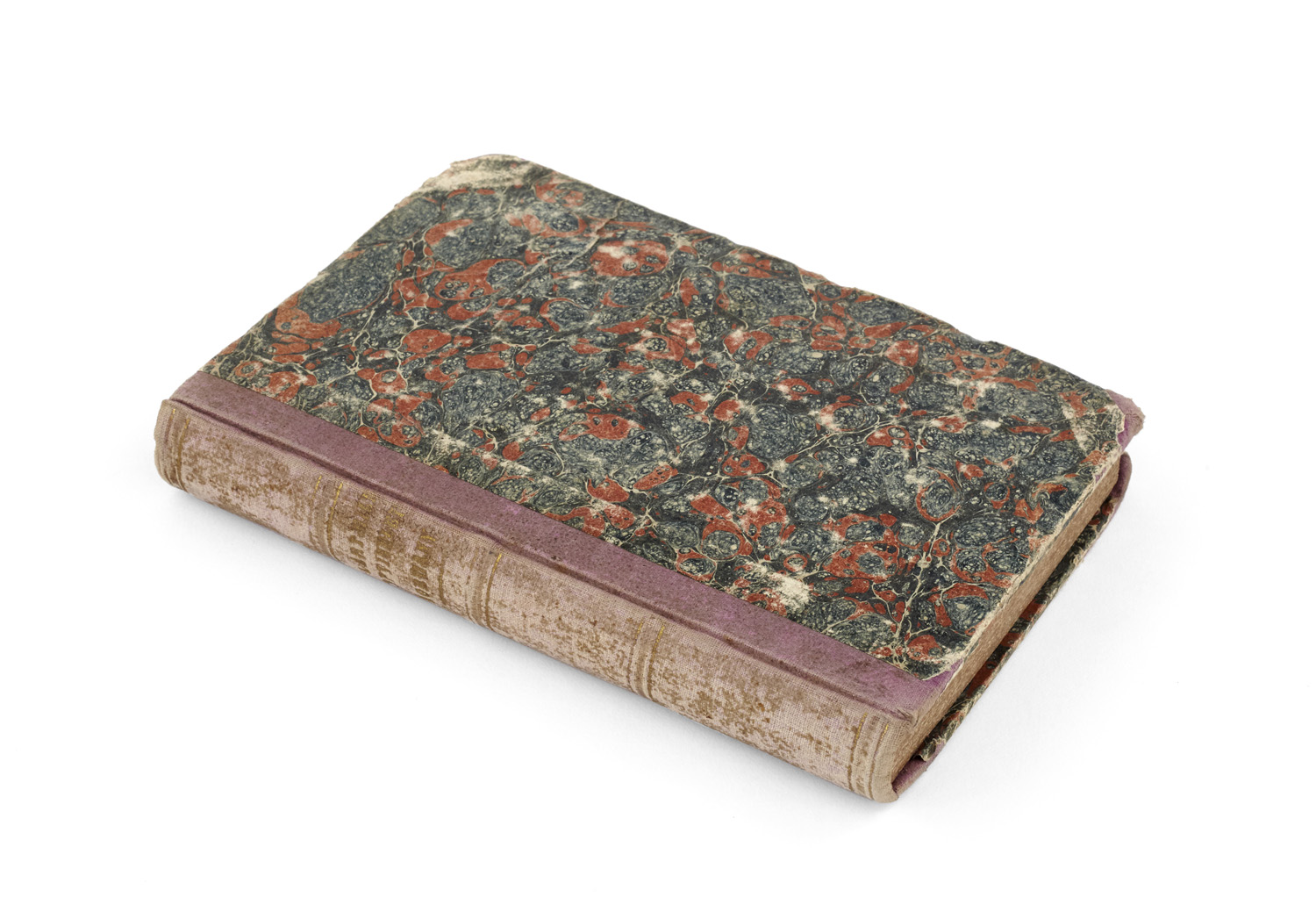 First Hungarian edition of Considerations on representative Government, Mill’s most important political work after On Liberty. In his major work on political institutions Mill ‘discusses to what extent forms of government are a matter of choice, the criterion of a “good form of government”, and explains his belief that representative government is the best form of government because it demands the most from its citizens and encourages their development. For this reason he commended the plan for proportional representation ... as “among the very greatest improvements yet made in the theory and practice of government”’ (Sabine, 667). ‘It is a wide-ranging book, and its interest lies as much in the discussion of general principles as in the particular recommendations regarding the ballot, proportional representation, and plural voting, not to mention the treatment of local government, federalism, and nationality’ (IESS).