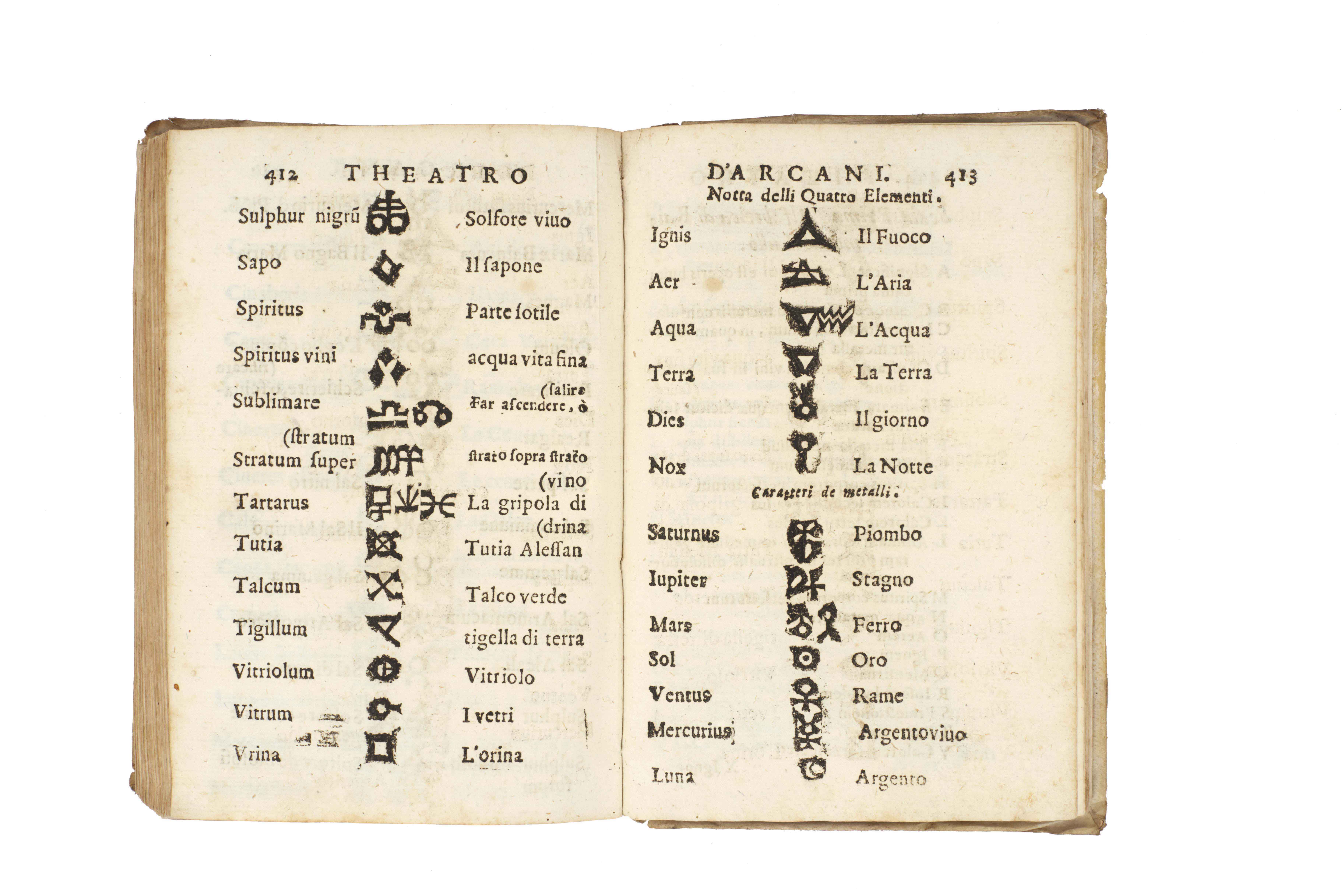 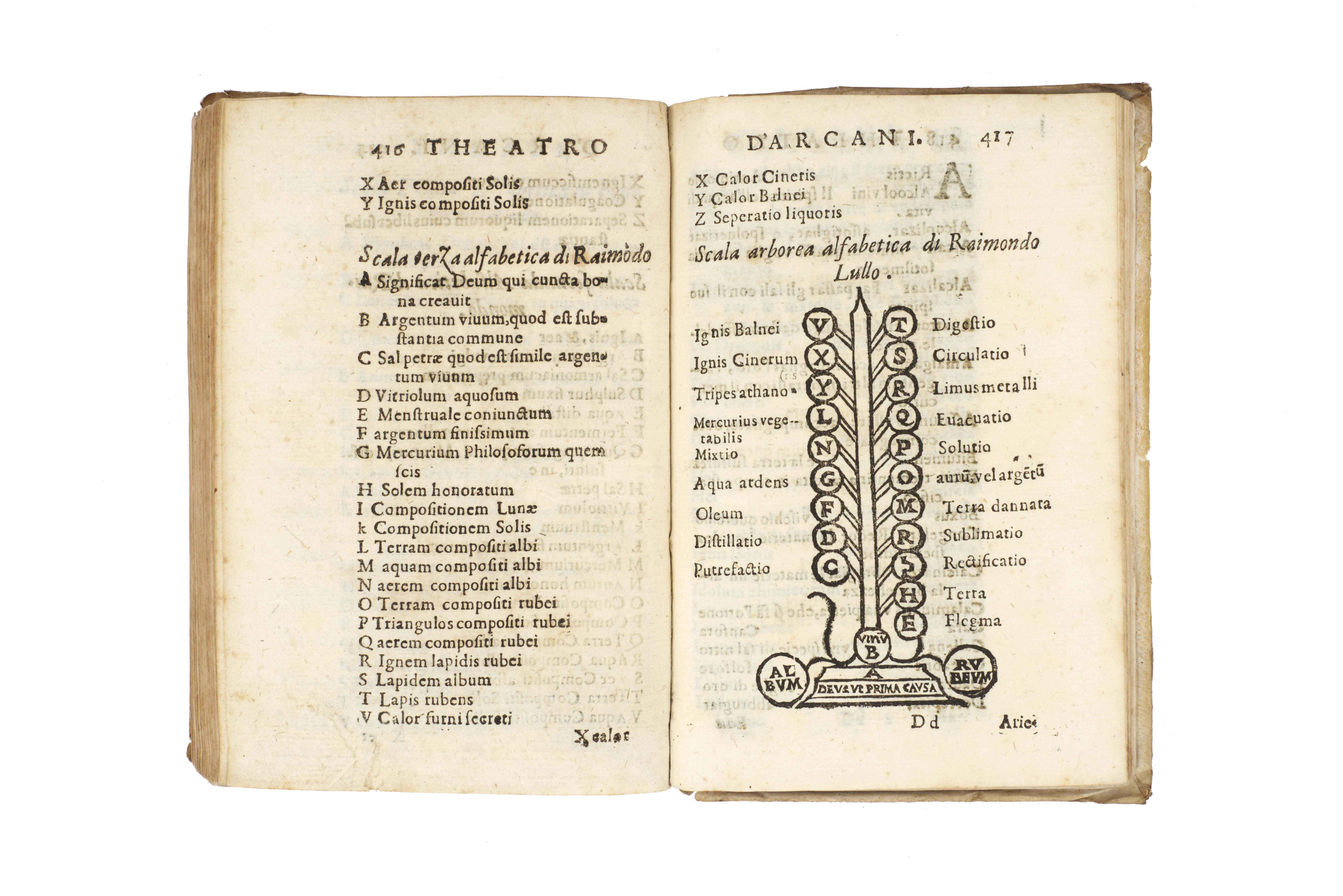 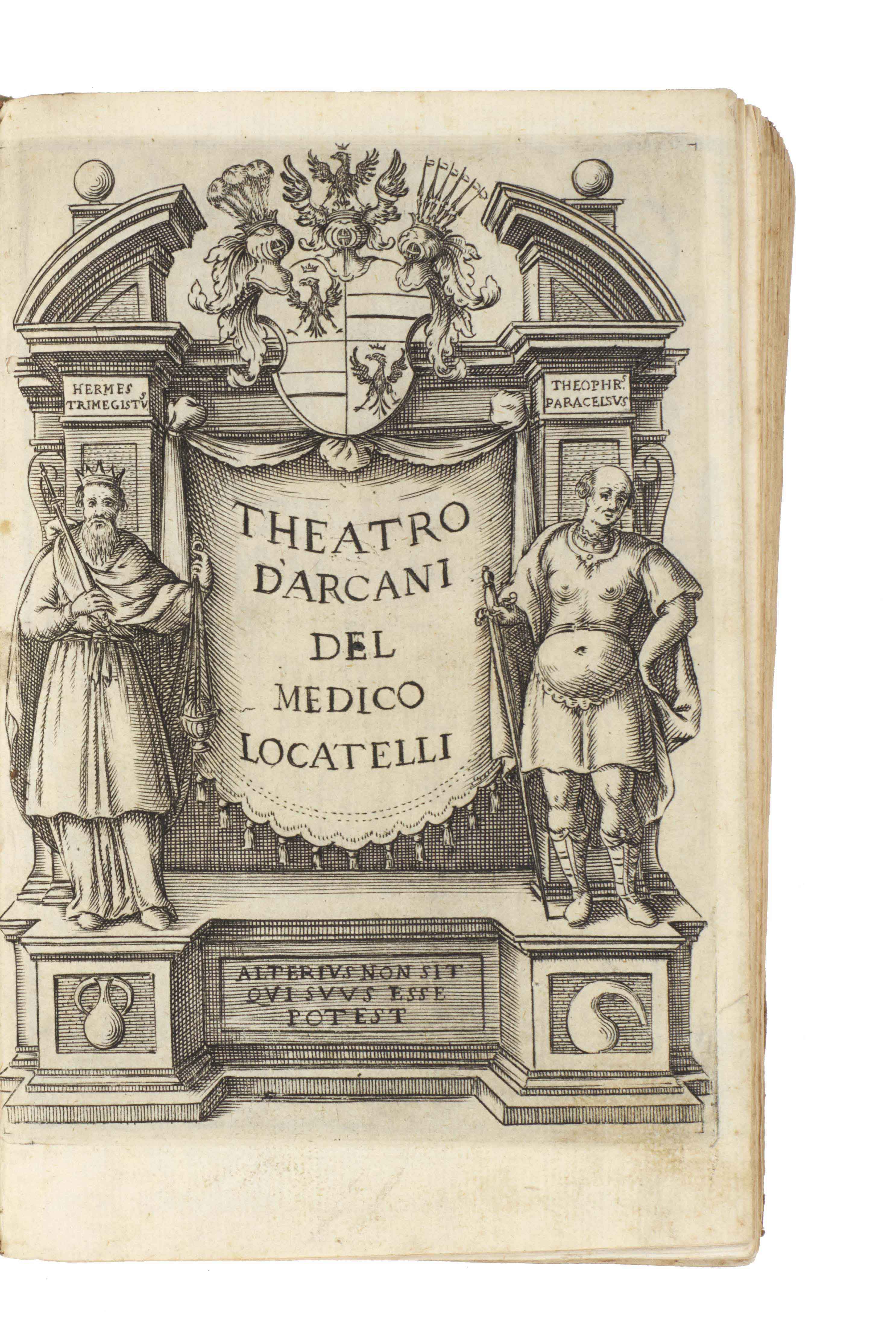 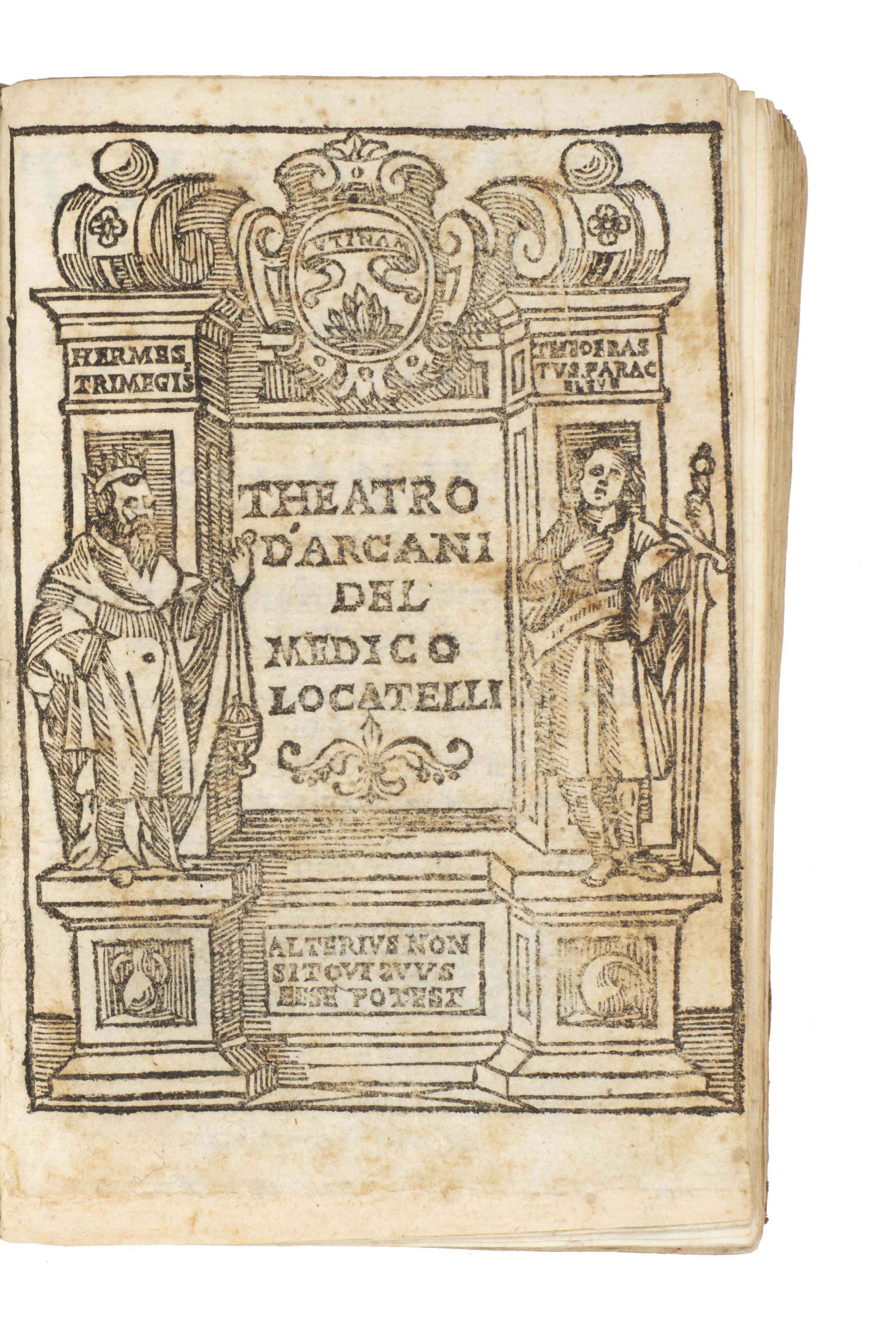 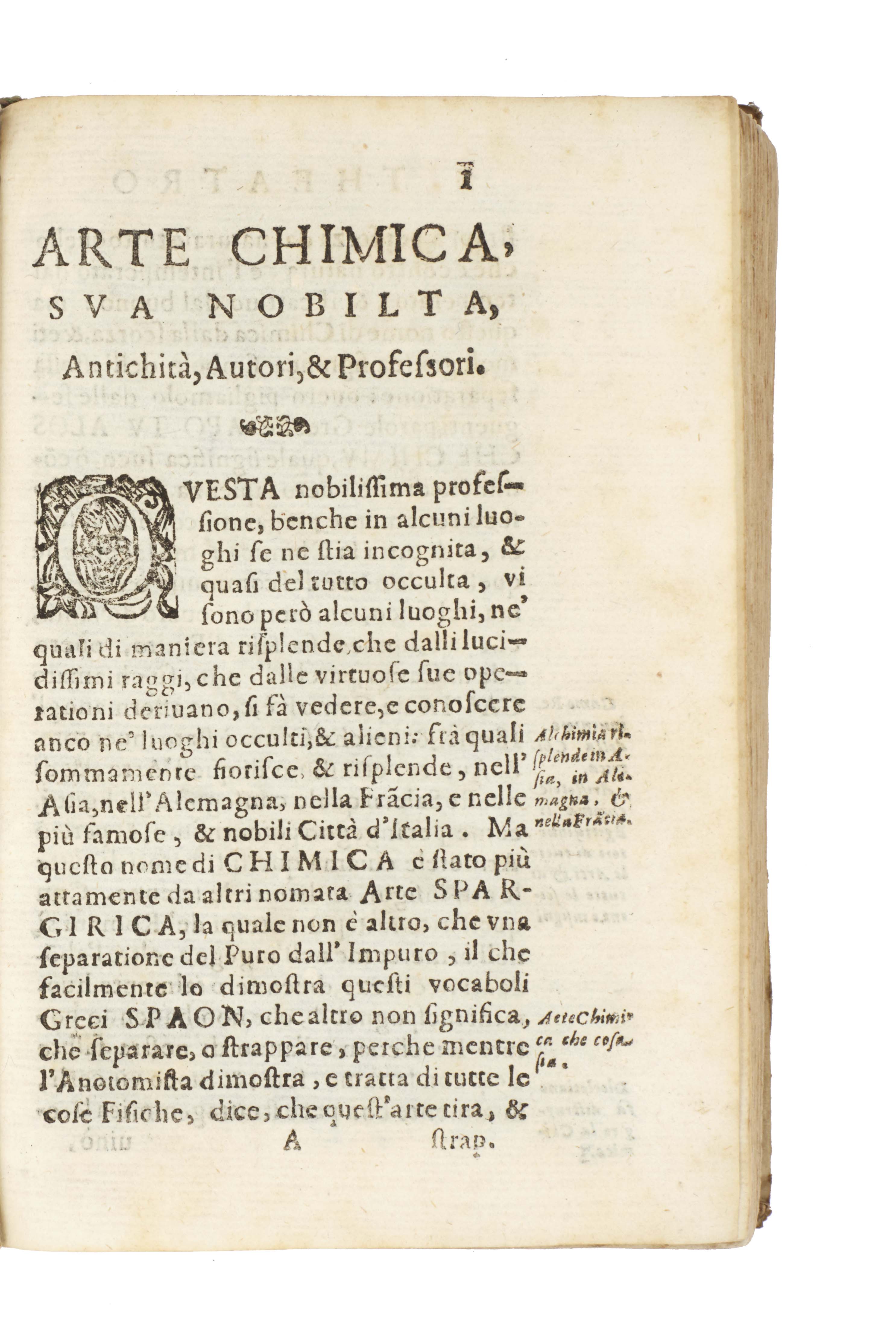 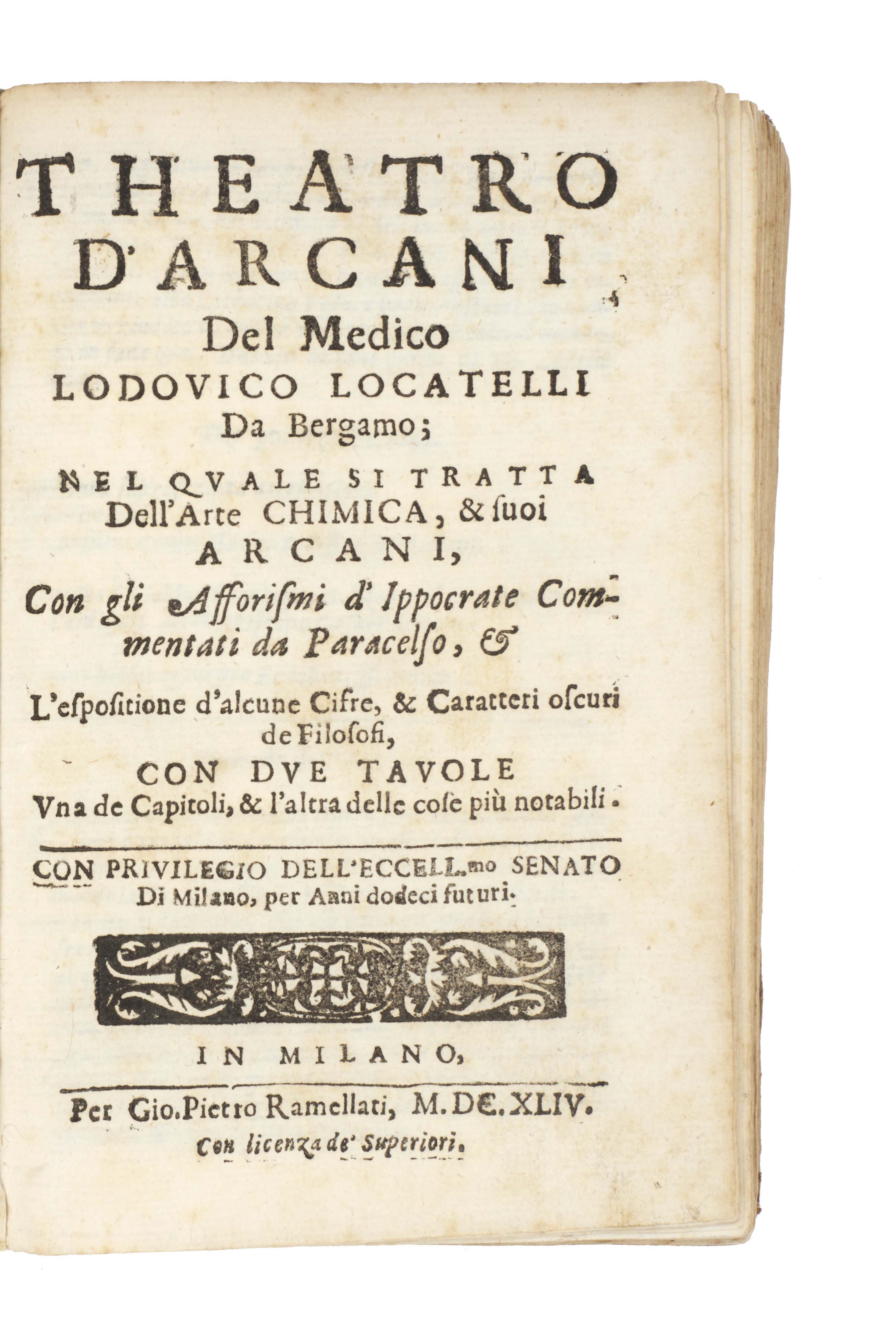 Lodovico Locatelli (c. 1600–1657) was considered by his contemporaries to be one of the finest chemists in Italy. Born in Bergamo, he came to chemistry late in life but quickly mastered the art, and travelled to Germany and France before settling in Milan, where he earned the reputation of ‘a new Asclepius’ thanks to his advanced practice of spagyric medicine and the dispensation of very effective chemical remedies.

‘It is apparent that by the 1640’s Paracelsian medicine had gained momentum in Italy and that iatrochemical theories were being adopted by a number of Italian physicians. […] In 1644 there appeared the first Italian translation from Paracelsus, made by the aforementioned Ludovico Locatelli, who included a version of Paracelsus’ Erklärung über etliche Aphorismen des Hippokrates in his Teatro d’arcani. Unlike Bardi, Locatelli was a fervent Paracelsian; he espoused Paracelsus’ medicine and philosophy, and explicitly rejected traditional medicine. Locatelli, who travelled to Germany in 1642, maintained that chemical reactions took place in the human body that were the same as those produced in the laboratory. Natural bodies contained a subtle and pure spiritual substance that chemists could extract and use for their remedies. Following Bovio, Locatelli attacked Galenists as ignorant and greedy, and promoted a great number of chemical remedies, like arcanum corallinum, tartar, vitriol, mercurius vitae, and aurum potabile, most of them taken from Paracelsus, Martin Ruland and Quercetanus’ (A. Clericuzio, ‘Chemical Medicine and Paracelsianism in Italy, 1550-1650’, in M. Pelling and S. Mandelbrote, eds., The Practice of Reform in Health, Medicine, and Science, 1500–2000, 2005, p. 77)

The Theatro d’Arcani includes some of Locatelli’s own preparations, including his own laudanum (‘Laudano opiate di mia inventione’ p. 254), and ‘several chapters on the uses of quicksilver’ (Piantanida), including a suggestion of its use as a cure for syphilis.

Interestingly, Locatelli had to obtain a special dispensation from the Inquisition in order to publish his Theatro, as he quoted from books which had been placed the Index, among others those of Paracelsus, Lull, and Arnald of Villanova.

First edition of this sumptuous production, published soon after the outbreak of the Spanish Civil War, remarkable for the quality and variety of Muirhead Bone’s drawings reproduced within it. This is number 56 of 265 copies, and is signed by the artist and by his wife Gertrude, author of the accompanying text, on p. [vii] of volume I. A separate portfolio containing two signed drypoint etchings was issued with each copy, but it is often missing and is not present here.