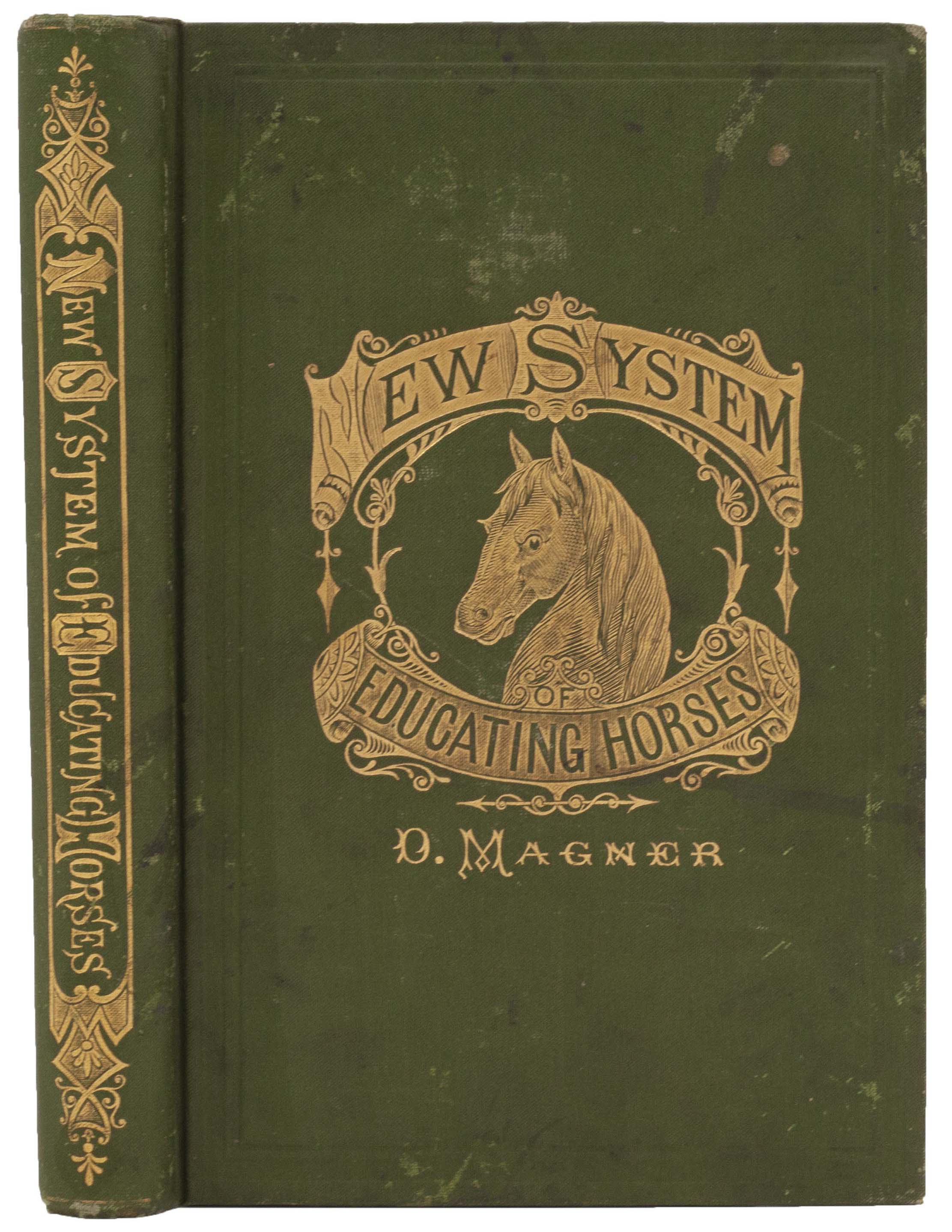 Added to your basket:
The new System of Educating Horses, including Instructions on Feeding, Watering, Stabling, Shoeing, etc., with Treatment for Diseases, illustrated, including many valuable Recipes not before published … twelfth Edition, re-written with new Illustrations.

Twelfth edition of a well illustrated manual on equestrianism, principally the training of horses. ‘The horse is an animal of high and spirited organization, endowed by his Creator with capabilities and faculties which sufficiently resemble man’s to come under the same general law of education and government … Boys and colts, so much alike in friskiness and stubbornness, both are misunderstood and abused in equal ratio’.

Not in Dingley; not in Mellon.