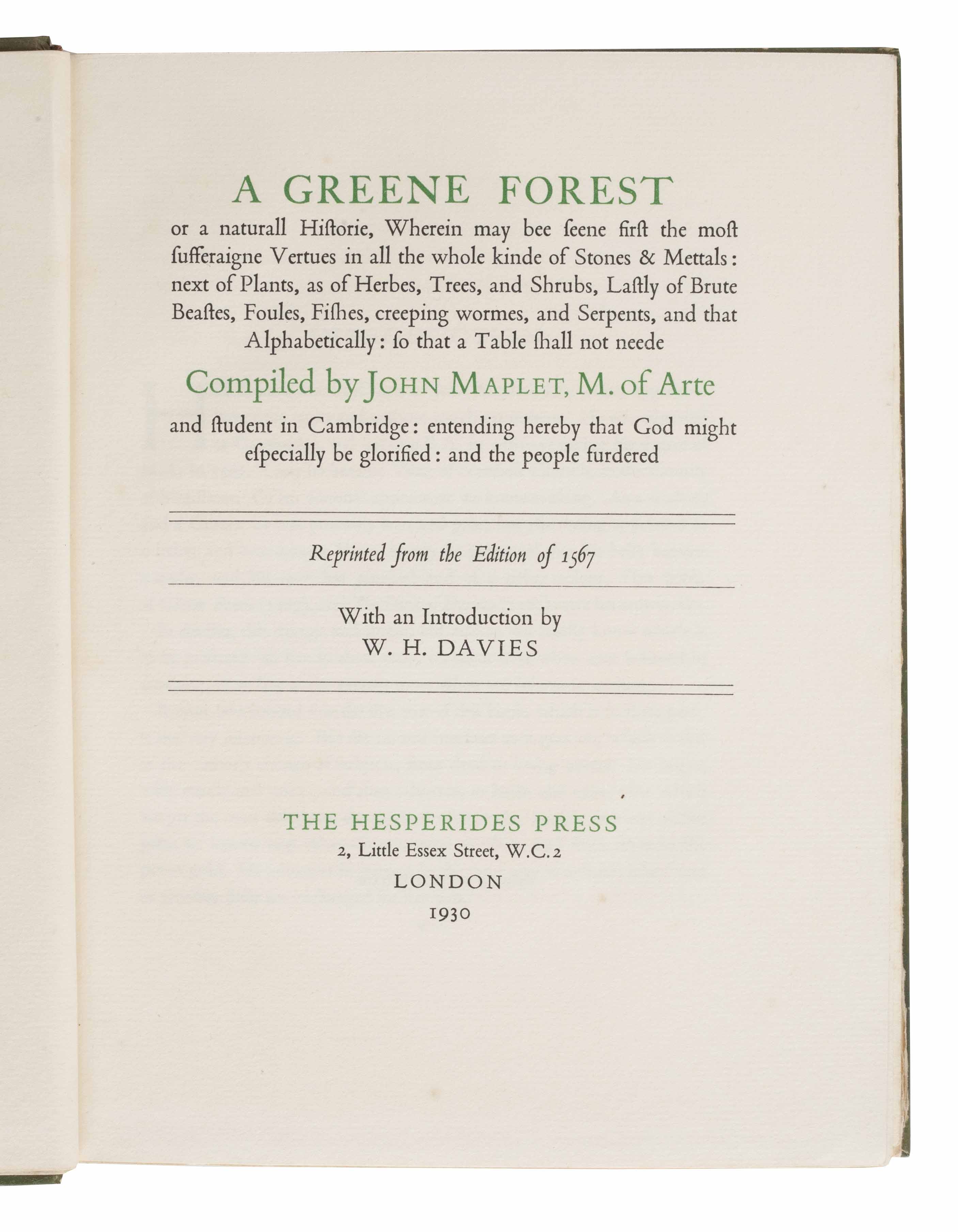 Added to your basket:
A greene Forest, or a naturall Historie, wherein may bee seene first the most sufferaigne Vertues in all the whole Kinde of Stones & Mettals, next of Plants, as of Herbes, Trees, and Shrubs, lastly of brute Beastes, Foules, Fishes, creeping Wormes, and Serpents, and that alphabetically, so that a Table shall not neede … reprinted from the Edition of 1567, with an Introduction.

Natural History of Quadrupeds, for Children, combined with an Attempt to engraft on the youthful Mind the Principles of Tenderness and Compassion for the animal Creation, by a Lady; second Edition.

A scarce work, second edition, the first edition to be attributed to ‘a lady’. An attractive natural history for children, the work was first published in 1813 ‘by the Author of The Decoy’, an educational work on English grammar; this second edition is the first to credit ‘a lady’ with its authorship. The author of several works for children, she is likely the ‘E. Ballantine’ recorded in the Darton and Harvey copyright receipt book for ‘Natural History for Children’ and ‘the Lamb’.