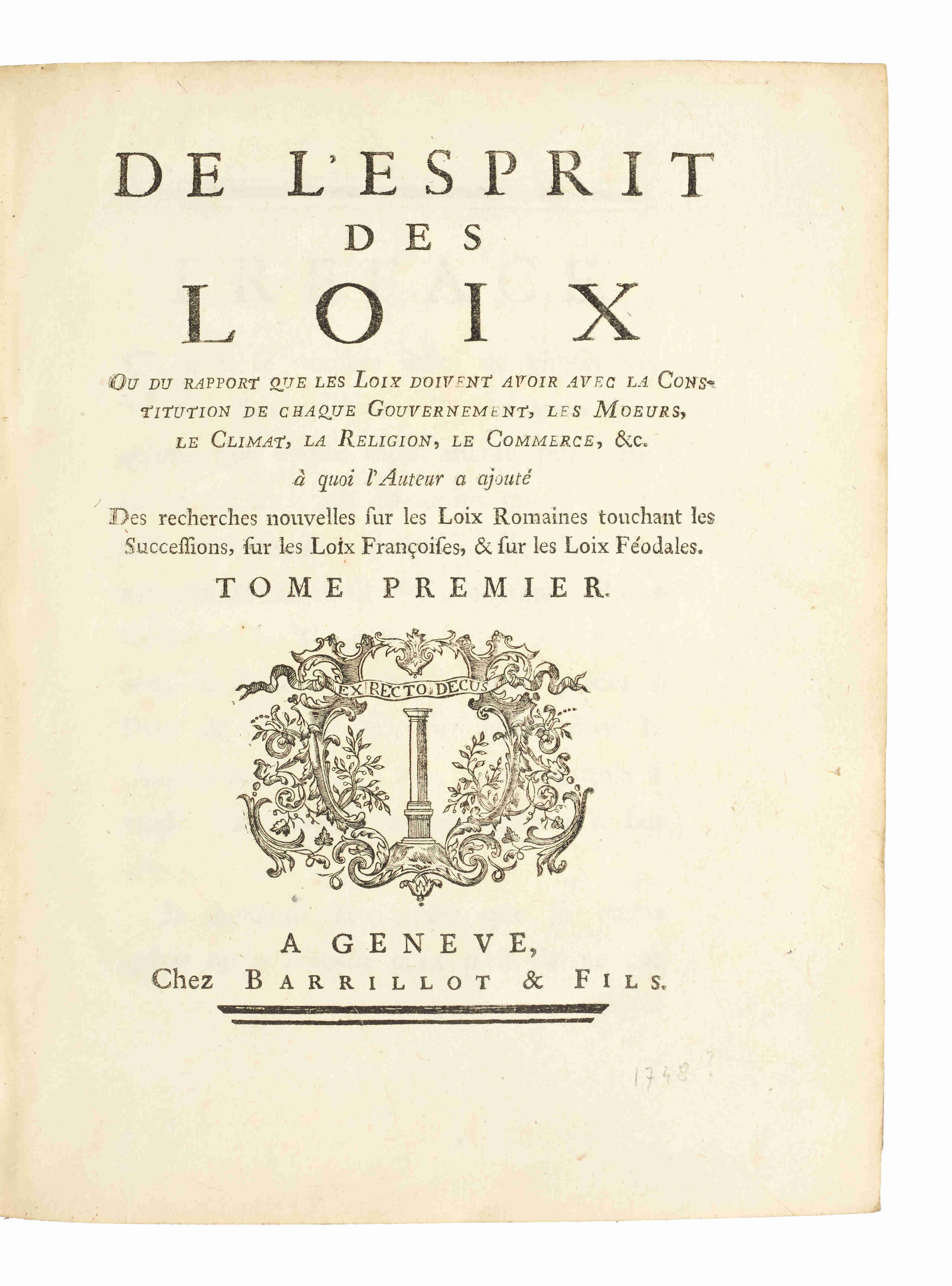 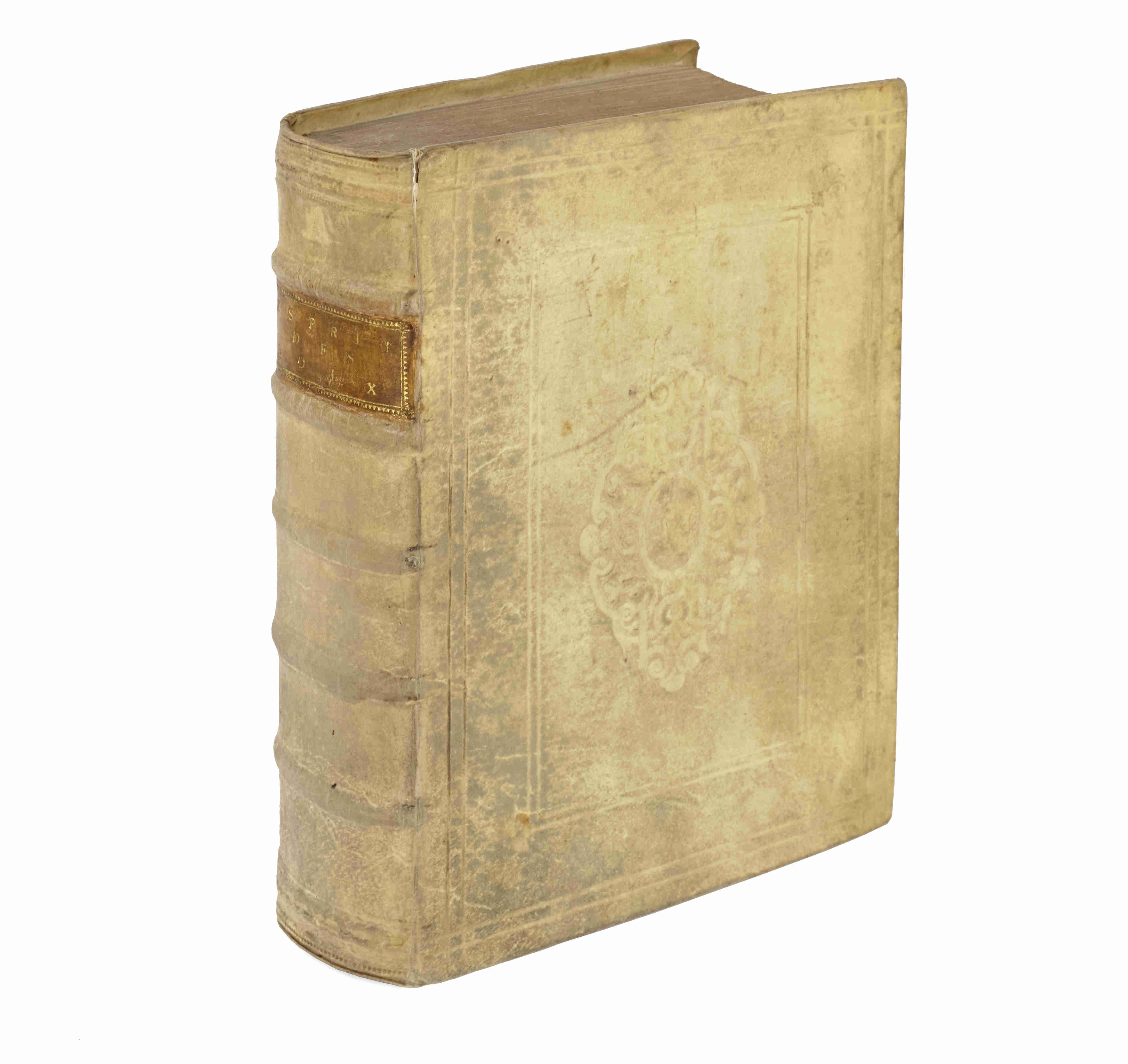 First edition, first issue. Montesquieu’s masterpiece of political theory, the principles of which formed the ideological basis of the French and American revolutions and were the cornerstone of the United States Constitution. Montesquieu argues that culture cannot be abstracted from the climate and geography of individual states, meaning there is no single best institution or set of laws; the best institutions are those adapted to the people that they serve and the best laws to the people that they govern. He also makes a case for the division of government and for the need for systems of checks and balances so as to ensure the rights of the individual. De l’esprit des loix foreshadows the work of the philosophes, despite the fact that in general they ignored him. This was probably due to the hostility of Voltaire, though even that great intellect was finally forced to praise Montesquieu’s book in public.

Rare early edition of the prototype of the picaresque novel, Guzman de Alfarache. The novel prepared the way for the acceptance of Cervantes’s Don Quixote by the literary public of Europe; and, like Don Quixote, it quickly inspired a sequel. The original part I appeared in 1599; Lujan de Sayavedra’s fraudulent sequel in 1602; and Aleman’s own retaliatory sequel in 1604.